The protagonist is the leading character of a story. It’s told from their point of view and hence they’re closest to the audience.

This is the reason why in most cases protagonists are the most popular characters in a story.

Sometimes supporting characters outshine the protagonists, when it comes to fan love.

This can be because they are more interesting than the protagonist. Maybe the audience relates to them more or they are just more bad-ass.

Today we are looking at 23+ supporting characters that outshine the protagonist! 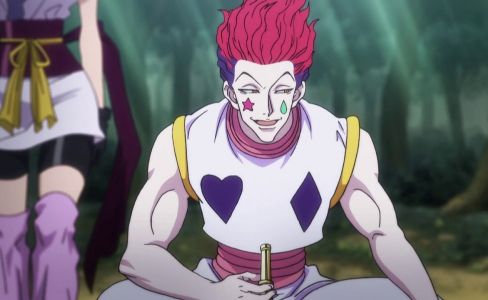 We’re starting this list with one of the most beloved antagonists in shonen … Hisoka Morow.

While has a huge and well-rounded cast of heroes & villains, Hisoka comes out to be the most popular antagonist in the series.

Hisoka is a very unorthodox character when it comes to shonen villains.

He, for the most part, doesn’t come in the way of our heroes, he helps them often in the series.

Hisoka’s grey morality and his unrivaled charisma might be the reason most fans prefer him to Gon Freecs, the protagonist of the story. 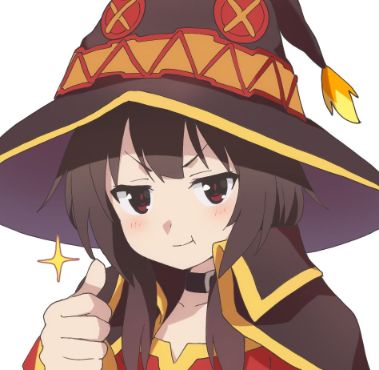 Megumin being more popular than Kazuma shouldn’t come as a surprise to any Konosuba fan.

She is one of the most popular anime waifus of the last decade. Her popularity doesn’t seem to fade away even after 3 years of Konosuba, and Season 2’s conclusion.

Megumin is an Arch Wizard of the Crimson Demon Clan and is the 1st person to join Kazuma’s party.

Megumin is supposed to be a wizard but fails in her tasks half the time. She acts childish and immature which actually makes her more likable.

Relevant: 27 Of The Most Likable Anime Characters 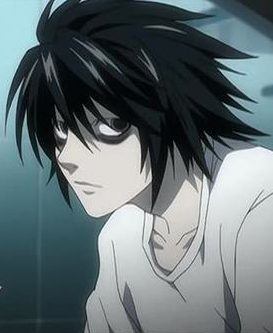 Light Yagami might be the protagonist of , but the way ’s story played out, it made Light the villain of the story.

L Lawliet who goes by his code name L is a world-renowned detective, who leads the investigation to catch the mass murderer Kira (Light Yagami).

He is a highly intelligent detective but is incompetent when it comes to social skills, making him relatable to the viewers. 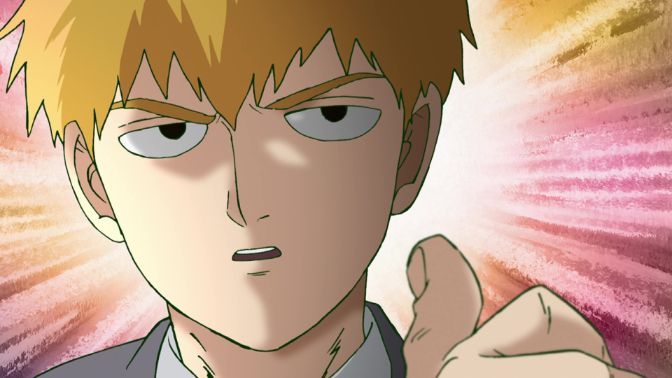 Mob might get numerous bad-ass moments throughout the series but it looks like viewers enjoy Reigen’s funny moments more.

He advertises himself as the “Greatest Psychic of the 21st Century” and scams people because he has zero psychic powers.

But he develops throughout the series, feeling guilty about his scams and reflecting on his self-worth.

This makes him an amazing character.

His relationship with Mob is also very wholesome. 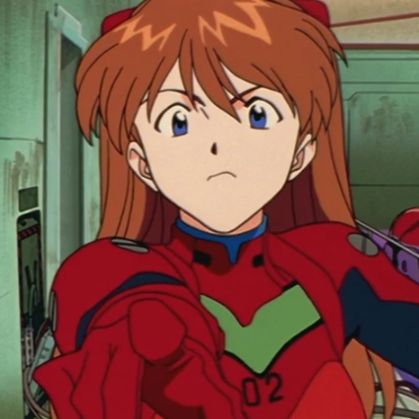 The classic tsundere of the world and one of the best to ever do it.

When Asuka was first introduced in the , it changed the atmosphere of the show.

But that changed when the show dwells deeper into her past, revealing how depressed she was.

That made her character even more interesting and hence she is very popular even today. 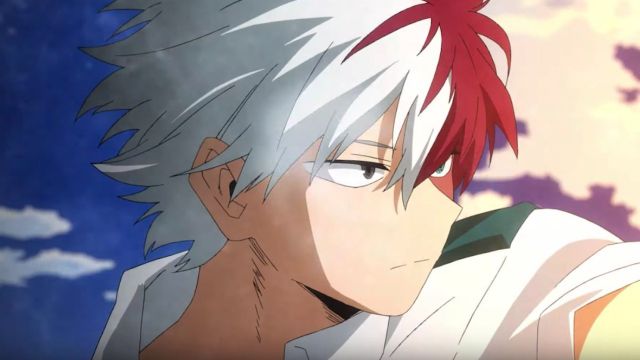 You can never go wrong with a cool edgy character in a shonen . Add to that a decent backstory and you get a fan favourite character.

Shoto captivated viewers attention from the start of the show due to his quirk, which appeared to be one of the coolest and strongest at the time (it still is).

MHA soon bombarded the viewers with the insecurities and struggles Shoto had because of his father Endeavor, which made his character unique and fascinating.

Post: Anime Characters Who Have Some Of The Most Unique Powers And Abilities 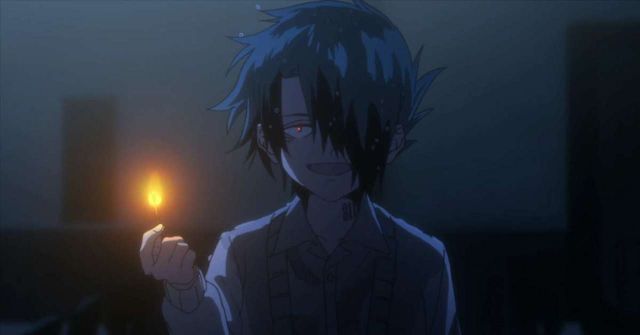 Ray is one of the most tragic characters in The Promised Neverland. After all, when you have your Mom as an antagonist, things get rough.

Despite being a depressed character, Ray is one of the smartest characters in the entire show.

Him outsmarting the villains is very entertaining to watch, and he is a valuable ally to our protagonist Emma.

He’s likable because of the selflessness he shows throughout the series.

Rem is one of the most popular female characters in all of . And deserving of it because the amount of emotional development she gets in the series is amazing.

Rem went from killing Subaru (the protagonist) to saving him both physically and emotionally.

Her character arc of her dealing with insecurities because of her older sister Ram was well done.

Josuke is a decent shonen protagonist, but when you put him against the character who is arguably the best villain in all of JJBA, the results are predictable.

Kira has to be one of the most unique villains in shonen history, he doesn’t have any bizarre goals of conquering something and he doesn’t thirst for power or anything similar either.

He is… in plain words, a serial killer with stand powers. 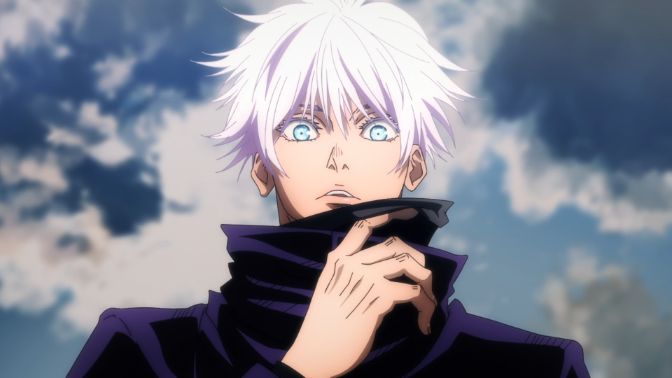 Jujutsu Kaisen has become a mainstream shonen and with its high popularity, we also have one of the most popular modern characters.

He’s not even the protagonist of the show (Yuji) but is his mentor.

The made it clear that Gojo is the strongest character in the series right off the bat.

That resulted in him being one of the most overpowered characters we have seen in a while.

Also his popularity went through the roof.

Post: 21+ Of The Hottest Anime Guys You Wish Were Real

We have another mentor figure on our list. This time the character who comes to every Gurren Lagann fan’s mind when talking about inspirational anime characters.

I wouldn’t blame you if you mistake Kamina for being a protagonist in the beginning.

Regardless of him being a protagonist in the beginning, he’s a likable character that influences people beyond fiction. 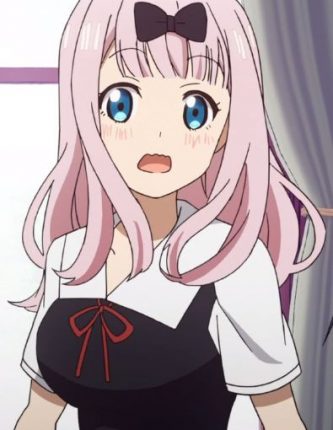 Chika Fujiwara is a character who became popular due to the adaptation of Kaguya-sama: Love Is War.

There was an ED with a cute dance by Chika, the Chika dance. It became a cultural phenomenon.

People who didn’t watch Kaguya-sama also knew about Chika because of this trend, and this led to her being extremely popular.

This is not to say that her popularity depends on the Chika dance.

She is a very entertaining and character in her own right, which also helps her being popular.

13. Sinbad (Magi: The Labyrinth of Magic) 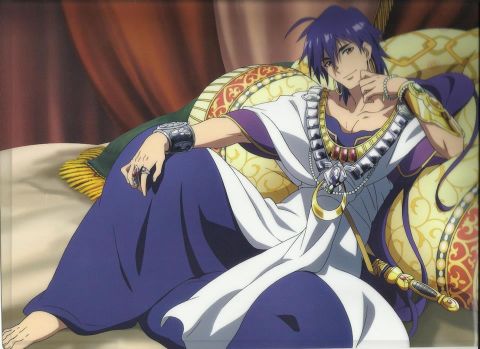 Sinbad is popular for the same reason Gojo Satoru is popular. He’s one of the strongest characters in the series, is funny and there’s a scene with him that will never bore you.

Sinbad also plays an important role when it comes to one of the most important themes of Magi: “What it means to be a true King ?”,

This also sets up a character arc for one of the protagonists of the series called Alibaba.

Related: 14 Magi Quotes That Will Make You Curious About Each Character

Emilia is the main heroine of Re:Zero, but don’t mistake her for the protagonist of the story, that’s Subaru.

Regardless of this, she is indeed more popular than Subaru.

Our protagonist’s main love interest seems to be loved by the fans too, since her introduction she quickly became one of the most popular waifus of this decade.

Her character truly came to shine with the recent season of Re:Zero which explored her past and made her character motivations clear.

This resulted in Emilia’s popularity skyrocketing even more.

Related: Why The Hate Towards Emilia From Re:Zero Is Exaggerated 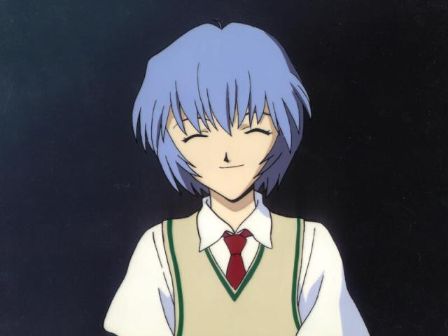 Rei was introduced as a mysterious character in the series. She didn’t open up to any characters, leaving them and the audience quite confused.

But like most of the characters in Neon Genesis Evangelion, the series explored her character episode by episode as she interacted more with the protagonist Shinji.

The people who only watched the series for Neon Genesis Evangelion might still be confused about the origins of her character.

That said, the movies explored her character even more resulting in her high popularity.

In the unforgiving depths of Abyss, when our protagonist Riko was hopeless, we got the introduction of Nanachi who became a ray of hope for Riko and the viewers.

While Nanachi being and having a fantastic voice actor helps her popularity, her character arc was amazing.

While her back story left viewers in shambles, she still proved to be a useful ally to Riko and is beloved by the fans.

Post: LOVED Made In Abyss? Then Try These 7 Anime Shows 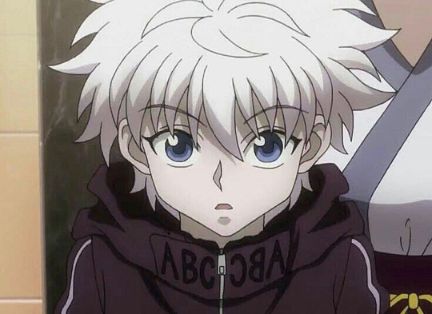 The cool best friend/rival type characters are always popular, but it is rare when they are more popular than the protagonist.

The reason for this is many people find Gon (the protagonist) a bit lacklustre compared to other characters in the show.

Aside from that, Killua’s backstory and  his development from being a cold-hearted assassin to caring about his friends is well done. 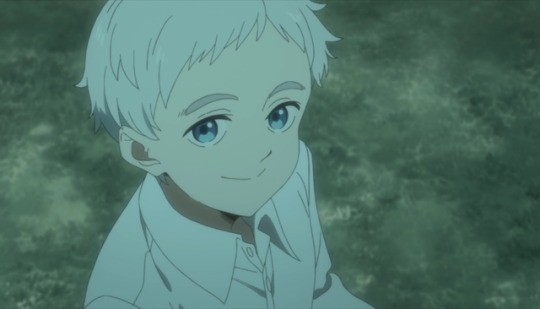 The self-sacrificial character trend continues to be loved by fans of Promised Neverland.

Norman is one of the deuteragonists of the series and easily one of the most interesting.

He was a fan-favourite character since the start of season 1 of the Promised Neverland.

While season 2 of the series made fans upset, Norman’s popularity continued to grow with the readers. 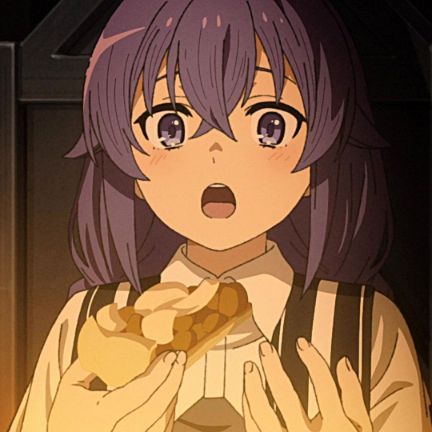 It’s time to add another sensei character to our list and this time for different reasons.

Roxy Migurdia is a talented Migurd Mage. She becomes a travelling tutor and eventually becomes Rudeus’ teacher to make a living for some time.

While Roxy might not follow the bad-ass sensei character cliche, fans love her because of the huge impact and positive change she made on our protagonist Rudeus.

Aside from that her character arc is pretty emotional to watch plus she’s , checking many boxes that makes a character popular. 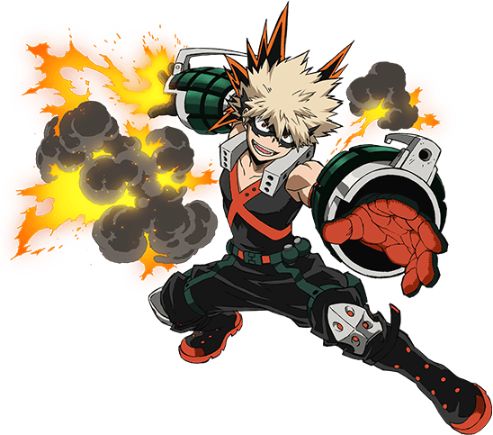 Bakugo has consecutively won 4 popularity polls in Japan. It says a lot about the cult following his character has.

While Bakugo certainly benefits from being a rival to the protagonist type character, there’s more to him because no rival character has become this popular when it comes to shonen.

It’s fascinating to see how Bakugo evolves from being an egoistic bully to a selfless hero. “A woman, 29 years old, who lives life so lightly as to barely allow the possibility of human touch. She protects herself by keeping relationships on the surface, and by running away”.

This is how the creators of Neon Genesis Evangelion describe Misato.

While she gets outshined by Rei and Asuka for popularity, she’s still slightly more popular than the protagonist.

Misato is one of the most entertaining characters in Neon Genesis Evangelion. From her bizarre introduction to her love life, everything is intriguing, making her loved by the fans.

22. Morgiana (Magi: The Labyrinth of Magic) 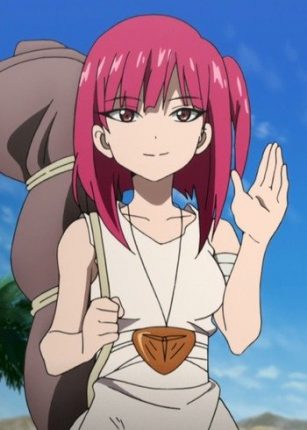 The female lead of Magi seems to outdo the protagonists Aladdin & Alibaba when it comes to fan love.

The fan love she gets is justified because her character is incredible, especially by shonen female standards.

Her character starts as a slave and develops as a compassionate, strong and captivating character.

These characteristics along with the fact that she’s really make her a fan-favourite character. 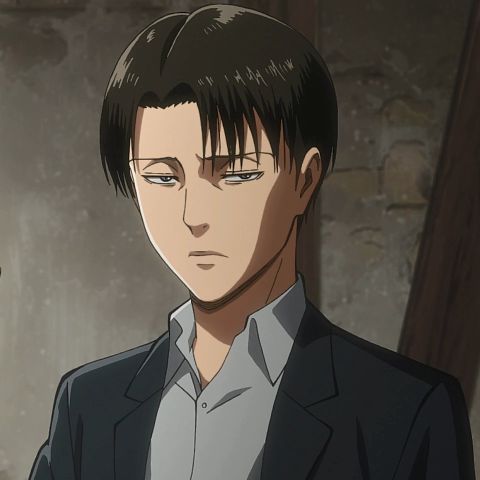 Who better to end this list other than one of the most popular characters: Levi Ackerman.

Levi instantly became a fan favourite because he was insanely overpowered and badass.

What made his popularity last over time is him being an exceptionally well-written character.

The combination of a character being complex and badass is the perfect recipe to make fans love a character.

While the protagonist of Attack on Titan has experienced a huge rise in popularity due to Season 4, Levi Ackerman still holds the crown of being the fan-favourite.

It’ll be interesting to see if Eren Yeager can take this crown from him by the end of Attack on Titan.

16+ Of The Best Anime Siblings Who Deserve Some Credit!

16+ Of The Most Shameless Anime Characters