Problematic characters is a broad way of describing it. But basically….

Or they’re just an all around c*nt, they end up being hated by many, or judged as a problem in the community.

More so by people who use these characters (some) as scapegoats as to why is bad for you. And the long list of other details.

Let’s get into all of it from all angles. It’s no wonder why Shou Tucker is on this list. He’s not just a hated character who will piss you off, he’s also problematic.

He shows up pretty early in the series, and is presented as a kind man and a good father.

With the amount of kindness and compassion he seemingly shows, and his overall persona seeming normal, it makes the plot twist that much more savage.

Even though the aftermath lead to memes down the line, he’s still considered a character the community isn’t a fan of.

His actions were too cruel to overlook. 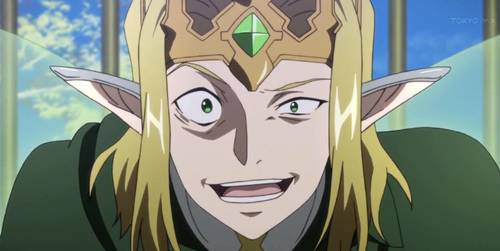 Nobuyuki Sugou, the man who shows up during the Fairy Dance arc in . He’s the former lover of Asuna, but it was one sided.

He’s the portrayal of a petty person gone mad, showing just how far this type of person will go because they can’t get over their feelings, rejection, or failures.

During the Fairy Dance arc Asuna is trapped, which he is responsible for. But it goes beyond that.

Asuna is violated and Nobuyuki just as a character is designed to be problematic and the type you hate without hesitation.

There’s no redeeming qualities for characters like this in .

Related: Why Sword Art Online Alicization Is So Good (And Probably The Best SAO Season) 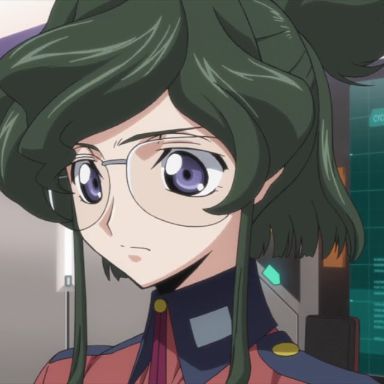 Nina Einstein is a character in Code Geass we could never have expected to be the way she is.

She’s a 17 year old girl who’s part of the student council. The typical type of who has her head stuck in books, and things of that nature.

So what’s so bad about a seemingly sweet girl like Nina who looks harmless?

She’s Xenophobic to the Elevens, a group of people (Japanese) who are mistreated and categorized. And she tries something insane (involving murder) but the attempt fails.

It goes even further as the series progresses, until it hits a point where her insanity becomes visible (facial expressions).

Without spoiling it, it’s a surprise if anyone see’s her as a favorite. The hate and criticism is strong for this one. 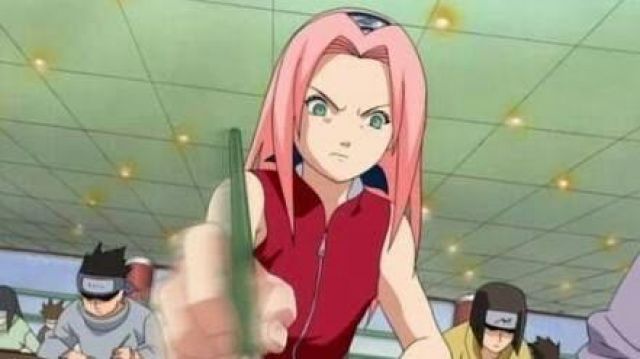 Sakura Haruno is a tritagonist of . Part of the famous team 7 with Kakashi. Sakura never matched up to the reputation though.

First off Sakura’s attitude in the beginning of is what bothered fans. More so her comments to about him being an orphan.

Even Sasuke called her out on it.

Then there’s her role of not being relevant when it counts, and being reduced to a side character even though she’s a main character.

The writing for Sakura is to blame for her problematic standing in the community (season 1 and 2).

She’s a controversial figure, and the debate is still going. 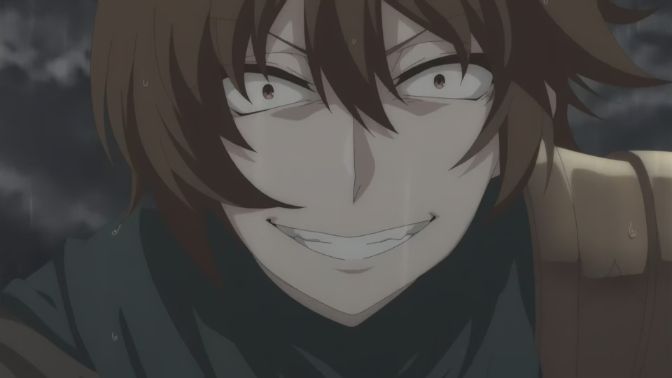 Keyaru, or Keyaruga is a regular swordsman and soon to be hero blessed with healing magic. But he’s exploited, manipulated, drugged, abused, and r*ped by the Jioral kingdom.

Understandably when the irons hot, he takes the opportunity to get revenge. Not before finding a way to “redo” time and take his revenge earlier when the time is right.

People and fans didn’t see it this way though. While Keyaru’s actions can’t be called moral, they are justified. But fans demonized him none the less.

Many fans feel the opposite way.

The itself has to be the most controversial series ever made. No service except Sentai had the balls to license it. 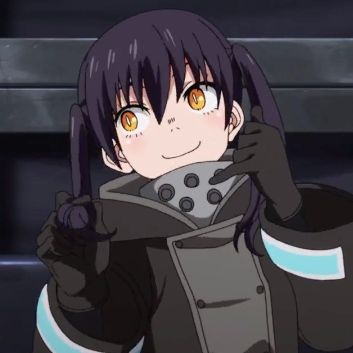 Tamaki is a , but feisty girl from the series. She has guts, even when she’s at a disadvantage in a fight.

Why is she problematic? Because of FAN SERVICE. It’s one point that drove a lot of fans up the wall during season 1 mostly.

Season 2 dilutes the fan service so there’s less of it.

That said, some people have dropped the series all together, or they refuse to watch it because of this one character who falls out of her clothes for no real reason.

She does get some serious development during S2 to be fair, but it’s short. Bakugo Katsuki is a major part of the series. He’s one of its main characters aside from DEKU.

His backstory plays into the hatred and problems people associate with Bakugo.

Growing up childhood friends with Deku, they were normal and friendly. But once Bakugo attains his QUIRK (power) he changes.

People kiss his ass because of his quirk, and it all goes to his head. Leading Bakugo to bully Deku for years, up until the present story.

It doesn’t help that Bakugo is also arrogant, has a superiority complex, and only respects those with power or other superficial things.

He has changed over the seasons but some people’s feelings towards him have not. 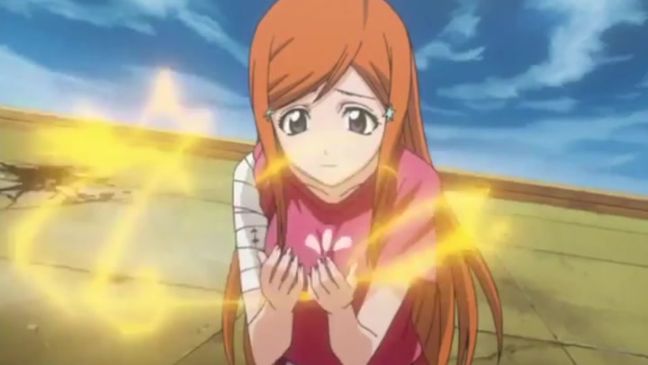 Orihime Inoue is a major character in the Bleach series, but sometimes for the wrong reasons.

She’s Ichigo’s childhood friend, and one of his school mates along with others like Tatsuki. Orihime is the kind of person who’s too kind for her own good.

Her downfall is the way her character is written, similar to Sakura from . Orihime is written as a damsel in distress who needs saving.

This is problematic for one reason: Orihime is one of the strongest. She has potential but it’s never explored or improved on.

She becomes a wasteful character in this sense, despite her likable personality traits in general.

Related: The Most USELESS Waifu&#8217;s Of All Time (Even When It’s Not Their Fault) 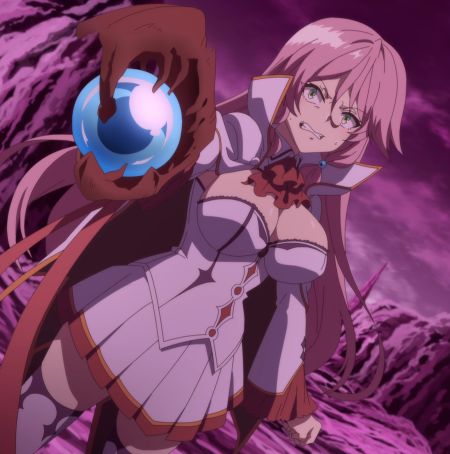 Freia is a princess of the Jioral Kingdom. She’s responsible for some of the colonization in the , the murder of difference races, and the stealing and robbery from those races.

Not to mention slavery, abuse, and oppression that happens behind closed doors.

It’s not hard to see why Freia is a problematic or hated character the fandom couldn’t stand. She’s the source of the ‘s savage plot.

Like many seemingly sadistic and people, once she’s backed into a corner she starts shaking, pleading, and begging for forgiveness. 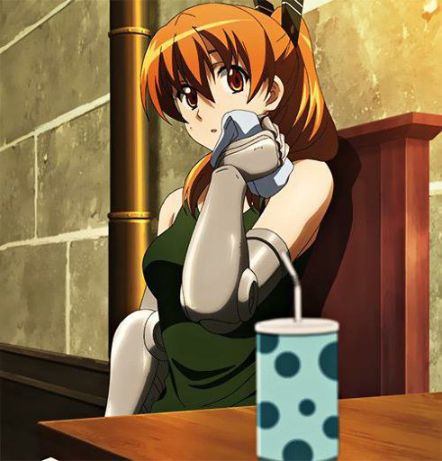 Seryu Ubiquitous, a seemingly kind, gentle, and loving girl who wants to do right by the law, the kingdom, and society.

She works within the capital and helps out those in need when she is able, and even indirectly helps an enemy without knowing it.

This makes her appear to be a good person and likable character, until a PLOT twist comes about.

She’s not just the most hated character in , but in as a whole she’s disliked. And is a problematic character.

There’s reasons other than immorality and a twisted sense of justice to explain this. Like how she’s a corrupted version of a likable Shounen MC.

Same qualities, but corrupted and steered in the wrong direction (as a character, not the writing). 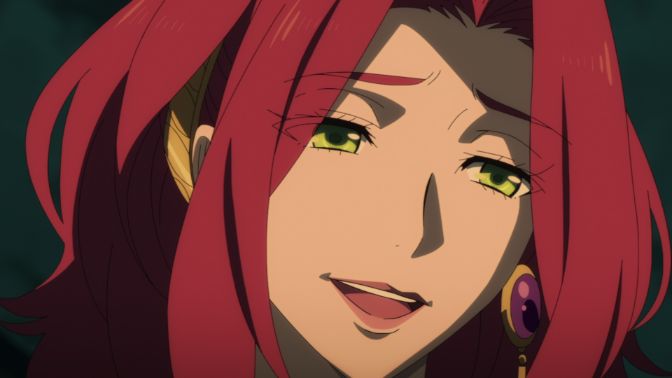 Myne is a problematic character right from the very first episode. Or at least that’s what we learn once you reach the end of it, and into episode 2.

She’s a princess. No not that kind of princess, but princess as in royalty. She knows how to good put on a good face and manipulate others.

The main character – Naofumi Iwatani learns this the hard way after thinking everything was wholesome and sweet.

She accuses him of a false r*pe allegations.

She publicizes it, and dramatizes an event that she made up in her own head. Everyone believes the woman because she’s a woman.

Naofumi’s reputation is ruined, and he becomes a lone wolf. 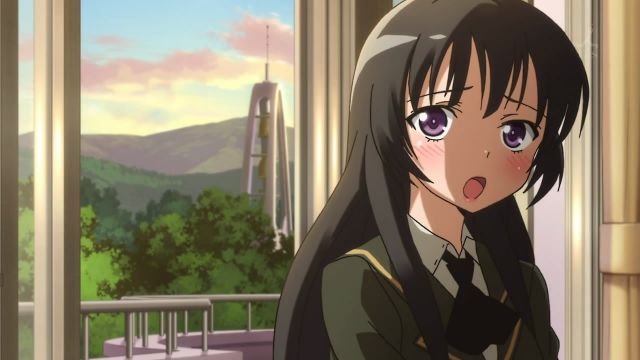 Yozora Mikazuki is one of the main girls of Haganai: I Don’t Have Many Friends. In fact she’s the first one from episode 1, along with Kodaka, a male character.

Once more girls come into the picture, you see the nasty, truer side to Yozora’s character.

For an about bullying and more importantly, loneliness and making friends, Yozora’s personality goes against the purpose of creating their own “friend” group.

She bullies Sena because she’s jealous and it’s a constant running theme.

Not everyone hates or thinks Yozora’s problematic, but many do and it’s clear. But this isn’t her full character. 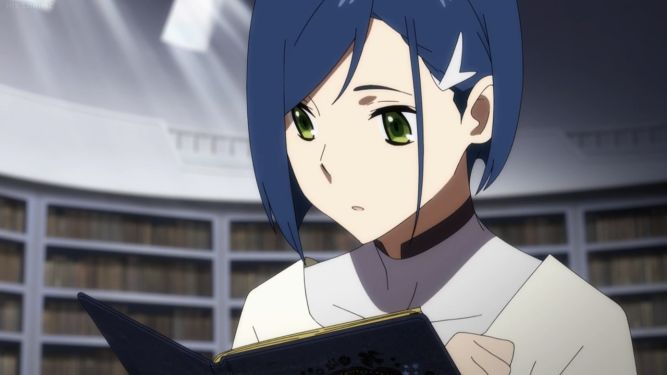 Ichigo from is a major reason for the ‘s controversy, but not the only reason.

She’s the good friend of Hiro, the male MC. And the “Love” rival for Zero Two eventually. It gets to a poit where Ichigo is so selfish that the fanbase erupted when the aired.

As a character she’s not afraid to take action, can come across as serious at times, is focused, but has a soft spot for Hiro.

The controversy (in my eyes) was more of an exaggeration, but it was a low moment for her character. 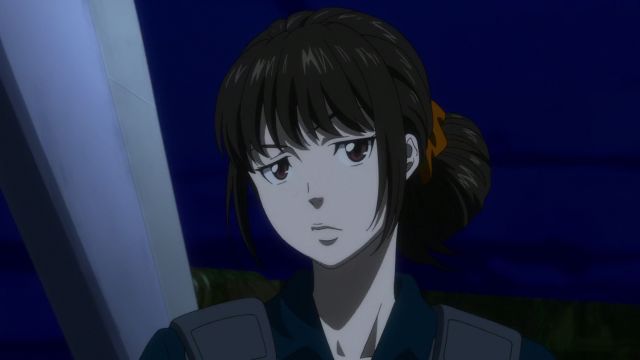 Mika Shimotsuki is a surprising character for the type of genre of she’s part of. Psycho Pass is a police, action, psychological series.

The running theme is a society driven by technology and robots, predominantly. The police force use guns that only shoot if the A.I says so.

Shimotsuki, unlike Akane who started from season 1 is:

And most of all – a nuisance who refuses to think critically (in critical situations). The writing quality dropped in season 2 because of this.

While she doesn’t completely destroy the and crash its ratings, season 1 fans know the pain that comes with Shimotsuki’s addition to the 2nd season.

The Most Controversial Anime Ships That Drive Fans Crazy