When you’re too silent and introverted, some people take that as a sign of disrespect. And will even go as far as believing you’re “arrogant”.

But depending on your appearance, the perception changes.

They love their own space, even more than they do hanging out with friends 24/7. Or doing the usual thing they’re expected to do in society.

Let’s talk about a bunch of characters with similar personalities and characteristics!

Silent Characters Who Love To Have “Alone” Time: 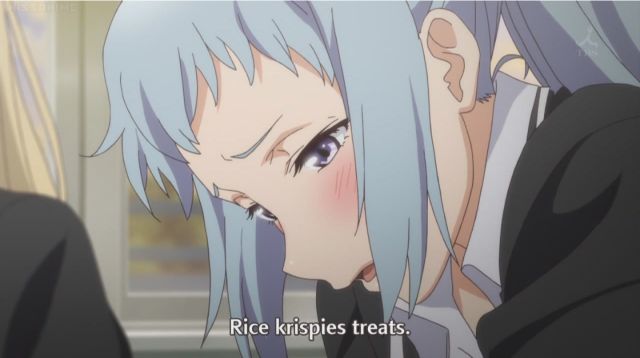 Saki Kawasaki is cute and “not one to F with” in the slice of life: Oregairu. Because she doesn’t hesitate to speak her mind if something’s bothering her.

But the funny thing is – she’s not the most talkative person in the series. She’s silent, quiet, observant and reserved a lot of the time.

Even more so than Yukinoshita.

But once you get to know her personality, you can see she;s a nice a character and a low-key “great” support-character overall. 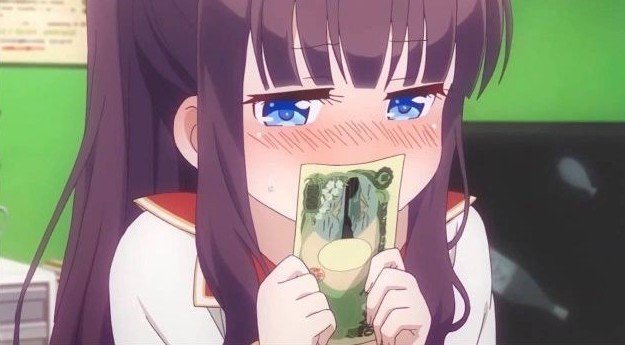 Hifumi Takimoto is an introvert. The most obvious type of Introvert in . 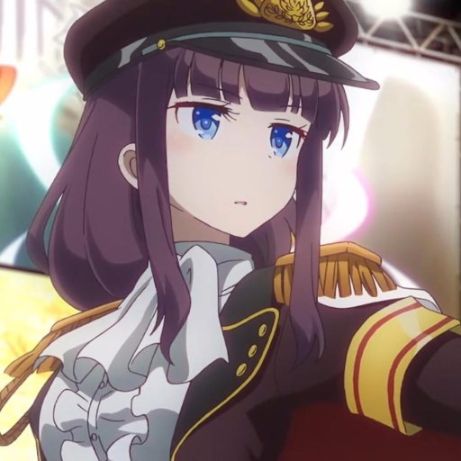 She perseveres and changes throughout season 1 and season 2, but alone time is what she enjoys the most.

It’s the one time she can get away from the stresses of working in the gaming industry. “Cosplaying” as a hobby to get away from work-related stuff. 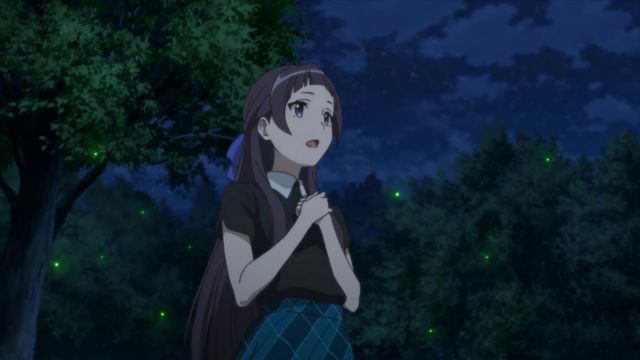 Ririko is another character who enjoys her “alone” time.

She’s the classic “introvert” who loves her own company, and avoids socializing with big crowds of people.

Reading, researching, learning and doing something productive is what she’s into the most. And she’s one of the most intelligent, thoughtful characters in Sakura Quest. 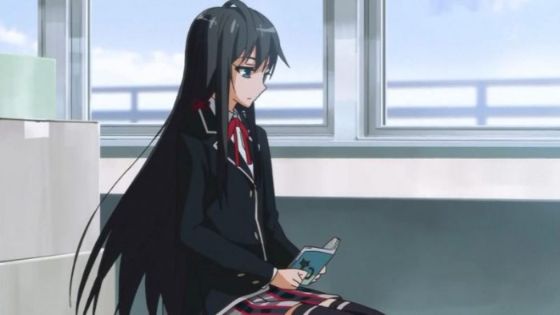 Yukino Yukinoshita is the kind of girl who could kill with her looks if you get on her bad side.

But it’s always with the best intentions, and never with malice or hatred for the person she’s dealing with. 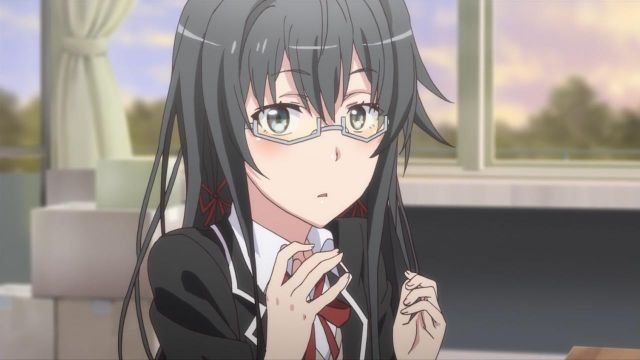 Just like Hachiman Hikigaya, she’s quiet and reserved. And will always choose to say nothing to avoid small talk or talking for the sake of it.

On the outside she appears “strong” but that’s far from the truth as you learn later.

Sousuke’s militant, loyal, and will jump off a cliff if you told him to (meaning he’s THAT loyal).

For a teenager though he’s a little stiff and too uptight because he’s been a soldier, working for the military since childhood.

He won’t say much unless it’s relevant. And won’t talk until your ears fall off, unless he’s passionate about the conversation.

And he’s one of the more independent characters who can adapt to almost any situation.

Mio Nishizono is a victim of bullying. No one likes, respects, or even treats her with decency.

They don’t give a F.

Mio’s different, and so – she’s avoided by everyone who’s unwilling to understand her out of ignorance and fear.

That’s part of why Mio Nishizono’s so introverted, quiet and reserved. Choosing to sit outside by herself and dive heads first into the world of books.

She knows how fake and disloyal people are. So only the most trustworthy, and “genuine” grab her attention.

Chiaki Hoshinomori starts off as a introvert who doesn’t socialize with anyone. But she’s known for being obsessed with gaming.

That’s all she does whenever she has time in school.

It’s not that she doesn’t know how to communicate with others… she’s just “silent”. And prefers her own company over the company of others.

Plus she’s secretly a game developer who sells and produces her own online. So there’s that as well.

She has an identity to maintain.

Naru Sekiya can’t handle social situations. She gets too flustered, falls apart and smashes to pieces like an egg shell.

Feeling too embarrassed to “pick her self up” again, followed by apologies…

That’s one way of saying she’s gentle, innocent and sometimes a little too nice but hesitant with her opinions.

Besides being the silent type, she’s thoughtful, empathetic and obsessively passionate when she cares a LOT about something.

Especially to the point of blabbing her mouth, only to feel “stupid” for saying so much afterwards. 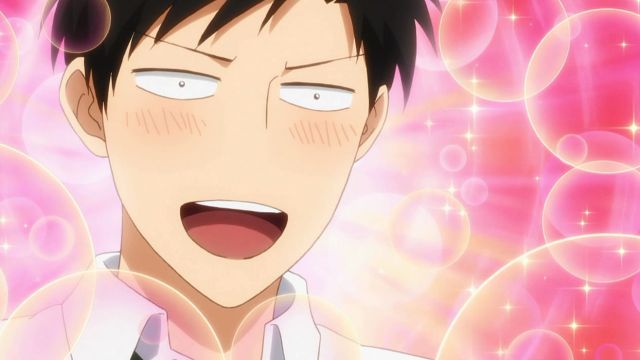 Nozaki Kun is a artist. So that’s all he cares about.

He’s not much of a talker, especially if he’s the one starting the conversation.

But he’s not opposed to it when it comes to general conversation. He can hold his own and communicate well (unlike other introverts). 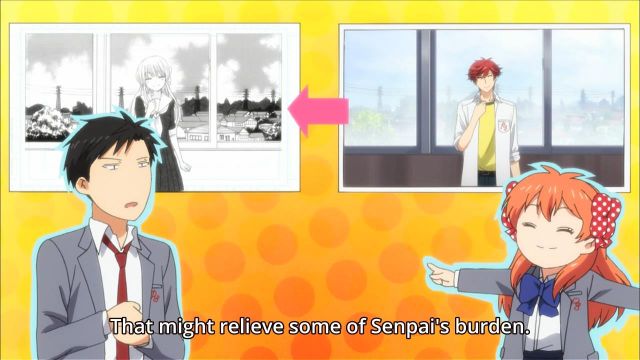 But as a creator , that’s mostly all he’s thinking about.

It’s another reason he enjoys his own company a lot more, because alone time = working on what he loves!

You’ve probably seen the memes, jokes and humor surrounding the Goblin Slayer online. Because his classic response to anything is “Souka”, or “I see” in the dubbed version.

He doesn’t give a F about the majority of conversations, but that’s a lie. The reason is he’s awkward and doesn’t know how to communicate with people or articulate himself in a way that’s simple.

That stems a lot from his childhood, and his experiences with death, pain and all the usual tropes this type of has.

He’s a silent, introverted guy who tells what you what he’s thinking when he’s ready to talk, and will listen carefully when he’s not in the mood. 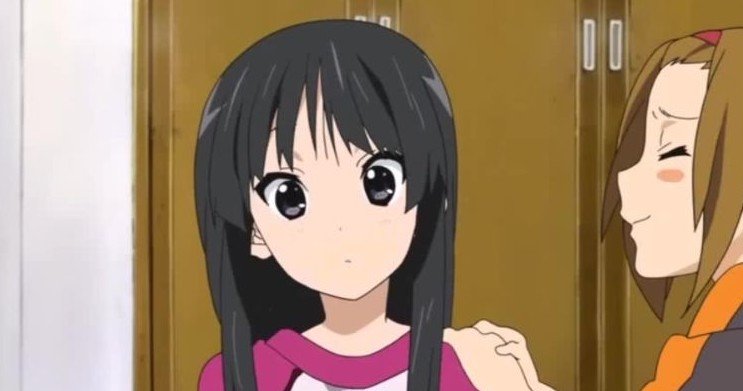 Mio Akiyama (Mio-Chan) loves writing lyrics and working on . It doesn’t matter if she’s alone or with people, she’ll do it.

Hard work doesn’t scare her off like most people.

Slacking isn’t a part of her nature, and neither is laziness or making excuses for why you haven’t done something… When it’s so easy to get it done in the first place.

Mio’s surprisingly quiet with strangers and anyone she’s not comfortable with yet. Or anyone who’s too extroverted and chatty.

But once she trusts you and has weighed you up from head to toe, she’s on the same page and her hard work will rub off on anyone she’s friends with.

Kirika Yuumura would have been a painter in a parallel world. She’s good at painting and mimicking drawings, even if she’s only seen it once or twice.

But the reality of her backstory is: she’s a murderer and freelance assassin. That’s the life she ‘s shoved into.

You can see she’s a level-headed, smart character if you look past her work as a freelance assassin. Especially seeing as she’s so young in the business.

But the cruel silence and awkwardness is why Kirika is a unique character.

Kai is a loner, introvert and has a hard time communicating with others. Because through the eyes of everyone else, they believe he’s aggressive and angry (since he’s so tall).

His eyes don’t help either, even though it’s obviously not his fault for how he looks.

What you get to realize is – even though he’s a silent guy who doesn’t say too much, he’s kind and considerate. And more sensitive to the world around him compared to his 3 brothers.

Jin is the definition of an “old school Samurai”. The type of guy who’d walk around villages and towns, sharing his wisdom with kids and even grown ups about morals, ethics and living life peacefully.

Jin is that kinda guy and he’s not one to go knocking on trouble’s door.

But he’s not the kinda guy you take lightly, either. He’s a man and will defend himself. Even kill if necessary.

That’s the kind of anime Samurai Champloo is.

In general though? Jin is calm, strangely gentle and quiet.

Kusuo Saiki avoids socializing with anyone and everyone, but there’s a good reason in his case: he’s a psychic.

That means he’s able to hear everyone’s thoughts up to 200 meters away or more. So crowded places cause a problem for him.

Saiki is still an introvert and doesn’t like attention. He’ll change the laws of nature JUST to avoid attracting too much attention to himself.

He’s that serious about it.

The fun thing about Saiki is – even though he’s silent and reserved, he talks telepathically with people.

No one knows any better because he’s able to alter people’s perceptions.

These 17 Anime Characters Are So Lonely It’ Kind Of Depressing