Gag anime characters are common, but not the most common types of characters for good reason.

Most anime would be too comical if that were the case.

While some gag characters don’t go beyond the joke, there are many that evolve beyond the comedy relief. Or who give you a lot more through character development.

Some characters are less gag than others, and vice versa.

Let’s focus on that.

Kuroko Shirai is a common gag in the Railgun series, and is a character few would think of when talking about gag characters.

The gag is she’s a lesbian who when she’s around Mikoto Misaka, she acts thirsty and annoyingly perverted.

She fancies Misaka after all (but Misaka isn’t a Lesbian).

Kuroko Shirai goes WELL BEYOND this gag though. Her character development and role in the series is solid for example.

She has some of the best:

And her work as a judgment officer makes Kuroko an official member dedicated to making society a better place. 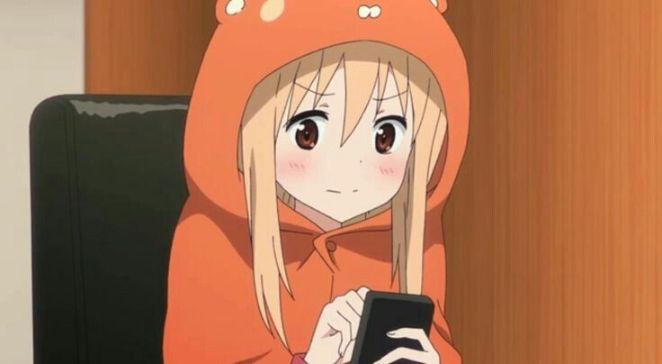 Umaru Doma is an entitled, spoilt little sh*t of a sister in the anime Umaru Chan, which is a /Seinen series.

In public and in school, Umaru Doma is the perfect student. She’s kind, helpful, thoughtful of others, and generous.

She’s also good looking in a cliche kind of way, which the anime plays on this joke.

At home though she’s a lazy slob who sits around gaming and watching anime. So she’s in effect a two faced character.

Umaru does go beyond her gags though, but some might not like her character much. More so in the beginning.

3. Subaru Uchimaki (The Art Club Has A Problem) 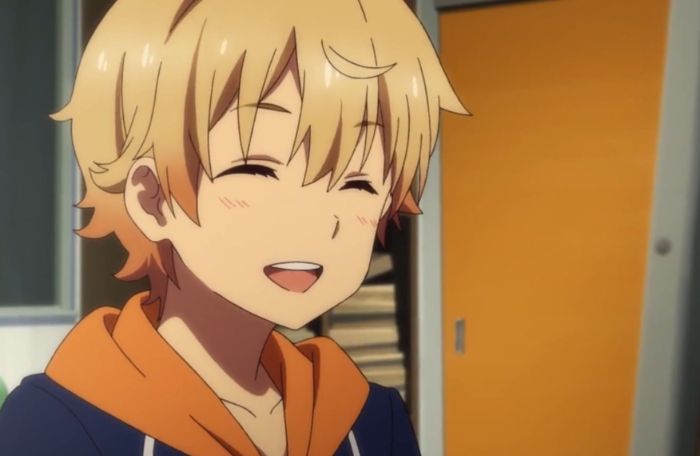 Subaru Uchimaki is one of the anime’s main characters in this school/comedy series.

One thing he’s known for is his love of waifu’s, and his shamelessness about his interest in 2D women.

He’s also an artist who happens to draw his own waifu’s and animated , to the annoyance of Usami, the female MC.

Being the Otaku he is, he’s more than just a gag. And in fact his gag elements are lightweight compared to more extreme characters in the industry. 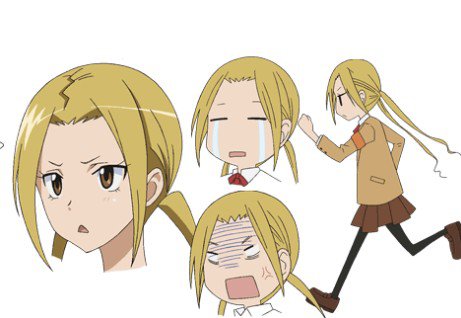 Suzu Hagimura’s gag focuses on one thing more than anything else: how small she is compared to others.

Even though she’s 16-18 years old, Suzu isn’t even average height. She’s smaller than that.

The anime often makes a joke out of it with animated signs, references, or even actual jokes related to Hagimura’s insecurity.

Like a lot of great gag characters she goes beyond the gag. She’s the smartest person in school with the highest IQ, and is one of the most normal characters in the student council.

She sanity to the insanity of the anime and its wild, politically incorrect comedy style. 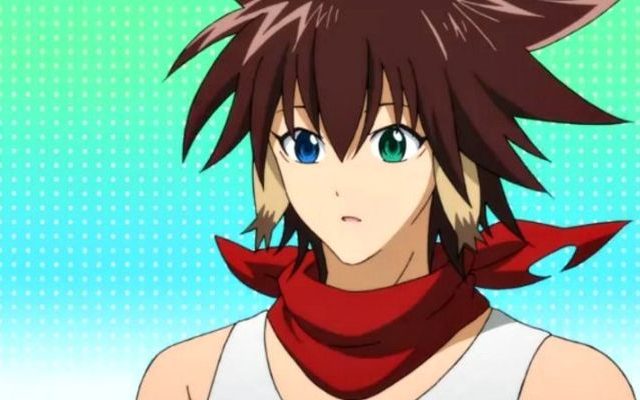 He’s a masochistic maniac, and one who mostly gets a kick out of the opposite sex abusing and dominating him.

He’ll do whatever Momiji tells him to do, and he’ll do it if some pain is involved, or if Momiji does something he wants in return.

Momou’s a pure gag, with little room for more compared to others on this list. 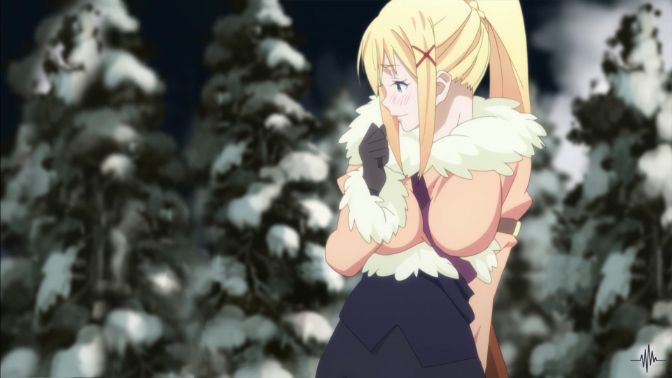 Darkness Lalatina is a swords-woman, and secretly a princess who goes by the name of “Lalatina”.

A name she hates being called.

She has standards as a knight and when talking about it, she seems sensible. But she’s a masochist with no shame or dignity when it comes to her darkest desires.

This is the running gag in all of Konosuba in one way or another. But she does have other qualities that complete her character. 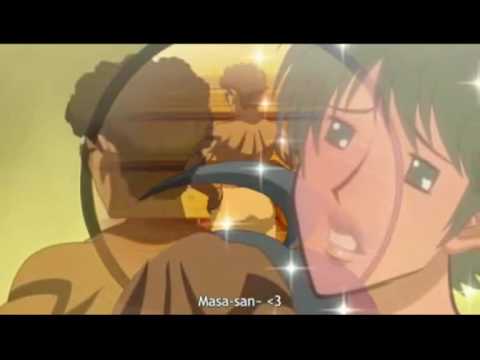 Masa is the math teacher in My Bride Is A Mermaid. He’s also considered “the handsome man” of the series, which is part of his running gag.

Afro hair, shades, and a smooth demeanor (like Michael Jackson), everyone seems to lose their mind around him in the anime.

Even the male MC Nagasumi Michishio, which adds to the gag. It’s pretty gay.

Masa is one of the few who aren’t trying to kill the main character out of jealousy or so called duty. 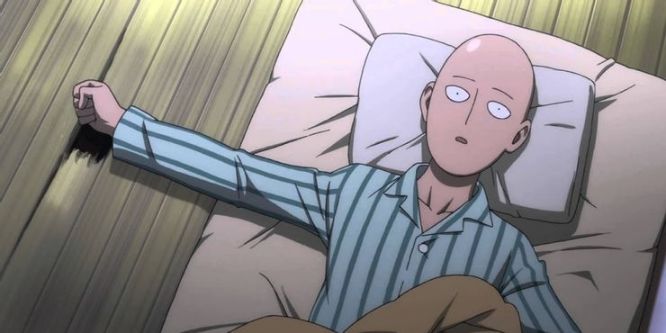 Saitama, the ONE PUNCH MAN with a slap-head so clean you could hear it echo if you open-handed it.

He trained so hard in his past life (when he was a businessman with hair), that he lost all his hair in the process.

After becoming so strong he can wipe anyone off the face of the earth with a single punch. The gag is Saitama’s power, and how he’s made to defeat anyone.

He goes beyond the gag though. Saitama is a depressed man who lacks fulfillment in his life.

Being able to win every fight has the made the act of doing it meaningless. And he’s a relatable character in other ways. 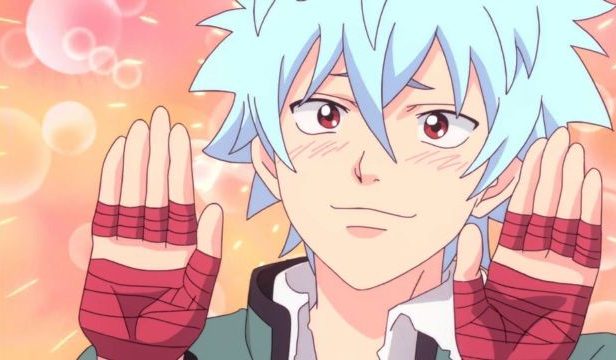 Shun Kaidou is a Chuunibyou, that’s his whole gag.

A chuunibyou is someone who still believes in supernatural stuff like superheroes, themselves having special powers and so on.

The kind of stuff you believe as a kid when your imagination is running wild.

Kaidou acts tougher than he is, but in reality is a wimp but more so a genuine person with a good heart and character.

Kaidou alone is comedy gold and the anime is better off because of his role. 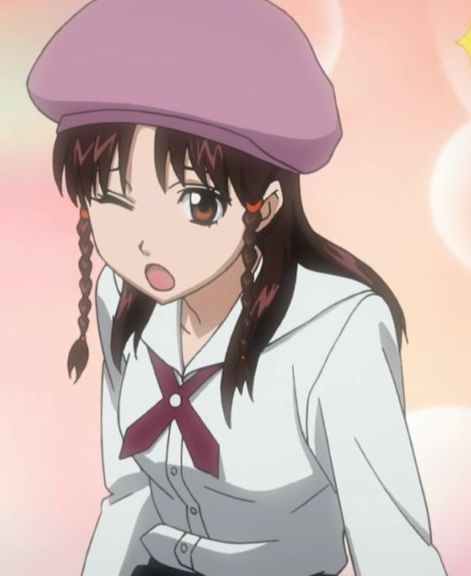 Roman Saotome is the artist and author in Sket Dance. She’s introduced quite soon into this 77+ episode series.

As a Shoujo lover, Roman is obsessed with Shoujo and in general. The definition of a “fan girl”.

This is what inspired her to create her own (even if her drawings aren’t the best). She still manages to become a professional.

Her “gag” is the fact that she acts like a Shoujo female character, and acts out the cliches found in Shoujo as a sort of pass-time.

She does it so well she has it down to a science, and it’s one of the unforgettable highlights of the entire series. 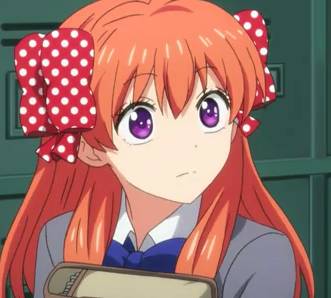 Chiyo Sakura is a 16 year old girl who fancies Nozaki Kun, a artist and author. He’s dense, tall, laid back and surprisingly funny.

She represents the cliche anime girl in a rom com series who’s trying to pursue her love interest, but fails miserably.

That’s the whole gag when it comes to Chiyo Sakura, but the anime has more to it than that (it’s a short series).

The comedy feels fresh in this one, and it doesn’t get as much shine as more popular rom com series. 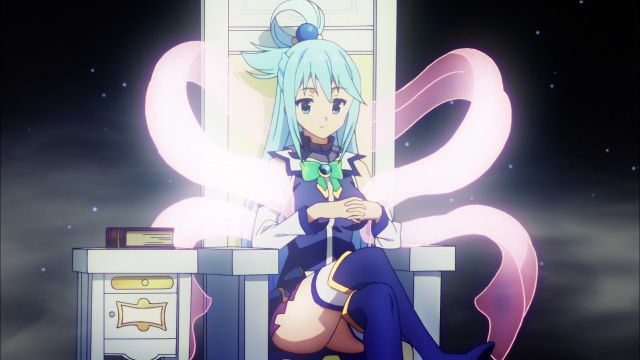 Goddess Aqua is the one who brings Kazuma to another world after his pathetic death. And laughs in his face before doing so.

She finds herself in the same world with Kazuma unintentionally, and in the “lower” world she’s useless.

Most of her powers don’t work.

Aqua’s uselessness is the gag and many anime like Cautious Hero have followed in the footsteps of Aqua from Konosuba.

She does offer more than this (aside from comedy) in the series, and she’s so relevant you just couldn’t take her away from the plot without ruining it. 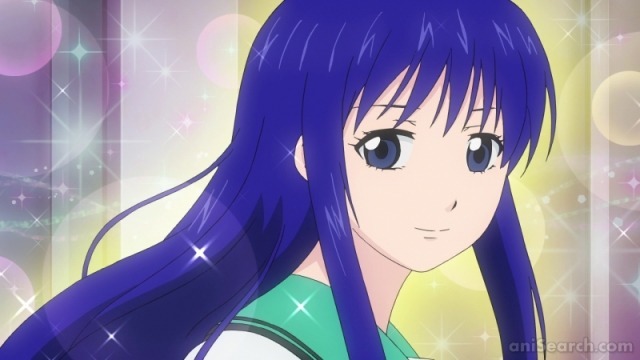 She’s seen as the most beautiful girl in school, and that seems to stretch outside of school when walking down a busy street for example.

On top of being pretty she’s:

And just about everything a guy would want in a girl or a wife.

The reality is Kokomi is disrespectful, arrogant, looks down on other people, and thinks she’s an angel sent down from heaven.

This side is hidden from plain sight, with the “gag” being front and center. Only Kusuo Saiki knows the truth because he’s psychic.

Still, she’s more than a gag and a really entertaining character.

Relevant: 23+ Of The Most Feminine Anime Characters

14. Hideyoshi Sarutobi (My Bride Is A Mermaid) 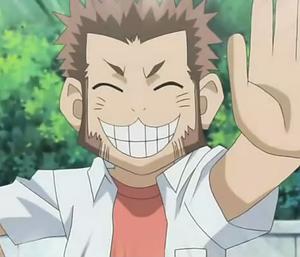 Hideyoshi Sarutobi is also known as “chimp” in the anime. He’s the friend of Nagasumi, who’s an MC, but Nagasumi doesn’t respect him much.

His running gag is his literally resembling a chimp, and the way he behaves isn’t far off either.

Throughout the anime he shows up in different scenarios, one of which where he’s giving advice and appears to look like Master Roshi from .

My Bride Is A Mermaid is a parody as well as comedy, so these types of character parodies happen a lot. 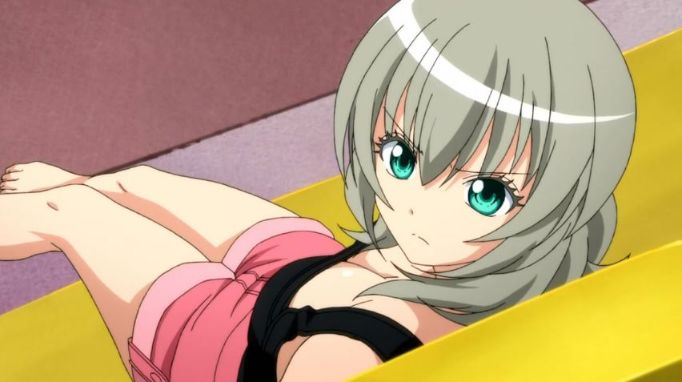 Ichiko Sakura, the main female character from Good Luck Girl has big tiddies and she flaunts it as a bragging statement.

She’s an arrogant, spoilt teenager who has a butler that takes care of everything for her (her family was rich).

When her butler ends up in hospital at one point, Ichiko’s ignorance and dependence on him reveals itself even more.

The anime’s plot plays a role in humbling Ichiko and this plays into her later but surprising character development. 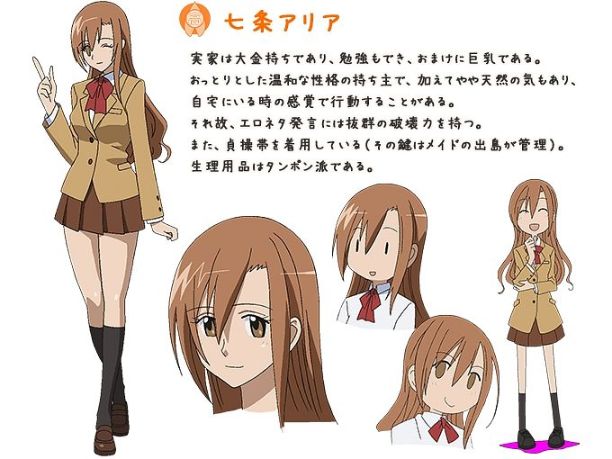 Shichijou Aria is one of the 4 main characters of Seitokai Yakuindomo. And one of the student council members.

Again, Shichijou does this in such a way she appears to be innocent and , but it’s all intentional.

She’s smarter than she lets on at times.

Riko Saikawa is a source of controversy in Miss Kobayashi’s Dragon Maid, among other characters.

In the anime Riko becomes friends with Kanna Kamui, one of the main dragons. Kanna is a “kid” dragon who’s much not an like the others.

Riko seems to like , not boys. And this is shown with her interest in Kanna Kamui.

She’s happy being around her, and loses her mind when Kanna does something for her out of kindness or otherwise.

This is part of the gag.

Riko is responsible for some of the anime’s most moments with Kanna, but the gag is either one you laugh your ass off at or one that makes you cringe.

After Seeing These 21 Anime Quotes, You’ll Be Laughing Your Ass Off Like A Maniac

20+ Innocent And Pure Anime Characters Who Will Soothe Your Soul