American anime characters are some of the most occasional in terms of how often they show up.

While American characters aren’t always main characters (which makes sense) they do have relevant roles in some anime.

More so when the role involves action or something similar. 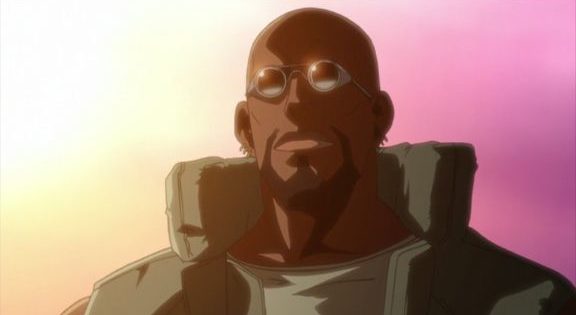 Dutch from Black Lagoon is the boss of the Lagoon company. And doesn’t slack off when it comes to business in the underworld.

Revy, Rock and Benny all respect Dutch as a leader. Though as a character – Dutch isn’t into being the center of attention too much.

He has a history with the US navy and that plays into his skills in the Lagoon company. And his knowledge on certain subjects.

Related: These 11 Anime Characters Have Some Of The Saddest Pasts

Colonel Sanders has a typical American attitude in the Taboo Tattoo series. At least that’s how he’s portrayed in the DUBBED version of the anime.

He’s brash, loud mouthed, unafraid to speak his mind and won’t hesitate to drop an F bomb or two.

One thing above all is Colonel Sanders is energetic and knows how to get everyone on his squad hyped up. That’s the type of energy he has.

Optimistic and committed even in the worst of situations, which speaks to his militant history. 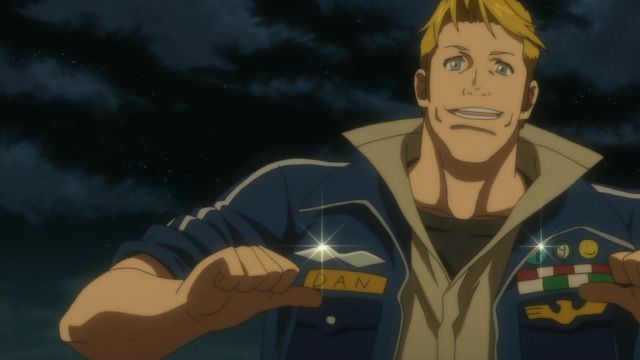 Dan Eagleman has a similar personality to Colonel Sanders, with the exception that Dan is from Guilty Crown. And he’s unconventional.

His tactics seem backwards or even sideways when looked at on the surface, but that’s what makes him unique.

A mix of wacky but effective ideas and the leadership persona to go with it.

Relevant: The Greatest Guilty Crown Quotes To Help You Remember The Anime 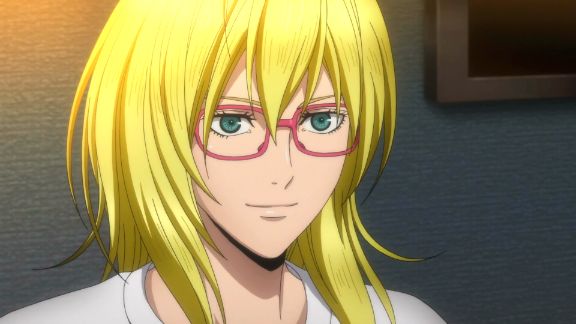 Alexandra Garcia is a flirty character in Kuroko No Basket.

A blonde woman who admittedly is designed down to the cliche with her looks and sometimes personality.

She is a relevant character though in the sense she teaches other characters the necessities since she has experience with basketball.

Her main reason for not continuing with it is an illness. 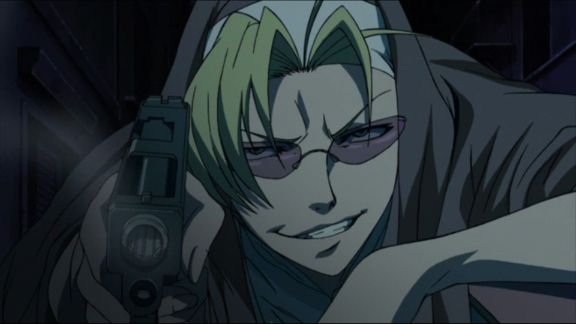 Eda is a “fake” nun in the Black Lagoon series. Given the type of anime Black Lagoon is, it’s no surprise the nun style of dressing is a sham.

Eda’s no different to Revy Rebecca (the MC) in a lot of ways, and won’t hesitate to pull the trigger when she needs to.

Unlike Garcia, Eda is anything but the cliche blonde female character. And is an absolute savage. 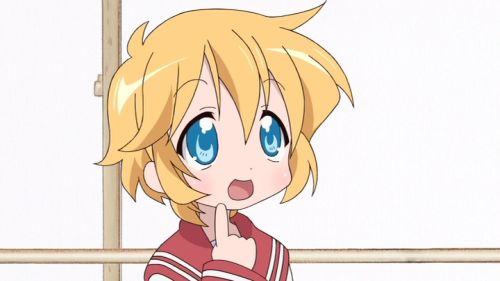 Patricia Martin is the transfer student in Lucky Star. A slice of life/comedy from Kyoto Animation.

The irony of Patricia’s character is similar to how SOME US fans learn Japanese.

Basically she learns Japanese in Lucky Star through her love of anime and . And she learns it fast.

Patricia’s also into Yaoi (Gay ) and that fits with her overall role and how she fits into the so called plot. 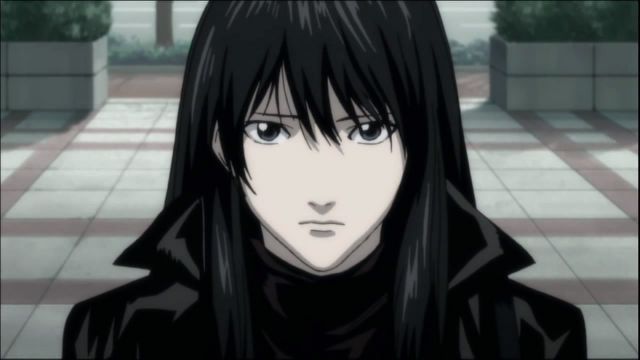 Naomi Misora is a character I rooted for in . I liked the “arc” and how her role played into the plot.

She’s an FBI detective, a retired one.

After her husband’s incident related to Light Yagami, or “Kira” she starts working as an FBI agent again.

The murder of 12 other FBI agents is also her motivation for solving, catching and arresting Kira.

Just like Eda from Black Lagoon she’s not typical or cliche as an American character. 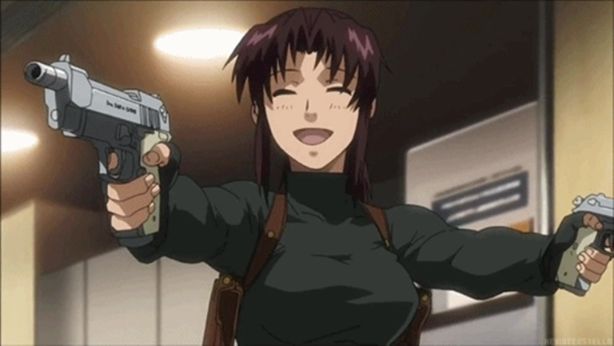 Revy Rebecca is a Chinese-American and grew up in a crime ridden environment. With police officers who are known for their brutality and misuse of their power.

This upbringing makes Revy a strong, cold and “tough nut to crack” type of character.

It’s the perfect example of how your childhood influences your future.

She’s the star of the show and one of the highlights of female characters worth their salt in anime. 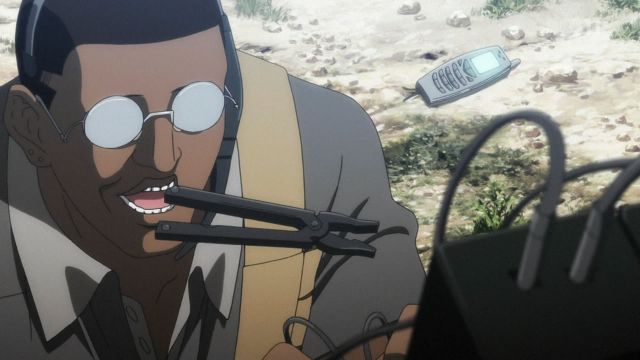 Wiley is a former army officer in the Jormungand series. And one of Koko Hekmatyar’s henchmen who protect and fight for her in the arms dealing business.

He’s a chilled and laid back kind of guy, and generally is a nice person who gets along with anyone.

One thing about Wiley though is he gets over excited when it comes to bombs.

He knows how to make them from his army days and for him it’s like a passion that brings out the inner-kid inside.

Relevant: 12+ Of The Best Black Male Characters In Anime 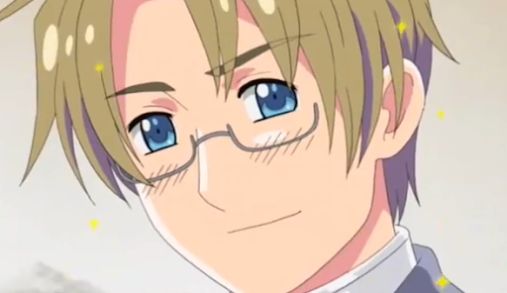 America is the main character in this historical parody type of anime series. That’s why you can’t really take it seriously for what you see in the anime.

America as you can imagine has a lot of cliches in his personality.

A lot of his ideals are very American. Freedom, justice, and all that other sh*t are the words he attaches himself to.

And of course: sticking his nose in everyone’s business is another cliche trait that defines his character. 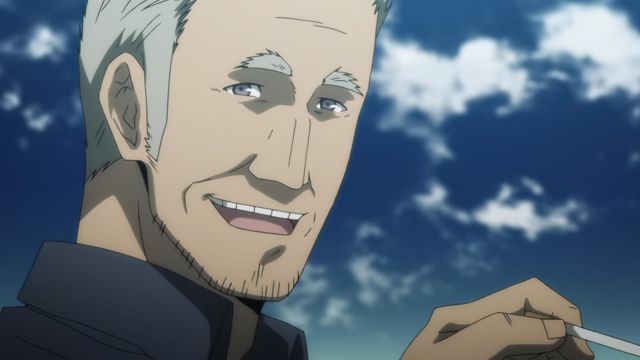 Lehm is an ex-delta force officer and is from the United States. He’s one of the main snipers in Jormungand.

As the eldest character with the most experience in combat compared to others, he’s able to assess situations better than others. And keep everyone on the same page.

He’s cool, calm and collected. And never panics or loses control in tough and dangerous situations.

He’s like a secondary leader in the Jormungand series and most other characters have a lot of respect for him.