Kantai Collection is a type of anime adapted from a popular online video game. A browser game to be specific.

It’s about a girl called Fubuki Class Destroyer, the main character of the series. But it evolves from that in season 1 and becomes even more during the now airing 2nd season of Kantai Collection. Which has new characters.

This anime has some historical elements to it.

Each girl in the form of battle ships fights off an enemy called The Abyssal Fleet. They tend to come from the sea and attack, forcing soldiers to go out to sea and fight the good fight.

Season 1 isn’t violent like a comparable series. In fact, it’s more with the odd serious parts. 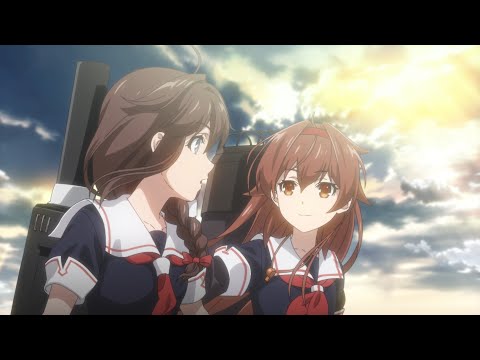 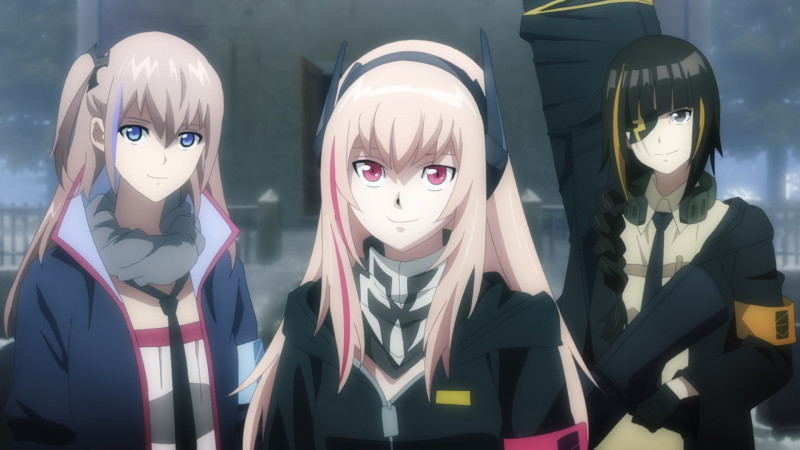 Also another anime in the military genre, and one with who use guns and heavy-duty equipment. This anime is also adapted from a popular video game.

The plot is about “dolls”, female androids who have gone rogue, and a certain selection of soldiers have been tasked to deal with this issue. The rogue dolls are also a threat to humans.

If we’re talking about visuals, Dolls Frontline is in a league of its own. It’s one of the most aesthetically pleasing anime to have been released in 2022.

Action-wise, it’s not the best-executed series, but overall it’s comparable to Kantai Collection and a good series adapted from a game to transition into.’ 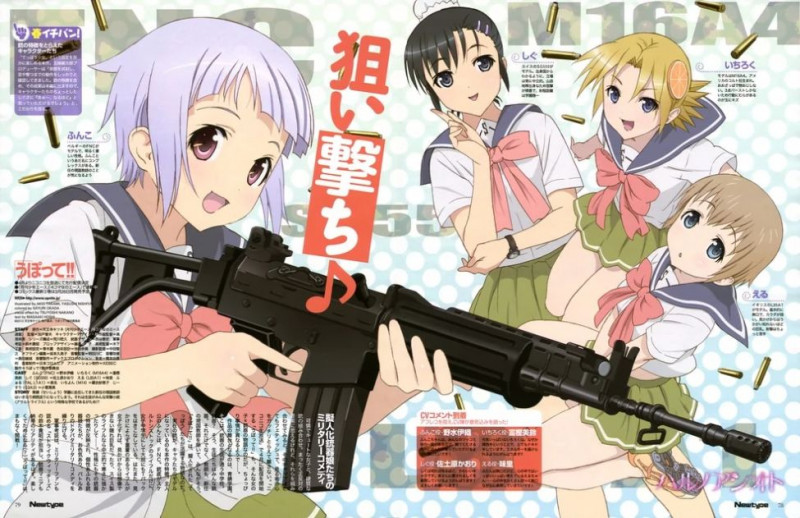 This anime is one of the cutest looking in the genre and another that follows the trope of who are weapons of some kind.

In this anime, the are guns, literally. The lethal type.

Don’t expect too much of a serious or focused story in this one, and don’t go into this series expecting to be blown away by the overall writing and quality.

It’s a -type of series that gives you an element of relaxation, humour, jokes, comedy, and even nonsense to pass the time.

There’s an element here to be aware of as well. 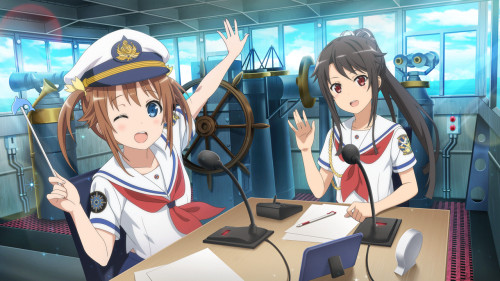 The main characters, the fleet of are called Blue Mermaids. A type of girl who’s dedicated and committed to protecting the seas in which they live and travel.

Big ships, boats, the ocean, and living within these ships are what you can expect from this anime as far as scenes, scenery, background, locations, and so on.

It’s all done in a setting with the occasional battles, fights, and actions of protecting their livelihoods and lives in general.

There’s a focused school element as well that runs through classes, what they’re taught in a school aboard a ship, and so on.

Related: 19+ Moe Anime Characters Who Are Too Kawaii For Their Own Good 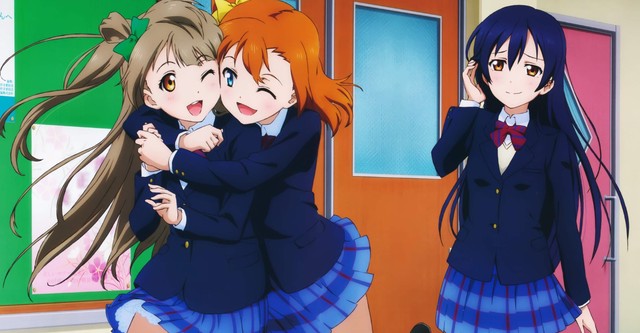 A slice of life Idol series in its own right by this point, and the foundation of the love live series that continues to pump out new content to this day in the franchise.

Honoka Kousaka, the orange-haired dere dere character is the main protagonist of sorts. Followed by her friends Umi Sonoda, the hard-working introvert, and Kotori Minami, the cheerful and pleasant girl.

They all form the group U’s (pronounced “Muse”) which eventually has 9 members before they all start performing together as an idol group. All while in school.

It’s an all-girls anime with no male characters in sight for the most part, and a example of a doing things moe anime series. Start Shopping Now
We earn a commission from Amazon & other affiliates if you make a purchase at no additional cost to you. 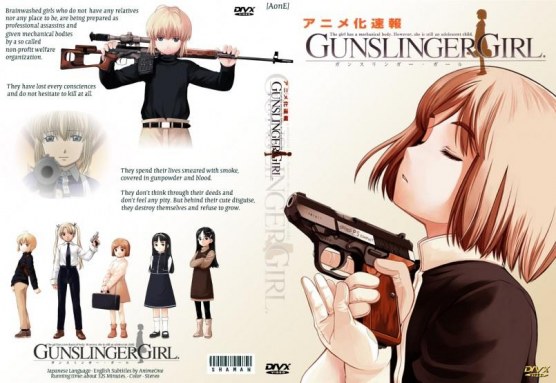 Made by Madhouse Studios, Gunslinger Girl is the type of anime that feels wrong while you watch it. Because the story is about are too young to be doing what they’re doing.

After a tragic incident between all the main , in a life or death situation, they’re given the option to live. But the consequence is they have to work for the government and do their underhanded “dirty work”.

Henrietta, one example in the anime knows how to lock and load guns before her teenage years, and is now trained to kill. She and others are conditioned through drugs to keep them in line.

It also suppresses their emotions and feelings somewhat.

Despite being similar to Kantai Collection in a lot of ways, it’s severely more depressing and true to life. With some of the best violin you’ll hear in an anime. 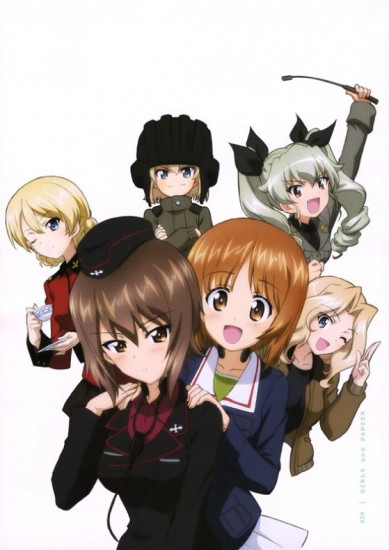 Another good example of an anime that highlights and uses the girl trope, but mixes it with , guns, and things that usually would be more serious in a different setting.

Miho Nishizumi is the orange-haired main character with a mop for a hairstyle. She has an older sister called Maho Nishizumi who is an influential person in her field of work.

Miho’s friends include Yukari, who’s a passionate girl, Saori, who’s extroverted, Mako, who’s lazy but smart, and Hana, who always seems tired and is taller than others.

They all compete in mock battles called “Tankery” where they fight each other in tanks, a type of sport, but it’s not the real thing as far as weaponry and artillery.

They’re forced to fight and win to save their school from shutting down. 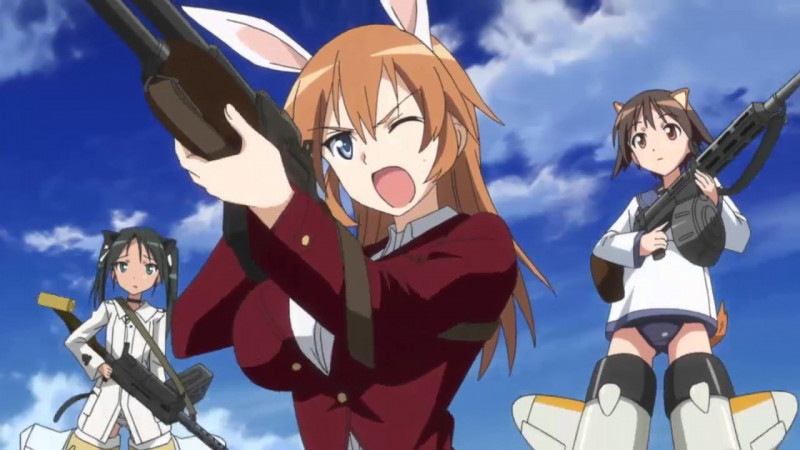 This is a series that’s been running for years with many variations, adaptations, movies, and seasons. Some with their own unique story.

The anime is about a threat. The Strike Unit is created to deal with this threat. Most of them if not all are female characters. Many of them are teenagers.

You can think of Strike Witches as a younger version of Azur Lane as far as character designs, ages of characters, and how they look.

There is an and Sci-fi element here, so it might be off-putting for some. 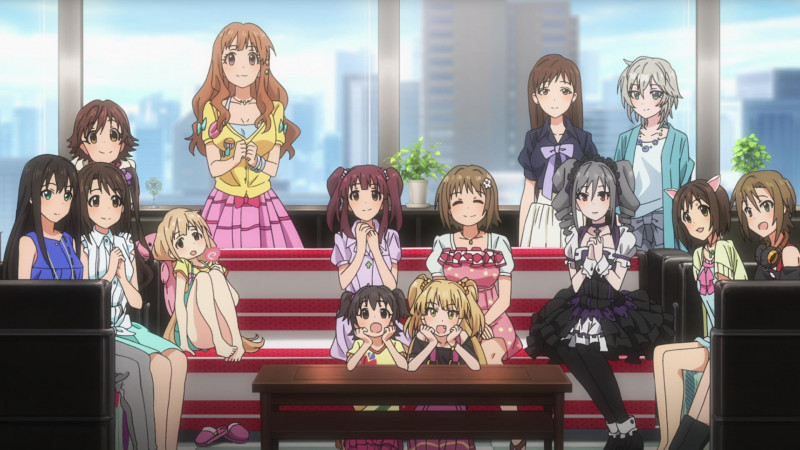 Similar to both Love Live and Kantai Collection, Idolmaster Cinderella also has . And it’s a series focused on idols in particular with no militant elements at all.

It’s a series like Kantai Collection. What makes this unique is the attention to detail as far as what it’s like to be an idol, idol life, behind the scenes, working with assistants, within a company, and so on.

In this sense, the writing is a lot like the anime Shirobako, but it’s a good anime to transition into after Kantai Collection for something more relaxing with no violence or action whatsoever. 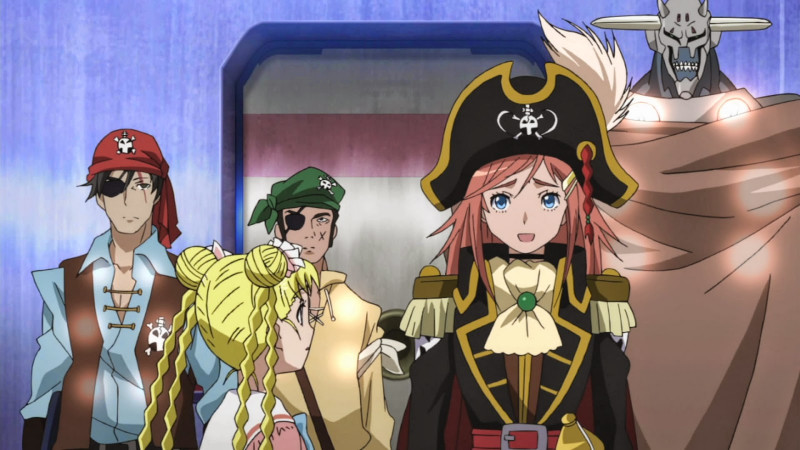 And then there’s Bodacious Space Pirates. An anime that doesn’t sound like Kantai Collection on the surface but is, and an anime most haven’t heard of at all.

It’s a sci-fi series with Marika Kato, the main character, being a pirate, flying around space in the ship called Bentenmaru, and occasionally getting into fights. But not serious fights of sorts.

The anime is more like an action parody of how the action usually turns out, but the main element to pay attention to are the adventurers, the vibes, the comedy, and the changing locations and scenery.

There’s also an element of cyber warfare as opposed to physical warfare.

17+ Of The Best Sci-fi Anime That Wont Disappoint!