Thicc anime waifu’s come in all shapes and sizes, just like the real world. Anime is just designed to a perfection that shouldn’t always be taken seriously or literally.

From anime who are:

And plenty more, let’s focus on anime women who fit the bill in this post. 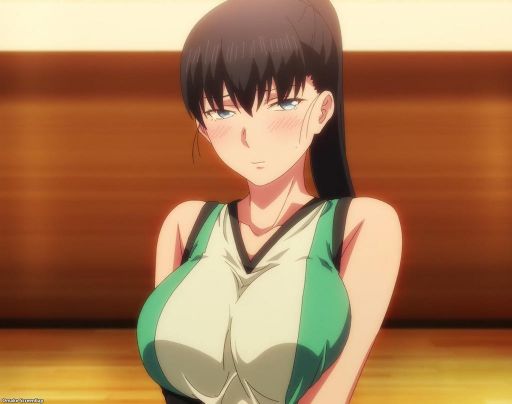 Akira Todo is an anime girl from the Shuumatsu No Harem series, an anime that just ended not too long ago.

She’s a volleyball player and performs well when it comes to sports in general. She’s also one of the anime’s tallest characters.

Akira has big breasts, is curvy, and is actually slightly more shy than she might first appear. And can be considered an introvert. 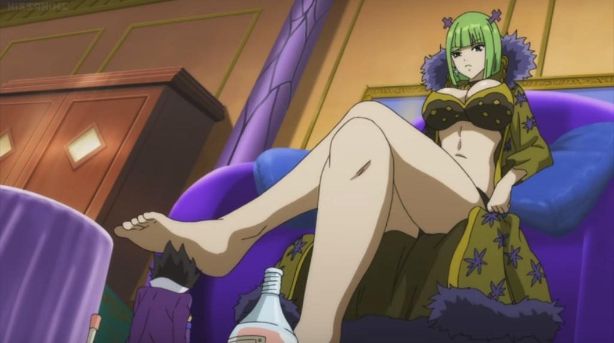 Brandish from is one of the anime’s many beauty’s and lush ladies. She has green hair unlike the others.

She starts out as an enemy of , but her connection to Lucy Heartfilia and other motives changes her motives and her goals.

Brandish has the power to minimize or enlarge anything she touches. People, objects, things, it doesn’t matter. She’s also got it going on in all the right places. 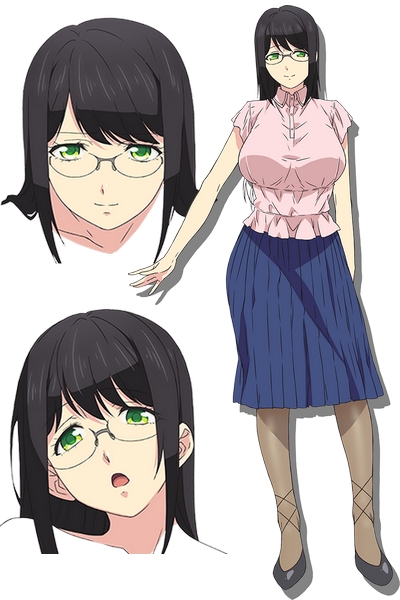 Yuzuki Hanyu is the teacher from Shuumatsu No Harem, and one who is a teacher for the anime character Shoto Sama (Doi-Kun).

When she first meets Shoto, they have a casual relationship between student and teacher, but that changes once she makes a move and the two become lovers.

Suddenly she’s forced to leave the school because it goes against the agenda of the “program” designed to use men to mate with multiple women.

This visibly break s her heart and it does for Shoto as well. Yuzuki is thicc from head to toe.

Masane Amaha is the main protagonist from Witchblade. And she’s got a lot more going on than just her looks or her obvious assets.

She’s the mother of Rihiko, and she protects her with her life constantly. After being infected by the Witchblade, she now has a mysterious power she’s trying to control.

Throughout the anime things start to get problematic and her personality starts to shine through even more as things get more intense. 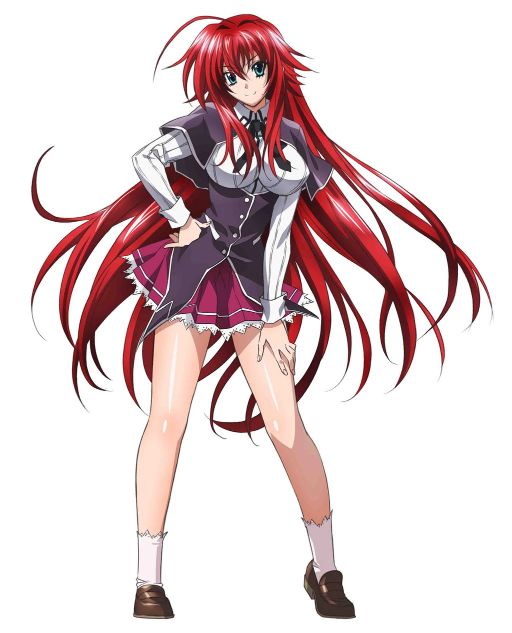 Rias Gremory from DxD is one of the hotties from the genre, and one of the best from anime as a whole.

She’s one of the main female characters of the series, and this is also true when it comes to her with Issei. Which actually goes somewhere.

Being a demon she’s powerful and isn’t one to be taken lightly, even as a universe in terms of power and abilities. Isuzu Sento is a hottie, courtesy of Kyoto Animation. She’s one of the main characters of the series and tends to be stoic and calm most of the time.

As with certain types of anime series, Isuzu Sento and other dress up and indirectly show off their bodies. Isuzu’s of which is thicc.

The anime is more about comedy than itself though and has decent concepts. 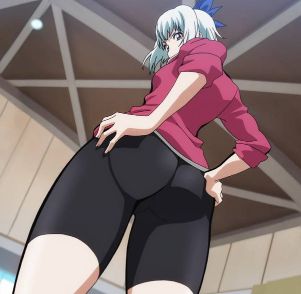 Sayaka Miyata from the Keijo series is naturally gifted with assets and is thicc in obvious areas. This anime is about sports where play literally with their booty.

They can knock each other out, battle in a style like , and they’re seen exercising a lot to workout and stay fit.

Miyata is no exception. 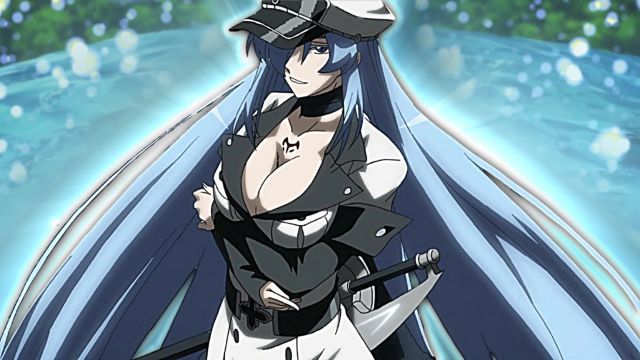 Esdeath is one of the baddies from who happens to be , appealing, and obviously attractive despite being  villain.

She grew up poor, killing danger beasts and monsters to survive and eat, and this taught her the concept of “survival of the strongest”.

She’s , fairly tall, is a high ranking general and is responsible for killing over 100,000 people. Not to mention colonizing other nations.

Esdeath has ice powers and can be sondiered the most if not one of the most powerful characters with this ability in anime. 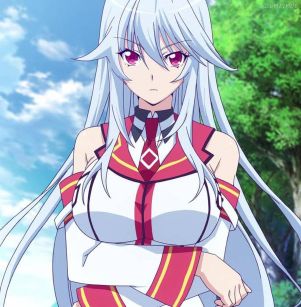 Aine is a blue haired female character who’s an Aries (born 6th of April). She’s about 17 years old, at least at the start.

In the present timeline this waifu is a student, but she was an empress before losing her memories because of amnesia.

She’s one of the main characters of the anime.

Hinata Hyuga is a loved and somewhat hated character depending on who you ask in the Naruto fandom. But that’s usually when comparing her to Sakura.

She’s the girl who admired Naruto from young, and took inspiration from him since their situation shared similarities.

Eventually she becomes Naruto’s wife and in general, she’s a character who’s “wifey” material and an obvious waifu as a result of that.

Nami from , at least in the beginning stages, starts out as a realistic looking character as far as women go. That’s not to say it’s not realistic for the body to develop.

That said, as grows into itself and the episodes fly by, Nami’s physique changes a lot and it’s deliberate. That’s she deserves a place on this list.

She’s a woman who loves money and treasure more than anything else, and she even once stole something and did a runner behind Luffy’s back. 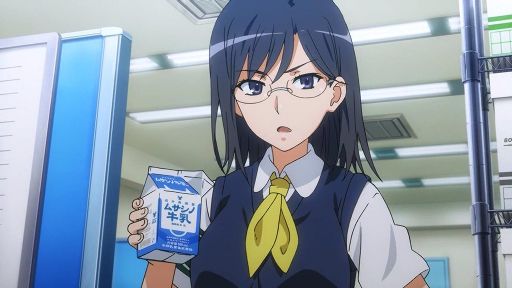 Konori Mii is one of the mentor figures in Railgun for characters like Kuroko Shirai and Uiharu Kazari. Konori is a leader at one of the JUDGMENT branches that works around the city.

She’s skilled in martial arts, has the ability to see through anything with an x-ray style vision, and is firm but kind when dealing with people.

Most of her screen time is in season 1 and season 2.

Nino Nakano is one of the 5 Nakano sisters in Quintessential Quintuplets, and one of the more insecure sisters. At least in the beginning.

She’s stubborn beyond belief and always wants and expects to have things her way, even when it’s not practical to do.

Nino is the type of girl who hides her feelings by being aggressive, and throwing insults at others, but she grows out of this, becomes more confident, and is fearless when it comes to the pursuit of . 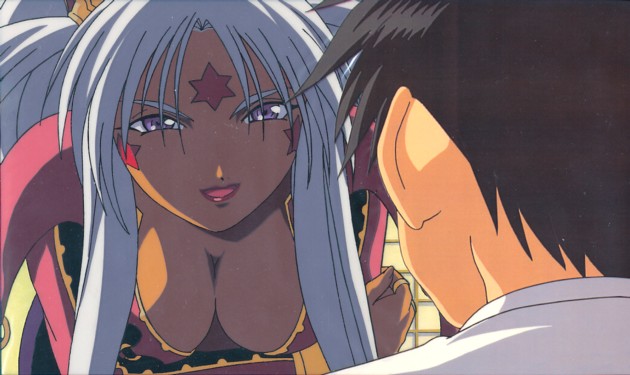 Hild from Oh My Goddess, or Ah My Goddess is the mother of Urd and Belldandy. Unlike them, Hild is a demon.

Unsurprisingly she’s attractive, , and is a stunning character from head to toe. But she’s not as pleasant as she looks.

Her screen time is limited in the anime overall. 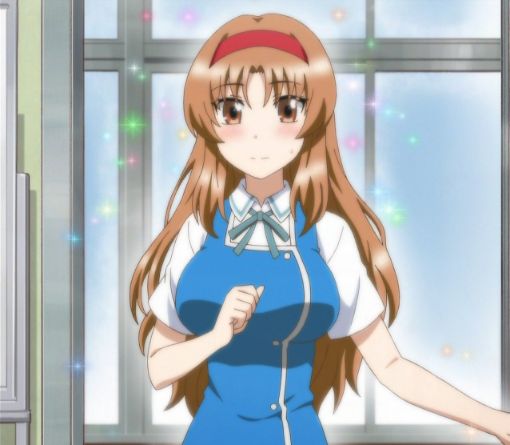 Takao is the creator of the game creation club in the D Frag series. And she wears that badge proudly. Being a Tsundere she can beat around the bush a bit.

At heart Takao is a nice and gentle character who cares deeply enough that it can be an insecurity for her. And she’s competitive.

As a the creator of a game club she’s naturally a gamer at heart and she appreciates originality. Shiina Chieri is 3 quarters Japanese and a quarter Brazilian, and it shows in her skin tone more than anything else. Previously she was a prostitute.

In the main timeline of the anime she’s now the girlfriend of Kouta Murota, and they have an ongoing relationship.

She’s a Waifu by definition.

Shigure Kosaka is a certified ninja and one of the most powerful characters in the whole series. She’s stoic, calm, hard to read, and unassuming.

She’s not the best at communicating because of how she expresses her emotions, but she does try and make an effort. Plus she’s smarter and more intelligent than she appears.

Even with her looks, Shigure isn’t the type ot manipulate or try to use her looks as a weapon or a way to get what she wants. She’s a down to earth person.

Hibana, or “princess” Hibana as she’s referred to is the first villain in the series. Season 1 to be specific.

Hibana carries herself with confident, authority, and style. She’s serious when she needs to be when it comes to leading her company, but knows how to relax around the right people.

Even though she doesn’t get the most screen time, Hibana is actually a relevant and one of the most powerful characters in the anime. Mila Rose is a certified black beauty in the series, and one who’s somewhat of an important villain in the series. She’s partly responsible for wounding 3 lieutenants.

She’s part of a trio of Fracione who are able to give up one of their limbs to create the monster called Ayon.

19+ Of The Cutest & Sexiest Anime Girls With Pigtails