Asexual anime characters are easy to notice. They don’t ever talk about , relationships, how “hot” someone is, or anything of the sort.

In fact – they don’t even blush that often, if at all in some cases.

And they’re more concerned with personal and professional progress than women or men.

Or for other reasons.

That’s the kind of characters I’ll be sharing in this post today. So let’s talk more about that!

13 Asexual Anime Characters You Should Get To Know: 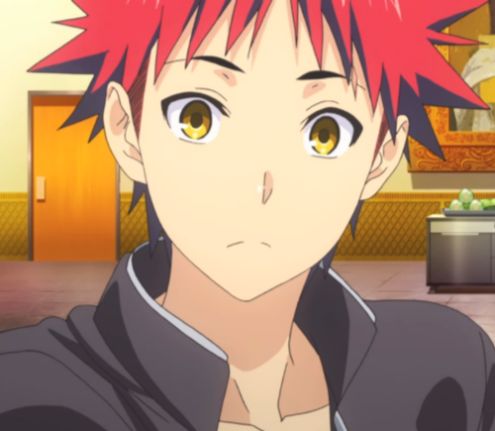 Soma Yukihira has a background in cooking professional meals. Because he runs a diner during his childhood with his dad – who’s a PRO chef.

The anime is on the 4th season now. And as far as things have got – Soma doesn’t have his eyes on anyone. No matter how hot the girl is.

And every other girl the same way. Which is to say: they’re not a priority and he’s more concerned about staying up late, improving his cooking skills. Than he is about . 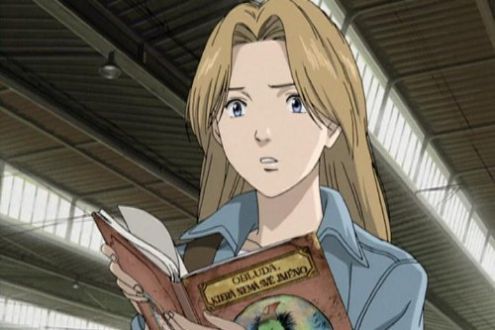 Nina Fortner is one of the main characters in the Monster series. And that’s not surprising when you consider the kind of horror that goes down in the main plot.

As her back story goes: she’s traumatized because of the sickening upbringing, and the vile things she witnesses as a child. Especially the things that happened between her and Johan, her brother. 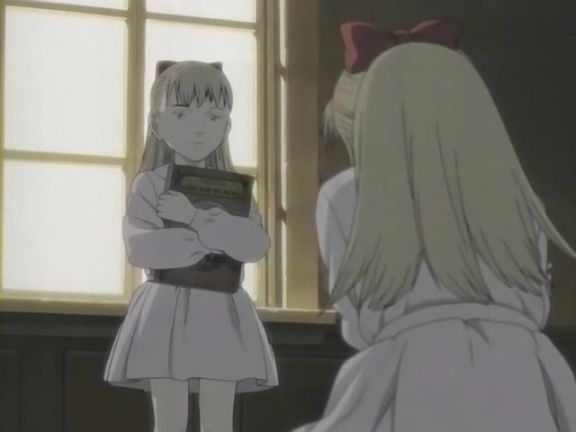 Even during college and later parts of the anime, Nina shows no interest in other guys… even if those guys make it obvious they’re into her.

You could say her trauma is the reason she shows no romantic or sexual interests in other people.

But either way – she’s without a doubt implied to be “asexual”. 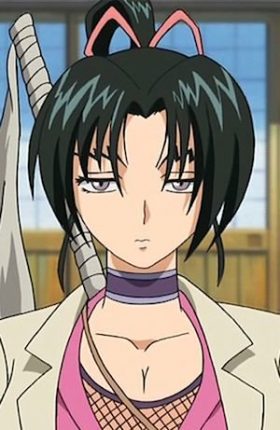 Shigure Kosaka is one of the “martial artists” who train Kenichi, the main protagonist.

She specializes in swords and other types of fighting styles compared to the other sensei’s.

Romance or “sex”  isn’t even a thought Shigure is able to conceive. The idea or conversation never pops up, and she never shows an interest in any man.

In fact – most of her energy is spent training, honing, and sharpening her skills. Or training Kenichi while hanging with her “pet” mouse. LOL.

“Asexual” is an understatement… 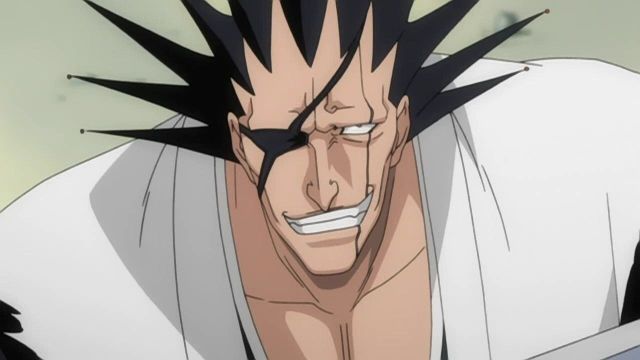 Kenpachi is a warrior at heart. A man who LIVES to fight by the sword, and even die by the sword.

It’s the one thing he’s always been good at doing in his life. And it’s the main reason why he’s so driven to live out his life as a soul reaper.

Relationships, love, or “getting busy” with another woman is about as exciting as watching TV and being a couch potato That’s the kind of person Zaraki is.

Fighting is his own version of being interested in “that”. 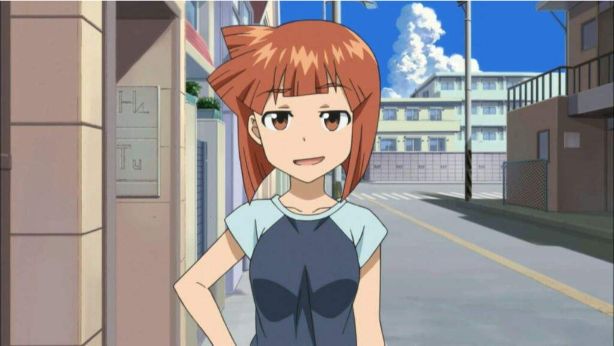 Eiko Aizawa is the manager of the lemon beach house, alongside her sister: Chizuru in Squid Girl!

She’s one of the few characters in Squid Girl to never have a crush, feelings, or an “interest” in other guys. And that’s regardless of the amount of half-naked guys that show up at the beach everyday! 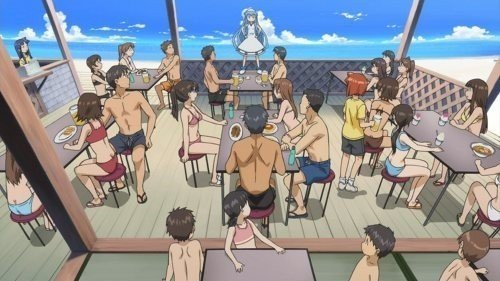 Squid Girl isn’t the type of anime that’s known for fan service either. Because there is no fan service.

So you could say that’s another reason for Eiko being “asexual”, but not really. Since her sister is definitely NOT an asexual anime character. 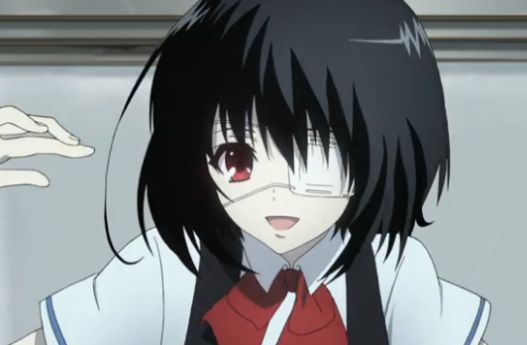 Mei Misaki is an indifferent character. Who chooses to speak when there’s a reason to, instead of wasting her words on small talk or irrelevant conversation.

Another itself is a horror series about a “Mysterious” curse that seems to be killing everybody. So hat alone detaches this anime from or anything related to it.

But even still – Mei Misaki, despite talking a lot with Kouichi, doesn’t care about “any of that stuff” and never implies it through her own behaviour. 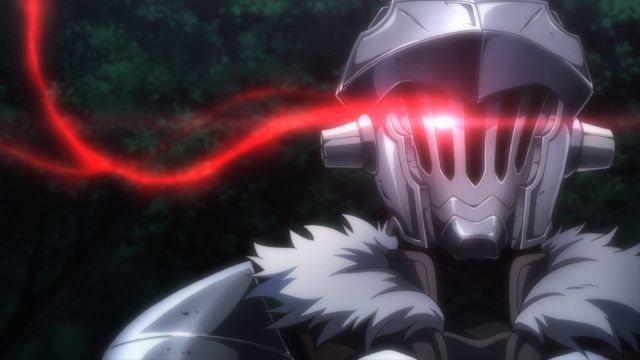 Goblin Slayer is famous for his one-liners, chilling silence, and lack of conversations in general.

It’s almost like he’s detached from life, and doesn’t give a damn about anything. Because he’s so quiet and reserved.

And he’s the same way no matter who he’s with, or how “beautiful” a woman might be. 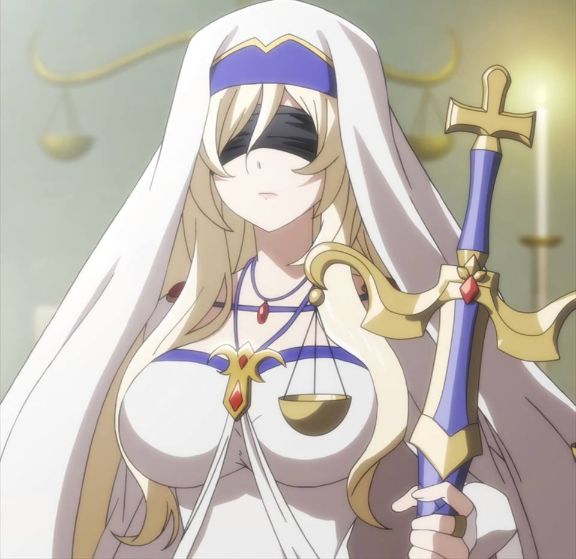 Goblin Slayer never budged an inch. And he might just be the most “asexual” male character ever made in anime. Especially since it’s hard to know what he’s thinking as it is.

Regardless of sexual interests. 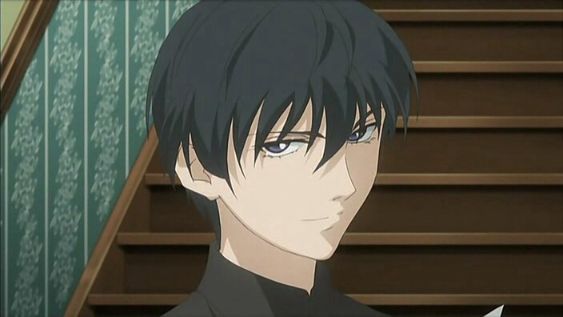 Shibuya Kazuya is the owner of “Shibuya Research”, a company committed to purging ghosts and spirits from people’s homes.

Arrogant, straightforward, narcissistic, and straight to the point. Tat describes Shibuya’s personality in a nutshell.

He’s the same with women. Even if he seems a “little” nicer with one character in particular. 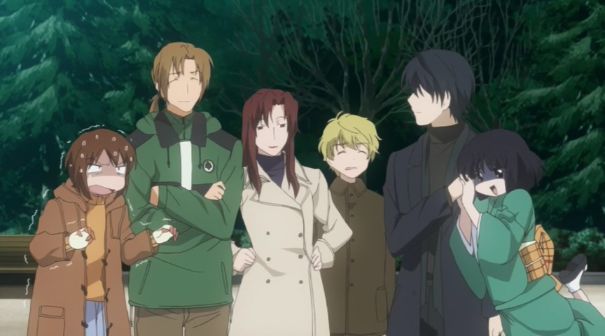 But that doesn’t change the fact that he’s asexual and too much of a workaholic to care about “that” stuff.

Besides – it doesn’t fit with the anime’s plot, role and the point it’s trying to get across. 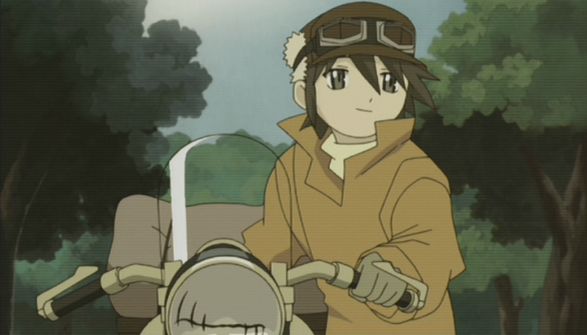 Kino is a 15 year old girl who travels the world with her motorbike. The only thing she cares about is traveling, learning about people, culture’s, and never getting too “comfortable” in life.

Along the way while meeting interesting people from all walks of life, it becomes clearer than an empty glass that Kino’s an asexual character.

I mean – when you wake up every morning, practicing your “gun flipping” technique to see how fast you can whip it out… “Getting busy”, if you know what I mean, is the last thing on your mind.

10. Teresa Of The Faint Smile (Claymore) 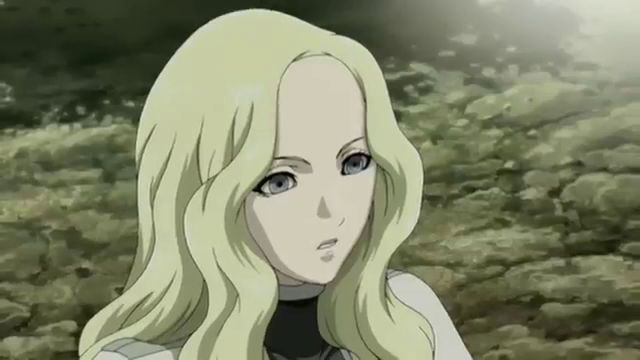 Teresa, the main character in Claymore (especially early on) is a claymore. Just like every other character in this blood-filled, “shi** show of an anime series.

The back story is depressing. And the day to day lives of Claymore’s is equally as depressing and heart-breaking.

Since they’re half-human, half-demon, they have no hope of ever being “interested” in the opposite sex, in any way imaginable.Because of how they’re body works, physically.

So unlike other characters on this list, Teresa’s reasons are more tragic than they are logical or typical. 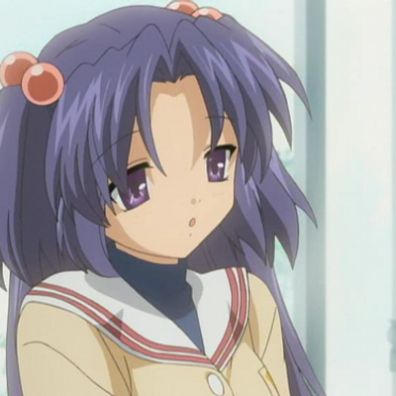 Kotomi Ichinose lives inside more than anything in the world.

Self Education is the most important thing in her life, because according to her:

“I must read lots of things, or else I won’t become a great person.”

And that’s how Kotomi’s introduced in the anime series: Clannad. Reading dozens of by herself, like the lone-wolf she is. 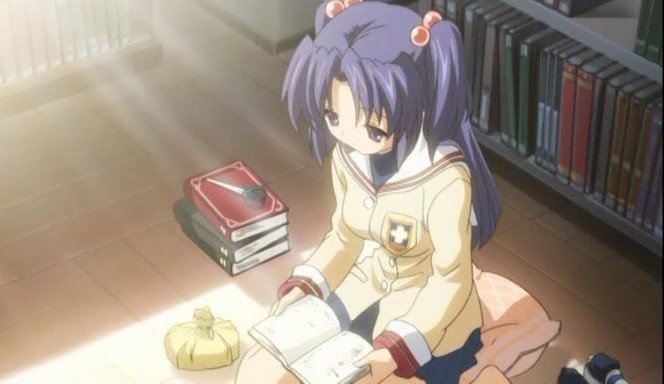 Even later into season 2, it’s clear Kotomi doesn’t have “romance” on the brain, and she’s been asexual from the beginning. 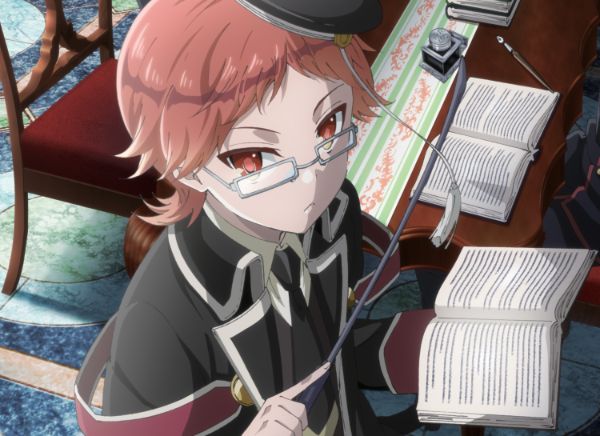 Heine Wittgenstein is a German tutor, as you can tell by the name. Who’s paid to teach 4 princes inside of a palace. So the location of this anime is a little different to your usual “educational” series.

Think of it like Ouran Host Club, but without the school…. 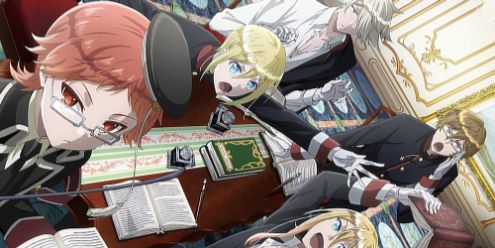 Even after digging into Heine’s back story, you won’t find an inch of sexual interest in his life, encounters, or circumstances.

It’s just not something that piques his interest, or gets him excited. He’s all about self improvement and becoming a better version of himself. While passing on that knowledge to his students. Yuichiro is somewhat like myself when it comes to how “childish” he is about life. He takes a “I don’t give a F” approach, and does what he feels is right.

He’s also so loyal it’s dangerous, and he gets too excited over the smallest things. And anything that seems “new”.

With women, like Shinoa Hiiragi, Yuichiro treats them like anyone else: a friend he can trust. A friend he’ll fight for.

This is how he treats Mika, his best friend. The exact same way.

And even in assuming situations, Yuichiro doesn’t imply “Interest” in Shinoa, to her disappointment.

But who knows? Season 3 might prove he’s not asexual after all. 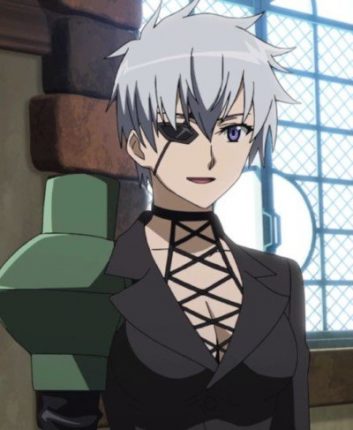 Najenda is the leader of night-raid, an assassination group designed to destroy the government. And bring about a “new world order”.

The government is disgustingly corrupt in , so Najenda’s time is spent planning, to bring about a revolution in the capital. 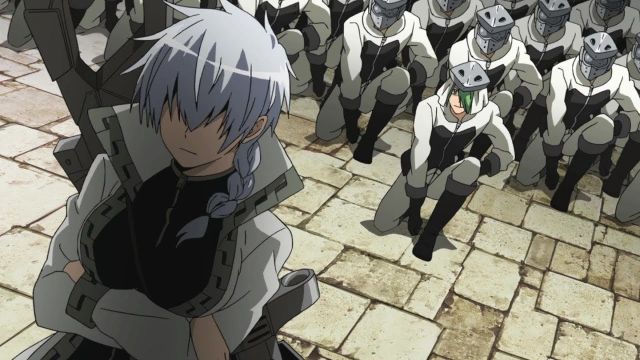 Even in Najenda’s back story there’s no hint at or love. She’s never cared about that stuff.

But with all that said – it’s a “maybe” in terms of her asexuality. Since no obvious hints are sprinkled throughout the anime. 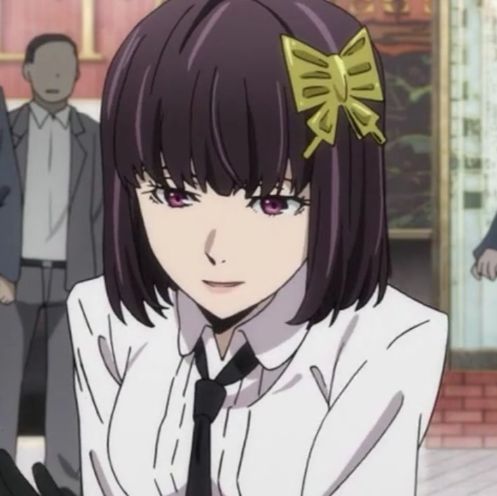 Yosano Akiko gets a kick out of torture. But there’s a good reason for it:

She can never die because her wounds will always heal.

This “threshold” for dealing with pain is the reason she gets a kick out of pain. Because she can heal anybody else’s wounds, as well. Through a process of “torture”.

That makes Yosano similar to Teresa from Claymore, since they’re both asexual for darker reasons than your average anime character.