is a massive Shounen series, no different to , or Naruto for how long the anime is.

Not to mention the insane number of characters it has.

So that leaves the question – how do you choose the best characters, knowing there are so many?

I’m not here to debate that. And everyone’s opinions and reasons are different.

But here are 10 characters I feel are worth mentioning, because of their role in the universe.

Some Of The Best Characters: 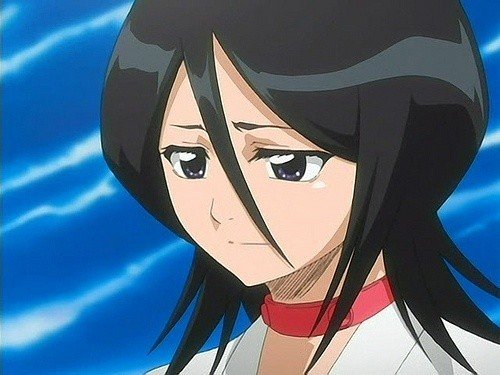 To this day, Rukia is one of my #1 favorite female characters.

She’s not painted with the boring “damsel in distress” trope, and she’s not used as fan-service.

She’s original in the anime industry, and always has been from day 1.

She has a real story with depth, character, and personality behind it. 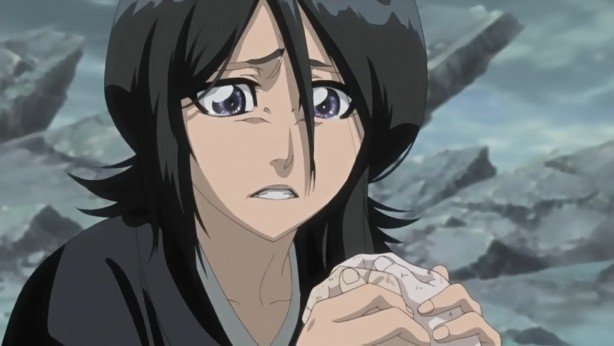 The unlikely story of how Rukia became a member of the “Kuchiki” family is a meaningful one. Growing up poor in the Rukon district, having to steal to keep your stomach full, etc.

In spite of this upbringing Rukia is still refined as a person.

Her back and forth with Ichigo, not to mention how each one of them grows individually will always be the reason I love this anime in particular.

It’s hard to make characters like that these days (without throwing romance in the picture).

Relevant: 27 Of The Most Likable Anime Characters 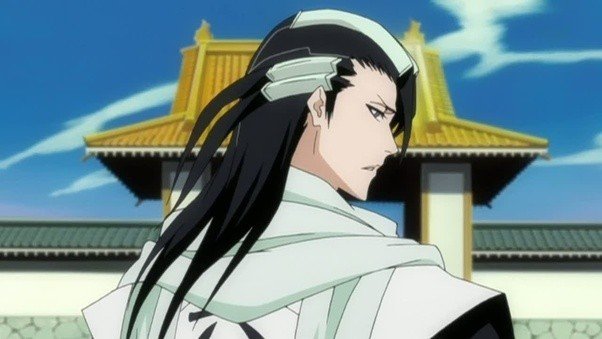 Laid back, keeps to himself, self-assured, confident and astute.

He comes across as an arrogant bastard, but he knows what he’s doing and thinks things through. With a façade of arrogance that throws off his enemies.

His style of fighting is like an art in itself, despite having some of the most ruthless abilities of any Soul Reaper (or anime swordsman in general).

Similar to Rukia – I think his role in makes things more entertaining. And his fight scenes breathe life into the series. 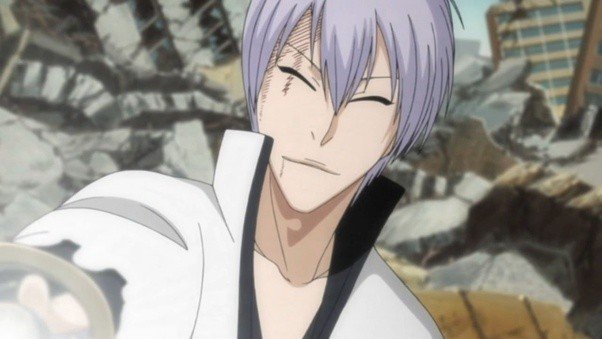 Gin’s the kind of character you can only understand, if you’ve watched the whole show.

I have to say – his reveal later into the series was a big deal and it made an impact on how I viewed his character.

From the start – he’s two sides of one coin:

Even though Aizen is the obvious antagonist in , Gin’s role when it all comes down to it is more surprising because of everything that happens.

He’s the kind of character who’s too curious to ignore or pass-up as anything less than “worthy”.

Related: 11 Mysterious Anime Characters Who Will Keep You Guessing 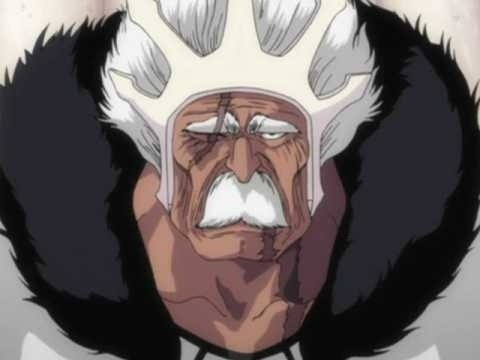 Barragan is also one of my favorite anime villains AND characters of all time.

I feel the way they ended his role in was a load of B.S, considering he’s logically (and obviously) the most HAX character in .

And the strongest Espada. The king of Hueco Mundo none the less. is words make sense and you can’t really argue his points about life, death, time, and senescence.

He makes the Espada arc (Karakura Town) more frightening with his chilling demeanor and uncomfortable abilities. 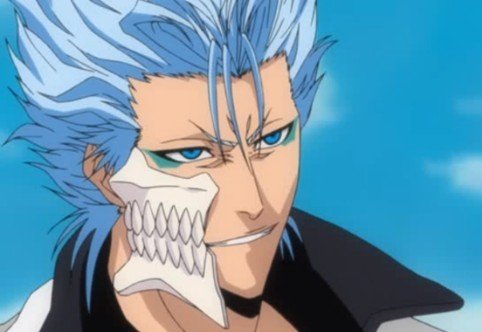 The way I think about Grimmjow is similar to Vegeta before the Android Saga. Ruthless, brutal, unforgiving and relentless in his actions. He’s a rebel.

His intro into was devastating (and overwhelming). It’s a shock to the system.

Grimmjow’s aspect of death is destruction so it’s not surprising why his fights and his involvement in is so relevant. Especially with his relationship with Ichigo.

And the way Ichigo struggled against Grimmjow was a tough pill to swallow at first glance. He got the beating of his life.

Too bad his role was short-lived. But his impact as a character is why he’s on this list. 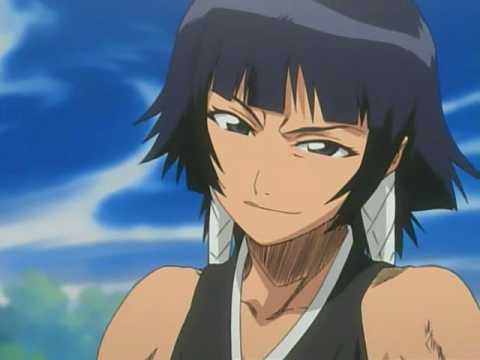 Tough, confident, self-assured and ruthless. One who doesn’t take rules and laws lightly when enforcing them, and one who can detach herself from in favor of doing the right thing.

Soifon does whatever it takes in a battle, and never wavers. Even in the face of death (like how she gets the lieutenant to cut her arm off without hesitation).

Even though she has a “prickly” personality, Soifon has standards and principles she stands by. And that to me is what makes her character unique and one of the most worthy.

Alongside Rukia, she’s a personal favorite in the anime community for female characters.

Sosuke Aizen is one of the my top villains, ever. So cunning, uncomfortably smart, witty and with no F’s given.

His role from the beginning of was a shock to the system, once his “true” nature is revealed in the Soul Society.

From that point forward, Aizen’s elaborate plan and ability to think 10 steps ahead is why is so masterful.

There aren’t many antagonists (Light Yagami is a good one) that genuinely make the story more compelling and fulfilling.

Kenpachi Zaraki is the kind of character you love… because of how stupidly strong he is.

I mean – the guy carries a girl around on his shoulder because he’s that F’in tall. And he still looks like a G in spite of it.

Yachiru (the girl) is also stronger than usual for a character of her level, hence how she can sit on Kenpachi’s shoulder without feeling his spiritual pressure.

And you can’t get away from the fact he makes the fight scenes and action sequences in  so much more worth it.

Bleach wouldn’t be the same anime without Kenpachi Zaraki. He’s a different breed and there’s no one like him in .

He doesn’t need as much screen time to shine either.

Ulquiorra is the “favorite” among the Espada in . Everyone has their own reasons, and you might even disagree.

But to me – Ulquiorra’s different to every other Espada for a couple reasons.

His strange, almost introverted and aloof behavior is part of what makes him a mystery.

Add that to his cold demeanor in the beginning, not to mention his power, plus his connection to the main characters, and it starts to make sense why he’s a memorable character.

His aspect of death being emptiness makes sense given his persona.

The ending to his “role” is also a killer moment in , with one of the most classic fights that made what it is today.

Can’t forget about Ichigo Kurosaki, the main reason can even exist at all.

From the beginning you have this kid who’s lost his mother to a hollow. And his energetic father and younger sisters, who he fights to protect.

And unlike other protagonists in , Ichigo isn’t driven by an exaggerated sense of justice.

To him – it’s more about protecting as many people as he’s able. Knowing full-well he’s only one person, so he can’t save everybody.

I love this about Ichigo. And his relationship with Rukia (plus his outfits and abilities) make a masterpiece in my eyes. 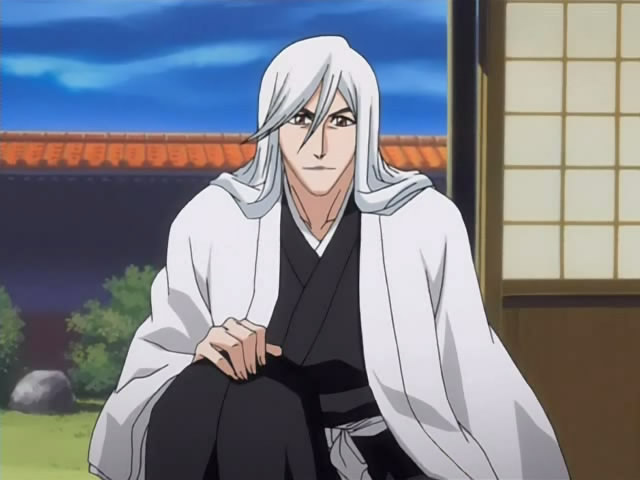 Jushiro Ukitake is the laid back, easy going, and chilled captain from . He’s jolly, kind, thoughtful of others and prefers to avoid battle if necessary.

The irony is Jushiro is one of the most powerful captains in the soul society without question, but his persona wouldn’t have you believe it.

Like STARK said, the #1 espada: “You may have the appearance of a gentleman, but you’ve got some pretty nasty skills.” (Paraphrasing).

Jushiro is also the reason Byakuya didn’t fully fight Ichigo before Yoruichi trained him to learn Bankai. And he’s also the reason characters or Ryouka like Ganju weren’t unnecessarily killed off during the soul society invasion. 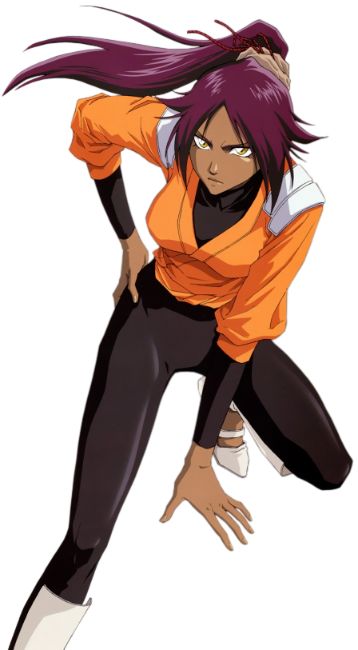 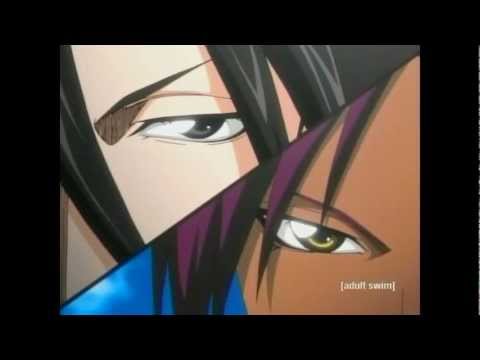 Yoruichi Shihoin is a character you can’t forget. Her role in is as relevant as Kisuke’s, both characters who aren’t always at the forefront but are always involved somehow.

As the fastest Shunpo user and the one with the fastest flash step in , Yoruichi’s speed is on another level completely. And she’s powerful even without the use of a Zanpakuto.

She’s the one who trained Byakuya Kuchiki and Ichigo, not to mention Soi Fon, the stealth force, and is the only one capable of transforming into a cat to mask her true identity.

She’s a gorgeous black female character, and one who’s represented very well in the anime industry in general. 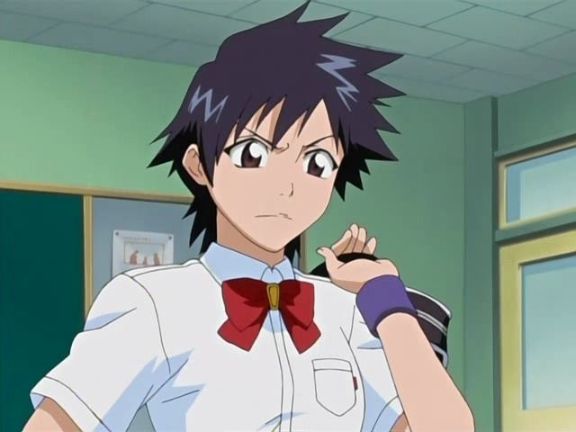 Tatsuki Arisawa deserves some credit, too. She’s a minor character in when it comes to the overall picture and plot, but….

She’s the reason Ichigo got stronger to a degree as a child when they’d spar together. And she’s always been there for Ichigo and is the one friend who holds him accountable no matter what.

She doesn’t need powers or abilities to make an impact. She does that fine just as a regular human in , and she’s a strong female character with guts and a strong will.

The Best Anime Quotes From Bleach

The Best Isekai Anime You Need To Watch