I’ve Been Killing Slimes for 300 Years, and Maxed Out My Level.

That’s a mouthful of a title.

It’s a bad habit you tend to see with adaptations and Isekai’s in particular.

In this case it doesn’t reflect poorly on the anime.

The anime is about Azusa Aizawa, a “corporate slave” who dies from exhaustion and is reincarnated as a powerful witch.

She requests it from a goddess while in anime’s version of “the other world”.

She starts to slowly build up the community around her, along with friends and family.

Let’s talk about anime shows with these elements or similar.

1. Didn’t I Say To Make My Abilities Average 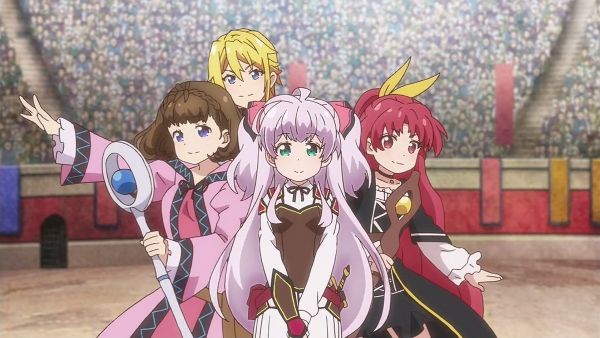 This anime has similarities for its long and over stretched title. But it doesn’t end there.

Adele, the MC, dies and is reincarnated. Her wish was to have average abilities, assuming it will give her an easier life.

A life without troubles, too much attention, etc. But the opposite happens.

Her power becomes the average, but even that is powerful and too OP in this world.

There’s no specific plot except the main character’s goal is to be as average as possible. In a fantasy world full of mages, swordsman, and monsters.

is another anime like I’ve been killing slimes for 300 years. And for obvious reasons.

In this anime the main character dies after being stabbed in the back by a thief. He’s reincarnated as a slime.

He slowly learns that being a slime doesn’t actually make him weak, but stronger than usual.

He eventually uses his power to lead a nation of monsters and humans.

There’s a business aspect to it and plenty of adventure + action.

You could the say the main characters share similarities. 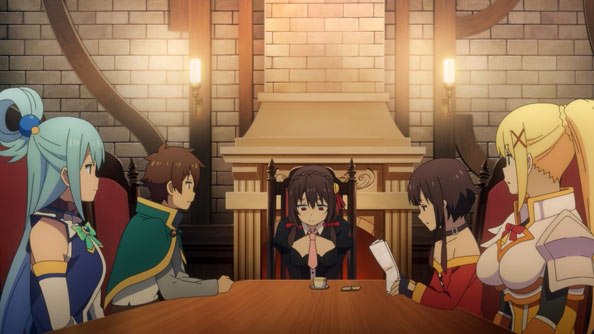 Kono Subarashii is an Isekai that focuses more on the comedic side of things. And parodies.

The anime constantly mocks the typical tropes of other anime, and flips it on its head. While adding its own unique style on top.

I’ve been killing slimes for 300 years is a comedy/fantasy at heart. And that’s what makes Konosuba similar to it.

That’s also true from an “art” point of view.

Kazuma Satou, just like Azusa (the witch) have their own set of principles and ideologies they live by.

4. The Journey Of Elaina 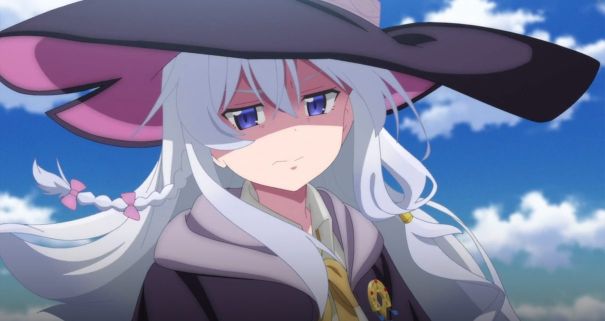 The Journey Of Elaina, or “Wandering Witch” is about Elaina. A white haired witch who travels the world, explores, and documents it.

She’s inspired by an author who wrote “the adventures of Nike” which she read through as a kid.

Here you see plenty of witches besides the MC and all kinds of scenarios relating to romance, murder, magic, and complicated situations.

It’s an anime like I’ve been killing slimes for 300 years AND Kino’s Journey at the same time.

Related: 25 Of The Best Anime Girls With White Hair 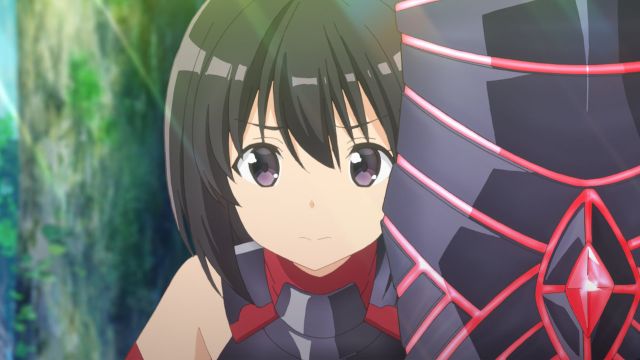 BOFURI on the surface is an anime like I’ve been killing slimes for 300 years for one good reason. And that’s the main character being OP.

After maxing out her defense, Maple becomes strong and the anime branches off of that tree.

There’s even a 2nd season and it’s built up a bit of a fanbase since it dropped.

You’ll either find this anime repetitive or mediocre, or you’ll enjoy the silliness of it all.

Relevant: 24 Of The Smallest Anime Characters 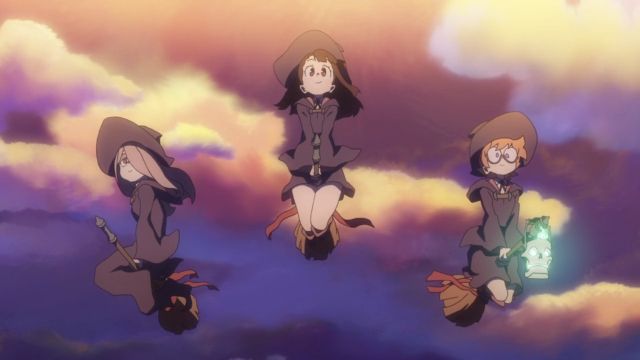 Little Witch Academia is an adventure, magic, fantasy series with comedy and personal growth aspects to it.

Atsuko Kagari is a witch with no natural talent, and she’s teased and bullied because of it. She works hard to become the witch she wants to be.

Her goal is to become a witch who can make people smile.

Not all the themes are directly related in this series, but it’s close enough and is a good anime to transition into. 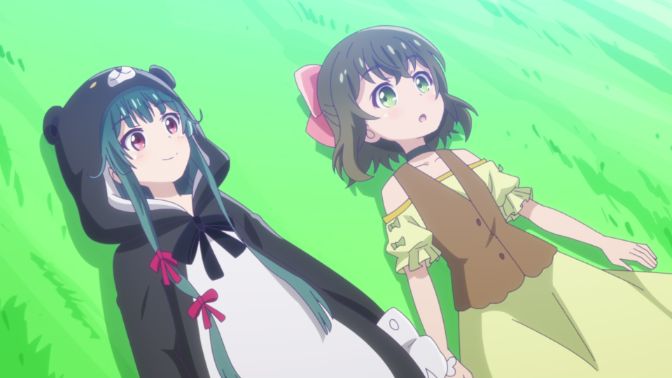 Kuma Kuma Kuma Bear is about Yuna, a girl who plays VR games. Similar to Kirito or Asuna in .

After being offered a choice of items at random during a special in-game event, she receives a bear suit. And wears it almost all the time.

She also realizes she’s “stuck” in the game and can’t leave, so she makes do with it and builds a life there.

Both characters from both anime crossover as far as similarities. 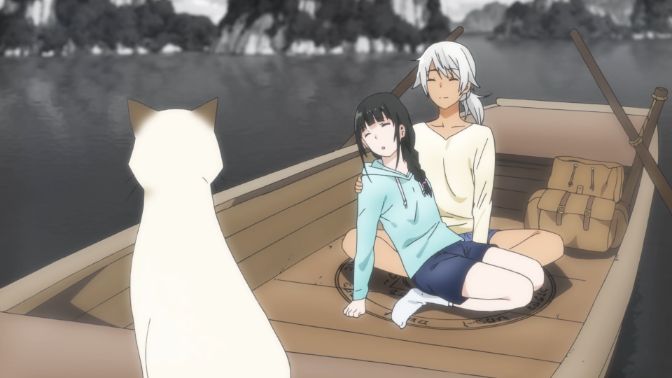 Flying Witch is a slice of life series, so this aspect is different. But a lot of what goes down is similar.

Makoto Kowata, the MC, moves to the countryside to live with family and become a “witch in training”.

The anime is relaxed, wholesome and laid back. Probably one of the most relaxing anime you’ll ever see.

In spite of that, there are a lot of moments dedicated to magic, being a witch, adventures of sorts. But no serious battles or any action. 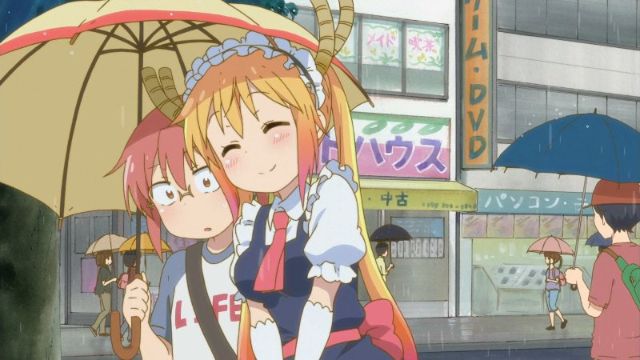 Miss Kobayashi’s Dragon Maid is about Tohru, a dragon who one day after being drunk moves in with Kobayashi.

A woman with glasses.

The anime is made by Kyoto Animation, so you can expect good visuals and art.

Tohru the dragon ends up making Kobayashi’s life more energetic and full of life since she’s usually an introvert who doesn’t hang around too many people.

It’s wholesome, can be dramatic with its comedy, but ultimately it’s a satisfying anime series. NICE music as well.

Tohru can be compared to Laika, Azusa’s “dragon” pupil in I’ve Been Killing Slimes For 300 Years.

10+ Of The Most Worthy Anime Shows Like Edens Zero!