I love video . I grew up on Nintendo, then PlayStation, followed by Xbox.

Out of the three I fell in love with Xbox and stuck with Nintendo. But that’s a story for another day.

I’ve played so many video and even though a lot more are adapted into shows, there are some that NEED an adaptation.

Some that for whatever reason haven’t been adapted, even in 2020.

Video That Need An Series:

Halo is one of the most successful FPS (first person shooter) of all time. If you know and love FPS there’s no way you don’t know about it.

It’s a unique universe of humans, Aliens, and of course the main character: Master Chief. Who’s pretty much the superhuman of the Halo world.

With such a massive world to explore, not to mention secrets, treasures, the potential fights, weapons and everything else, Halo would make a GREAT .

Halo had a short film adapted that lasted for about 3 episodes some years back. I forget the name but it was a SOLID introduction to what Halo’s capable of on screen.

Halo Legends was one adaptation into an , but that was a FILM.

If an series was made with 12 or 24 episodes at minimum, I think there’s a lot of potential to make it into something great.

Related: 7 Anime Characters You Would LOVE To Play FPS Games With

Gears Of War is a solid third person shooter for the Xbox. I’m not sure what the latest Gears Of War is like, but I played the older ones and they’re legit.

Similar to Halo – Gears Of War is also based in an interesting world with diverse aspects to it. And of course – humans, Aliens, and variations of different creatures and other elements.

With main characters like Marcus and everyone else, they’d make a good impression if adapted into an series. And they’d be able to do a lot with animating the episodes, story, and the overall material.

Would work well as an action/horror + mystery or something along those lines.

Relevant: The Most Intense 22+ Anime Series

Metal Gear Solid is a classic video game with so many versions to this day. Though I don’t know how popular or relevant it is anymore.

Even so, there’s a lot to take from the video and turn into a 1 season series at the least.

Or more if studios feel ambitious.

Solid Snake (the MC) has a likable personality and “badass” characteristics you’d find in like Black Lagoon or any comparable show.

The range of items + the story would make it a good action/sci-fi or something similar. 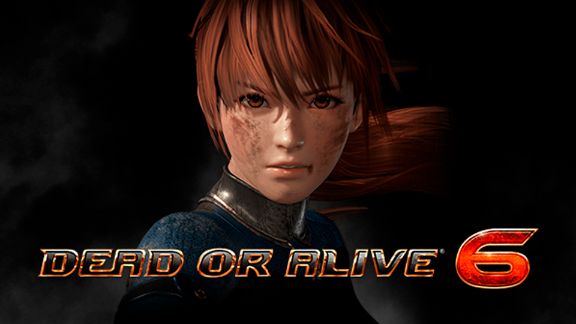 Dead Or Alive is a tricky one because it’s originally a fighting game. And as we know – fighting don’t have the best stories. They’re not engaging because that’s never the main point or interest.

Even so – I think they could come up with something based on the characters backstories, what makes them who they are, and other parts of their character.

Plus the fighting element has a lot of potential for some solid action scenes and fights comparable to something like .

Maybe not as much violence though.

Grand Theft Auto is a legendary video game that NO one can say they aren’t aware of. And it’s been running since the 1990’s, made by Rockstar .

Graphically it’s come a long way and historically the sales have dominated unlike few could ever claim to.

And of that nature.

Assuming there’s an angle creators can go with, GTA might have potential. The story in itself would make it stand out since fans are familiar with its characters.

Relevant: 10+ Of The Greatest Anime Based On Video Games!

Ninja Gaiden first started out on Nintendo. And worked its way to the Xbox and PlayStation years later.

Once it arrived on the Xbox 360 with Ninja Gaiden 2 (and Black) the action reached new levels no other version had ever seen.

Ninja Gaiden already has a story following Ryu Hayabusa, with Ayame and other characters showing up when its relevant.

If the action was adapted into an with the story and characters, there’s no way it wouldn’t hold a lot of value in the action genre of .

Assassins Creed is an action/adventure type of series. With stealth being one of the main focuses of the style of gameplay.

It’s still a successful franchise to this day, with new releases popping up every now and then.

Because of the style of gameplay in the video , turning this into a stealth type of with its action and adventure elements would make this a solid choice.

There’s also potential for dialling up the violence and animating it to the extreme, and other features that would make it good to watch.

Unreal Tournament, just like Dead Or Alive might be difficult to adapt into an series. Especially the type of that’s interesting enough to keep you watching.

It’s an FPS just like Halo, but no way near as in depth as far as how storytelling is done.

That said – the world of unreal tournament does hold a story relevant to Aliens and their role alongside humans.

The violence is an aspect anime studios could take advantage of and focus on.

That’s assuming they can figure out an angle and direction for how to tell the story, animate it, and blend it all together to make it enjoyable.

What other video are missing?

Mention a game or two if you feel like it’s worth adapting into an .

The Differences Between An Anime Enthusiast, Otaku And A Weeb

Here are some video games that I think need a anime:
(These aren’t real video games but their visual novels)

Oooft. Doki Doki would make a GREAT horror anime. I wonder how they’d go about it though.

Here are mine:
Little Nightmares(I swear this one is just so interesting)
Doki Doki Literature club(I haven’t played it but it seems like it would make a fun horror anime)
Yandere Simulator(It’s so fun it’d be interesting to see this turn into an anime)
Fnaf(Only if there is a way. I only put this because the game was really tense)
And maybe Undertale?

Idk if this one’s already on the list but maybe Resident Evil? I just started watching people play it so idk if it’s possible but it seems like it would be interesting