Some of the best and most popular characters are introverts. Like myself. And just like you I assume.

Of course this is 1 fans opinion.

If you’re an , it makes these characters (listed below) more attractive and interesting.

Why? Because you can relate to the characters a lot more, as they have a lot in common with you.

15+ Interesting Girls Who Are Introverts:

Mio Nishizono is an character from the show – Little Busters.

She’s the quiet type who doesn’t say more than she needs to. That being said, Mio’s a sharp girl with a great deal of intelligence.

One of Mio’s favorite hobbies is reading books outdoors when it’s bright and sunny. 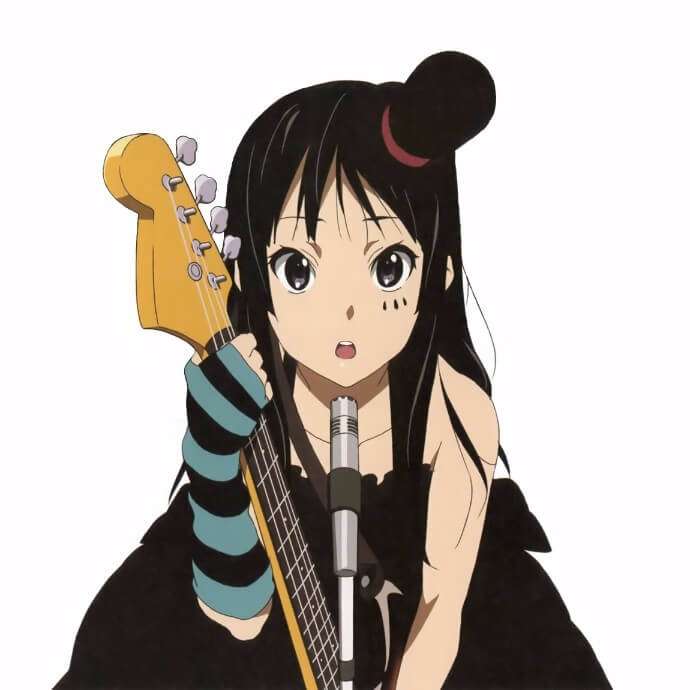 Mio Akiyama is a lead character from K-On. She loves more than anything else, as do her band members.

The funny thing is Mio’s passionate and energetic when performing on stage. Yet she’s also shy and dislikes too much attention.

is the one thing that helps Mio Akiyama come alive. Her instrument of choice is a bass guitar. Which she decided to name – Eliza-bass! 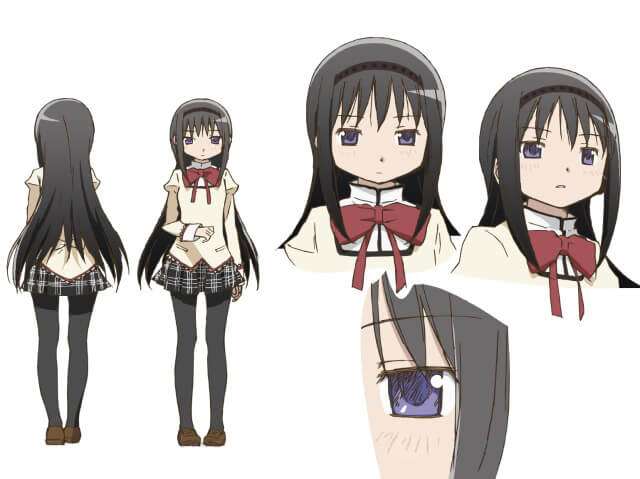 appears cold, unemotional, and uninterested in others. But that’s because of the hardships she’s been through.

Even though is introverted, communication is the last thing she struggles with.

cares for friends so much that she’ll do anything to protect them. Especially .

I’d say some of ‘s most attractive traits are her observation skills, dedication and calm personality. 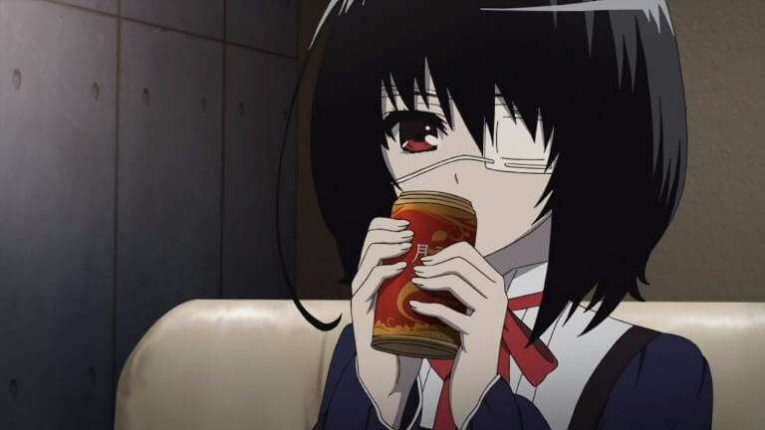 Mei appears cold, quiet, and empty to those around her. Similar to Akemi in some ways.

But it’s clear to see Mei Misaki is the type to choose her friends carefully.

She’s a deep thinker and isn’t the type to waste her words. Like , one of her best traits is her calm personality. Which comes in handy when things start to become hectic. 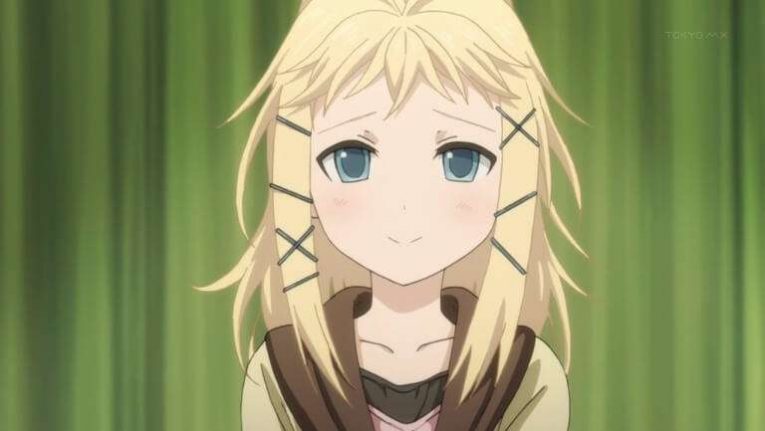 Heard of the series – Black Bullet? Tina Sprout is an Initiator from the series.

Tina’s lively and energetic around those she’s closest too. But is otherwise not the type to strike up a conversation with strangers. Unless she’s approached first.

The fact Tina likes to smile a lot makes it easy for people to warm to her personality. 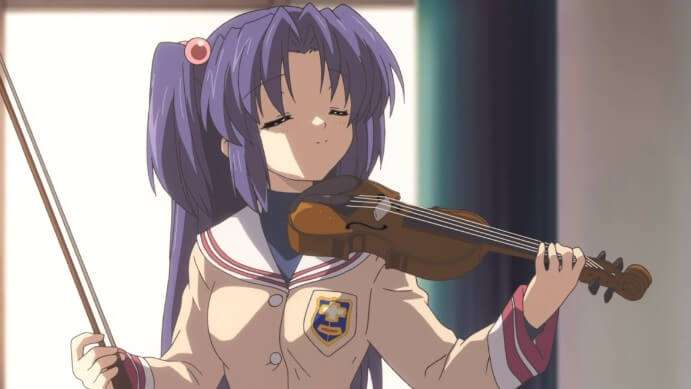 Kotomi is one of the main characters in season 1 of Clannad.

She loves books, loves to read, and is committed to her education.

Oh, and let’s not forget her love for . 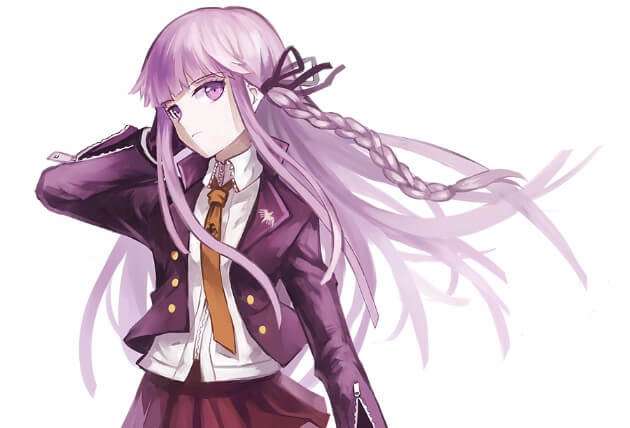 One of the main characters from the series – Danganronpa.

She’s the type to think before she speaks, and is more logical than emotional. Meaning she keeps a level head instead of over reacting and stressing out.

Unlike other introverts on this list, she’s a great conversationalist. Especially if the situation calls for it. 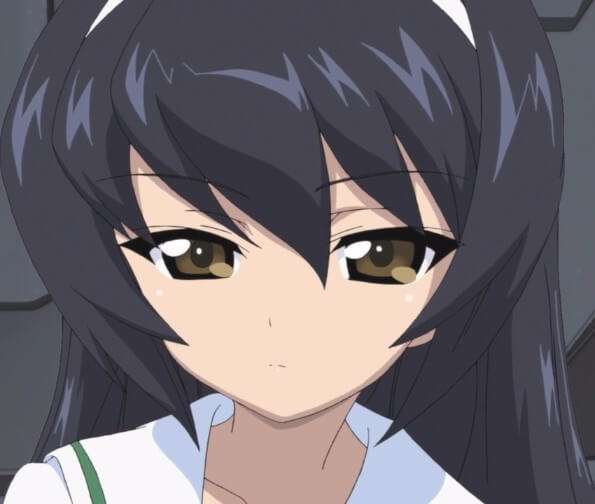 To others, Mako seems lazy, uninterested, and unemotional. But the truth is she’s cool, calm and collected.

Not to mention more intelligent than you’d believe, and a fast learner.

An example of Mako being a fast learner is when she has to drive a tank for the first time. And yet, she does it as if she’s a professional.

Mako isn’t the most energetic person, but that’s what makes her unique.

Her mind and intelligence are her strongest traits. 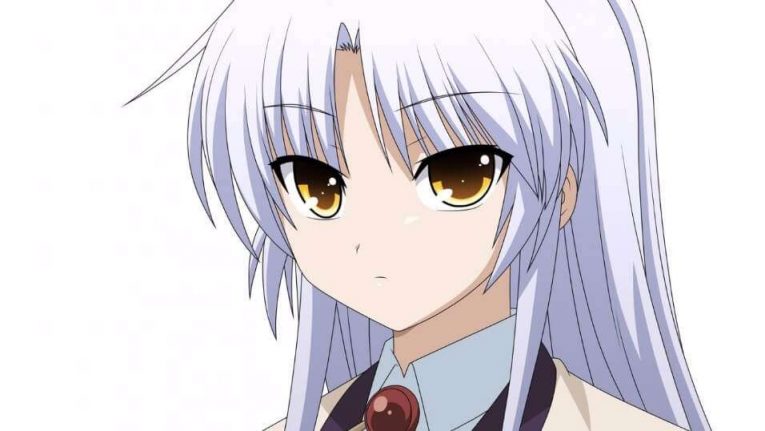 From the popular show – Angel Beats!

Kanade Tachibana is a mysterious girl, who doesn’t seem to wanna talk to anybody. And it’s this trait that makes others too uncomfortable to approach her.

But as you watch the show, you realize that’s not true at all.

Like some introverts, Kanade needs to get to know you first before opening up to you. 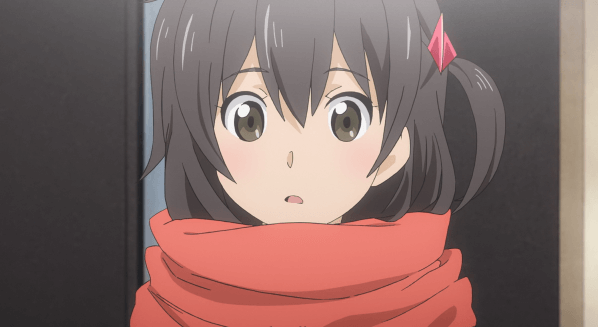 Ruko Kominato is one of the most introverted characters on this list. She’s a part of the series – Wixoss.

RukoÂ loves to have her own space, and spend time with herself.

And she cares a lot for those she becomes close friends. Even to the point of putting herself in danger. And always putting her friends needs before her own.

One of the things that makes Ruko stand out is her relentless determination and strong will. 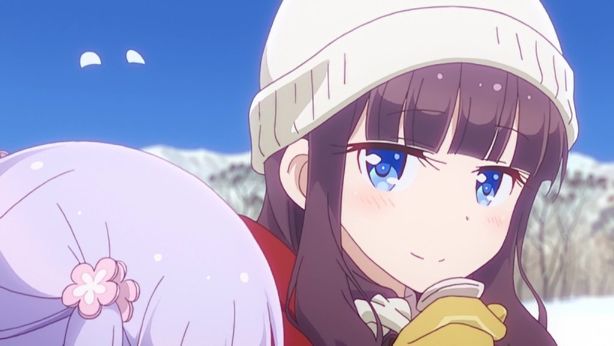 Hifumi Takimoto is the main of the group in New Game! An about the gaming industry from a female perspective.

She’s thoughtful of others and can put other people before herself. A lot of the time she stays quiet and works harder than most.

Secretly she cosplays and doesn’t share her “hobby’s” with much of anyone. 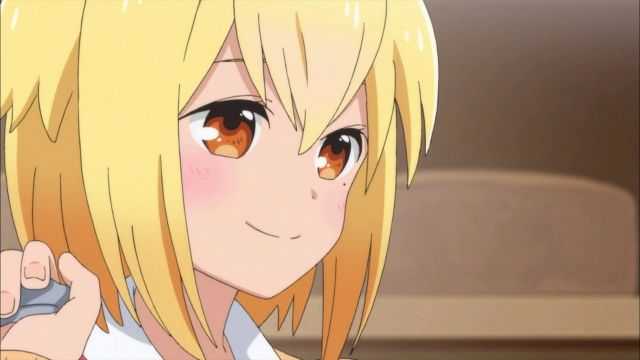 Nako Sunao from Hitoribocchi is the 2nd character introduced in the . From the first episode.

She’s the type to keep a small circle of friends and doesn’t associate herself with just anyone. She’s picky.

Once you become friends with someone like Nako, it’s for life. She’s loyal to death.

Relevant: 21 Anime Friendship Quotes That Will Make You Feel Warm And Fuzzy 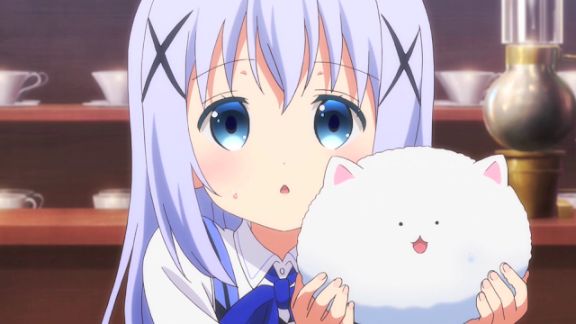 Chino is the shy, smol main character in Is The Order A Rabbit? An made by Madhouse studios!

She’s the granddaughter of a coffee shop, and she plays a part in running the business.

Chino’s terrified of being put on camera, or being exposed publicly as she’s a private person. And doesn’t like being the center of attention. 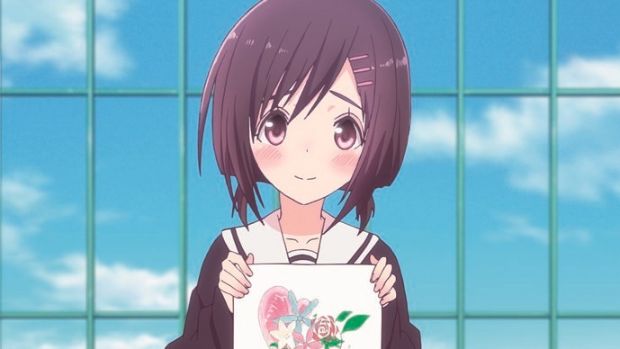 Naru Sekiya is kind MC from Hanayamata. An that’s based on a real life freestyle dance in Japan.

She’s a typical and doesn’t do well in crowds. Not just because of social anxiety, but because she’s not interested in those kinds of environments.

Naru’s the purest character in Hanayamata in every literal way you can imagine. 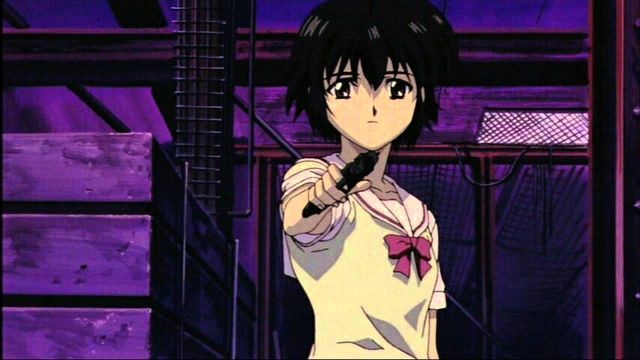 Kirika Yuumura is from Noir, an named after a french word.

Kirika’s childhood is anything but normal. She’s seen violence, murder and the lot firsthand.

Growing up she’s a quiet, aloof child and turns into an unsurprisingly introverted freelance assassin. As part of the ‘s main plot.

She’s good at drawing and has plenty of talent with it. 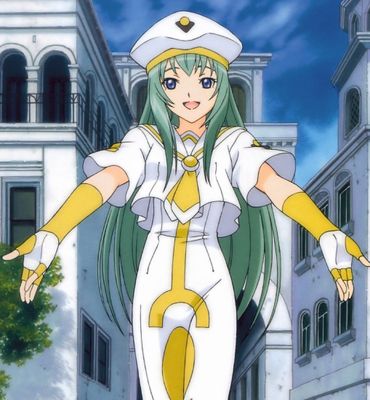 Alice Caroll is an who’s not easy to approach or be friends with at first. Even Akari Mizunashi (the MC) struggles to make it happen.

Alice likes her own space and isn’t one to interfere with other people’s business, or bother anyone unnecessarily.

She’s independent, is happy to do her own thing, but does value her friendships for the very same reason.

Her circle is tight. 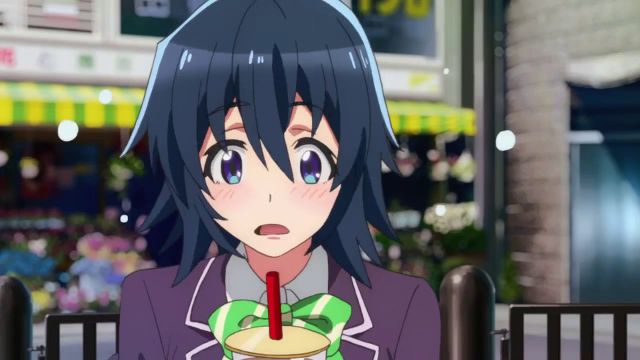 Chiaki Hoshinomori is one of the female characters who shows up later in Gamers. She’s an extreme who no one talks to really.

Most of her energy is spent burying her head in video games. The same game Keita (the male MC).

It’s not until Uehara speaks to her and even gives Chiaki a compliment that she opens up a bit and makes slight changes.

She’s an Otaku without a doubt, but a good natured person in general. 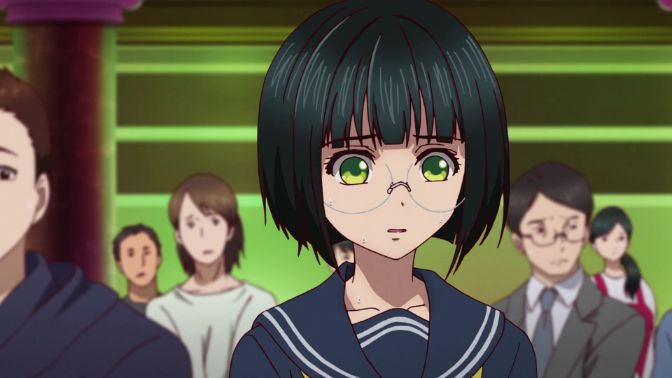 Ringo from Battle Game In 5 Seconds takes more than just a secondary role. She’s a side character.

She does still have some relevance in the series.

Ringo is the type of person who wants to say something, but ends up saying something else because she’s too embarrassed or shy. And that’s followed with inner dialogue criticizing herself.

She’s quite small and isn’t close with too many characters.

If you feel anyone has been missed out, share it in the comments.