Seitokai Yakuindomo is the type of that’s lewd without giving you any fan service in return.

The is clever with its approach, and stands out in the slice of life/comedy crowd.

It’s about Tsuda, a male student who joins a previously all female school, which is in the middle of changing.

After becoming student council president by accident, each episode follows up with:

And a good laugh after all is said and done. 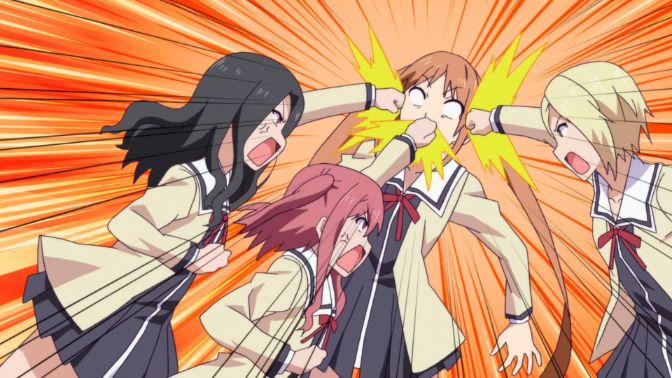 Aho Girl is a stupid type of comedy series. Meaning the comedy is extreme and pushes the boundaries.

Not always in a good way, objectively speaking.

It’s about Yoshiko, a hopeless girl who loves Bananas

She’s “lewd” here and there in the , so fan service is to be expected.

Because of the style, you’ll either be on one extreme or the other as far as how much you enjoy it. 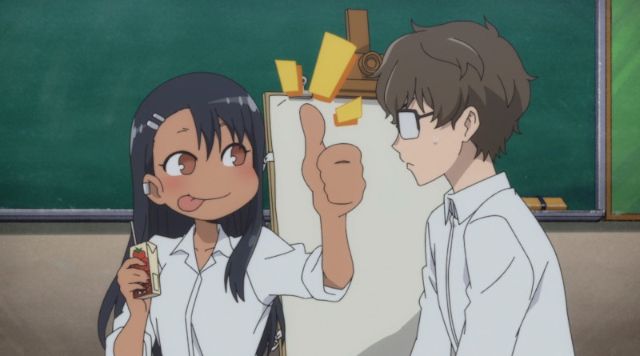 Don’t Toy With Me Miss Nagatoro might seem like an odd choice when comparing the two, but it’s legit.

In Nagatoro, the main theme is obviously bullying. And this aspect changes overtime and things supposedly get more wholesome.

That said though, the comedy at its core is inappropriate in its own ways. And isn’t the type of comedy most will naturally gravitate to.

Seitokai Yakuindomo is similar in this way.

Fans of both will likely enjoy either one for different and similar reasons under the surface. 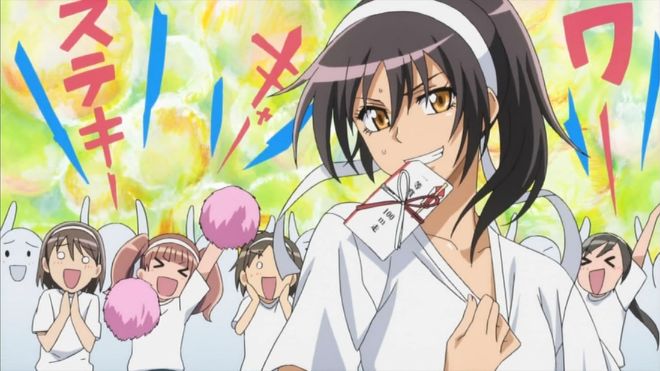 Maid Sama is about Misaki Ayuzawa, a feminist student council president who hates men with a passion.

This changes later as she matures.

The reason is because her father did a runner, left her family in debt, and she’s hard at work helping to pay it off. Along with her mum and sister.

Add that to the student council work and it becomes clear.

Usui Takumi, the “love” interest is like Shino from Seitokai Yakuindomo. He’s always doing something unpredictable or being sarcastic as F.

Maid Sama’s main difference is the focus on romance and shoujo, but they’re still similar .

4. Panty And Stocking With Garterbelt 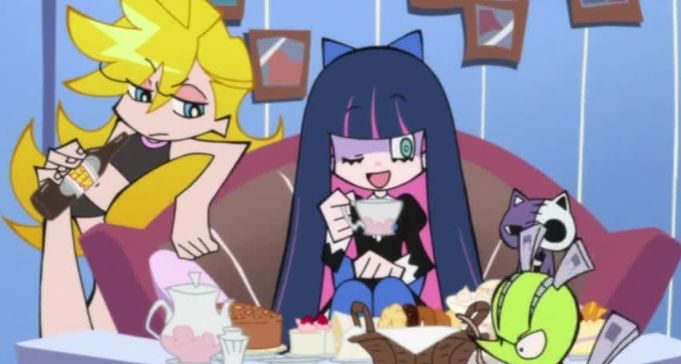 Panty And Stocking With Garterbelt is like the supernatural version of Seitokai.

The dialogue and language is as unapologetic as it gets. It’s lewd, filthy, raw and uncut.

The writers don’t waste a second when it comes to the delivery of each characters lines.

The itself is about 2 angels kicked out of heaven, who are now working their way back into heaven by killing ghosts.

The series is nuts.

Relevant: 14+ Of The Best Ecchi Anime Shows Worth Considering 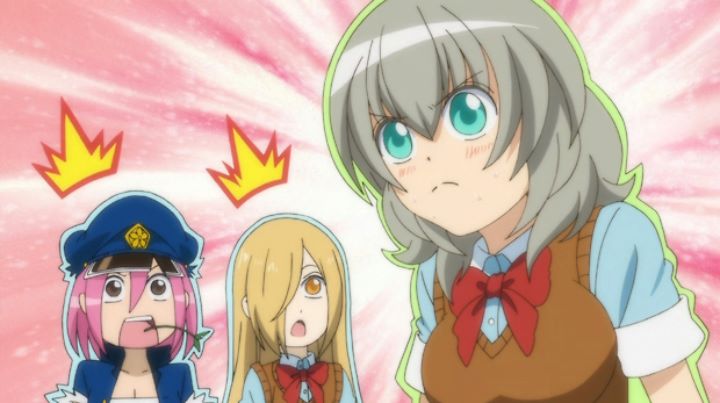 Good Luck Girl is one of my favorite comedies in the industry. I just don’t shout about it much.

It’s about Ichiko Sakura, a girl who’s spoilt like milk passed the cell by date.

After getting a wake up call, she matures throughout the series and you see real progress. Even though the is a parody/comedy.

It has supernatural elements that add to the madness and references to other left right and center.

Check Out: 12 Of The Funniest Rom Com Anime That Are English Dubbed

Gintama is considered the king of comedy to a lot of fans in the industry.

As far as status, it’s definitely a comedy series that’s reached “classic” phase and can’t be ignored when talking about comedy.

Like Seitokai Yakuindomo, Gintama is littered with some of the most “naughty” dialogue, scenes, and characters.

It doesn’t hold back and isn’t into playing it safe. And that’s part of its charm.

It’s about 3 characters in particular, who are respected across the community as far as shonen. 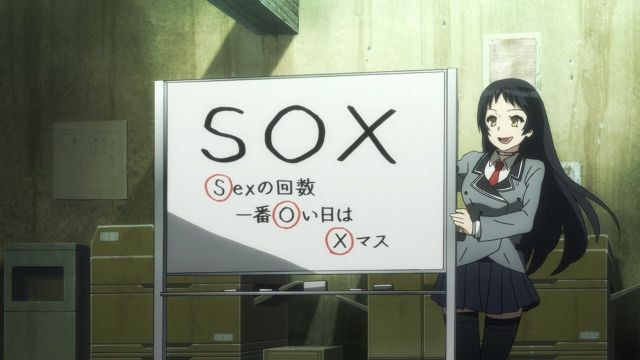 Shimoneta, or in English: A Boring World Where The Concept Of Dirty Jokes Doesn’t Exist!

Made by J.C Staff, it’s an that tackles an SJW society, where being “pure” is above all else.

Anyone caught lewding, or even joking about sensual topics is apprehended by the “decency” squad. The ‘s SJW police force.

All this makes for a guilty pleasure type of series with some real world life lessons to take from it.

Plus the comedy is golden. I doubt anyone could get through this without laughing even once.

Prison School is your average “fetish” type of . But it goes a step further, whether it’s the quality or the content.

It’s about students who basically get caught doing what they shouldn’t be doing. And are punished for it.

This “punishment” is a major part of the and where it goes.

It’s Ecchi, so you already know what to expect. It’s a level up from Seitokai with its fan service.

9. Haganai: I Don’t Have Many Friends

Haganai: I Don’t Have Many Friends is all in the title. But it’s more than that as usual.

The is about two main characters who create “the neighbors club”. A club built to make friends and avoid being lonely.

Friendship is a big part of this ‘s “deep” themes, but on the surface it’s filled with Ecchi and fan service.

There’s a lot of aspects working together in this series, and it all goes well together with the right amount of doses.

Related: 21 Anime Friendship Quotes That Will Make You Feel Warm And Fuzzy

Daily Lives Of High School Boys is a slice of life/comedy just like Seitokai. Difference is the focus on MALE characters.

You know what it’s like when you’re a teenager in school, and the kind of nonsense you get up to.

Well, this is the embodiment of those experiences and what it feels like. That’s what makes it more relatable from a male point of view.

It’s an unlike any other.

The Difference Between Good Vs Bad Fanservice

14+ Of The Most Trashy Anime Series To Watch