Crunchyroll is an giant, the biggest anime dedicated platform in the world. And this has been the case since at least 2010 onwards.

Even though companies like started before and had success, still surpassed them in relatively little time.

Let’s talk about HOW this all came to be before the year 2022 and beyond. 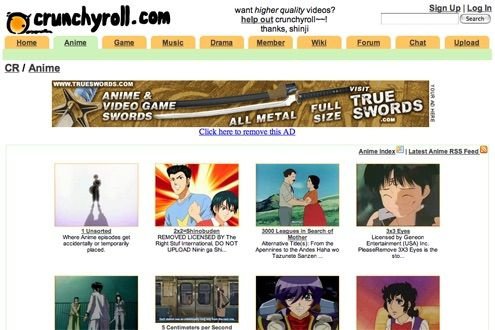 Believe it or not, but didn’t start out as a company with boat loads of money, or a company that received funded out the gate for how innovative or different it was.

Let alone a company that was worked on for years through hard work or whatever (FUBU, etc).

None of that could be further from the truth with the exception of over $10K put into it from the founders.

Some of you will be surprised to know started out as pirates, no different to:

Or any other platform that started as a pirate, or still is a pirate.

The story began in 2005 with 4 university engineers in California. was a “side” project at the time.

2006 is when the site went live and was the time everyone (a limited amount of people I should say) knew about .

Being a user generated pirate site, they allowed fans to upload:

And essentially content that the owners would come to make money off, naturally. Especially with more and more content flooding the site.

In this way, it was similar to how YouTube started since that site (even though it’s still kinda true) was rife with copyright infringement. And many copyright holders complained.

This is the same scenario with during that time, but the convenience of it being a “user generated” site, at least in name, justified the actions and they pursued it in spite of criticism.

Many people in the industry pointed fingers at , but ANN (Anime News Network) had the most fingers to point without a doubt.

In an interview with one of the owners behind , at least at the time, ANN essentially interrogated Vu Nguyen.

Many of the questions were about ‘s:

And things of that nature in connection to their position as pirates.

“Did you ever feel a cognitive disconnect making money – regardless of what that money was used for – by providing illegal streams of the artists’ work, without a dime of it going back to the artists themselves? You weren’t subtitling them yourselves, either, just using external fansubs, and making money by them. Did that ever bother you? Did you ever stop and think “what are we doing?”

“I wouldn’t say that, but a lot of people don’t realize how much work and money it takes to keep a website running. All of the donations went into operating expenses. We put in countless hours every week after work and school to make it a good site. We weren’t trying to make a profit, but just keep the site running. We believe the same thing fansubbers do, that by growing the popularity of , we are growing the fanbase and the industry. I can’t comment directly on it, but I can say how the and fansub community even began.”

The interview continued like this for 3 pages, with ANN grilling and asking them hard questions with a lot of aggression behind it.

This would be the last time ANN did this considering what happens later with as a company.

Tokyo TV is also a company who wasn’t fond of during those times.

2. $4.05M investment that changed the direction of

Money is business and business is money. It’s what makes a business operational and worth pursuing.

Before 2008 the owners who worked on CR also did part time to support the business, but once 2008 came along that was all in the past forever.

A company called Venrock invested over $4M into , which is what set the stage for their transition from pirate to a legit company years later.

Before this “change” companies like and Bandai Entertainment caught wind of the news and didn’t like what they saw. Mostly because pirate content was still available on ‘s site.

It was around 2009-2010 when this would change in a real way, and the move to legal distribution began just as promised to companies like Tokyo TV. 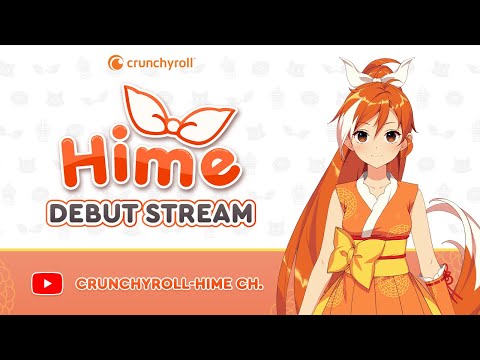 Crunchyroll-Hime, the mascot behind was born out of a contest (2012) that had a certain artist win and design the concept.

Since then -Hime has been a major part of the brand, its advertising, marketing material, social media content and more.

They’ve created exclusive content around this mascot, and have even had Hime cameo in like Kemono Twins. 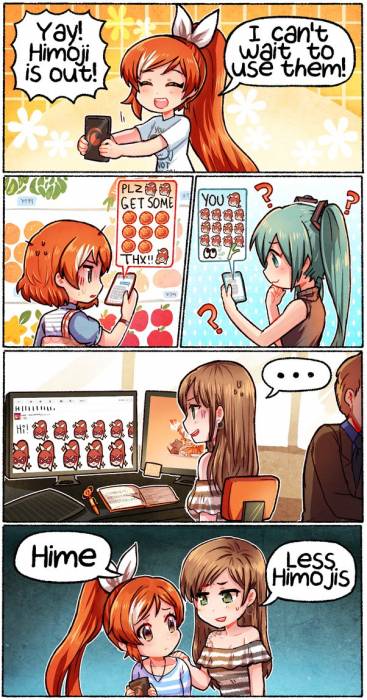 They even do and have built stories around Hime, which no doubt has built up their brand because Hime is famous in the community (in general).

Its made more relatable and relevant.

2013 is the year started publishing (legally) on their website, with and other titles being the first features.

It’s also the same year received a bigger investment than ever from News Corp, to the tune of $100 million. AT&T joined 1 year later and they both put in over $500 million for ‘s expansion.

This eventually lead to having at least 1000+ titles (USA) on their platform. And the development of games like Princess Connect ReDive. 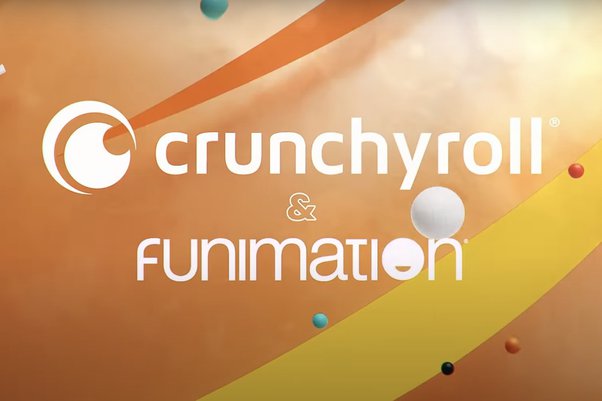 Crunchyroll now has all of ‘s content on their platform. Sony has phased out and all their products will slowly move to CR and be finalized by April 2022.

That means subscriptions from will be dealt with by , and presumably their employees will transition over as well.

Many are calling this a good thing now that is truly a monopoly who literally owns as far as having the biggest dedicated platform.

Whether that’s true or not is to be seen. But any stupid, self centered mistakes will lead to more piracy. The ball is really on Sony and ‘s court now and the world is watching with high expectations.

How I Became A Crunchyroll Judge For The 2021 Anime Awards