Iori Nagase is what I’d called the “fun” girl from series – Kokoro Connect. Which is a psychological series with a touch of mystery and a little romance.

She’s the type of girl who can make a dull conversation lively and energetic.

And can easily get along with others, and bring people together.

Like many characters, Iori has moments of wisdom and inspiration that are worth mentioning.

So with that being said, let’s get started.

9 Iori Nagase Quotes To Be Inspired By: 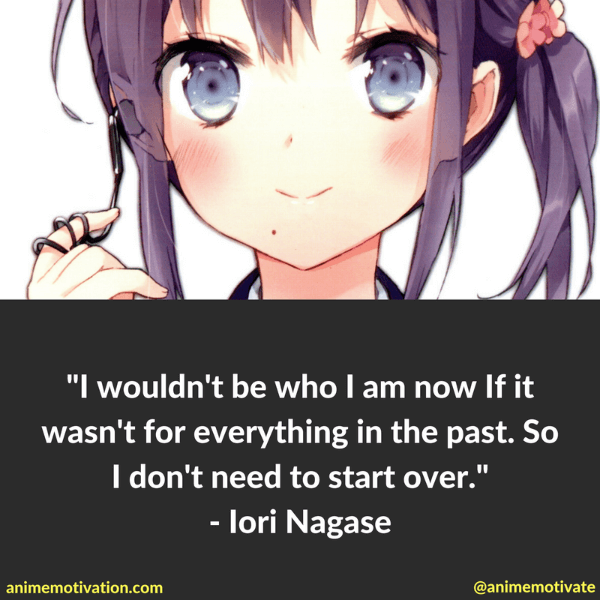 “I wouldn’t be who I am now if it wasn’t for everything in the past. So I don’t need to start over.” – Iori Nagase

Your past makes you who you are today. So instead of starting over, all you need to do is move on and keep going. 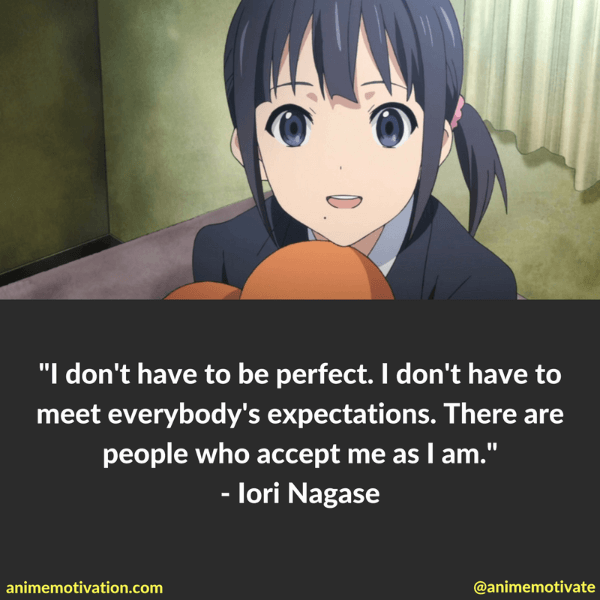 The only expectations you need to meet are your own. Not everybody will accept you, and that’s OK. 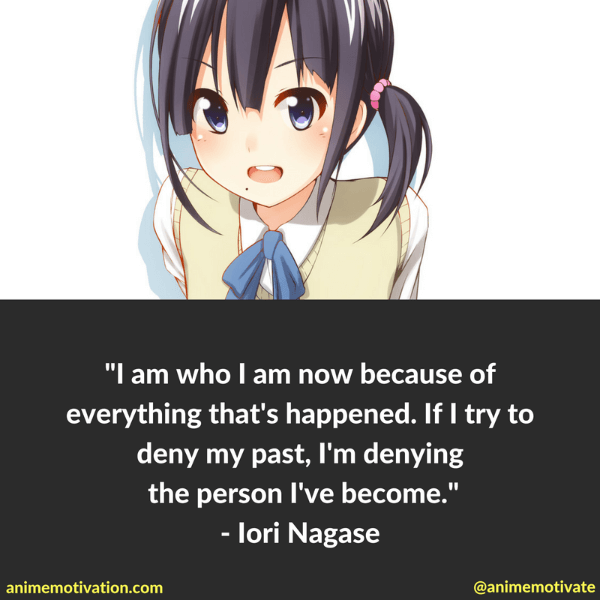 “I am who I am now because of everything that’s happened. If I try to deny my past, I’m denying the person I’ve become.” – Iori Nagase

Accept yourself, and be with people who also accept you. 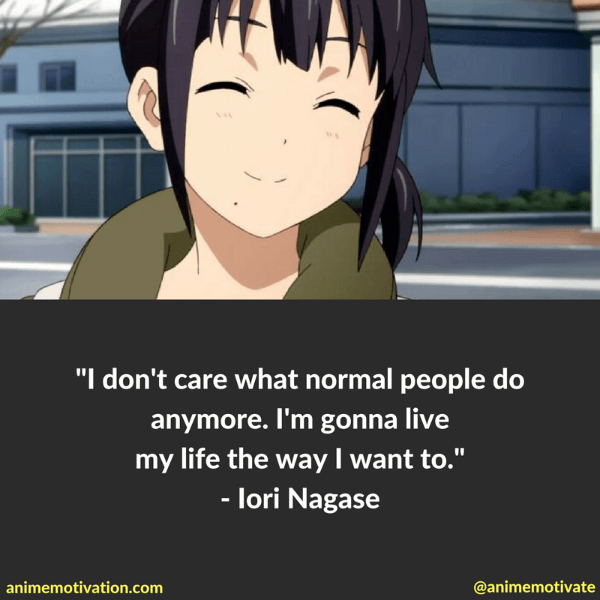 “I don’t care what normal people do anymore. I’m gonna live my life the way I want to.” – Iori Nagase 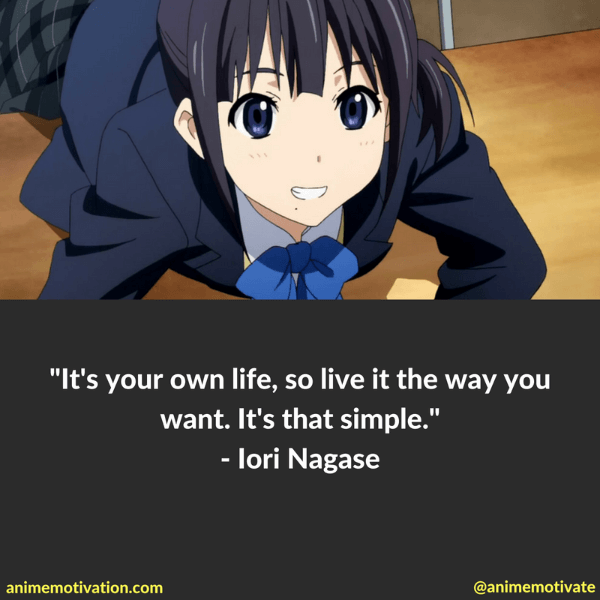 “It’s your own life, so live it the way you want. It’s that simple.” – Iori Nagase 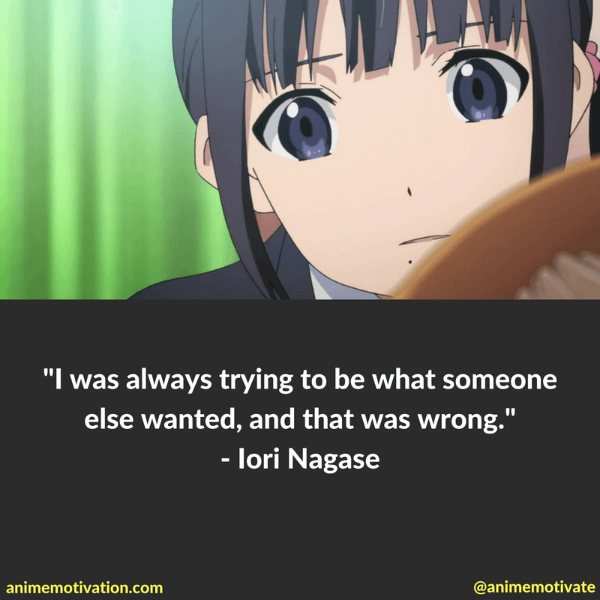 “I was always trying to be what someone else wanted, and that was wrong.” – Iori Nagase

If you try to be something you’re not for someone else, you’ll never be truly happy.

“You shouldn’t take it out on others when things don’t go your way.” – Iori Nagase

This quote is mentioned in the last episode of Kokoro Connect. 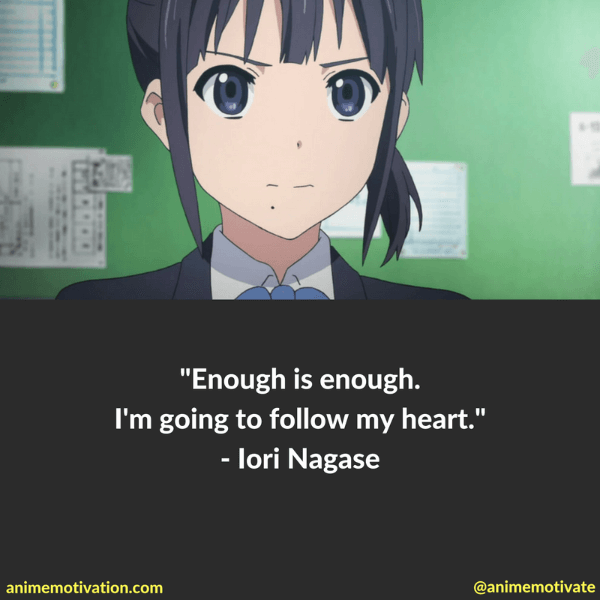 This quote is also mentioned in the last episode of Kokoro Connect.

In the end, following your heart is the most important decision you can make.

Which Iori Nagase quote is your favorite?