Nobara Kugisaki started out slightly arrogant as Jujutsu Kaisen began after her appearance. Especially after Yuji basically saves her from a problematic situation.

As time goes on, Nobara does change in this way but it’s more that more of her personality shines and her character starts to leak through.

Her being likable isn’t surprising in the end.

Sakura on the other hand has a rough start in , and that undermines her character. Her being insensitive to , and clamming up during critical moments plays into this.

It’s not until later to some degree that the changes take place.

One important fact is Sakura starts as a child, but these differences can’t be compared as a starting point.

Let’s breakdown the differences between:

And WHY it matters in terms of how each character is and was written in both of their own . 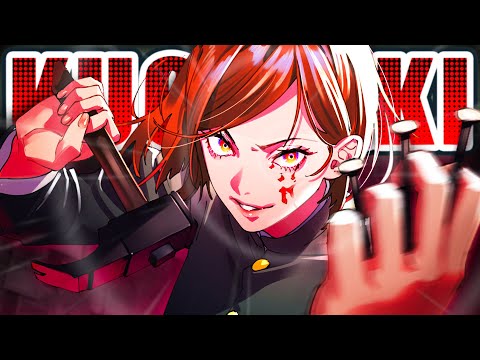 I don’t have any other word I can use right now, but we’ll go with the American term “badass”.

Nobara in my eyes when it comes to her femininity and how badass she is as a character is what Sakura should have been.

And most of all – she gets stuck in and doesn’t watch on the sidelines as everyone else is getting clobbered to death.

She’s written in a way that balances out both of these traits, and it’s realistic as well. It’s not like this is only something you’d see in fiction. No, real women are and can be that way as well.

Nobara is a representation of that in comparison to Sakura. 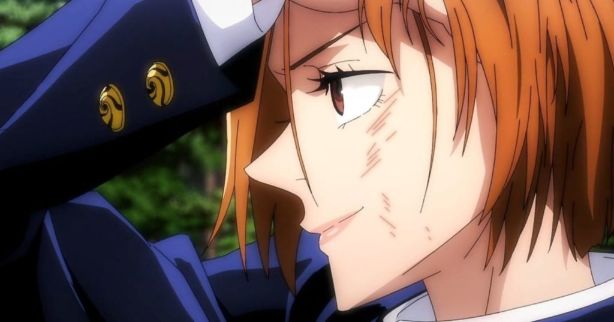 Nobara Kugisaki is a confident woman. Unlike Sakura she wasn’t bullied in her past from what we’ve seen, so this and other things like it had no potential to damage her confidence to a degree.

That said, Nobara has had her experiences, especially through the eyes of others, and this has shaped her character and personality nicely.

This is shown during the battle where Yuji is fighting the special grade, and Kugisaki is almost devoured by that frog. 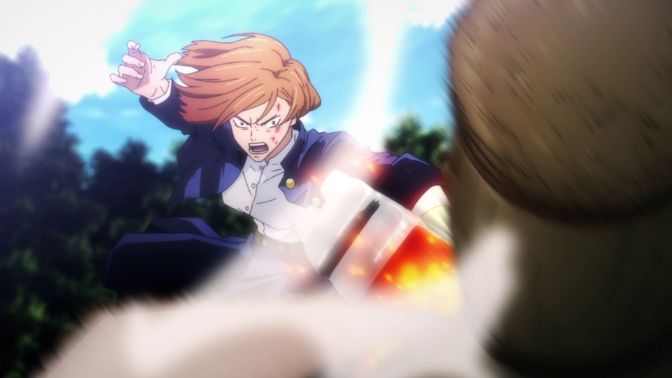 We also see this later when she’s fighting against the girl on the broom, and later Maki’s sister for a brief moment.

It doesn’t seem like she’s in a position to win or make leeway, but she finds creative ways to fight back and get equal.

Her self confidence is one of her most attractive traits in comparison to Sakura.

3. She believes in gender equality

What’s better than a character or person who believes in TRUE gender equality? Not the fabricated, agenda-driven kind of equality, but the genuine, compassionate, and sincere kind.

This happens during a fight with Momo NIshimiya. She was complaining about societal demands, her being a woman and not having what it takes in comparison to Men, or something of the sort.

In other words she’s victimizing herself. Nobara isn’t having any of it.

This is another insight into Nobara’s self confidence, as mentioned in the last point. And she’s not restrained or restricted by thoughts relating to gender.

And similar thoughts don’t exist in Nobara’s mind. Not that she’s an idiot or delusional (like Men being physically stronger), but it’s not a factor that stops her from progressing or working on herself.

It’s an important distinction. And she loves herself for who she is.

4. Nobara is more laid back and can be childish

Nobara Kugisaki’s personality on the average day is more akin to being laid back and chill. Unless she’s pissed off and someone gets on her bad side.

But she’s also more silly and can be childish compared to Sakura.  This is shown when she’s with Yuji Itadori, the male MC of Jujutsu Kaisen.

When they’re both together they’re so in sync and their more comical and fun side comes out more. Especially in Nobara’s case who can be more serious than Yuji.

This side to Nobara’s personality is what makes her likable in general, aside from all the more serious stuff in JJK like fights, abilities, and what not.

Nobara fights with a doll and a hammer, basically. It’s a strange way of fighting compared to what you usually see of female or even male characters in .

To the average person, Nobara’s fighting style seems weak and primitive. But that’s far from the truth in reality.

How it works is she uses her hammer to fling nails at opponents with cursed energy. But in the case of curses, if she mark them with her weapon, she can then hit her voodoo looking doll and kill the opponent instantly.

It’s strangely versatile but uniquely strong. It adds another element of uniqueness to Nobara’s character compared to typical fighters or even fights in general.

1. Master at healing and support techniques

Let’s start with one of Sakura’s greatest strengths: her ability to HEAL and support others as a medical ninja.

Sakura’s always been a genius at these types of techniques in , or just understanding Jutsu in general. It’s one of her earliest strengths that’s most obvious.

She’s the reason Kankuro’s life was saved in after he was poisoned by SASORI. Without her help, he’d be a dead man for a fact.

During the PAIN arc Sakura’s capabilities shined through yet again. She took care of a lot of Shinobi in the hospital and made a huge difference as far as keeping people healthy.

Tsunade being her mentor helps in this area, but Sakura always had the potential so it’s no accident. 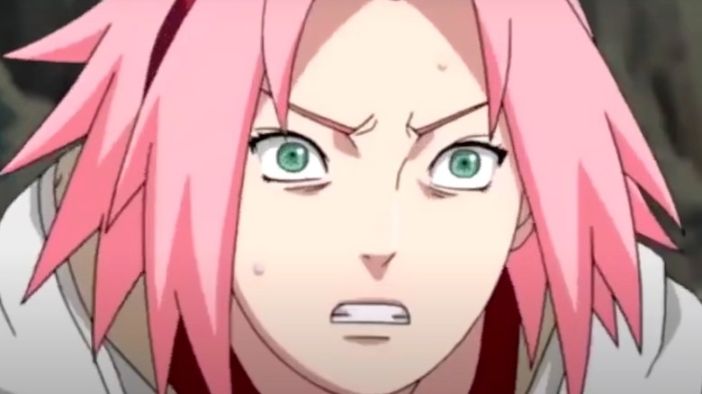 Sakura Haruno’s biggest, or one of her biggest weaknesses was her indecisive nature. She could never invest into a decision and then stick to it (aside from her obsession with Sasuke).

Her lack of decision making skills on the spot is why she was useless in so many battles, more so in the first season of .

Her indecisiveness was mainly because of ear in the first season. But in Shippuden, where she’s grown up and comparable to Nobara in age, Sakura’s indecisiveness continues.

By this point it can’t be put down to age, but only character. Sakura’s constantly battling with herself in the series, partly because of bad writing and the writers flip flopping between what they wanted out of Sakura’s role. 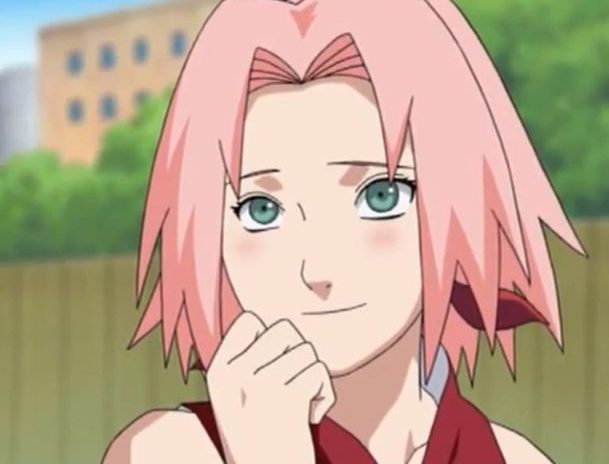 Sakura is an emotionally driven character and person. Meaning her decisions and life in general (first 2 seasons) were driven heavily by emotions alone.

This is the reason Sasuke starts to find Sakura annoying, which he tells her to her face. And in spite of it, she still chases after him like a lapdog.

The dynamics of are obviously different to Jujutsu Kaisen, ROMANCE being one element that’s different. But it is an example of Sakura being an emotionally driven person in comparison.

Of course there are times when this has been a good thing. Like when she was trying to save ‘s life during the war arc.

Her emotions during this time was her greatest strength.

Sakura is obviously a feminine character, with some obviously masculine traits. ‘s world is different when it comes to dress sense, but Sakura’s dress style has always been an indicator.

Once Shippuden starts, you can see this even more than ever before as far as masculine traits. It’s part of what gives Sakura her “badass” moments in .

The one thing that’s a little confusing with how she’s written though is the writers inability to decide between masculine and feminine. 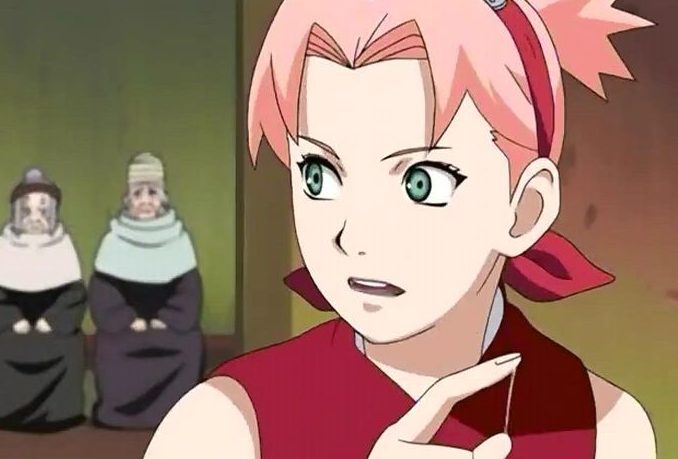 Not to say Nobara isn’t a hard worker, but SAKURA takes the cake when it comes to working hard and work ethic.

I’m talking more about Shippuden and maybe bits of the first season later.

As I mentioned Sakura made a difference in the hospital during the PAIN arc. She worked her ass off, You can’t take that way from her.

As far as education, Sakura has always been the most dedicated, committed, and serious about it. That’s why her smarts was praised even by Kakashi early on.

Sakura might have her flaws, but hard work and the willingness to do so isn’t one of them.

In the end, Nobara is better written and in Sakura’s case, how she’s written is the biggest flaw in her character overall.

Other differences between both characters is Sakura was bullied as a child, and her friend Ino was a big part in shaping her self confidence later.

The focused more on Sakura’s love for Sasuke too much though, instead of her friendship with Ino.

What differences have you noticed between Nobara vs Sakura?

If you have something to say, let it be known.

American Vs Japanese Animation, And The Differences In Quality Overtime

5 Unique Differences Between Rem And Ram From ReZero