Anime is a “small” window into what Japan has to offer. But it’s not the full picture.

No matter how real it seems.

Let’s focus on the “realistic” parts of anime that accurately reflects Japanese culture.

Here are the best worth mentioning.

The Best Anime About Japanese Culture: 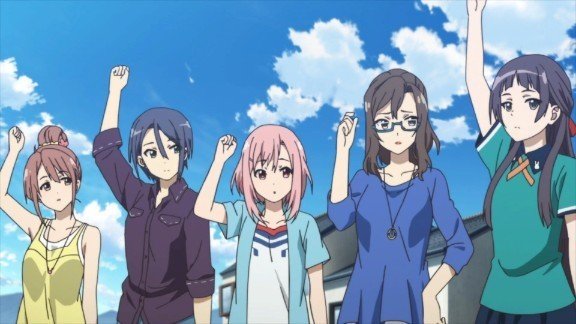 Sakura Quest is based in a REAL Japanese village called: Manoyama.

From the scenery, to the train station, to the fields and more, Sakura Quest highlights it all. Making it one of the most accurate anime about Japanese culture. 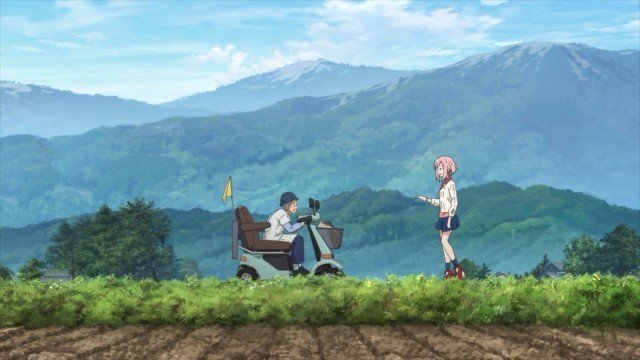 Besides the obvious realistic scenes and depictions, this is a series with a focus on tourism, business and some lightweight romance/comedy.

Spice And Wolf (or Seinen) fans will love Sakura Quest.

2. The Ambition Of Oda Nobuna 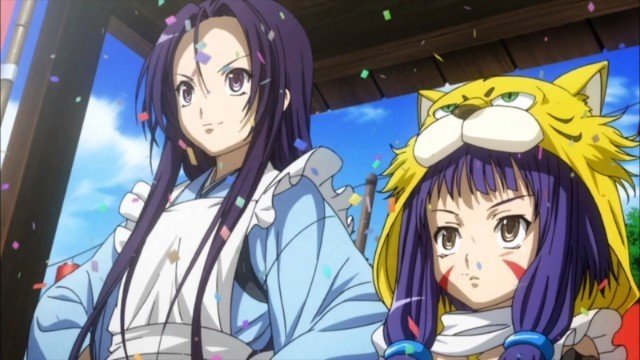 There’s probably nothing more realistic and accurate than this anime series for good reason.

In Japan’s history, there was a man called Nobunaga. He was what you call a daimyō, which means “lord” in the feudal era of Japan’s 16th century.

In this anime, Nobunaga and his henchmen are renamed for comedic reasons. And turned into women.

But the story is the same. With the main character: Oda Nobuna setting out to unify Japan and make Japan a better place for everyone. 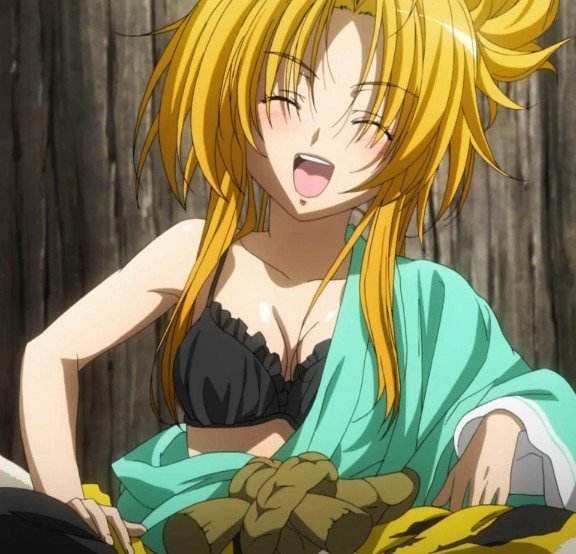 That’s why The Ambition Of Oda Nobuna is the most accurate depiction of Japanese culture. 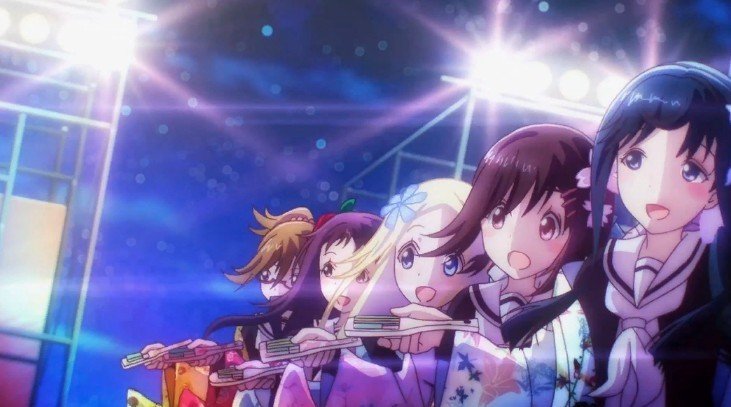 In Japan there’s a freestyle type of dancing called: Yasakoi. Where you can “invent” your own style of dancing to fit what it means to do Yasakoi.

To do Yasakoi, you need a certain instrument to make it all work. 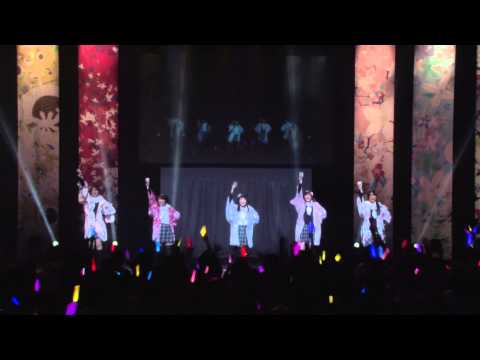 One thing that makes Yasakoi unique is the style of clothing. As there are multiple types you can wear.

This is one of the main highlights of this series: Hanayamata. Where all the main characters get together and form their own Yasakoi tribe while still in school.

It’s a series and you get to learn something new about Japanese culture while you’re at it! 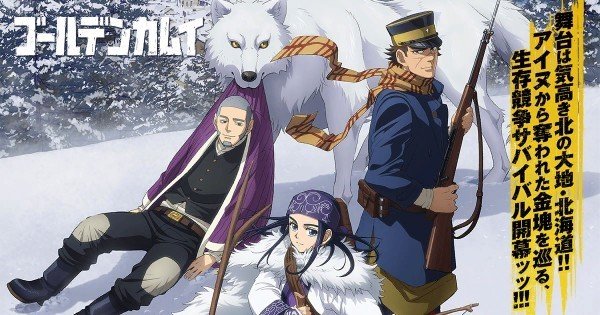 Golden Kamuy is one of the latest anime series to come out of Japan in 2018. With a 2nd season already airing.

Or in this case: the indigenous group of ethnic people called “Ainu”. 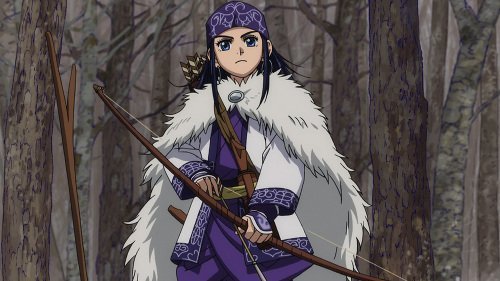 Asirpa, an Ainu from Golden Kamuy.

They’re an ethnic minority of people who died out ages ago. They were discriminated against and became victims of prejudice.

By blood, the Ainu have connections to Japan and Russia.

The main character of Golden Kamuy, Asirpa is an Ainu herself.

And you get to learn about the rich history of these people, while getting a dose of entertainment, comedy, and action as the anime progresses.

I’d watch it if you like historical, action or Seinen anime. 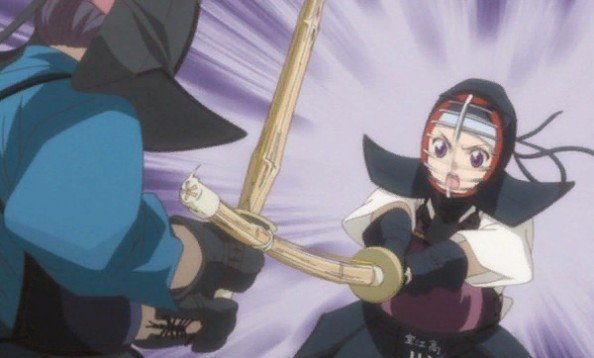 Bamboo Blade is a little more simple compared to other shows on this list. When it comes to its depictions of Japanese culture that is.

It’s an anime about Kendo and sports.

Most of the characters are female, with 2 male mentors who teach their Kendo practitioners how to fight and improve their skills.

And the best part about it? There’s no stupid, irrelevant fan-service or anything else that’s inappropriate.

For an unknown series, it’s one of the best anime shows I’ve seen that also highlights Japanese culture.

It goes into the nuances, the smaller details and more about Kendo, and how it all works.

Even some of the characters are based on real life Kendo experts from Japan.

Dagashi Kashi is all about a set of sweets sold in Japan for literally pennies on the pound (or dollar).

And yet they taste good, and have a massive variety of sweets you can try regardless of how it is. 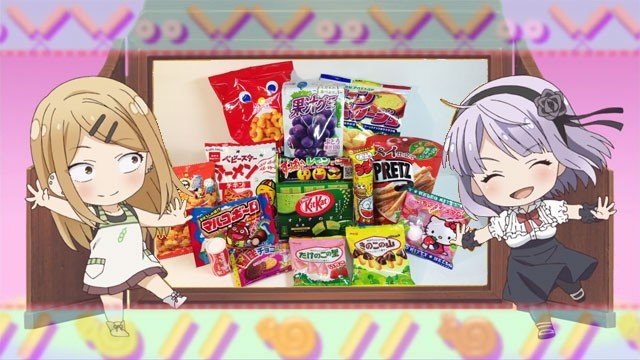 Dagashi Kashi is a comedy series with fan-service so if that’s your thing, go for it. And you’ll get to learn more about Japanese culture as well.

There’s also a little about the “business” of selling Dagashi sweets in general. 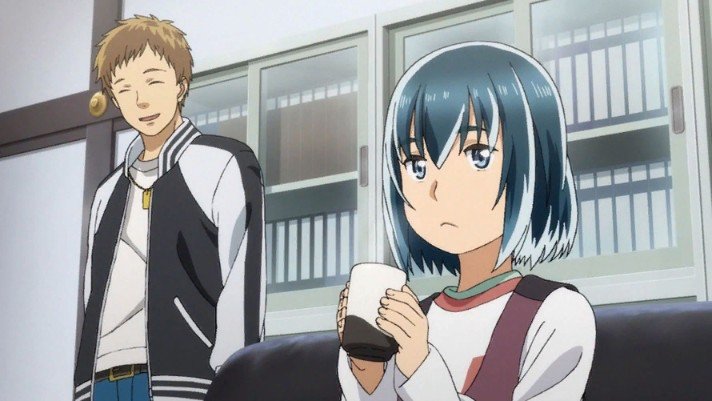 Hinamatsuri takes slice of life and blends it with the lives of Yakuza members in Japan. Painting a unique picture of what the Yakuza are like when “off duty” so to speak.

Though it’s partly “comedy” at the end of the day.

There’s also another important fact this anime portrays about Japan. And that’s how homeless people are treated. 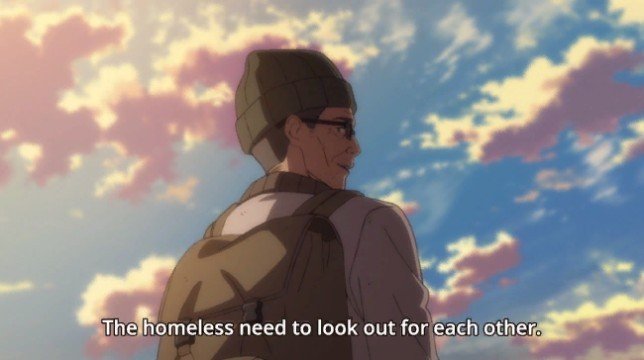 I’ve never seen an anime portray the darkside of being homeless so well.

Hinamatsuri literally pulls the empathy out of you and makes you feel their pain.

It’s pretty emotional and so meaningful you’ll have no choice but to be drawn in by this animes charm. 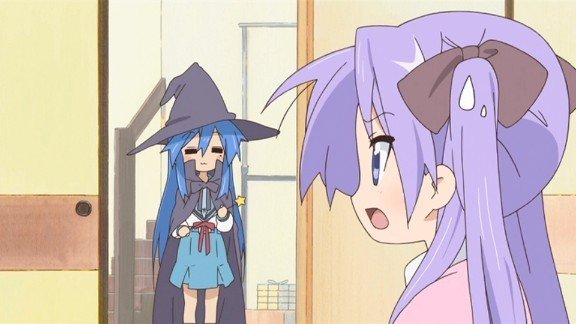 Lucky Star is all about Otaku Culture at its core. Because the main character: Konata Izumi is an Otaku herself.

She’s even shown as lazy, not taking things seriously, and only being interested in or anime. Like a stereotypical Otaku.

As you know, Otaku Culture in Japan is nothing like what you see in the west.

In fact – that’s why we define Otaku differently to how the Japanese define it. 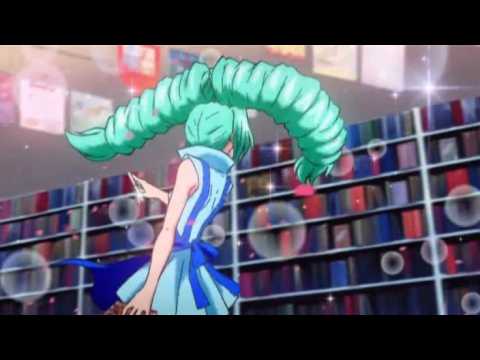 Lucky Star is a comedy series of course. But it’s still a good example of Japanese culture, what it’s like in terms of Otaku’s, how big the culture is and what certain people get up to.

Samurai Champloo is based in the Edo period of Japan. You can tell from the style of clothing, the houses, buildings, shoes, and everything in between.

It might not be as “in-depth” as others on this list for how it portrays Japan, but it’s a good start.

And the anime itself is one of the most different, raw, real and refreshing I’ve seen in an action/adventure series. 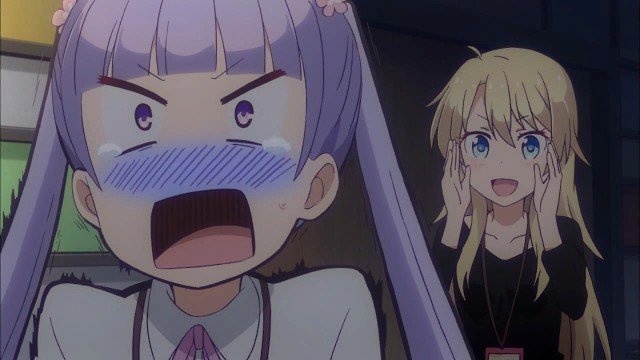 Aoba Suzukaze (purple hair) has always dreamed of working for a gaming company so she can develop for a living.

And that’s exactly what she does after being hired by Eagle Jump.

The main characters are female designers, programmers and what not.

And though most people in the gaming industry aren’t women, the grueling hours, hard work, late nights and brutal deadlines to meet are all the same. 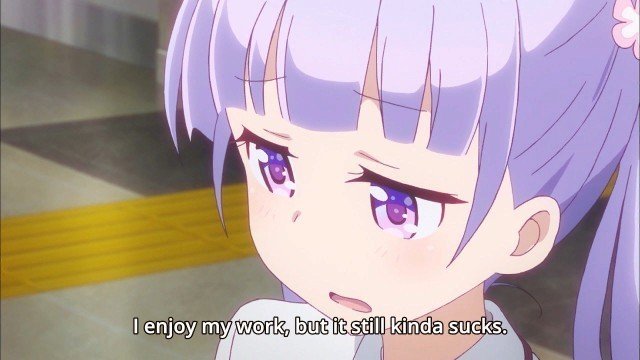 The comedy and animation is refreshing too. And there’s few anime you can really compare it to. 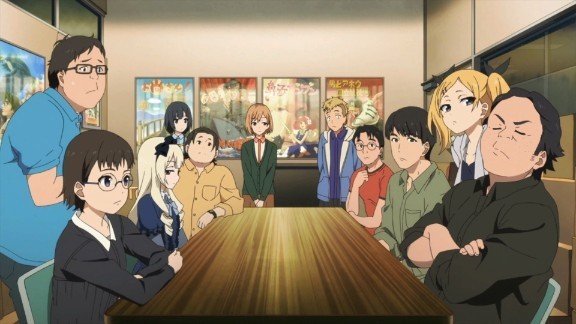 This anime is about the anime industry itself. So it doesn’t get more accurate than this.

Working in the anime industry and running your own anime business is hard in Japan. It’s one of those industries where loving what you do is even more important than what you get paid.

Because the hours you work is so insane that once your shift is over, the is an after thought because you have so little time to do anything else.

This is mostly true for employees though. 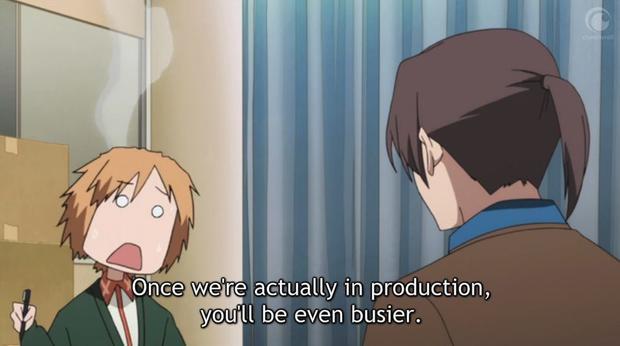 This is only a small part of what Shirobako talks about, on top of production costs, salaries, and similar things.

From a business point of view, it doesn’t get more real than this when it comes to Japanese culture. 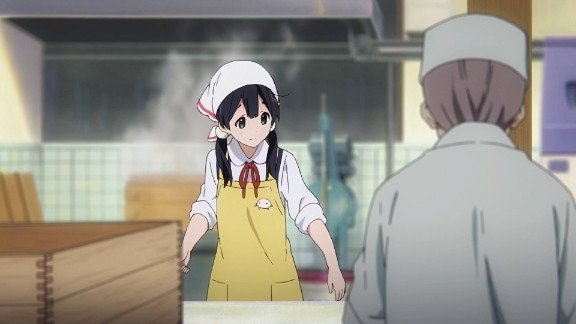 And then there’s Tamako Market. An anime about Tamako, the daughter of business owners who make Mochi for a living.

Mochi is a type of Japanese rice-cake that’s pounded into a round shape. Or sometimes square.

It all depends on the season and what the intention is. 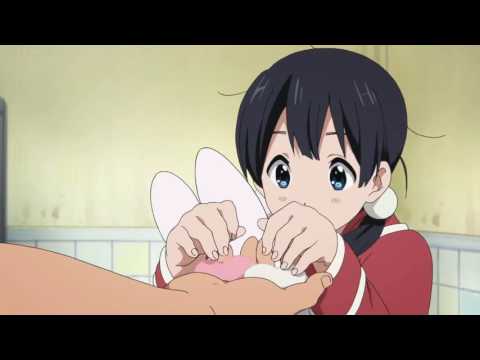 Considering Tamako Market is based in a town that specializes in Mochi, it’s one of the most common types of foods you get to see.

And there’s nothing false or dishonest about how it’s made (and portrayed) in the anime itself.

If you like K-On, this is a good alternative. It’s only 12 episodes long

I haven’t watched every anime out there, so if there’s more anime about Japanese culture, let me know.