characters with disabilities, whether that’s:

You don’t have much that focus on disabilities in particular, but you do have a lot of (relatively) with characters who share these issues. And are relatable to the audience.

These characters are depicted respectfully as well, and aren’t used for comic relief or anything demeaning.

1. Shiki Ryougi (The Garden Of Sinners) 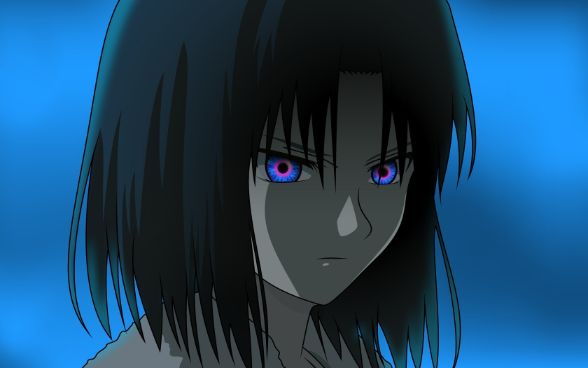 The Garden Of Sinners is a rare breed of an . An underrated one. With some of the nicest visuals in the industry.

Shiki Ryougi is one of the main characters in this parallel FATE universe. One of her disabilities is amnesia.

It’s a disability many of us are aware of without too much explanation.

She also has the disability of dissociation. It’s a mental disorder where as the word implies, you dissociate, or even disconnect from your thoughts, feelings, or even who you are as an individual.

Shiki’s relevance and role in the series is important, along with the aspects to her character that make her relatable. 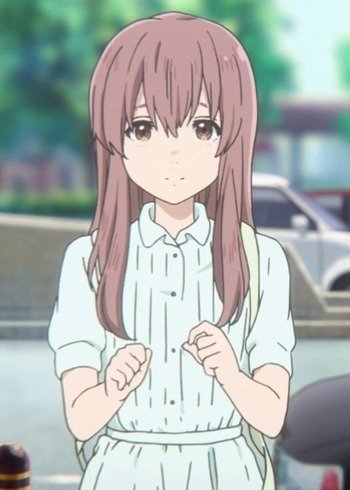 Shouko is a def girl from childhood. This is her disability, and one of the main reasons why she’s so insecure as she gets older.

In school, like many def kids, Shouko is bullied, abused, mistreated and even attacked by others in her school.

While it looks like she’s just “dealing” with it, in reality she’s internalizing the abuse and it becomes a part of her identity. It makes her introverted to an unhealthy degree.

This even leads to thoughts of suicide, and depression as well. The is made by Kyoto Animation and is one of their most emotional in their catalog. 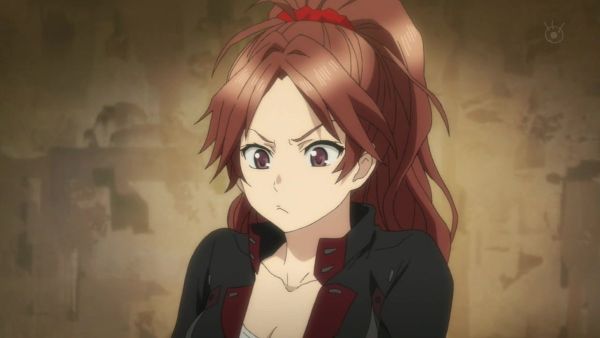 Ayase is more of a background character in a literal sense. She’s the “backup” for everyone who’s on the front lines of this .

Being interested and skilled with tech, she’s involved in everything related to it from a war/strategy stand point. And with communication in general.

She’s bound to a wheelchair because of an incident in her life. Of all the female characters she has one of the best personalities. 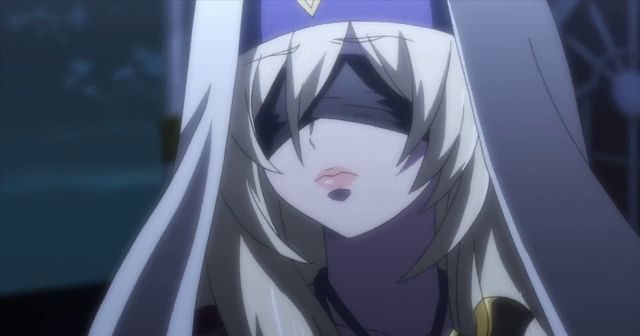 The Sword Maiden as the name implies, is easy on the eyes and good looking. She has a soft voice, a gentle tone, and is what you’d call a feminine character.

Sword Maiden’s disability comes down to her blindness. She simply can’t see but has gotten used to it to the point where she can navigate well.

Goblin Slayer is a horror series by White Fox studios, with a focus on adventure so disabilities isn’t a major focus. But it’s still relevant and worth mentioning. 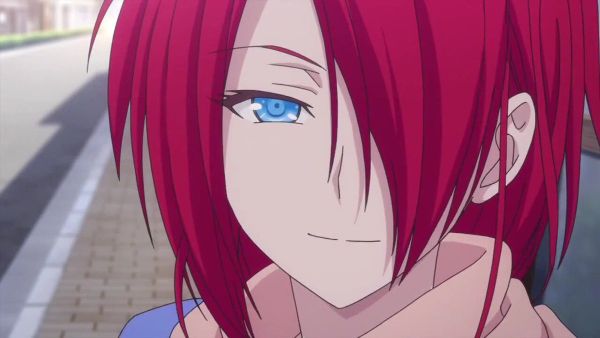 Sala Shane is the red haired singer that shows up later on in the  Charlotte when the MC needs it most.

She’s a jolly character and fun to be around. The one to lighten the mood or share the type of insights that will make you think about things in a critical way.

Like Sword Maiden, Sala Shane is blind and can’t see. But in spite of it, when she’s performing on stage none of that matters at all.

Music is her deepest passion. She also needs to use a cane. 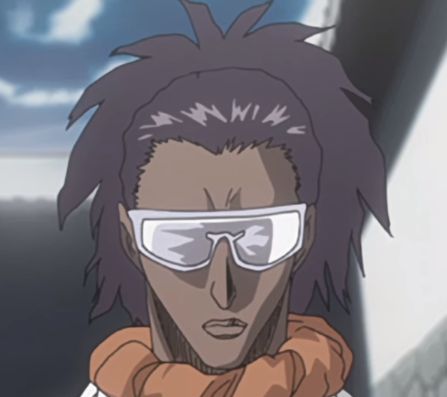 Tousen Kaname is one of the quieter captains from Bleach. But still a relevant one in the ‘s overall story. More so in the most important parts.

He’s blind, a visual disability many people (and characters in ) tend to have. But he doesn’t allow it to become his weakness.

This is obviously, a supernatural one at that, but as shown with other characters on this list (Sala) Tousen finds a way to navigate the world regardless. And live his life. 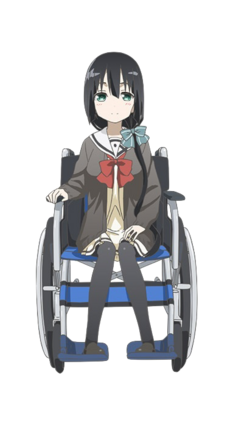 Yuki Yuna Is A Hero is an inspired by . Even more so than comparable magical girl that came after .

Tougou Mimori later becomes a magical girl herself, but in the so called “real” world she’s bound to a wheelchair. And has psychical disabilities.

Tougou is a kind girl with a gentle persona. And is probably one of the more thoughtful characters of the series.

Her abilities as a magical girl compensate for her physical disadvantages. It’s symbolic. 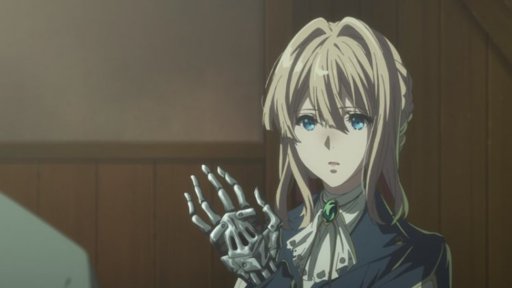 Violet Evergarden has a physical disability, which results in her needing a new arm and hand. A prosthetic.

This is a result of her being thrown into a war, brainwashed as a child, and being weaponized as a child soldier.

While her past life is now behind her in general, she’s regretful of her actions despite the fact she was groomed into it (killing others, etc).

Violet Evergarden is a journey of self discovery, personal development, and to find out the meaning of love, since she was never taught it. 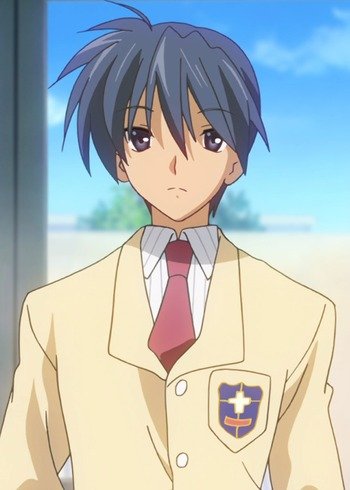 Tomoya Okazaki is the main protagonist of Clannad, aside from Nagisa (the romantic interest).

He’s a laid back guy with a bit of a sense of humor which comes out when he’s with his sarcastic school friend.

After an incident, Tomoya can’t use his arm properly for things like Basketball as an example. This is his physical disability which is more of an “invisible” disability that isn’t obvious.

Despite being drawn and designed in a plain style, he’s one of the most relatable and well written characters in the romance and slice of life genre. 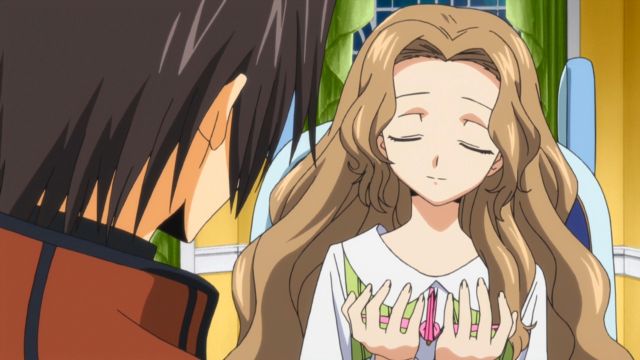 Nunnally is the younger sister of Lelouch Lamperouge, and an important source in the ‘s main plot.

She’s bound to a wheelchair as a result of bullet wounds, and is blind as well. She never opens her eyes (rarely) if ever).

She appears to a nice girl who’s gentle, and definitely compassionate. But there’s more than meets the eye that gets revealed later.

Relevant: 16+ Of The Best Anime Siblings Who Deserve Some Credit!

Chihiro Shindou is one of the earliest girls to have an “eye patch” as a sort of aesthetic and design style in . A Tale Of Memories aired in the 2000’s.

Chihiro has her own journal. She writes in it everyday. Every 24 hours she loses her memories, everything is completely wiped.

Who she is tomorrow isn’t who she was yesterday. Every morning she reads her journal to find out who she is in bits and pieces, though detailed.

This is her disability, but there’s more to it than that. 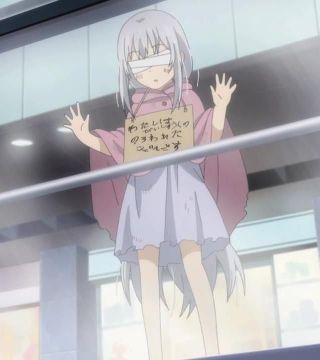 Blind Girl as she’s referred to in the Black Bullet series, is a homeless girl who’s as poor as it gets.

She’s helpless in the most literal way of describing it. Being blind doesn’t help, and sadly she’s being taken advantage of because of her blindness.

When she thinks people are leaving money for her in a container, it’s actually not money at all.

What’s surprising about this side character is how kind and upbeat she’s able to beat in spite of the abuse and treatment from strangers. Partly because of her disabilities.

Similar: These 21+ Anime Characters Have Some Of The Saddest Pasts 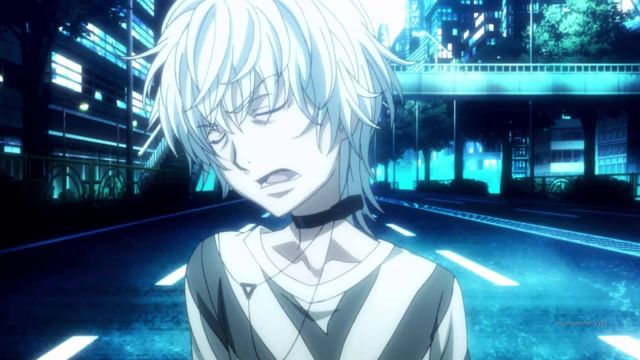 Accelerator is the most esper in this franchise. He’s the #1 ranked level 5 in Academy City.

With the power of vectors in his control, nothing can touch him or phase him.

Later in the series after making amends with himself and fighting his own demons, he ends up in a problematic situation. It leads him to being shot in the head but surviving.

This is the birth of Accelerator’s disability. He needs technology and machinery to stay functioning (mentally) in day to day life.

He has to wear it at all times. Without it, he can barely string a sentence together because of the damage to his skull and part of his brain.

Accelerator also uses a modified cane which is customized for his own benefit. 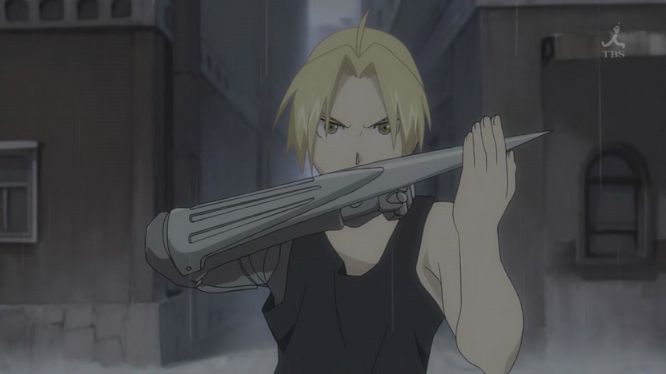 Edward Elric famously tried to bring his dead mother back to life. The pain was too unbearable so that’s the lengths he went to, along with his brother.

The consequence is losing his right arm and right leg, both of which are now prosthetics.

He learns to adapt to his new body and new way of life, and finds a way to manage and even fight with his disadvantages.

Relevant: The 20 Most INSULTING Beatdowns in Shounen Anime 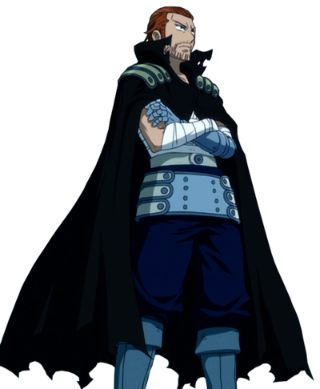 Gildarts Clive has a similar experience to Edward Elric, but different and more savage. He’s the father of Cana in the series.

After being probably the only person to fight Acnologia, the black dragon, he loses his arm and left leg. And has organ damage.

It’s a miracle he’s alive, but Gildarts is one of the strongest characters in the series who manages to get through anything he’s up against.

Also Josee, the Tiger and the Fish (film)