Many of us who have siblings know that it’s common to pick favorites and prefer one sibling  to  others.

In a similar vein, not all anime siblings are as memorable and dear to our hearts as these picks in our list of best anime siblings.

In this article we are going to give you our picks for the most interesting anime sibling relationships out there.

Without further ado, let’s jump right into it. 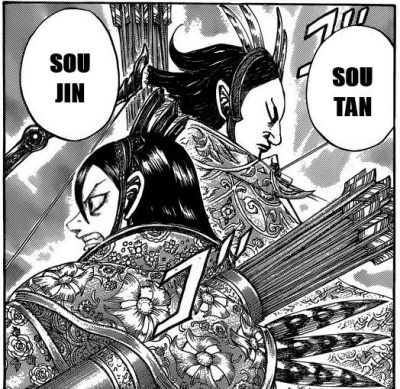 Let’s start this list with one of the coolest battle companion brothers that come to mind: Sou Tan and Sou Jin from the Kingdom manga.

They are one of the best anime siblings if you are not looking for an overly complicated backstory or conflicted relationships.

These guys kick ass, and have each other’s back.

The story behind Sou Tan and Sou Jin is that both of them are extremely talented archer’s, but the brother with the stronger physical constitution had a timid personality.

He relied on his brother to take care of dangerous situations. Without further spoilers, it takes a very serious test for him to show his true abilities.

15. Joey and Serenity Wheeler from Yugioh 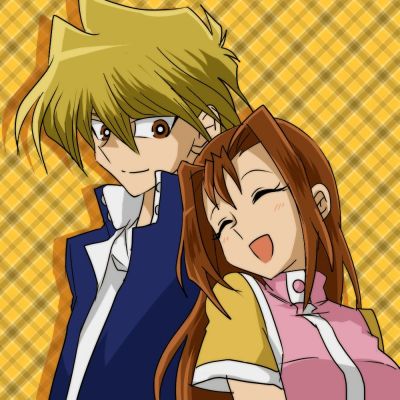 For kids who grew up watching Yugioh, Joey and Serenity Wheeler are the anime siblings that probably come to mind first.

Joey likes card , but his main motivation in taking part in the contest held by Pegasus is to win the prize money to pay for his sister’s expensive eye surgery.

Serenity is in threat of going blind and even though they were separated at a young age, Joey is willing to do whatever it takes to help his little sis out.

That’s the way it should be!

14. Katakuri and Brulee from 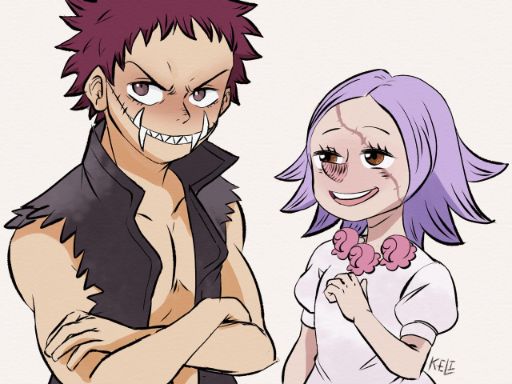 One major theme in the Whole Cake Island arc was of deceptive appearances.

Katakuri, as the older brother to the huge number of Big Mom children was seen as the ideal model of a human being by his siblings; especially by Brulee.

It is later revealed in the story that Katakuri is in fact very sensitive about his eel-like mouth and was bullied for it as a child.

Whereas, the bullies were no match for Katakuri’s strength and took their revenge on his sister and ended up scarring her face.

For better or for worse, Katakuri hides his mouth from then on and projects an image of perfection to protect his siblings.

Brulee, however, knows Katakuri’s secret and loves her brother as he is. A friendship in an otherwise messed up family.

Relevant: 49 Of The Most Noteworthy One Piece Quotes Of All Time 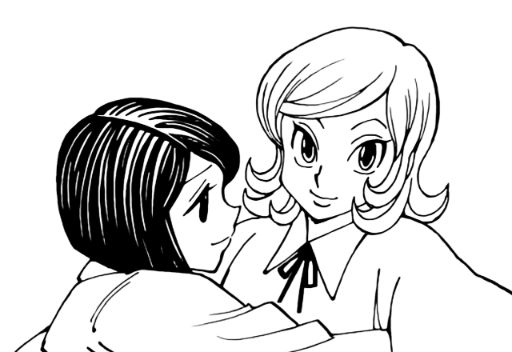 Kacho and Fugetsu are nice people caught in a not very nice succession war between the “princes” of the Kakin kingdom.

The ruling king Nasubi Hui Guo Rou is a crafty, but ruthless king of a huge empire.

He makes his children participate in the ancient tradition of a battle royale that will leave only the winner in charge of the throne.

As the twin sisters, Kacho and Fugetsu are still very young they decide to escape the contest.

They don’t realize that the ritual kills anyone who attempts to leave the ship where the contest takes place.

Kacho, who attempts to leave before her sister meets an unfortunate end, but manages to save her sister, as her Nen ability creates a guardian spirit identical to herself if she should die before her twin sister.

Relevant: 38 Hunter X Hunter Quotes That Will Make You Love The Anime Again 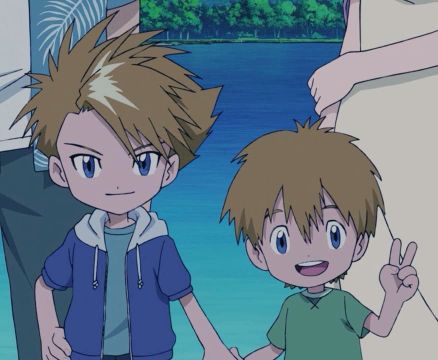 This depends on your age, but if Digimon was a part of your childhood, you’ll remember the strong bond between these anime siblings.

The dynamic between the “cool and distant” Matt and the gentle and youngest member of the group T.K was a large part of what defined the relationships of the characters in Digimon.

Matt is a leader type character that dislikes taking orders, but is also supportive of his younger brother.

His brother frankly needs a lot of assistance when compared to the other members of the Digimon crew.

These beefy characters started out as antagonists, but were revealed to be non-identical twins later in the story.

Both are extremely powerful Gourmet Hunters that both compete and ultimately care for each other in the fascinating Toriko anime.

In my opinion, Starjun is actually cooler in many ways than the main character Toriko himself.

The sacrifices he makes later on in the story goes to show that family matters most, even if the siblings are separated from birth.

10. Seto Kaiba and Mokuba from Yugioh 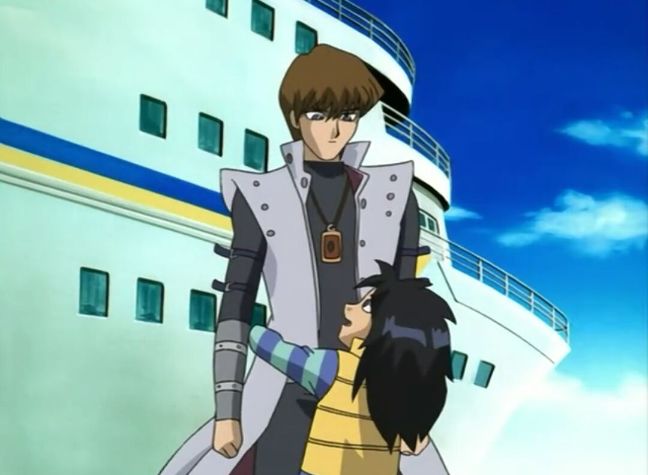 Hear me out on this one.

Whereas Mokuba was kind of a running gag for always getting kidnapped in Yugioh, and his brother was not exactly the nicest guy in the franchise, their bond as siblings was actually adorable.

Seto Kaiba is the anti hero in the franchise who has climbed his way to the top against the executives who wanted to gain control of his father’s financial empire.

Mokuba really is Kaiba’s main weak spot as he is the only character he shows affection to.

It is kind of heart warming to see a cold character such as Kaiba divert his aims in order to take care of his klutzy younger brother. 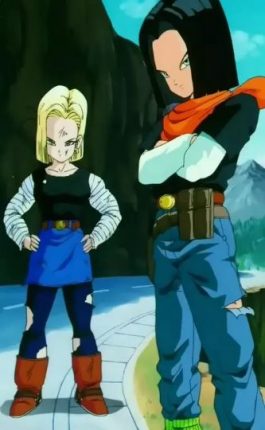 No anime siblings list is complete without a family of androids!

Whereas robots are usually conceived as emotionless in stories, Android 16 and 17 are exceptions, as they share a strong bond.

The android models were based on real human siblings called Lapis and Lazuli.

They remain very caring towards each other even in their mechanical forms.

8. Luffy and Sabo from 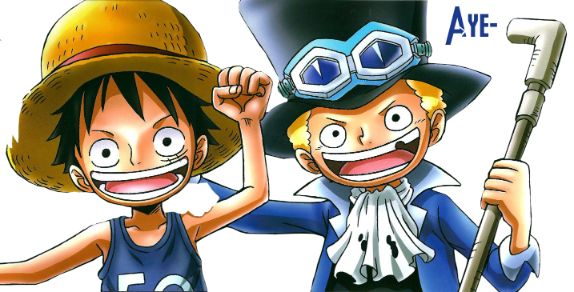 Luffy is lucky enough to have not only one brother, but two!

Sabo, Luffy and Ace grew up on the same island and whereas they were not born as biological brothers, they exchanged sake cups as a pledge to become brothers forever.

Needless to say these strong bonds formed in early childhood are unbreakable and both brothers have been impactful for the story of .

The reason Ace ranks higher in this list than Sabo is because large parts of the story relating to Sabo are yet to be revealed.

7. Tobirama and Hashirama from Naruto 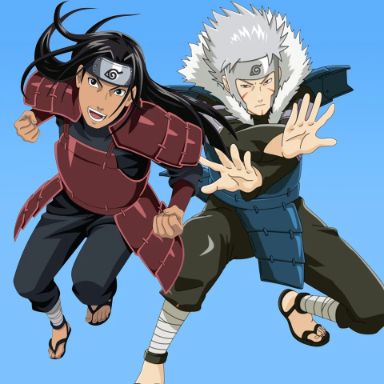 Everyone has their favorite Hokage. Though what could be cooler than this pair of anime siblings: Tobirama and Hashirama.

Whereas Hashirama is the most well known one, both are legends in their own right.

The older brother was known for his peerless strength and kind hearted nature and Tobirama invented many of the most powerful Jutsus in the Naruto universe.

A very influential pair of brothers.

Post: 11 Of The Strongest Anime Characters You Shouldn’t Underestimate 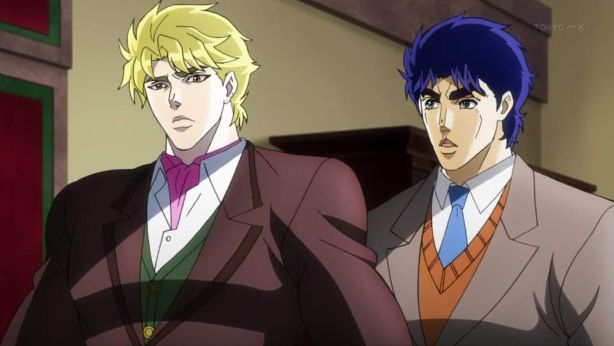 Jonathan Joestar and Dio Brando are adopted siblings and their relationship is the main source of conflict in Jo Jo’s Bizarre adventure, Part 1.

Dio Brando is the main villain of the first part of Jo’Jo as he sadistically manipulates everything around him and turns the Joestar family upside down.

On the other side of the coin, he’s also the catalyst for Jonathan’s growth as a character.

His adopted brother poses a challenge that helps him rise up to the challenges that his evil deeds create.

5. Seita and Setsuko Yokokawa from Grave of the Fireflies 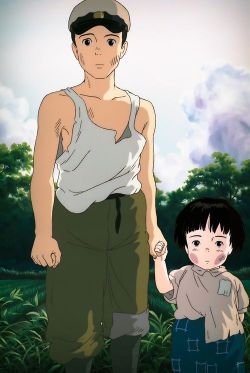 Grave of the Fireflies is certainly the most tragic anime I have watched. At the center of the sadness is the touching relationship between Seita and his little sister Setsuko.

These anime siblings are the victims of the cruelties of the second world war and give their best to survive and find happiness in harsh circumstances.

A good watch if you are looking to get your heart broken.

Post: 21+ Emotional Anime That Will Make You Shed A Few Tears

4. Itachi and Sasuke from Naruto 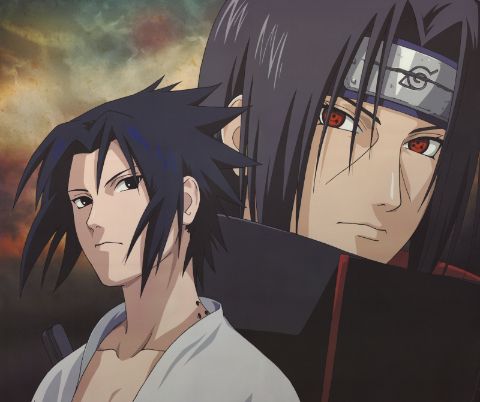 Everyone knows this anime siblings story.

The older brother Itachi commits an unexplained atrocity by murdering the entire Uchiha tribe in the Hidden Leaf Village, sparing only his younger brother Sasuke.

Sasuke swears revenge on his brother and aims to become stronger in order to defeat and kill his brother Itachi.

The story between these anime siblings is more complicated than it seems at first glance though.

Strange details emerge as Sasuke learns more about the past of the Uchiha clan.

Post: Why Itachi Uchiha Is Not A Hero, Regardless Of His Impact In Naruto

3. Luffy and Ace from 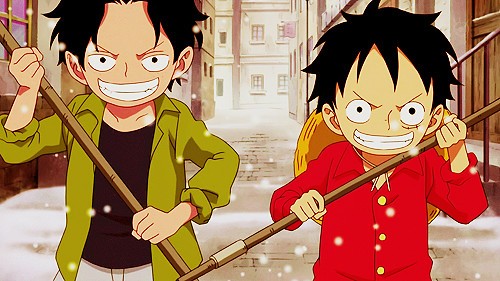 The impact Ace had on the story of can be seen from the fact that he ranks in the top 10 in character popularity polls.

This is even after being away from the main story for more than 10  years already.

Ace is the cool older brother everyone wishes they had and the events surrounding him and the bond between him and Luffy are still one of the key events in the entire story of . 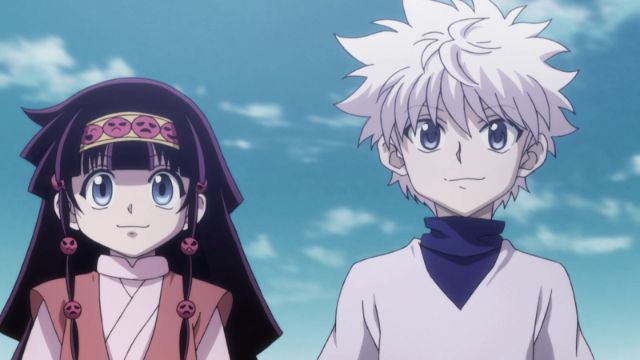 Killua and Alluka is one of the most heart warming relationships inside an otherwise harsh and conflicting family of the Zoldyks.

Alluka, the little sister of Killua, has been shut away by the family because of the dangerous Nen ability in her possession.

She is possessed by a mysterious entity called Nanika that can seemingly grant any wish asked from her.

Nanika will appear, however only when 3 requests from Nanika have been fulfilled. If she is refused 4 times, however, there can be terrifying consequences.

The touching part about Killua and Nanika’s relationship is that only Killua sees her as harmless and knows how to deal with her unfortunate powers. 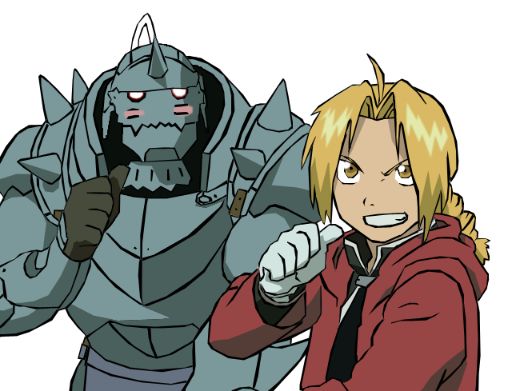 Edward and Alphonse from : Brotherhood is a clear number 1 pick for a anime siblings ranking list.

was all about the bond between these 2 brothers and the sacrifices they made for each other’s well-being.

The ritual was an attempt at resurrecting their deceased mother. It also cost Elric an arm and a leg, literally.

These anime siblings are one of the most iconic archetypes of brothers that are willing to go to any lengths to look out for each other.

And that concludes this list. Hope you liked our picks for the best anime siblings!

17+ Anime Characters Who Are Legitimate TROLLS