Kira Izuru is a lieutenant with some key, but smaller moments in the series. His zanpakuto makes anything it hits weight more and more with each strike.

Generally speaking, Kira’s a calm character and not one to go off the rails or lose his composure.

Here’s his best quotes for fans of this Lieutenant!

“Farewell, warrior of the sky. I pray… you don’t forgive me.” – Kira Izuru

“It increases the weight of whatever it hits, until my opponent can no longer bear the weight and falls to the ground. And then they bow their head as if in apology. That’s why it’s called “Wabisuke.”.- Kira Izuru 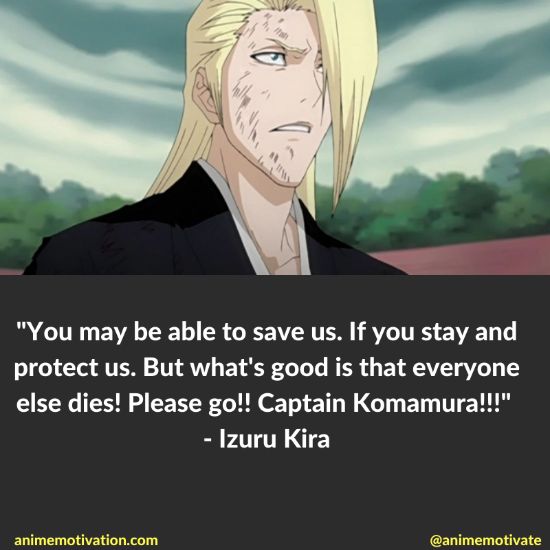 “You may be able to save us. If you stay and protect us. But what’s good is that everyone else dies! Please go!! Captain Komamura!!!”  – Kira Izuru 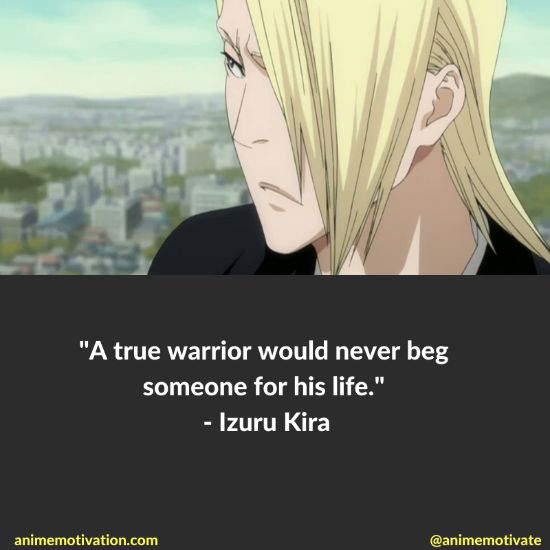 “A true warrior would never beg someone for his life.” – Kira Izuru 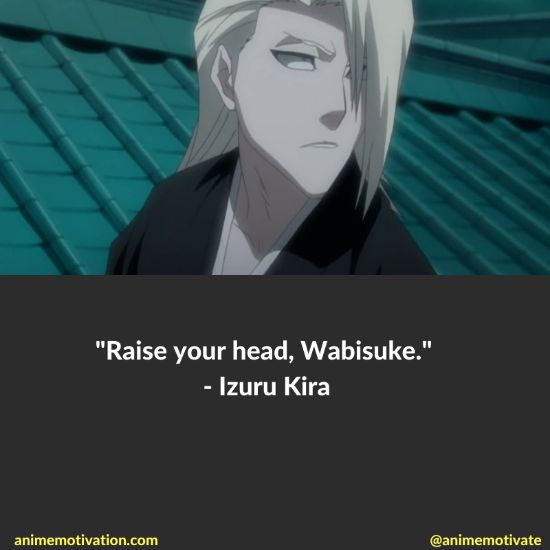 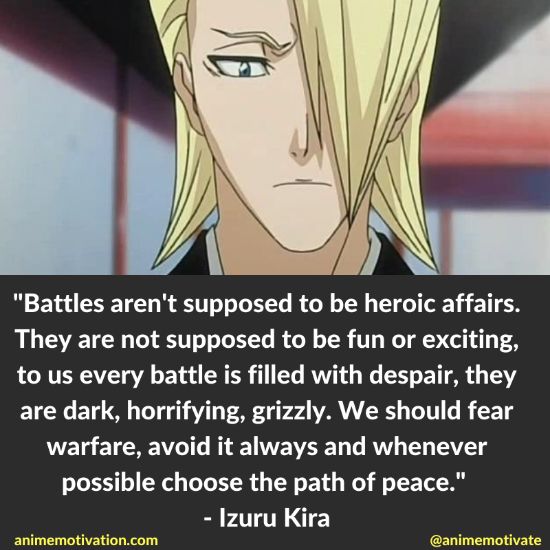 “Battles aren’t supposed to be heroic affairs. They are not supposed to be fun or exciting, to us every battle is filled with despair, they are dark, horrifying, grizzly. We should fear warfare, avoid it always and whenever possible choose the path of peace.” – Kira Izuru 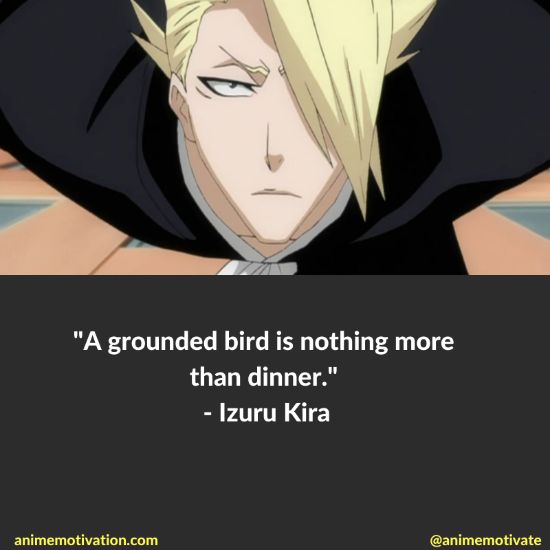 “A grounded bird is nothing more than dinner.” – Kira Izuru 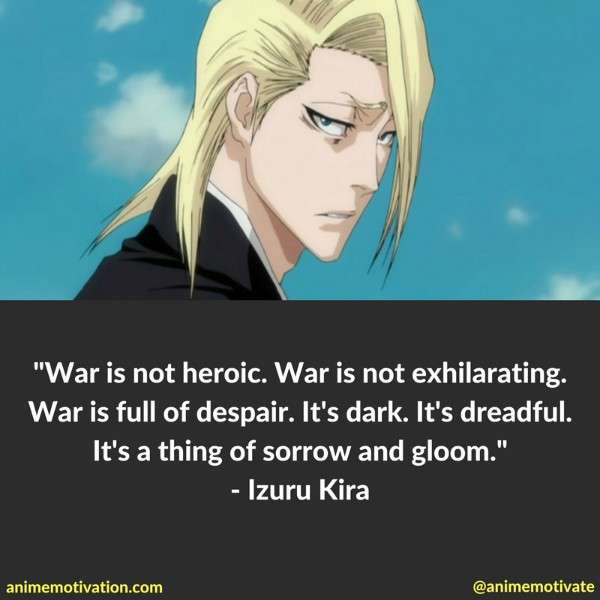 “War is not heroic. War is not exhilarating. War is full of despair. It’s dark. It’s dreadful. It’s a thing of sorrow and gloom.” – Kira Izuru

18+ Of The Greatest Uryu Ishida Quotes For Quincy Fans!

The Best List Of Soi Fon Quotes For Bleach Fans!