With the amount of that’s been created, there’s a good balance of almost everything. Especially femininity.

Same is true for the opposite.

Here’s some relevant characters who come to mind!

1. Saya (The Journey Of Elaina) 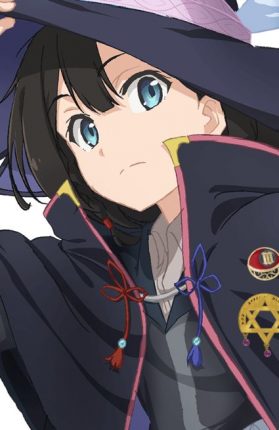 Saya is the character we see in the 2nd or 3rd episode of this … And after that she seemingly disappears.

With dreams and goals to become a qualified witch, she’s committed to do whatever it takes… As proven when she first appears.

She’s one of the youngest characters in this adventure series: The Journey Of Elaina. 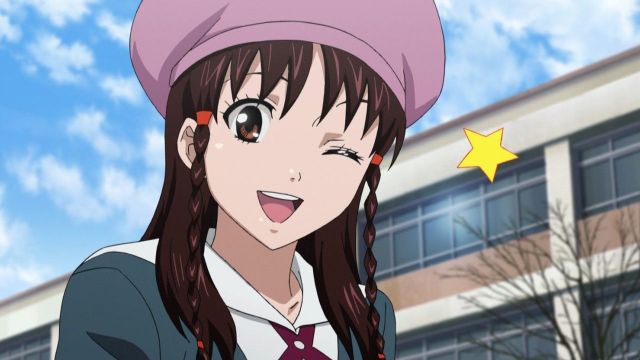 Roman Saotome isn’t just a feminine type of character, but she’s a klutz. A ditzy character. A girl who loves Shoujo .

She’s said at least once in the that she doesn’t mind the cliches of romance . Because that’s part of its charm.

You see Roman sometimes acting out the cliches of characters and she loves, making her a bit of a parody character.

But still underrated and hilarious. 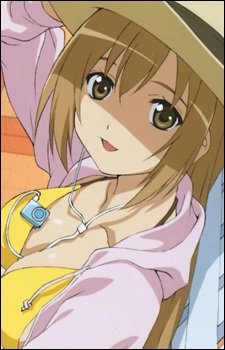 Haruka is the big sister of the trio main characters. The most responsible girl of the MInami-Ke household.

She’s gentle and is easy to be around. Respectful of those around her and that’s a reflection of the self respect she has.

But she has boundaries and won’t have anyone taking the piss without consequences. She’s the inspiration of the other two sisters and they see her as an angel.

It’s one of those where the parents never show up or it’s never mentioned, and the focus is on the teenage characters. 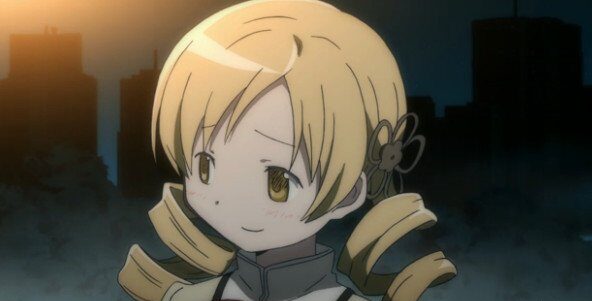 Mami Tomoe is the most classy character from the series. And it shows in how she dresses, and how she carries herself.

It shows even more when she’s in battle as a magical girl, and her fighting style.

Mami’s the type of girl who’s there for others but doesn’t take time to care for herself. The “mentor” type of character who even though soft spoken, will speak her mind directly.

Related: The Biggest Difference Between Anime Girls (And Girls In Real Life)

Konori Mii is a side character in the Railgun universe, and if you ask me – she doesn’t get enough screentime. Just like characters in like Tenten or Temari.

Konori has a useful ability in the , but it’s not utilized enough. And she’s the “senpai” of most main and side characters in the series. 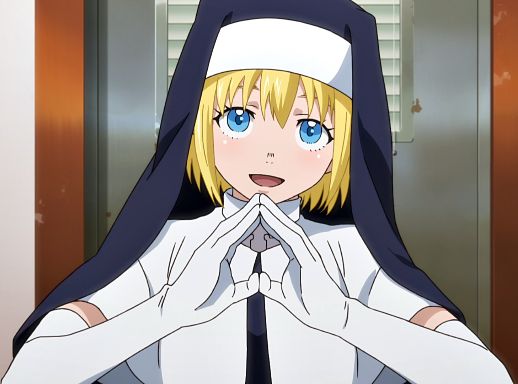 Iris rom  is the sister of the church, and the character we know for her famous line: Latom.

Even though Iris has no real supernatural powers, her role is relevant because of how clever her character is written.

Iris says a prayer during the moments where other characters exorcise infernals, people who used to be human.

They never finish the job or start it without Iris’s involvement, adding a nice touch to the and Iris’s character. 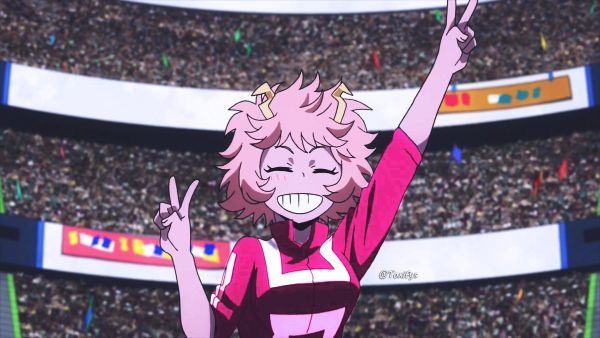 Mina Ashido has a unique appearance because of her ability and quirk in MHA. She’s like an Alien of sorts with a banging body at that.

Whenever Mina’s around you can guarantee it’s gonna be hype, full of energy, and most of all: positive.

She’s one of those characters who keeps everyone’s spirits high and brings people together with her charisma and energy. 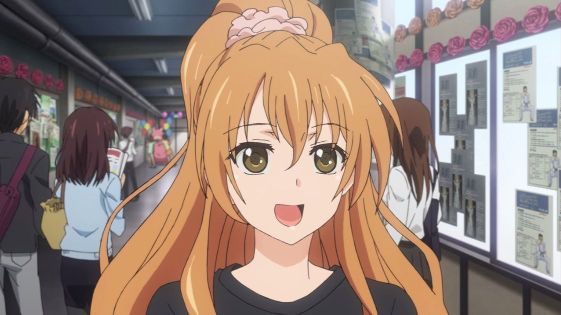 Kaga Koiko has so much confidence in herself, at least on the outside looking in. And she won’t hesitate in doing the things she believes is right.

With the ‘s dramatic first episode you get an insight into her personality.

We see later that Kaga Koko has a softer side to her personality. She’s as feminine as they come, and is different to your average female MC.

Related: A Collection Of Memorable Quotes From “Golden Time” You Won’t EVER Forget 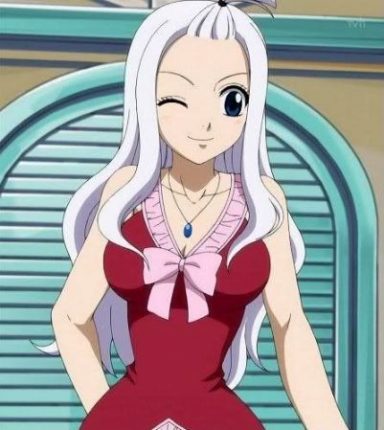 Mirajane Strauss is one of the most feminine relevant characters in the guild. She has elegance to her style and personality.

She’s a lot like Haruka from Minami-Ke, except she has demon blood and is a wizard.

She’s the kind of person who gives you the benefit of the doubt and shows people kindness, until given a reason to do otherwise. 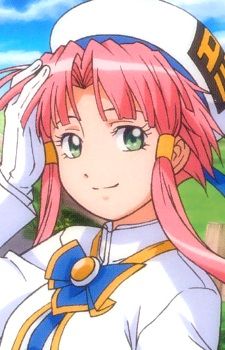 Akari Mizunashi is the main character of Aria The Animation. The slightly airheaded, dreamy type of girl who’s always got her head in the clouds.

This is part of what makes Akari Mizunashi an interesting character.

With a gentle persona and a chilled vibe, she’s the kind of person who’s hard to be angry with.

11. Tsukasa Tsukuyomi (Tonikawa Over The Moon For You) 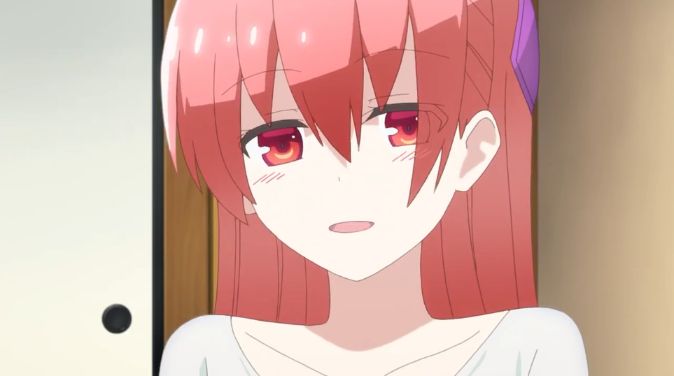 Tsukasa Tsukuyomi is a red headed girl who gets married, almost at first sight after saving the male MC.

Clearly there’s a lot of mystery surrounding her character as she’s more than is normal. But ignoring that, she’s a representation of the qualities you’d want to see in a wife (or waifu).

Watching the and her relationship with Nasa might just give you diabetes for real. It’s wholesome as F.

Relevant: 34 Of The Best Anime Waifu’s You’d Get Down On One Knee For 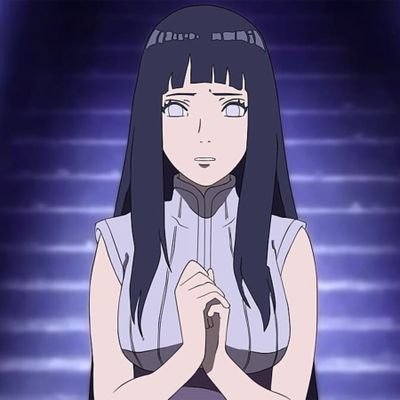 Hinata Hyuga is a natural choice for a list like this. There’s a reason why she’s loved in the community on a whole.

She’s had eyes for from the very beginning, and never waivered on her choice to pursue . And eventually be in a relationship with him if possible.

Hinata may not be a protagonist, at least not before Boruto if that’s the case, but she’s memorable for a reason. 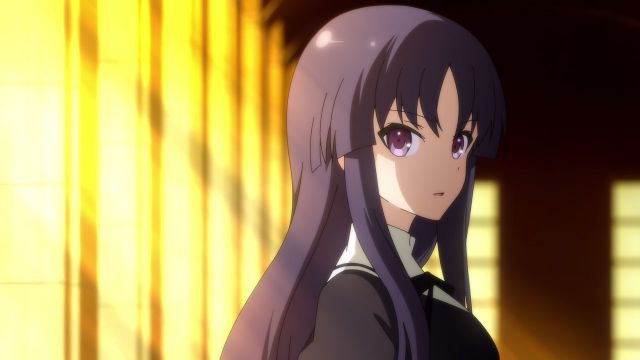 Yuyu Shirai is like a cousin of Akemi. Their designs are so similar and that’s because studio SHAFT is behind both shows.

From a distance, Yuyu is a cold hearted character who won’t give anyone the chance to get too close. She keeps people at arms length and has trust issues.

Like , she does have the right intentions and her heart is in the right place.

Relevant: 22 Anime Danderes Who Will Give You The Silent Treatment Shiemi Moriyama is the girl who loves flowers, and wears a Kimono a lot of the time. She’s the most fragile character in Blue Exorcist, at least based on how she looks and behaves.

Some of Blue Exorcist is filler, but besides that – Shiemi is one of the most feminine girls in the show.

She’s also the girl who famously put Rin Okumura in the “friendzone” without meaning to. 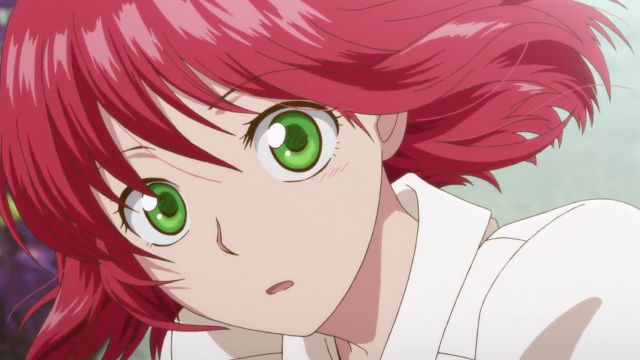 Shirayuki is another red headed character on this list. The short haired girl falls for Zen, a prince, and the romance gets real down the line.

She’s hard working, isn’t afraid of making a effort to get what she wants, and she knows her self worth.

A lot of the time she’s judged because of her red hair as it stands out and makes her abnormal to everyone else. 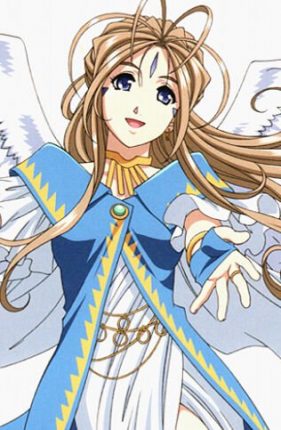 Belldandy, she’s the angelic protagonist of this romance/fantasy series. And is a literal goddess from the heavens.

She has 2 sisters. Urd, who’s the older sister, and Skuld, the younger sister. Both try intefering with Belldandy’s relationship with a man called Keiichi.

Similar in ways to Tonikawa’s romance, Ah My Goddess is some of the sweetest stuff you’ll see within the genre. 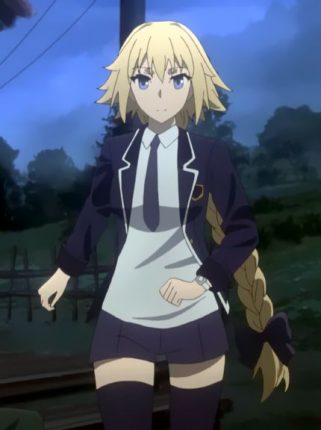 Jeanne D’Arc is the more feminine version of Saber if you’re familiar with the Fate universe.

Jeanne’s character and name is taken from the same person based on French history.

She’s and feared because of it in the , but behind all that armor and strength is a woman who’s caring and just as normal as anyone else. With her own worries and regrets. 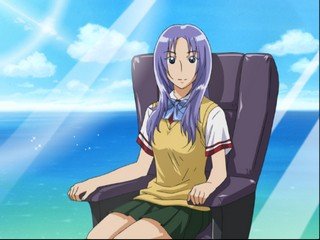 Kanade Jinguji s a character most won’t know about. Best Student Council is an old school series at this point.

She’s the motherly type of character who consoles people, and opens her arms up to anyone in pain or who needs to get things off their chest.

She’s the one character in the series who no one argues or clashes with. She has that vibe about her.

Related: These 36 Purple Haired Anime Girls Are Some Of The Best 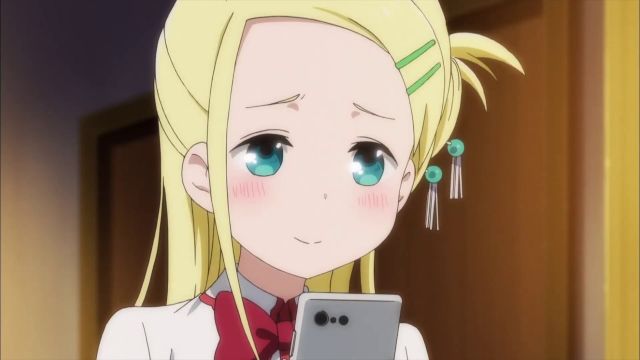 Sotoka Rakita looks like an average blonde girl from Europe. A cliche you see a lot in where most characters are Japanese.

But Sotoka is a WEEB. Almost to an extreme.

She loves Japan and transferred in because she wants to be a ninja. Her character is an obvious play on the stereotypes of some white people who obsess about Japanese culture.

Jokes aside though, she has a relevant role in the series. 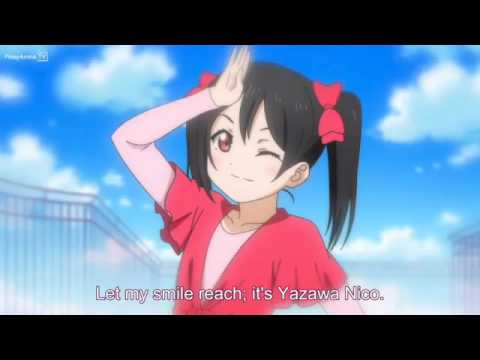 Nico Yazawa is the exaggerated character from Love Live. There’s a good reason why she’s so famous for her “Nico Nico Ni” line.

It’s become a meme and even to this day people remember her because of it.

Aside from being a memorable character, she’s an idol with high standards and is more than her appearance assumes.

21. Echidna The Witch Of Greed (Re:Zero) 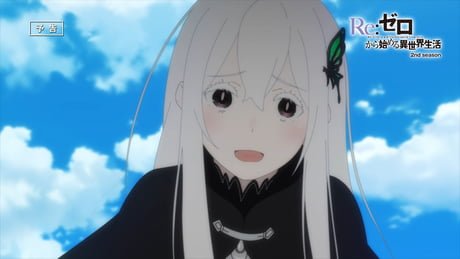 Echidna, the witch of greed might be evil and have a dark side, but she’s the most feminine of all the witches.

She’s also the easiest one to get along with from what we’ve seen so far.

There’s an obvious underbelly to her character though, and there’s more to her than she’s willing to share. It’s that curiosity that makes her a good character. 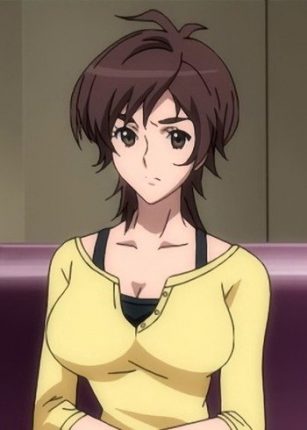 Masane Amaha is the parent of the show, and the female MC as well. Along with her daughter Riko, who’s beyond her age because of how smart she is.

Masane will jump through fire, take a bullet, go to jail and more for the sake of protecting her daughter.

When it comes to her fighting spirit, she’s a lot like Scarlet. 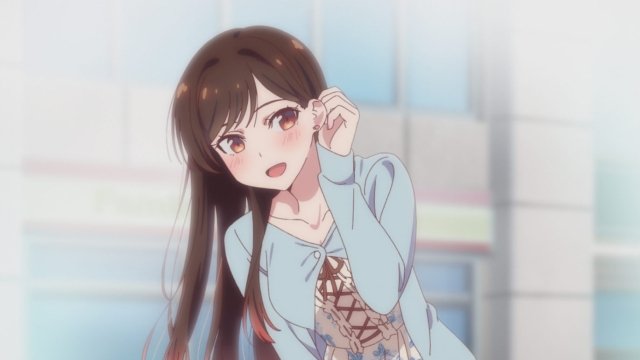 Chizuru Mizuhara is the GREAT female main character from Rent A Girlfriend. One of the best we’ve had in a while.

She makes the series shine and always keeps a professional attitude towards the drama of this series.

If classy was a character, Mizuhara defines it pretty well.

19+ Of The BEST Black Female Anime Characters You Should Know