is an exaggerated “sex face” women make that originates in Japan. With their eyes rolled back and tongue sticking out.

Its become a meme in the community, and for the MOST part – fans don’t take this seriously because it’s not designed to be an issue.

But of course – for obvious reasons (especially these days) this might cause outrage with certain people. Whether they’re fans or not.

And while I wouldn’t be caught DEAD wearing , I have to point out the hypocrisy with conventions banning  .

⚠️Currently updating our cosplay etiquette rules for 2020 and we’re not allowing at our future events because we are an all-age convention. Rules will be uploaded this week as we update our site but we thought we’d get this one out there so you have been informed!

Back in November 2019 – Sunny Expo (in Newcastle, UK) changed their policies.

“because we are an all-age convention”.

More cons have followed the herd since November 2019

POLICY UPDATE: We’ve given our existing rules for cosplay and one tweak: Starting with #COAF2020, we will not permit ‘’ or similar with graphic sexual imagery to be worn on the convention floor.

Beginning w/ #AMKEthe13th, we will be adjusting our Costume & Policy: Graphic sexual imagery—such as and similar designs—is not permitted to be worn on the con floor. We are also providing a clearer diagram to illustrate permitted minimum expectations w/ cosplay.

On January 17th 2020 (a day after)  Milwaukee tweeted out their “changed” policy, mentioning the same thing about sexual imagery relating to .

And of course – why they’re banning it from their conventions.

As we come closer to con we have reexamined some of our policies. We pride ourselves on being a family friendly convention, and because of this we have decided to follow suit of some of our fellow conventions and further clarify our Costume Policy.

On January 18th 2020 –  Detour made a similar Tweet, literally 2 days after 2 different cons changed their policies. And banned attendees from wearing .

They even say “we have decided to follow suit”, so it’s no coincidence.

From a “children’s” point of view, I understand why they’re doing this. And why other cons are following the herd.

If you’re going to an anime con with your kids (8 years old for example) you don’t want them being exposed to .

It might me humor to me and you, but it’s not good for kids to be absorbing that kind of… “content” we’ll say.

But “sexual imagery” applies to cosplay, and the children exposed to it at cons

Keep in mind that this was a cosplay from a major all ages con a few years ago. I don’t like clothes, but I hate hypocrisy more. The stereotype that guys who wear them are neckbeards/incels are why people want them banned, it has nothing to do with kids. pic.twitter.com/X5QYPOd0dK

This doesn’t apply to any of the cons mentioned in this post, but there are cons who are “for all ages” who allow Men and women to dress like this under the guise of “cosplay”.

Cosplay is a high five for your favorite character, expressed through . And that’s the intent.

But as we all know – cosplays that mirror characters with “sexual” are no different to faces on a .

Especially since one is brought to life and shows a lot of skin, while is art slapped onto a piece of .

Is THIS acceptable for conventions of all ages, with children walking around…. JUST because it’s cosplay?

Logic will tell you this is sexual just like , and has an even bigger impact as far as arousal and “eye candy” these cons swear to protect children from.

Detour is an example of a con that makes my point about hypocrisy loud and clear.

There’s more than one argument to this topic. But all I’m saying is – if this is REALLY about protecting children, half-naked and almost naked cosplays should ALSO be banned by conventions. If we’re all for equality.

And not just the cons who’ve already done it, but upcoming cons in 2020 who decide to follow the herd.

And especially cons from 1-3+ years ago who are for all ages, and yet see no issue with cosplays of the “sexual” type. While demonizing as if it’s the devil. 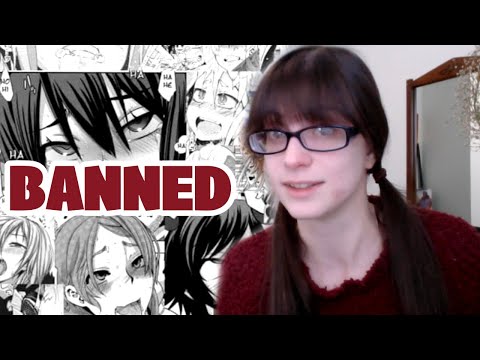 29+ Ahegao Hoodies To Add To Your Anime Wishlist