You know the obvious couples every blog on earth talks about, right?

The whole world shouts about these characters. And I get why.

I love some of the “typical, popular” couples myself. I love them a lot.

But we’ll be doing things differently here today to avoid boring you to death with “me too” content.

So here’s my list of 11 not so obvious couples who deserve some credit! 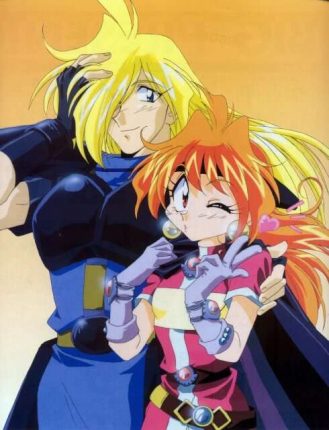 Lina Inverse and Gourry are from the action/fantasy : Slayers.

Its an focused on the young maiden: Lina Inverse and her crazy magical adventures.

Lina and Gourry were the first two characters to pop into my mind when creating this post.

Since this series was created back in 1990’s, you might not know of it. But it’s one of the most popular shows of its time.

And one of the most interesting couples I know of in the world of .

Related: 5 Lina Inverse Quotes That Are Deep And Inspiring. 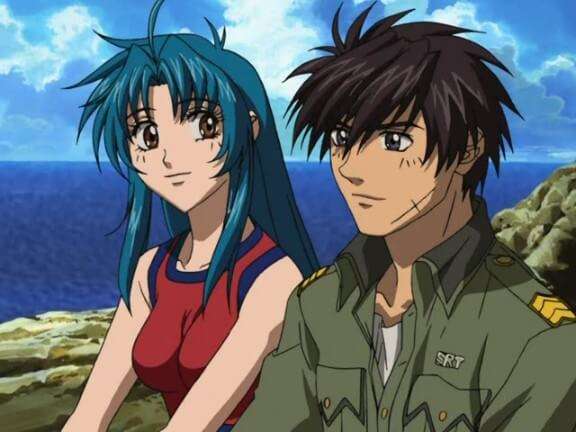 Kaname and Sousuke are featured in the Mecha series: Full Metal Panic!

If Mecha’s aren’t your cup of tea, you’ll change your mind after watching this series. As I did.

These two are perfect together. The funny thing is they seem like complete opposites in how they live and what they’re personalities are like.

But that’s what makes them such a good fit. Because Kaname’s common sense attitude is helpful to Sousuke.

And Sousuke’s talent for combat is useful to Kaname in dangerous situations.

They balance each other out, and that makes their bond special. 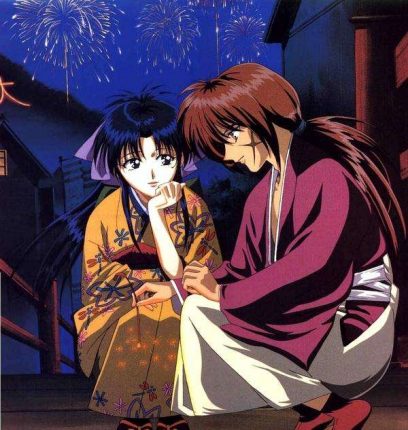 Both characters are taken from the historical series: Rurouni Kenshin.

What I love about Kenshin and Kaoru’s relationship is how chilled it is. When Kaoru isn’t angry at least. 😉

Kenshin is a cool, calm and collected swordsman who fights with a reverse-ended blade. Making it impossible for him to kill his enemies.

And Kaoru is a kind-hearted woman who loves Kendo and even owned her own Dojo.

I love their chemistry. 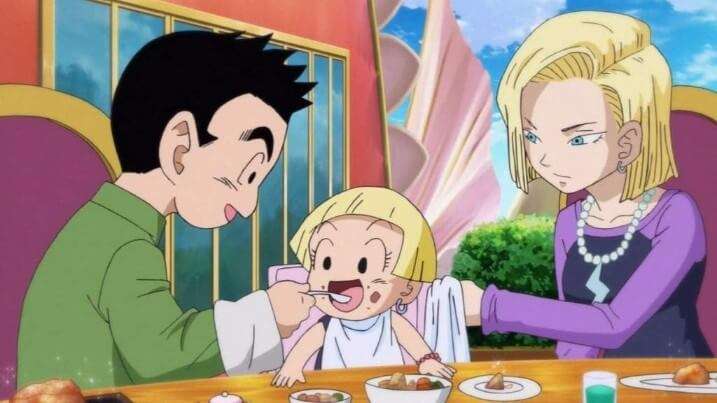 Every fan talks about Bulma and Vegeta, or Goku and Chi Chi.

But what about poor-old Krillin and 18?

Krillin and Android 18’s relationship is one of the most legitimate there are in .

And even though they’re not the strongest characters…

Or even the most talked about couples… They’re a power couple who deserves some credit. 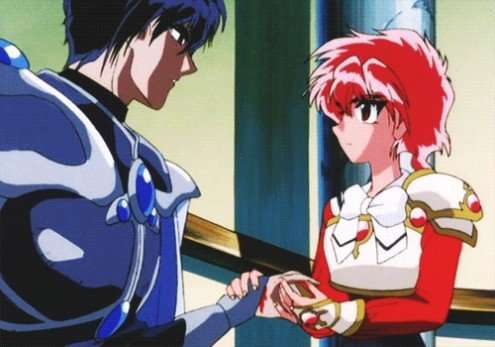 Hikaru Shidou and Lantis, one of the main characters in Magic Knight Rayearth: Season 2.

Hikaru’s relationship with lantis isn’t as developed as others on this list.

But it’s worth mentioning because it’s a real thing.

And more importantly it’s one of those “not so obvious” couple combos few shout about.

I would have loved to see Hikaru and Lantis’s relationship develop into something bigger. 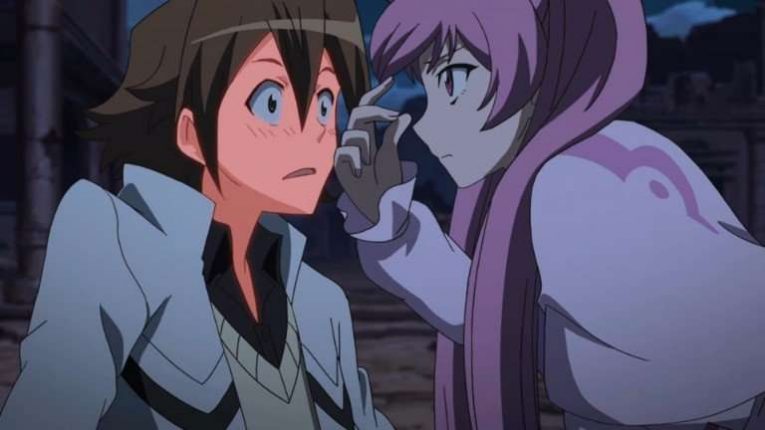 Similar to Hikaru Shidou and lantis, Tatsumi and Mine’s relationship didn’t get much light.

And other reasons I won’t go into to avoid spoilers.

That being said, Mine and Tatsumi’s moments will hit you right in the feels.

And will leave you wanting more from their relationship which had so much potential.

Related: How much do you know about Akame Ga Kill? (Quiz). 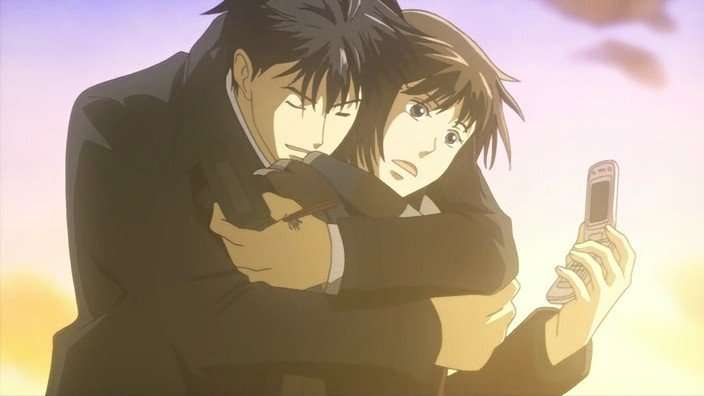 When you first watch Nodame Cantabile… The last thing you’ll be thinking is “wow, what a great couple.”

In fact it’s a little one-sided at first. Mostly because Chiaki is so damn stubborn and reluctant.

But as the series progresses they’re relationship blossoms in a weird, unconventional way.

Chiaki and Nodame, for me, are one of the best not-so-obvious couples.

And the way their relationship develops avoids typical, over-used cliche’s which I LOVE. 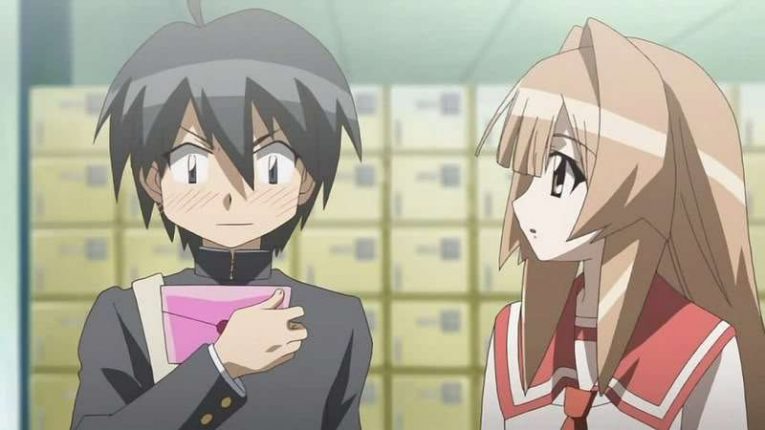 Nagasumi almost drowns one day in the ocean. And is luckily saved by a mermaid known as Sun Seto.

Sun Seto’s a part of the Seto-Gang (Yakuza). Nagasumi’s life (and relationship) takes an unexpected turn from there.

My Bride Is A Mermaid is a favorite of mine.

But beyond that Sun Seto and Nagasumi’s relationship is crazy to watch.

Sometimes heart warming. And other times so relatable and realistic.

It’s “young love” at its finest with enough comedy to make you spit out your drink. 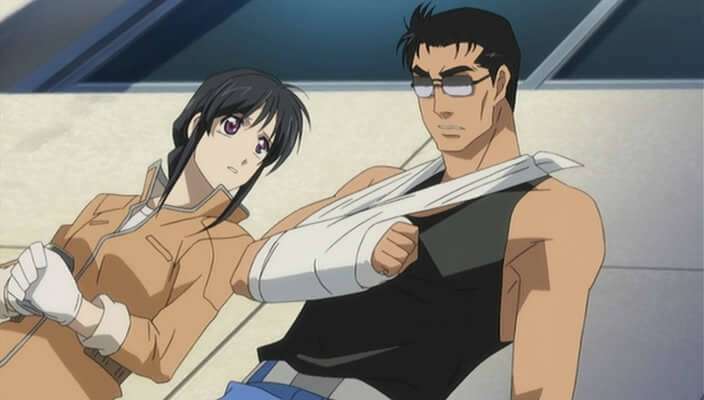 You’re Under Arrest is exactly like that. And I can’t but wonder how it would have turned out in an ideal world.

Miyuki and Ken are police officers who’ve always been interested in each other.

But they’re both either too damn stubborn or too focused on “work” to ever air their confessions.

And they’re bond with each other shows how compatible they are. 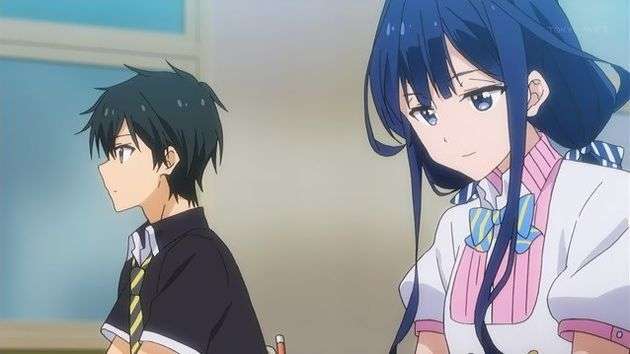 This isn’t a “real” couple in so many words. But whenever there’s a season 2, I can see it happening.

Masamune cares a lot for Aki. And Aki is more than a “little” interested in Masamune.

As proven through so many events that play out within the . 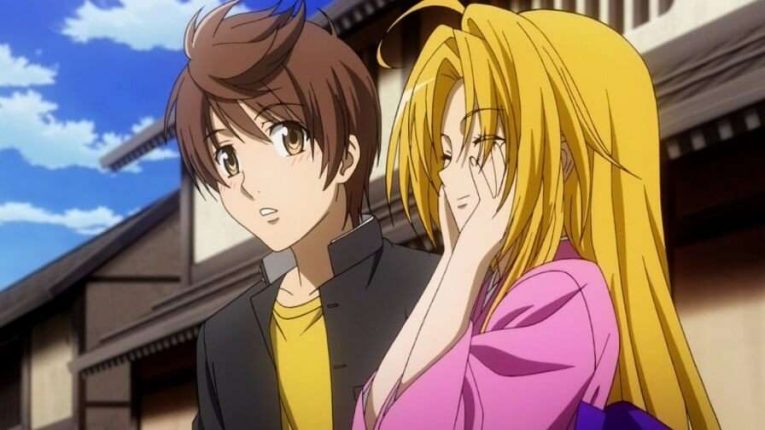 Oda Nobuna is a historical series based off “Nobunaga”. A Japanese man from the 14th century.

You’ll find lots of comedy and hilarious moments in Oda Nobuna. Plus mild romance and violence.

But the moments where Oda and Yoshiharu spend together make this couple worth mentioning.

They’re not as famous as other couples. Despite being great characters overall with a strong bond for each other.

But then again, the itself is underrated as far as I see it.

Related: What Anime Should I Watch? Here Are 17 Recommendations.

What other not-so-obvious couples would you add to this list?

Yuichi and Ayu from Kanon comes to mind!