Itachi Uchiha is an iconic character who reminds me of Gin Ichimaru from Bleach.

Both characters have similar experiences and end up being treated the same way in the end. At least by the majority of people who don’t know the true motive.

That’s part of why Itachi is:

And even a little controversial in the anime community. And especially ‘s fanbase.

What can Itachi Uchiha teach us about life? What are the life lessons from his story? 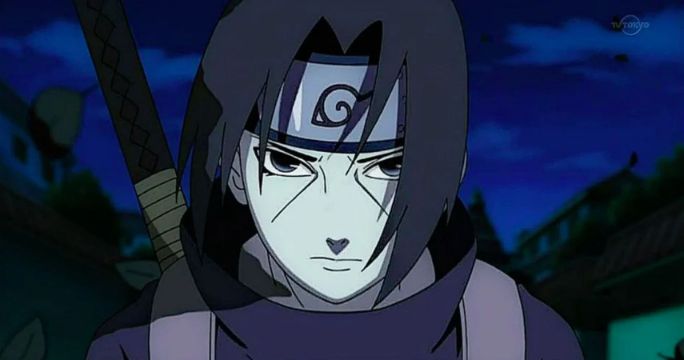 Salvation is being saved from something. From trouble, from harm, from loss, and so on.

Doing the right thing and playing by the rules doesn’t mean you’ll succeed or live happily ever after.

Itachi had 2 choices to make:

No matter what choice Itachi made death was at his front door. And there was no escaping it.

Whether it’s his own death (and the clan) by ignoring Konoha’s orders, or the death of his clan AND his family.

Death was the only way he could negotiate with life.

Loss was guaranteed, and that heavy burden weighed down his spirit after the fact. 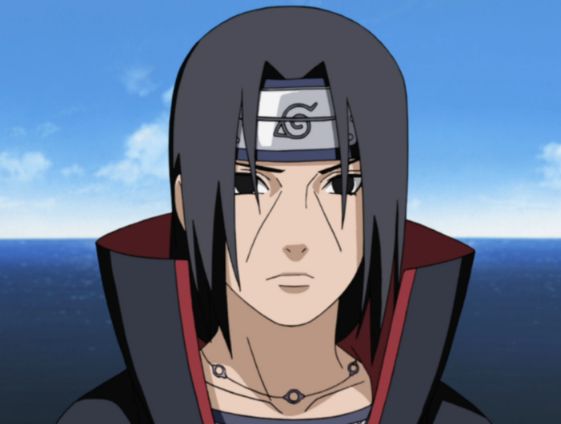 Even before the fact, Itachi was down in the dumps. His responsibility along with his morals and ethics made him more cold hearted as time went on.

His emotions, sense of self, happiness, all these things were thrown out the window.

Konoha (the leaf village) didn’t care. To them Itachi was collateral damage. And simply no more than a Shinobi who should follow his so called duty.

That duty cost Itachi everything, and he lost more than he gained despite doing the so called “right” thing. 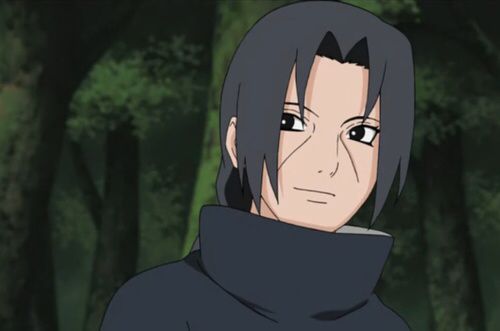 Itachi Uchiha is just like Sasuke in their early days. They’re family after all, and for the most part – hardships weren’t to the extreme for their family.

Itachi started out as a good person. A positive person.

And a peace-loving attitude towards people. He was the kind of person you’d NEVER believe could do something like slaughter his whole Uchiha clan.

In fact – this positive attitude of Itachi is the reason why he ran to Konoha in the first place and told them about the shady business the Uchiha clan was up to. 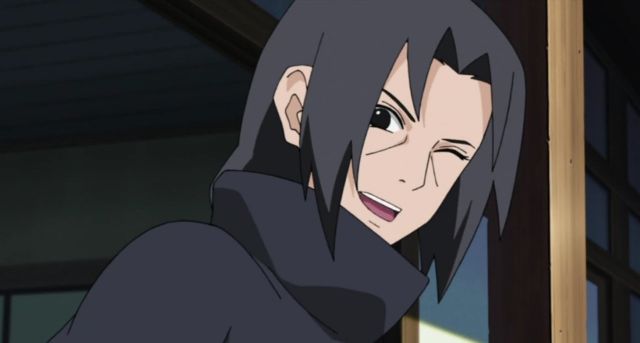 They were planning a coup d’état (overthrow Konoha village and take control).

Itachi being the loyal and upstanding guy he is, he couldn’t allow that to happen.

But as we see, this decision (and other circumstances) is what pushed Itachi into the darkness.

From that point he was no longer the good guy, or a “good” person. Especially in the eyes of Shinobi society.

He was dealt an unfair hand and it destroyed him from the inside out.

3. How one person’s actions can affect so many others 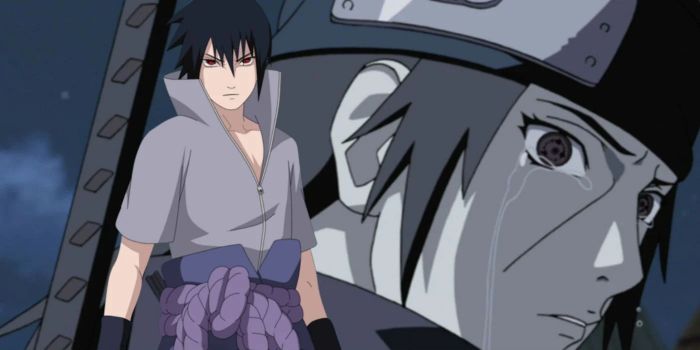 Itachi became a victim of the Uchiha clan’s decisions and plans to overthrow Konoha and take control.

Their selfish plans put their whole clan in jeopardy. Even if that jeopardy came about because of Itachi’s loyalty.

Itachi’s actions then created a ripple in Sasuke’s life, and even ‘s.

It shows you how one small action can create a ripple of good or bad, depending on what that action is. 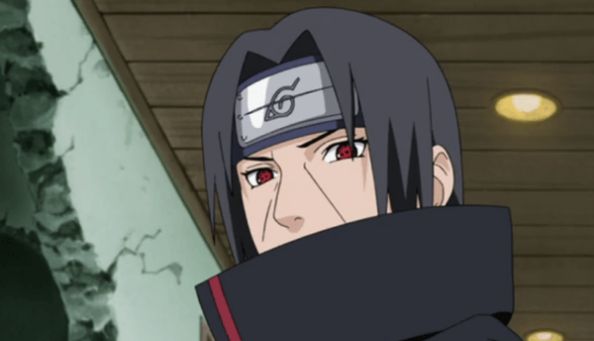 This (and the lessons in this post) apply to life as well.

You might not think it, but the more dramatic your decision is the more it can change the lives of others around you.

Family, friends, even strangers. For better or for worse depending on what it is you choose to do.

Lining up in supermarket ques happened because of people’s selfishness and buying up all the goods, leaving everyone else empty handed.

4. How a person is on the outside is just a reflection

To the average person Itachi is “just” a cold-hearted lunatic with no heart or soul.

In reality though these traits and characteristics reflect his experiences, feelings and personal struggles. 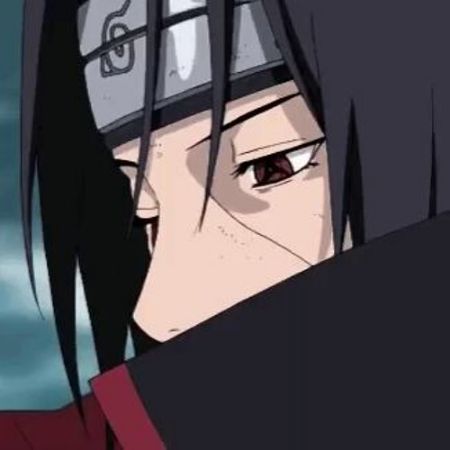 He’s cold because his life’s been destroyed.

He’s empty because of the heavy price he was forced to pay.

He’s evil because of the drastic actions he took.

He’s emotionless because after what he was forced to do, he lost everything. And had to throw away his morals in the process.

What you see on the outside is just a reflection.

5. To some people, you’re just a pawn on the chess board

Itachi was a pawn for Konoha after reporting the news to them about Uchiha.

Danzou (and whoever else) didn’t give a F.

Sarutobi is the only one who tried “working it out” to come to a positive conclusion. 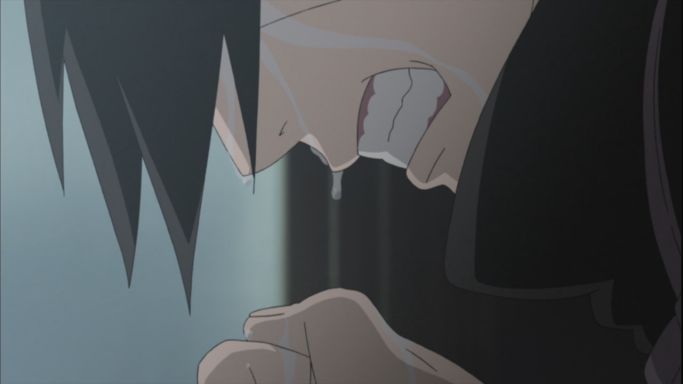 To Konoha, Itachi was collateral damage. They didn’t care about his feelings or the repercussions of his actions if he went through with it. And how it would effect him personally.

Konoha can just sweep it under the rug and act like it never happened.

They can stay quiet about it, tell no one, and portray themselves to be more positive than they actually have been.

Itachi’s the only one who had to suffer in the end, and because it was swept under the rug, Itachi was still treated like the enemy by most Shinobi in Konoha.

It makes sense why but even still.

He lost everything all for the sake of loyalty and righteousness.

6. Sometimes you have to play the bad guy

When you’re portrayed as the bad guy no one wants to listen. They don’t care about what you have to say.

They don’t wanna try to understand you, empathize with you, or even try to work things out with you.

When you’re the bad guy you’re the devil. And people refuse to see any other side of you other than the side they don’t like.

That’s all there is to it.

That’s the reason why Itachi never shared anything with anyone.

No one would listen anyway. The convenient assumption of Itachi being a cold-hearted prick with no heart and no soul? That’s all that mattered.

Was he? Sure, but even still.

Believing that is easier than going beyond to find out what’s under the surface.

That’s why so few people know of Itachi’s story. So few would have cared anyway.

Itachi is the bad guy and that identity is more comfortable than going beyond the surface and learning about who he really is.

But that’s the consequence of playing the bad guy, even if you have no choice in the matter.

Itachi is a complex character, and I’ll write more about him since there’s so much to think about.

While in this case I’m writing from his point of view and everything relating to it, there’s an outside view I’ll talk about another time in depth.

5 Naruto Uzumaki Lessons About How To Handle Life’s Difficulties