Redo Of Healer is the “trashy” anime of the season, I won’t lie. Every year needs an anime like it.

Most of the life lessons stem from it.

Let’s talk about the relevant life lessons Redo Of Healer can teach you, when looked at from a bigger picture.

1. True revenge is born out of pain and hatred

As the anime starts off, you’re filled into the story. And how Keyaru was basically abused and manipulated against his will.

Like many people, Keyaru was just a normal guy. Striving to be a hero and help out his village.

His intentions were pure.

All that was taken away from him because of the selfish kingdom, and the greed and savagery they take part in behind the scenes.

Keyaru’s unique ability to heal was used for evil, and he was r*ped, tortured, abused, and even drugged.

Forced to be a slave and driven out of his mind.

This unimaginable pain is what gives birth to a new Keyaru. A man who’s purity has been stripped away.

The lengths Keyaru goes to get his revenge, including r*pe (giving his oppressors the same medicine) seems extreme. And too immoral for fans to bear.

But what would you do in that situation? That’s the real question.

Revenge regardless of what level of pain you’re put through, is a natural reaction to have.

Only the person seeking revenge can justify their actions, because they’re the one’s who can relate. Even if it’s “wrong”.

Related: These 17+ Anime Characters Have Some Of The Saddest Pasts 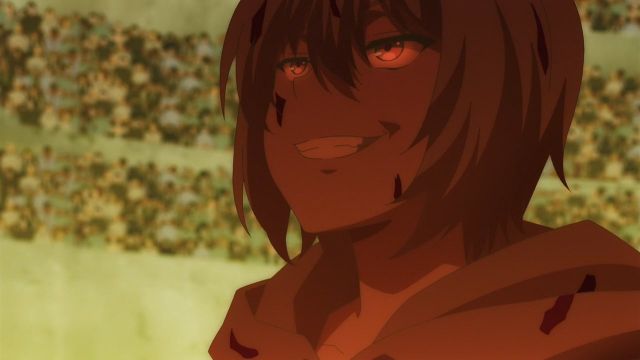 Keyaru is dead set on revenge, and I can relate to his thirst to have it. He did nothing to ask for it, which only amplifies his hatred and desire.

But as Keyaru comes to learn as the anime makes progress, there’s a heavy price to pay for vengeance.

I should say “a potential price” since there’s always that chance it won’t go as smooth as you’d like it.

In Keyaru’s case, a woman named Anna who raised him like her only child, is violated by savages in the kingdom.

In fact, Keyaru’s entire village is targeted because of Keyaru’s actions in seeking justice through vengeance.

It comes at a cost. And that cost is the lives of the villagers he cares about, especially Anna.

And no matter what he does, there’s no bringing them back to life. That’s a choice he has to live with in the name of vengeance.

Revenge creates more revenge, as unfair as it is, and it never ends.

3. If someone can take advantage of you, they will 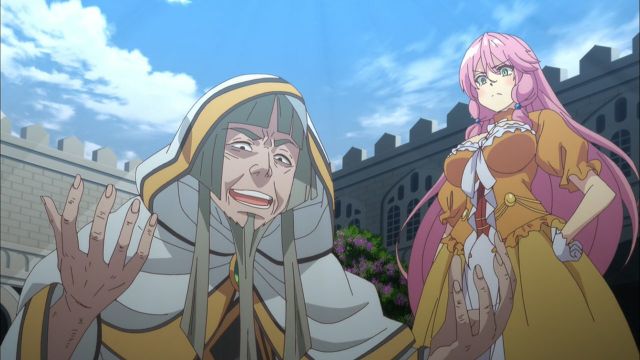 Flare appears to be this so called princess of the kingdom, who everyone looks up to and praises.

Everyone thinks she’s a goddess, a woman who can do no wrong and has the best intentions for her people.

We learn this is a false image. A lie. A sham. Nothing but a front that allows her to get away with the most barbaric things imaginable.

Same is true for her comrades and allies.

They all take advantage of Keyaru’s ability to heal, and treat him like livestock because they can get away with it.

Life is the same way.

If someone can take advantage of you, they will. And they’ll do it without any empathy or concern.

Managers in jobs cutting an employee’s pay because they don’t like them… To client’s paying months late on purpose.

If you let it happen, even people who seem kind will change overnight.

4. People only apologize when they’re defenseless 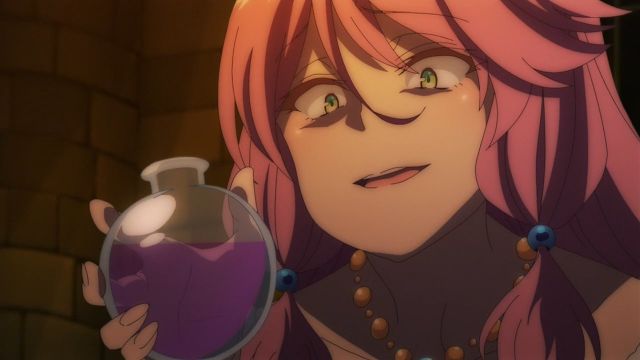 Flare didn’t give a sh*t about Keyaru. She’d throw a liquid drug onto the floor, and make Keyaru lick it off the floor. Or her feet.

She made Keyaru so dependent on drugs against his own will, and it was all for her own sick twisted pleasure.

Once the situation changes though, and Keyaru finds a way to get revenge, Flare is defenseless.

It’s this moment that Flare exposes who she truly is. A scum bag.

She apologizes and begs for forgiveness, despite never having the same compassion when she was allowed to get away with her evil. 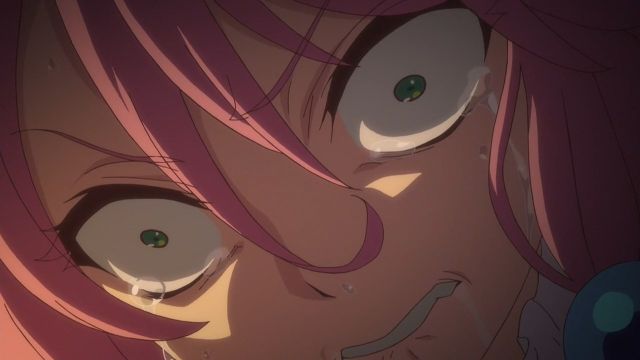 Bullies in real life are the same way.

They’ll only apologize when they fear they have something to lose, and when they can no longer defend themselves.

That’s the moment you’ll see how fast a person can change and be two faced, even though they never gave a sh*t when they had it their way.

Read: 28 Of The Greatest Pink Haired Anime Girls With The Best Personalities

5. When you’re filled with hatred, morals have no meaning

This logic applies to everyone in the anime, or at least most.

Morals and ethics mean nothing when your heart is filled with HATE.

Take Keyaru as an example.

He has every right to hate the people who traumatized him. And that’s why murder, killing, and savagery is justified when he confronts his oppressors.

That’s all you need for morals and standards to not matter anymore.

Same is true for his oppressors. They hate something enough to treat Keyaru like sh*t, even though he’s done them no harm.

That alone justifies their psychotic mindset. And so morals have no say in the conversation.

You see the same with trolls online, racists, and the list goes on.

6. Sometimes what you believe in, is a lie in disguise

Krylet, one of the few pure hearted characters in Redo Of Healer is an example of this.

She’s a proud warrior, a swordswoman like no other. And one of the most swordsman there is.

Krylet stands on principles she’ll never break, has morals, is ethical in her actions, and pursues the greater good.

She’s the type of woman who leads by example and won’t tolerate any less from anyone.

Imagine her shock when she realizes the same kingdom she serves is corrupt, demonic, and is involved in slavery.

Krylet, as would any person, finds it too hard to believe. She’s in disbelief and holds onto her beliefs regardless.

That is until she’s shown the light and the dark secrets are revealed in plain sight.

Life is the same that way. And that’s why you have to keep an OPEN MIND.

You never know what’s true or whether there’s an agenda behind it, unless you go a little deeper below the surface.

What did Redo Of Healer teach you?

Redo Of Healer Merchandise Shop with Amazon
We earn a commission from Amazon & other affiliates if you make a purchase at no additional cost to you.

12 Of The Most Sadistic Anime Characters Ever Created