Fake fans are more common in 2020 than they’ve ever been. And like other industries – there’s a flood of them because of the motive behind these groups of people.

There’s a reason for that which I’ll get into, but first I wanna mention something else.

That “something” is this:

This is NOT what a fake fan is: 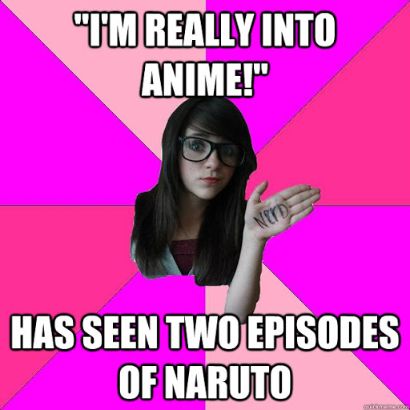 THIS is what I mean. It’s false, and has no bearing on real vs fake fans.

Only an elitist would say something like this to make themselves seem “superior” or official. As if it’s some type of award or examination.

But with that said:

There’s a more accurate way to tell if someone is a fake fan or not.

How To Spot Fake Fans:

“A person or an organization making profit using unhonorable practices from a culture they do not care for.” – Urban Dictionary

Culture vultures wanna profit off an industry they don’t care about. Even if it means exploitation, taking advantage of people, ruining the culture or spreading lies to do it.

They’re only in it for themselves at the end of the day. And they’re the “worst” types of fake fans. 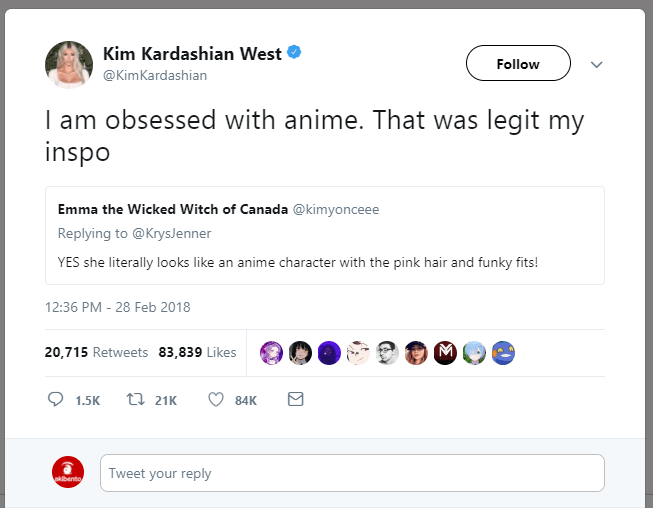 “I am obsessed with . That was legit my inspo.”

This was during the year Darling In The Franxx made headlines (it aired January 2018).

So this post by Kim K at the time was unsurprising seeing as:

From a marketing perspective it was smart, but still insincere.

Tons of non- websites who don’t give a F about started talking about it as if they cared.

The amount of clickbait propaganda was out of control.

Titles like this coming from generic sites who aren’t “for” culture.

No major anime sites covered it for good reason.

If you say you’re “obsessed” with *insert subject* but can’t even list off 5 basic things about said subject, you aren’t obsessed with that subject. Just because you saw an pic on your trip to Japan doesn’t make you an “ fan.”

Going back to what makes a fake fan, there’s this tweet that goes on to say:

“If you say you’re “obsessed” with *insert subject* but can’t even list off 5 basic things about said subject, you aren’t obsessed with that subject. Just because you saw an pic on your trip to Japan doesn’t make you an “ fan.”

The keyword here is OBSESSED.

“an idea or thought that continually preoccupies or intrudes on a person’s mind.”

To be truly obsessed with something – it’s gotta be a hobby at the bare minimum.

Or else you won’t be “obsessed” to look into everything surrounding a topic. And you won’t care enough to know everything about the subject as much as possible.

It’s not a word you can throw around lightly and expect to be taken seriously.

Kim Kardashian is NOT obsessed with

And this goes for any culture vulture posing as a “real” fan.

Actions speak louder than words, and other than myself:

And anyone else of that nature can consider themselves obsessed. Because it’s what we do.

I have no issue with Kim K, but culture vultures aren’t real fans by definition and need to be called out.

2. So called fans who “outrage” about little things

#WednesdayWisdom the people who whine and complain about the littlest things that nobody cares about in an , video game, comic, movie, etc are not real fans. These are know as Culture Vultures and they should be told to f*ck off. Especially the ones in @ResetEraNT

“the people who whine and complain about the littlest things that nobody cares about in an , video game, comic, movie, etc are not real fans. These are know as Culture Vultures and they should be told to f*ck off.”

This in a nutshell is what fake fans look like.

They’re always seen outraging and making a fuss about nothing.

Or in the most hypocritical cases – they outrage ONLY towards a certain gender.

This happened with The Rising Of The Shield Hero.

The image tagged in this Tweet is the site: Feminist.

They refused to do a full review because they’re toxic feminists who only support one gender, and belittle the other.

Naofumi’s false rape accusation in the (which reflects a reality that happens to Men) was too much for them to swallow.

My Hero Academia’s recent outrage is another example. It was covered on Motivation.

After a certain character in the was revealed to share a name related to WW2 and Japan’s history, Chinese and Korean fans lost their marbles.

This is understandable on the surface because Japan’s war crimes run deep, so it’s an emotional subject.

Sjws are at it again with , this time they’re saying it’s a fascist because Bakugo shares the same birthday as Hitler. Do these brainlets even realize many people share the same birthdays? Does that make them fascists? (1/2)

These “extras” on Twitter are REALLY the ones who took it to the next level.

Their goal is to find controversy and then insert themselves into the controversy, while posing as a genuine fan of that culture.

Or in other words: culture vultures. 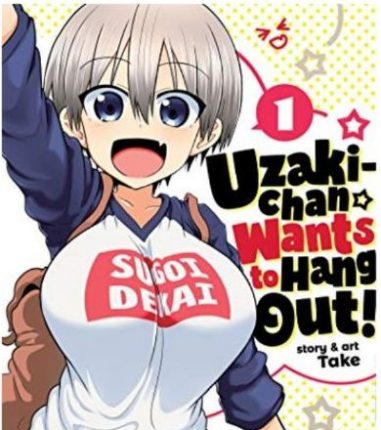 The same thing happened with Uzaki Chan. All the vultures came out of their caves.

Japan and The Red Cross ran a marketing campaign to drive BLOOD donations. It’s something they’re known for doing and have been at it for years.

But of course – Uzaki Chan (from a no less) was “too busty” for SJW’S.

Imagine complaining about the design of a character when it helps people DONATE BLOOD AND SAVE LIVES!

The best thing was after the “controversy” with Uzaki-chan, they decided to take her down and as a result, donations decreased. So they brought her back with a vengeance and basically told everyone to f*ck off. Also, she’s getting her own show now, so yay.

As pointed out by this Tweet – they pandered to feminists and put lives at risk.

But after seeing them for what they are – Japan “brought back” Uzaki Chan and put their middle fingers up.

And now Uzaki Chan is getting an anime adaptation to top it off.

And that’s how you spot fake fans 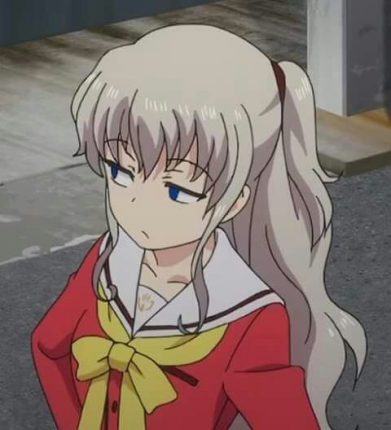 A fake fan is someone who uses when it’s convenient, but isn’t really part or has interest in the culture.

They’re a unique group of people (and it’s the same for other industries like Video ).