Heavenly Controller is a black anime YouTuber with over 800K subscribers on YouTube.

To some people, he’s considered “the face of the black anime community”. A statement I don’t agree with personally.

Until the controversy and drama, I never knew of him or his platform. This is typical of outrage on Twitter, or outrage on general.

Heavenly’s being accused on Twitter (no surprise) of s*xual assault and has many allegations coming at him from various people. 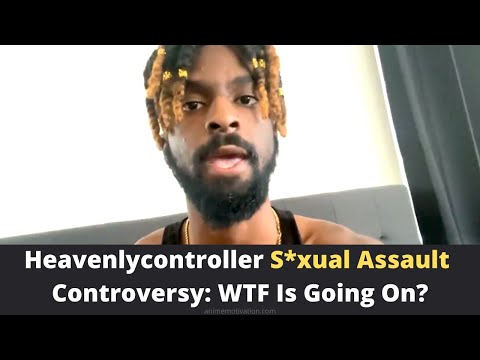 Pulled from a number of Tweets, messages, conversations and screenshots, all the relevant pieces are laid out here.

Everyday this controversy has been evolving for almost 1 week at this point, or longer.

Are The Alleged Accusations Against Heavenly Controller Legit? 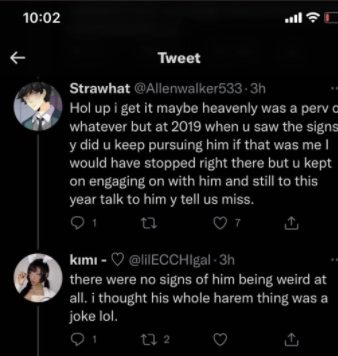 As pointed out in these screenshots, the accusations hold LESS weight than originally thought.

As with outrage, it’s easy to get caught up in the emotions and drama of what’s happening, and have those irrational thoughts sway your judgment.

The reality is, as the MAIN girl this drama involves pointed out, is it was all mutual.

A lot of context is and was missing, but few bothered to even get the full context and lay it out like carpet to get a full picture of the situation.

Taking sides in serious situations like this is always dangerous when LOGIC and facts aren’t even part of the conversations.

The truth behind the Heavenly Controller situation 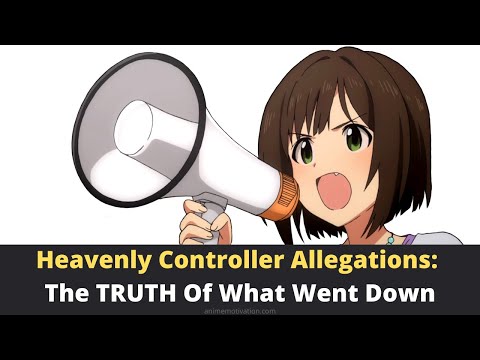 Turns out that there’s more to it, with documented evidence as far as:

The girl in question has a boyfriend she’s on and off with, but decided to meet and chill with Heavenly Controller.

She even admitted to being flirty in spite of not “taking it all the way” (paraphrasing). Or in other words – giving mixed signals and playing .

Of course, this doesn’t mean Heavenly Controller is innocent. Absolutely not. But the point is there’s accountability on both ends.

Both should be held accountable for the rights and wrongs, instead of falling victim to bias and believing the accusations PEOPLE are making up to virtue signal.

Not to mention people standing on the moral soapbox to look good on Twitter while taking things out of context.

Until more evidence (besides the videos full breakdown) comes out, everything is up in the air.

One more thing: everyone saying “the black community is over with” because of this situation is a f*cking idiot and needs to stop exaggerating.

The black anime community is doing fine, and always was. Let’s not pretend this is the norm when it’s really a minority situation.

We’ve got brains, lets use it. Especially the logical part of it.

The History Of Anime Reaction YouTuber: Suzy Lu, And The Controversy (Start To Finish)