“Everyone” is a LOT of people. It’s not literal. But that should be obvious.

This post has been on the back of my mind for ages now. But more so in the last few months and it’s time someone talked about it.

I won’t call myself a journalist by title, but it’s a title “other” people have given me for news I’ve published.

Especially the type of news most sites avoid because of political correctness.

I’m a man of principles and the truth, regardless of how I feel or how it makes other people feel.

So in that sense: “journalism” has always been right up my alley.

That’s what journalism is supposed to be (without bias or agendas).

But “anime journalism” in 2020 is a running joke 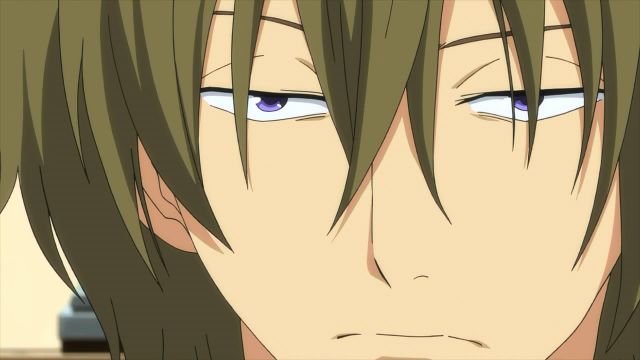 The type of journalism we have in the community is disingenuous and insincere.

It’s more about getting clicks, views, attention by any means necessary, and claiming content as your own when it’s stolen from elsewhere.

It doesn’t matter whether we’re talking about:

Or any other form of “media” online. Because a portion of these groups are only in it for themselves, the agendas, and don’t care about the collective.

Even though we’re all promoting the same thing.

1. Avoid referring to the “news source” at all costs 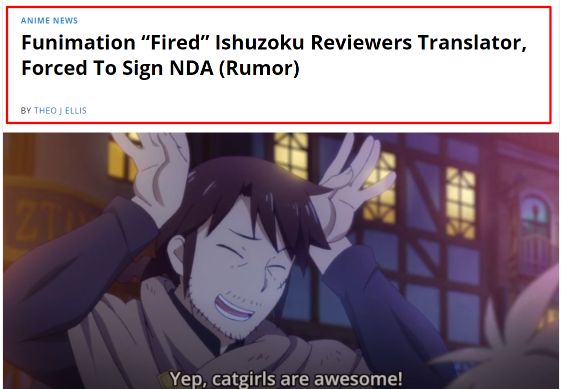 Over 4-5 days ago I published this news piece:

I broke the news on and the rumor (from their forums) about a translator being fired. And being forced to sign an NDA to avoid legal troubles.

Knowing this wouldn’t be surprising if true, but that’s besides the point.

@Kneon @RealClownfishTV This rabbit hole keeps on goin further and further looks like IF THIS INFO IS CORRECT REALLY wants to sweep Interspecies Reviewers under the rug.https://t.co/PoMZfHBso1 https://t.co/7aw07OXWj9

Well, @FUNimation… Got an explanation? What else have you tried (or have) swept under the rug?https://t.co/cNdoUdRMLo

As we can clearly see from the dates – the article was doing the rounds on social media.

And 10000’s of views have passed through the site for that article. 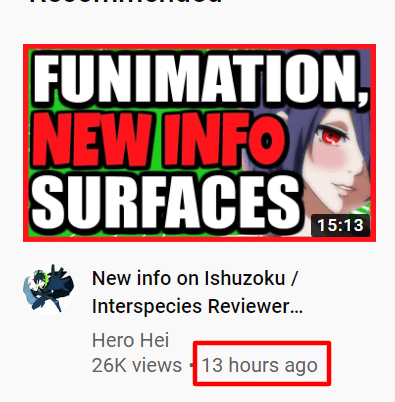 While I don’t have a personal problem with these YouTubers, one trend I can’t respect is creating content and passing it off as original.

Especially when in this case there’s NO link to the original news source that spoke about this on the internet.

And there’s not a single mention in the video either. 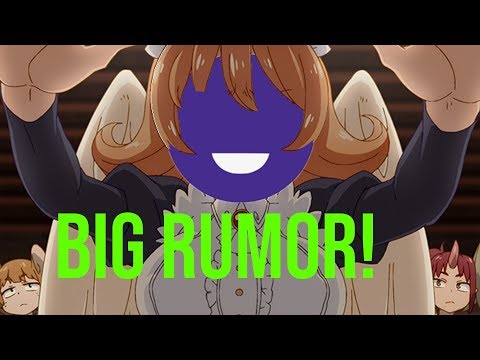 In the case of this YouTube channel – I can respect the “mention” in the video (from Feb 3rd) and the fact he read the news directly from Anime Motivation.

Comic Geek Some is the channel (I appreciate the shout out).

Even ANN gets it right, of all sites

And yet a shocking amount of YouTube channels NEVER link to the original source. Almost as if they wanna keep “everything” to themselves.

Or they’re afraid of people “clicking the link” and never coming back.

I notice a trend of “smaller” channels linking back more often, and LARGER or moderate channels never bothering to link back. Or even mention where their “original news” was sourced from.

Even CBR – a site known for its SJW-nonsense links or mentions the original source.

I can only wonder why this is so common, and why no one wants to talk about it.

2. Push agendas instead of reporting facts

As the headline shows:

This is the TYPICAL style of so-called journalism you see in media today. Not just in the industry.

CBR is one media outlet that swims in the waters of propaganda, to push a narrative in the community. And other topics they report news on.

In the article above – the facts are twisted, bent, and manipulated to push a narrative.

Even the comments section is locked to avoid backlash or anyone “speaking against” it.

Censorship at its finest. 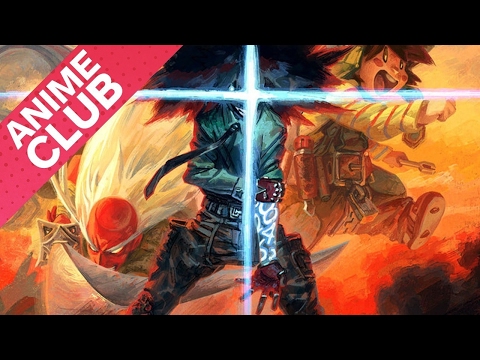 And in this video by IGN – it’s pushing an agenda based on US SJW logic and pandering.

“The entire video is about warping your perception about accepting diversity in .”

Feminist is no better either.

While the site has good intentions, there’s a lot of BS and pandering going on to fit a certain narrative.

In their review of Shield Hero, they say:

“We will not be reviewing The Rising of the Shield Hero premiere here at Feminist.”

They then go on to say:

“I watched the episode, and it was worse than I had imagined. I have never seen a series with such a deeply held, misanthropic victim mentality.

I contemplated how to approach the review.

I thought about pretending to review it from an incel point-of-view, but that felt a little too close to the truth.

I thought about writing with vitriol and rage, but that honestly felt pointless.

Our readers know why a series hinging on a false rape accusation and slavery apologism is wrong; going into hysterics over it would only bring greater attention to it and give our detractors vindictive glee.”

What this translates to in plain English:

“Shield Hero touches on a TRUTH about false accusations against Men today, and because I’m a feminist – it’s not something I’m comfortable admitting to.”

You should let @OneAngryGamerHD and others know about this because this is the type of behavior that needs to be called for . They’re job is to talk about not spreading propaganda it’s just like feminist who refuse to review Sheild hero properly 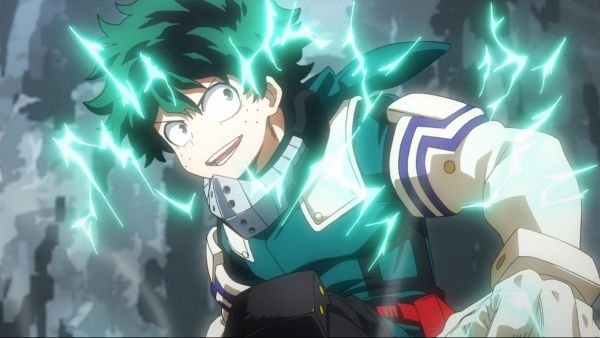 At the end of the day – we’re all trying to do one thing: promote .

The promotion of is what we have in common.

And every other bit of BS doesn’t make any sense when it’s a collective effort to promote anime.

Me saying that and calling people out on their BS won’t change it though.

But collectively it’s necessary to call sh*t out when it happens. ME included.

None of this should be happening at the level it does, but… that’s the reality.

This is “modern” journalism in the community.

Principles don’t matter, and only a few relevant influencers, big or small, have any standards left to their name. If at all.