Did you know that there’s different anime for Chinese people? Unlike the counterpart Japanese anime, the Chinese anime is shorter in length than Japanese.

Chinese anime can be fun to watch like Japanese anime, despite fans watching more Japanese.

If you want to watch a different kind of anime with a twist, you should watch these shows listed.

The animation and art style can differ, but there’s something to be said about it as far as quality. 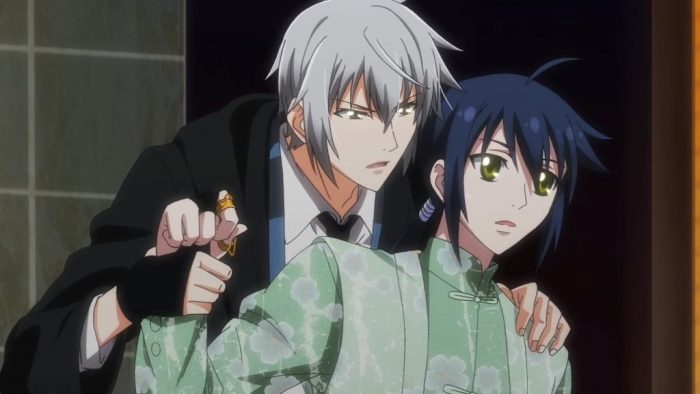 Keika You was struggling with life when he got into an accident. Prior to his accident, he was able to meet Tanmoku who is the head of his exorcist family.

Tanmoku and Keika make a pact together where Keika becomes his spirit shadow to Tanmoku.

When this anime first aired, many viewers thought that SpiritPact is a BL (Boys’ Love) anime with many hints within the first season.

This Chinese anime is also put into Japanese anime. If you like horror and exorcism, SpiritPact is one of the anime that you should watch.

Besides that, it has awesome animation and the series only has two seasons which you can watch right away.

The series is not suitable for young kids as it could be violent and horrific.

A young girl is in love with her high school sweetheart and buys a hairpin. She doesn’t know that it allows her to be the girl that her sweetheart loves.

It’s a sweet and cliche anime and you can tell once you see the opening song that it has a good animation style.

The anime series seems like it is intended for girls or even young women adults.

The series is short as it only has 9 episodes. It’s good to watch if you want to find a new anime to watch that isn’t Japanese or something.

A demonic cultivation man dies and is brought back to life after years of being dead as he was being summoned into a man that he once hated.

The animation could be a bit confusing as it is different from other anime while you watch the series and even the storyline.

That said, the anime gets interesting after watching the first episode.

The anime is based off a novel, so it could get confusing if you haven’t read the novel beforehand. 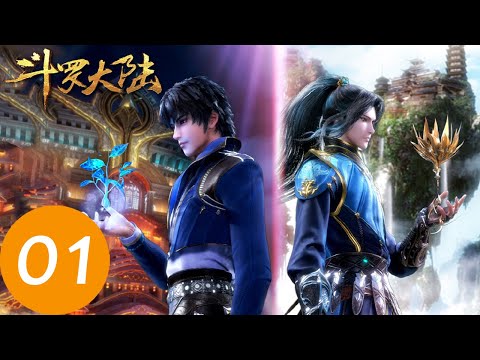 Tang was once popular in a martial art class until he obtained the forbidden lore.

He wanted to end his life but instead, he got reincarnated but has no memories from the past and only the memories of the present and being a Spirit Master.

If you’re into 3D animation, this anime would be good to look into and if you like fantasy.

The storyline is good but there is some lack of the storyline once you get into it like the characters. Otherwise it is something different and something to watch if you’re looking for an anime to see. 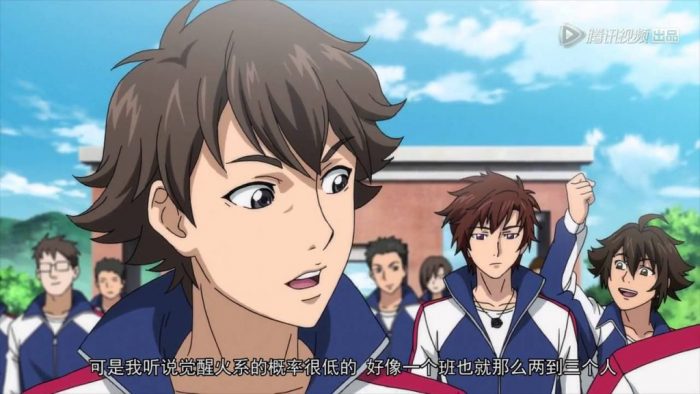 A young man has more than one magic element as his family struggles. The animation is quite good, even the opening and ending songs of the series are good to listen to.

The anime series has no English subtitles making it difficult for anime fans to watch the series as there would be a season 5 coming this 2021.

It’s scifi and fantasy as the characters use magic elements and it is quite sad that this anime is underrated.

It’s a good series if you like paranormal and mystery, it could get a bit confusing but it is a detective story where you have to figure out what’s going on.

This series however is like you want to ask the question: “what if…” when you’re watching.

This anime isn’t for young kids as it could get violent and it is paranormal, but if you want to watch something different, I think this series may be the one.

There aren’t that many anime series dealing with the paranormal and this anime deals with ghosts and hauntings in particular.

Relevant: 25+ Of The Greatest Mystery Anime Series Worth Their Salt 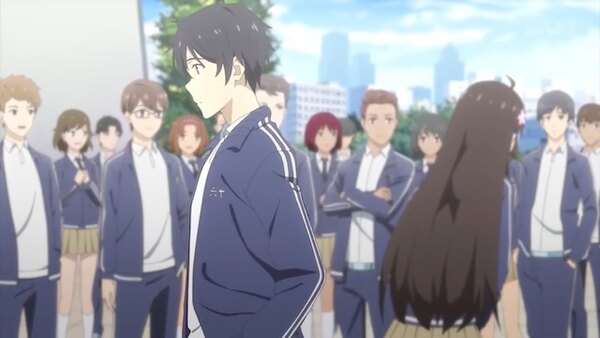 It’s about a genius who has prowess that he may not even understand but he enters senior high school to try to have a normal life.

If you like anime that are slice of life and education based, this may be the anime that you want to check out.

The anime is brand new and the graphics are awesome if you like the newer graphics in new anime.

It’s a fun anime to watch and hilarious where one would not be bored after one episode.

The plot is good and not too cliche where any anime fan would be able to watch it, even if it’s Chinese. 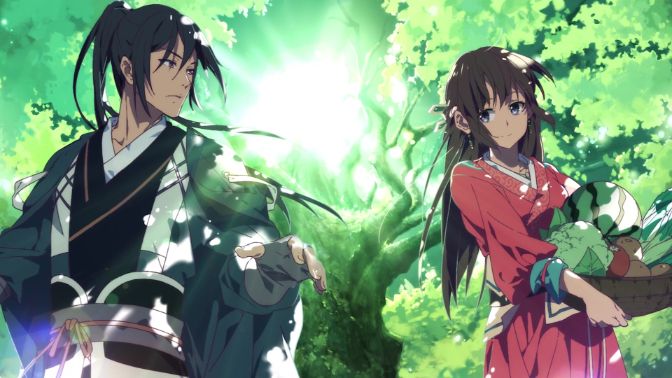 A young girl is a modern celebrity chef, but one day, she travels back in time after her food goes wrong.

There’s a twist when she travels back in time besides being in an arranged marriage to the governor.

Another anime with beautiful graphics where the food looks good to eat even though you know you can’t eat it. 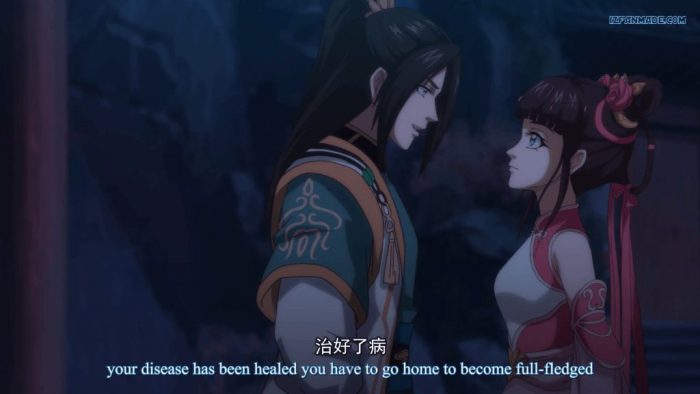 Demons and Gods holding a scroll where you can control whatever. The graphics of this anime are beautiful but you can really tell the difference between the Chinese and Japanese animation within the anime.

The story of the series is somewhat slow and isn’t action packed right away so you have to wait until later episodes for it.

If you like fantasy anime, this anime may be for you and it’s even a short series where you can binge it. 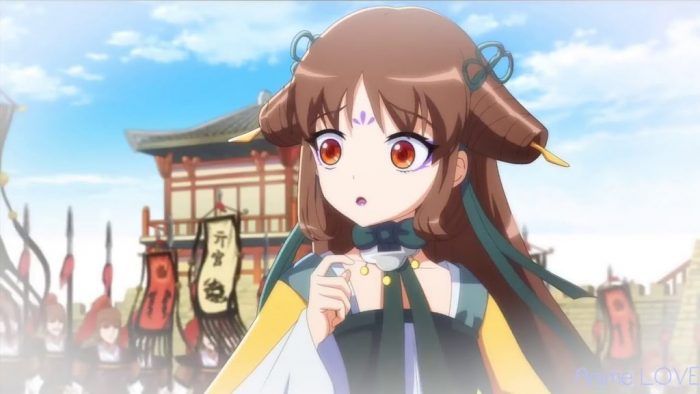 The anime is about a girl who goes to a VR reality game where she is sent to medieval China and uses beauty products for the family.

She meets a male friend where they begin to fall in love with each other. If you like romance fantasy stories, this anime you should check out.

The anime has beautiful graphics and has an awesome opening song to listen to. It’s easy to understand what’s going on within the series and it is based off of a novel.

The storyline is good and different from many other anime series. 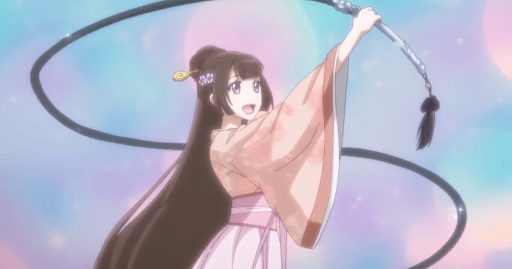 A young sister has an arranged marriage but due to the hatred against the two families, she doesn’t feel safe.

The father decided to let his older daughter be the one to have the marriage and not the youngest sister.

The older daughter has unusual powers and the husband treats her coldly. If you like romance with a twist, this anime has beautiful graphics and the series is somewhat new.

The series is aimed at young girls and women and has some violence within the series.

12. Wo De Tian Jie Nv You: My Cultivator Girlfriend 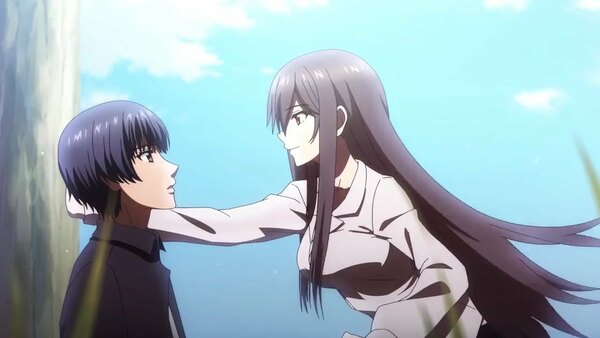 A young man saves a girl who has some sort of powers and starts to practice them himself. The series has beautiful art and the music is awesome to listen to.

It might be a bit horrific for young kids and so it should be watched by teens and above. Unless you can take it.

The plot is somewhat good but it could have been better despite being enjoyable. The series is a bit sad and there’s some hint of romance as well. 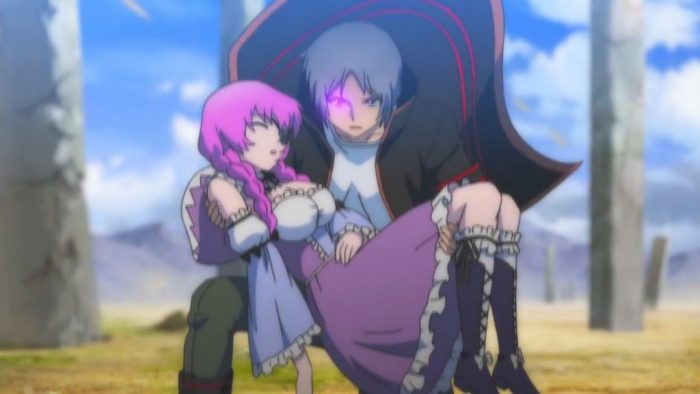 Suigin goes to a wealthy school where he has to work hard to pay for his tuition to be able to attend. There he meets a popular girl who introduces him to online gaming called Grave Buster.

The girl gets kidnapped and is brought within the virtual game where Suigin has to save her.

It’s a good series that had potential but it never got finished in the end.

If you’re into anime and gaming, this is an anime that will interest you. Not only that, it was a Chinese manga that got turned into a Japanese anime. 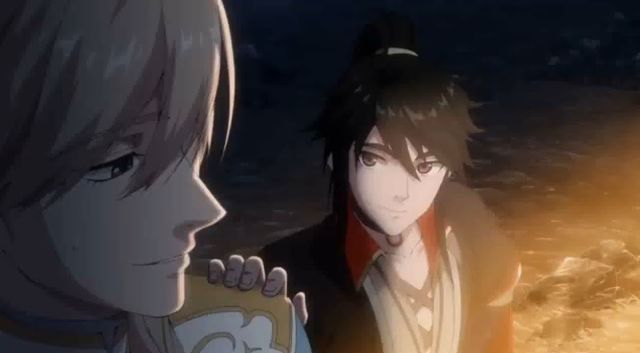 A young master battles against his father but they find out what’s going on with the traversals.

The anime uses 3D animation where some anime fans may not like it but they do switch it to 2D throughout the storyline. While not in 3D, the graphics are awesome and new for 2D as the anime series is still brand new.

The series is mostly comedy. It can get confusing while watching because you think it’s the modern era and then suddenly it switches to something else. 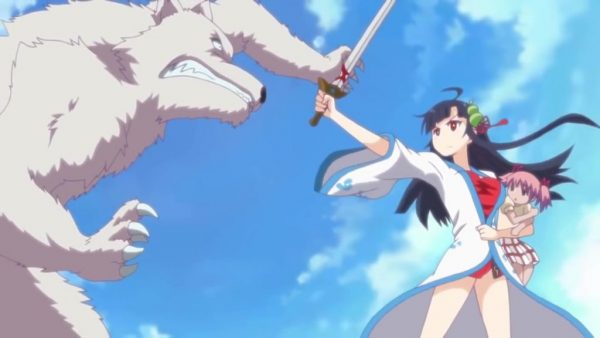 Humans and monsters are living together in the modern world and the censorate fights the ones that attack others.

It’s a good concept and the graphics are beautiful to watch. If you like monsters and fantasy, this is one that you should look into.

The anime is quite hysterical but it is a fun anime to watch and quite .

Not many people know about this anime series.

You can really see the difference between Japanese and Chinese anime if you choose a particular one.

Besides the animation and graphics, if you watched enough Chinese anime, you can probably see the storyline that there’s a difference.

Either way, watching anime is a fun way to experience learning Japanese or Chinese language. The anime doesn’t have to be long as well, it could be a short series to watch for your enjoyment.