, or I should say whoever’s handling their Twitter got a lot of backlash earlier today.

The term “ deleted” is even trending on Twitter because of it.

The Tweet says: “I Became a Dark-Skinned Gal, so I Tried to Bang My Best Friend.”

It’s not hard to see why it was an issue with Twitter, given the wording.

The internet never dies, and so screenshots live on.

As clearly seen, the article was up on the website as well.

With the same title, word for word pretty much.

Nobody in the comment section seemed to have reacted in the way Twitter did. For whatever that’s worth.

The article changed about an hour or so ago here in the UK.

That’s likely how they came up with the translation. I’m curious as to whether this is the normal way of translating titles.

Here’s what I get when I translate the title in Google. 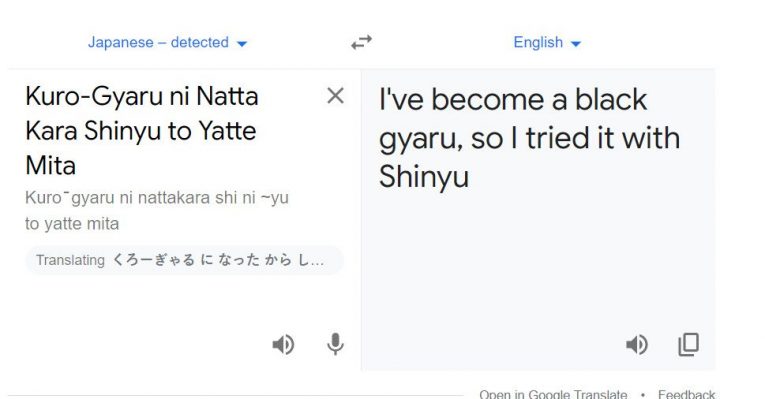 “I’ve become a black gyaru, so I tried it with Shinyu.”

The Google translate is even worse. Neither one is accurate in a literal sense I’m sure.

How the person behind ‘s Twitter translated it is anyone’s guess. But either it came out differently, or they spun the translation into the dark skinned tweet we saw.

“We apologize for the insensitive translation in our article and the negative connotations that created. We have changed our article to exclusively use the Japanese title, and are making changes to our operations to prevent circumstances like this from happening again.”

It was a silent one because they haven’t announced it publicly.

They updated the article and threw in an editor’s note. There’s no official “tweet” that addresses the same thing on Twitter itself.

So it’s under the rug by definition.

It does make me curious why typical anime news sites are so silent about this event. Especially ANN.

But then, as I’ve covered many times before, anything similar is ignored by mainstream anime sites or anime YouTubers.