The dub vs sub argument is well documented. Both here on Motivation and the internet in general.

It’s to the point where the most elitist will make the effort to put down “dub” watchers.

Not here to talk about that, but it is relevant to what I’m talking about now.

As someone who watches mostly subbed, there are DUBBED anime that destroy the subbed version.

Or at least are better to a noticeable degree.

Let’s get the most obvious one out of the way first. Dragon Ball, , .

It’s not just my first , but an that actually has a stellar list of dubbed voice actors.

The subbed version of DB is awful, with Goku’s voice being the worst of the bunch.

You can’t mess with the quality the dub brings to Dragon Ball though. 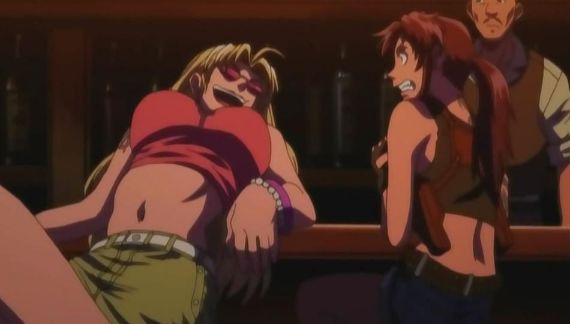 Is it awful? No. But the characters are diverse (from different countries). This makes the dubbed version solid.

Dutch is African American. Revy is Chinese American. Some characters are Russian, and so on.

The voice actors play a good enough role that it all fits and sounds on point as well. Especially with the F bombs and language in general. Michiko To Hatchin is another with a SOLID dub. The sub isn’t bad at all, it’s just the dub is good as well.

Michiko Malandro’s voice does her justice, especially given her rough around the edges persona. And background.

Hatchin’s voice is that of a kid, and fits well. Satoshi Batista is another one along with Atsuko Jackson and the list goes on.

Related: 16+ Of The BEST Black Female Anime Characters You Should Know 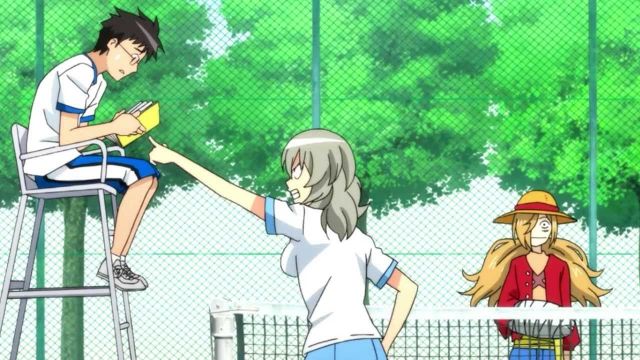 Good Luck Girl has better punchlines when dubbed compared to subbed. It hits better, and the jokes are funnier.

You can see this clearly when comparing both shows.

Again, it’s not that the subbed version is terrible. It’s just the dubbed version hits more notes and sounds better.

The wouldn’t be half as funny without the dubbed version. 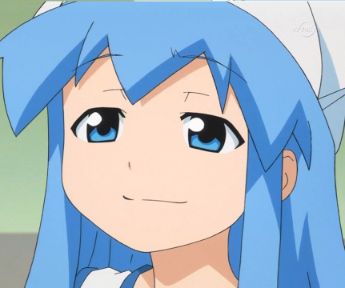 Squid Girl is another series that makes use of clever dialogue, made possible in the dubbed version.

It’s about Squid Girl, a girl from the sea with the intent to conquer mankind.

It rolls of the tongue a lot better with the ’s constant jokes, twist on words, and word play in general.

Squid Girl in particular is the one who shines more than any other in the dubbed version.

Related: 16+ Funny Anime Shows That Will Cheer You Up On A Bad Day

Gamers is about Otaku’s and “casual” gamers. Mixed in with misunderstandings and romance of course.

A lot of the comedy relates to inside jokes only gamers or Otaku’s will understand. But can still be funny regardless.

When comparing the dub to the sub, you can see how much better the word play is. And how the impact compares.

It’s just one of those that’s able to do better because of the changes made in the dub (voices are good as well). 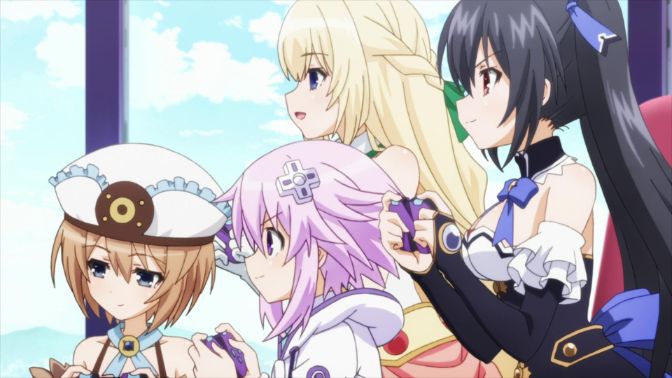 Hyperdimension Neptunia is a comedy series, so it’s not surprising to see why the dubbed version is good.

It tends to be the case.

In this of CPU’S, Neptune is the funniest of the bunch. And is usually the center of the jokes somehow.

It’s the kind of that makes sense if you understand the context, like Gamers.

That aside, the dub gels well and doesn’t feel out of place. 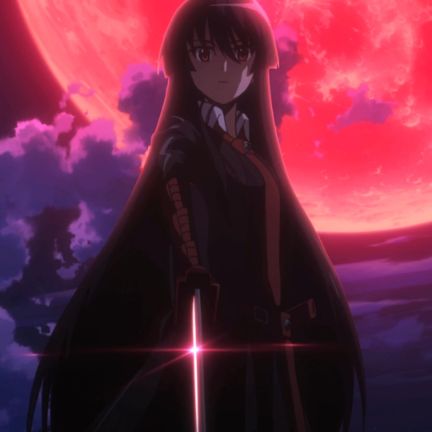 isn’t focused on comedy. It’s an action/Shonen series and one of the most violent and brutal.

That said, when it does make use of comedy, the dubbed version wins every time. Line for line, word for word.

None of the voice actors, especially the MAIN and relevant characters don’t sound bad at all. And fit their characters unique roles and identities.

Only makes the action and what’s happening better as well.

Relevant: These Are The BEST Anime Shows With The Least Plot Armor 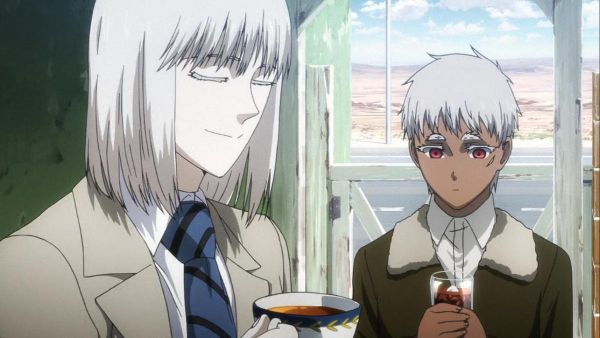 Jormungand is about arms dealers, and the main character who travels the world as a millionaire with bodyguards.

It’s a dirty business, but a realistic and true to life type of story.

Similar to Black Lagoon or even , the voice actors and the dialogue squeezed out of the characters is better in the dub.

It’s a vibe the subbed version just can’t match for me. 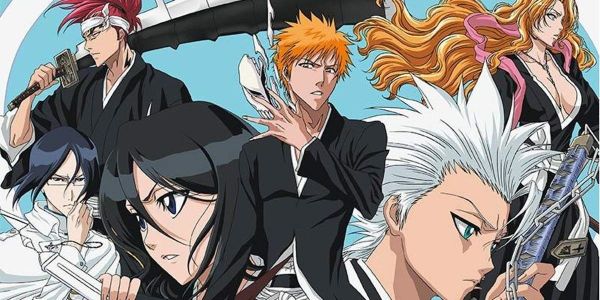 Bleach has a LOT of characters, so there’s a lot o variety to the voices. Not all of them are stellar (dub or sub).

Ichigo is one, and an easy one to notice. Same VA as Lelouch in Code Geass.

Rukia is another, one of my favorite VA’S for dubbed.

Skipping the line to characters like Baraggan, Espada #2, his voice to me fits the best of anyone.

Overall the Bleach dub is the most balanced of the two, and has better dialogue. 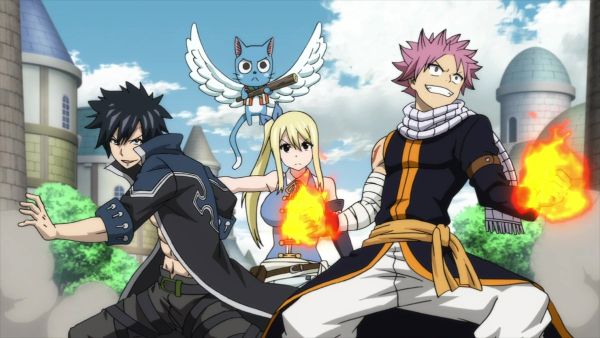 is a Shonen with a dub as good as . And that’s rare to me. Almost all the characters sound good.

In the guild, , , and the usual suspects all have great voice actors and they do their job well.

It just doesn’t hit or feel the same when comparing to the subbed version of FT. Especially for the comedy and certain lines.

They did a killer job and it’s one of my favorite choices for dubbed .

12. The Disastrous Life Of Saiki K 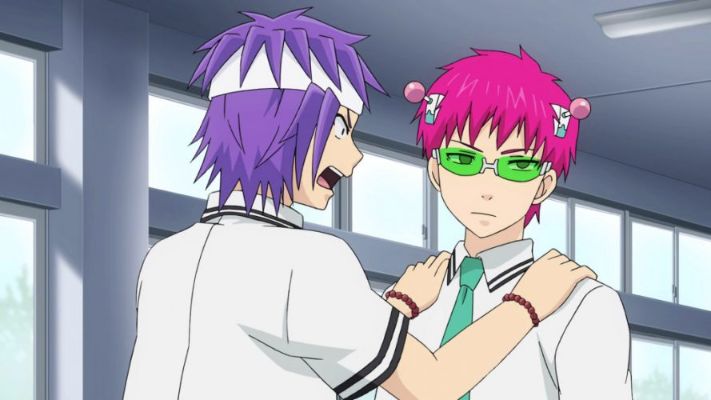 Saiki K is another comedy, but also slice of life and supernatural.

Kusuo Saiki is a psychic who’s introverted and minds his own business. Strong enough to shape reality itself.

With the comedy and parodies in this , the subbed equivalent just didn’t stick the same way the dubbed version did. 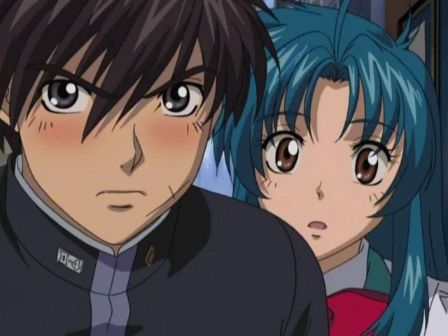 Full Metal Panic is an underrated classic from the 2000’s. With its latest airing a few years ago. 2018 maybe.

It’s about Sousuke Sagara, and the anti-terrorist group Mythril.

The dubbed version is better for 2 reasons:

The characters rhetoric, back and forth, and even its serious and violent moments are made special thanks to the dub cast.

It’s a dubbed that deserves a lot of praise.

Relevant: The Sooner These 25 Anime Shows Get DUBBED, The Better! 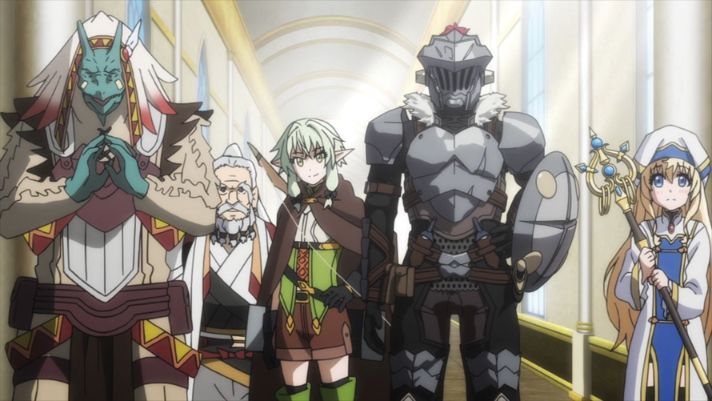 Goblin Slayer is a crude . But only for the first episode. “Crude” from the perspective of people who outraged.

Once you get past the first episode, it becomes more of a semi violent adventure series.

The main character himself has a voice actor that brings out the awkwardness of Goblin Slayer.

He’s a man who’s been deeply affected by his past (associated with Goblins). It makes him almost mute. And extremely introverted.

The voice actor expresses this well. And you see that with others like Onna, the ’s priestess. 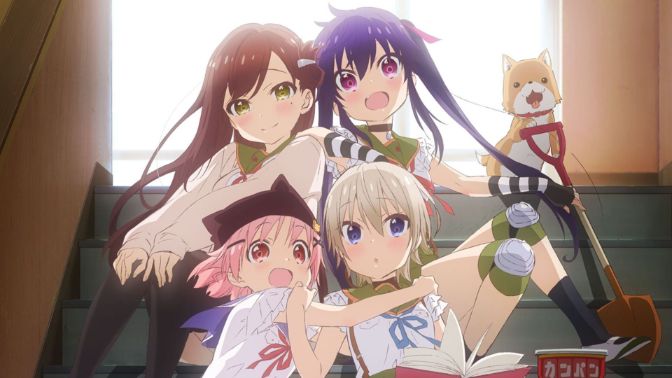 Gakkou Gurashi is another I’ve tried watching in subbed. And it works, just not as well.

In the case of this it’s not because of the dialogue as much, but more so the choice of voice actors.

Many of them are easy to recognize if you’re familiar with dub, but either way, it fits much better with the vibes I feel. 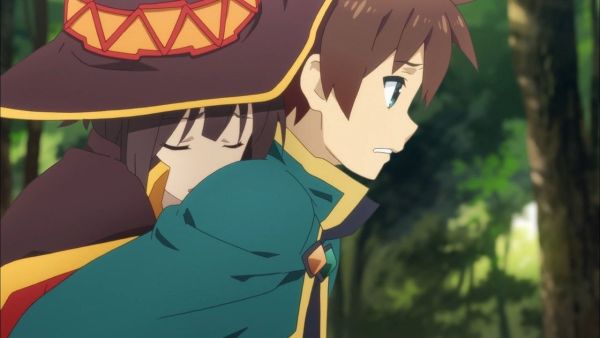 Kono Subarashii has an OK sub. It’s how I started watching the series to begin with.

I couldn’t get on with Megumin’s voice. It doesn’t do it for me.

The dubbed version though? Better than expected. MUCH better variety of voices, as far as quality goes.

Darkness has Rukia’s VA, Megumin has Yuuki Konno’s VA, and so on.

One of the best comedy I’ve come to enjoy. 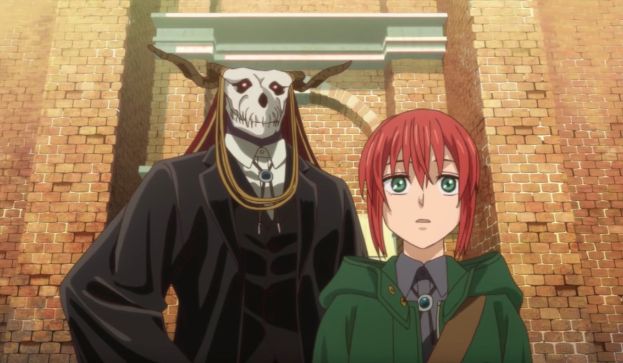 The Ancient Magus Bride is about Hatori Chise, a girl who’s literally on sale at an auction.

She’s bought by a mage, and that’s how it starts.

Aside from the gorgeous visuals, scenery, and backgrounds in this , the voices only add to the atmosphere.

Hatori’s VA expresses the characters timid, but gentle persona. And Alias, the mage who bought Hatori, has a great VA as well. 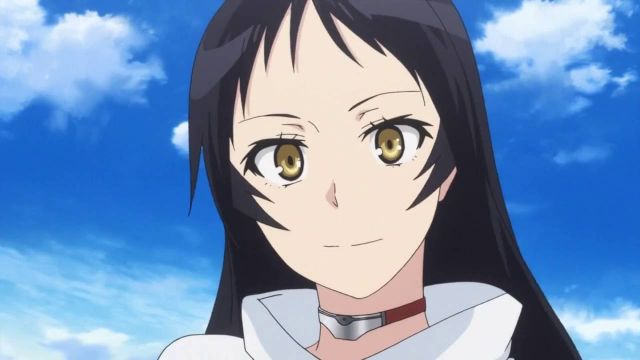 Shimoneta, also known as A Boring World Where The Concepts Of Dirty Jokes Doesn’t Exist.

It’s an about an SJW society, literally. And the few characters who rebel against it and demand their freedom.

Because of the comedy, profanity, sex jokes, and tongue in cheek humor, the dubbed version shines a lot brighter.

The difference when compared to the subbed is night and day.

What the voice actors pulled is pretty much level, but in a different setting. 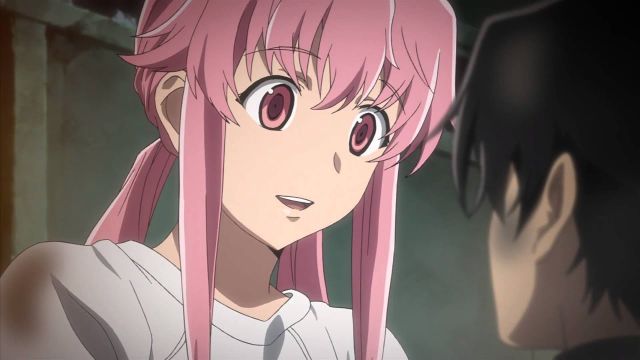 Future Diary, or “Mirai Nikki” is about characters who end up being forced to play “God’s” game of survival.

Each user has a diary with a set of conditions, one of which is being able to see 10 minutes into the future.

With Yuno Gasai, the famous Yandere, and Amano, her Stockholm syndrome boyfriend, the voice actors did a killer job.

I won’t say it’s miles better than the sub, but just a tad. Enough to recognize and appreciate it.

The Subbed Vs Dubbed Argument, And Why It Exists