Here’s the 1st definition Google shows me when searching for ““.

Which of course is a little wrong.

An is simply a person who enjoys their own space more than others. And tends to think more than they talk.

The is the complete opposite.

has its fair share of introverted characters. Both of which are male and female characters.

And many which are main characters and protagonists in all types of series.

I’ll be sharing a set of ‘s with an introverted main character. From shows that are both popular and unpopular. 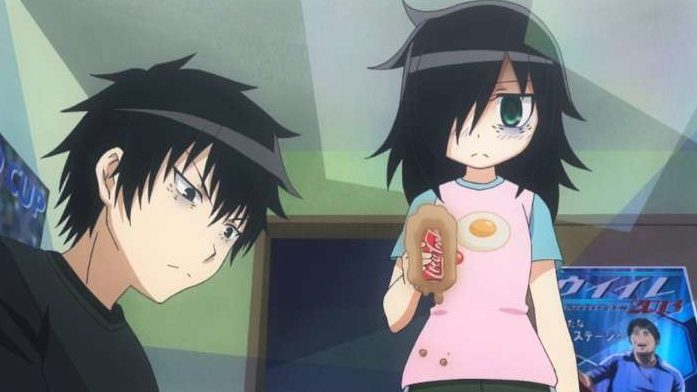 Watashi as it’s called in Japanese is a slice of life/comedy series.

Focusing on main character: Tomoko Kuroki. Who couldn’t start a social conversation to save her life.

fans will describe this show as “cringe-worthy” and I’d agree with that a little.

But that’s what makes this show such a classic slice of life series. As it shines among all the typical happy, cheerful slice of life shows we’re used to seeing. 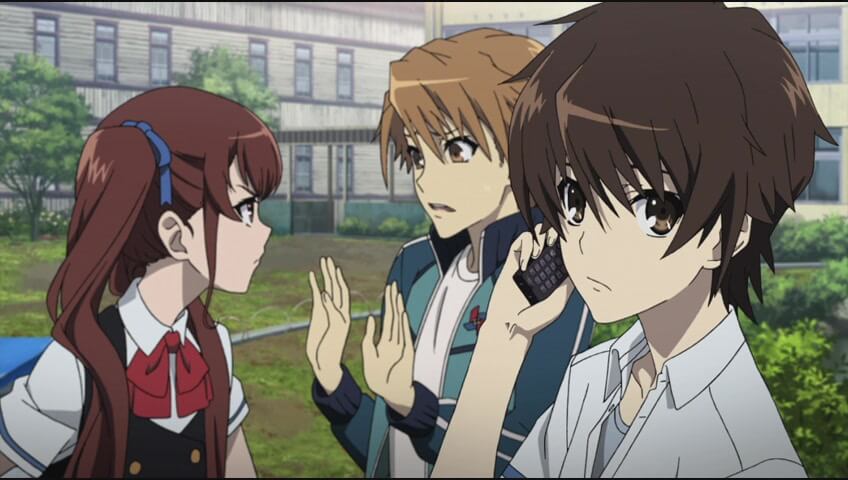 Another is a mystery/horror series focused on main character: Mei Misaki.

She’s a silent, calm, sharp, logical and interesting character who has few friends in the series.

Watching Another wouldn’t be the same without Mei Misaki’s personality and perspective.

And out of all the ‘s with an introverted main character, Mei Misaki is one of the best examples. 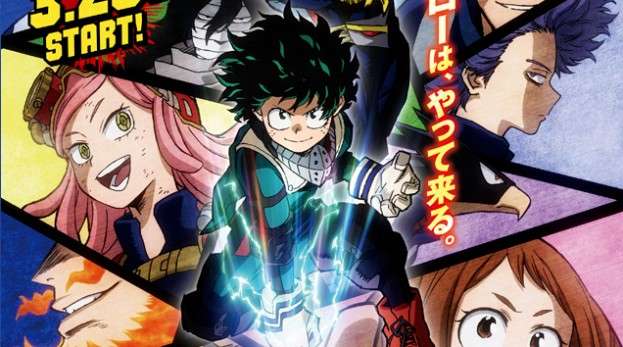 (in Japanese) is similar to shows like and Soul Eater. And is part of the superhero/action genre of ‘s.

The main character is Izuku Midoriya. A young school student who’s dream is to become a hero one day.

Izuku, even after some character development is anxious, nervous and awkward. But one of his strongest introverted traits is his ability to think deep.

He’s not the most talented in the show, but because he tends to think deeper than everyone else, he’s able to overcome big hurdles.

Hurdles that look impossible from the outside in.

Izuku is one of the most intelligent introverted main characters on this list without a doubt.

Related: 19+ Action Dubbed Anime That Will Leave A Good Impression

4. Haganai: I Don’t Have Many Friends 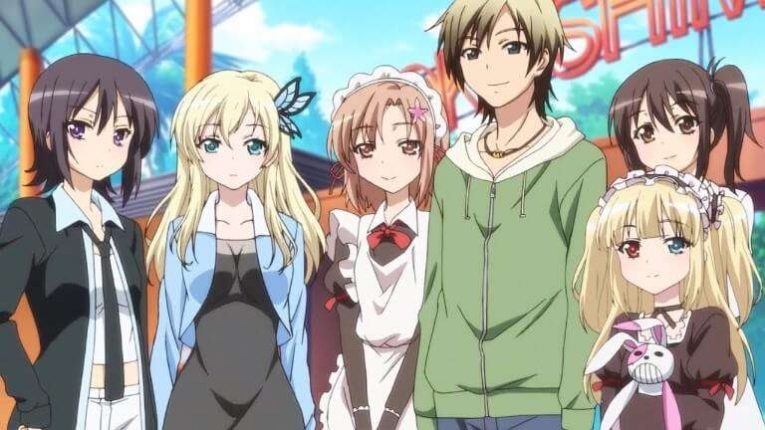 Haganai is similar to Watashi because even though it’s a slice of life, it has deep elements to it.

One of the main characters is Kodaka Hasegawa. A student who along with Yozara forms a group: The Neighbors Club.

The clubs purpose is to help Kodaka and Yozara make new friends.

Kodaka Hasegawa is the awkward type who’s a little nervous sometimes. And is one of the most open minded characters you’ll ever come across. 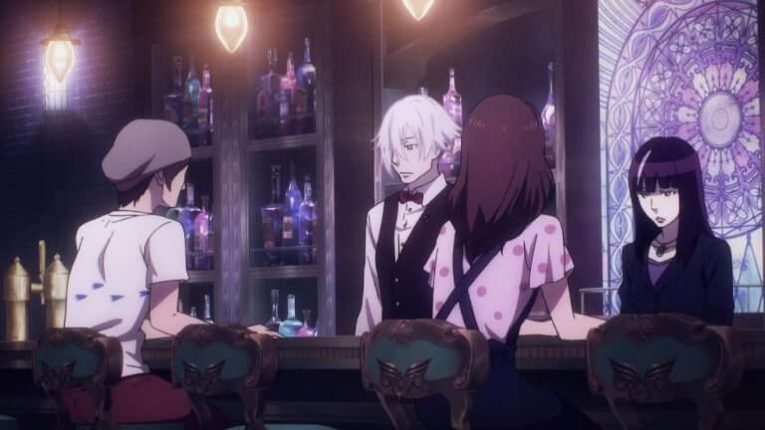 Death Parade is an series in the game/psychological genre. Focused on the main character: Decim.

The story focuses on people who after they die, end up in a realm between heaven and hell. Where they’re put through tests and judged to see whether hell or heaven is best suited for them.

Decim is one of the most introverted main characters. Preferring not to speak or say too much unless necessary.

That being said, he’s knows how to communicate well and has a calm personality.

6. The World God Only Knows 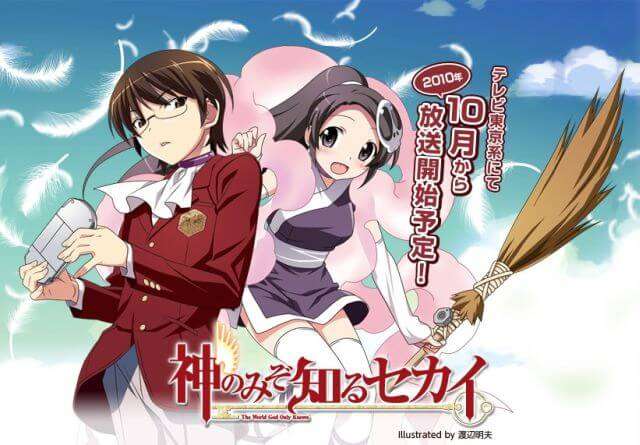 The main character from The World God Only Knows is Katsuragi Keima. An overly obsessed Otaku who does nothing but play dating sim video .

A type of popular game you’ll find in Japan.

Even though Katsuragi is a Otaku, he’s intelligent, clever and witty.

And doesn’t struggle too much when it comes to social conversations. 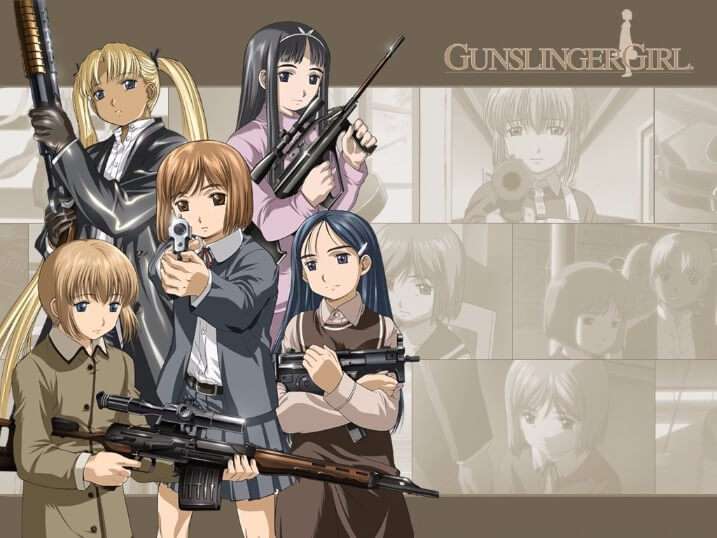 About 3 of the main characters in Gunslinger Girl are introverts. Including Henrietta, Angelica and Clyce.

Each of them loves to read and indulge in books. And aren’t the biggest conversationalists.

The series focuses on these 3 characters (and others) who work under the government, And are brainwashed into doing the governments dirty work.

The average doesn’t even come close to Gunslinger Girl as far as I see it. 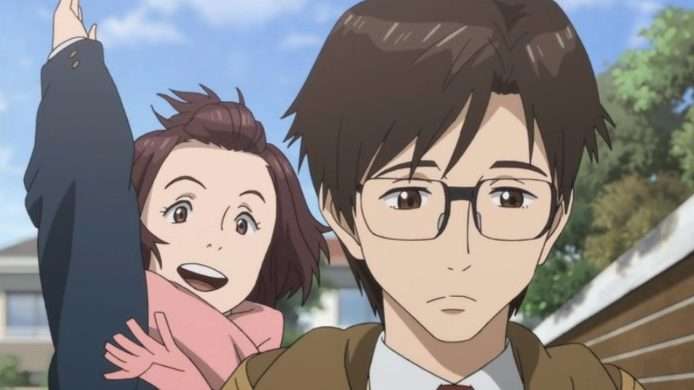 Parasyte focuses on the main character: Shinichi Izumi. A college student who after being attacked by a parasite, is forced to live with it in his body.

The is in the horror/psychological genre, similar to Tokyo Ghoul.

Shinichi makes massive changes through the . But at the heart of his personality he’s an who’s reserved most of the time.

And is as laid back as a Koala bear. Literally. 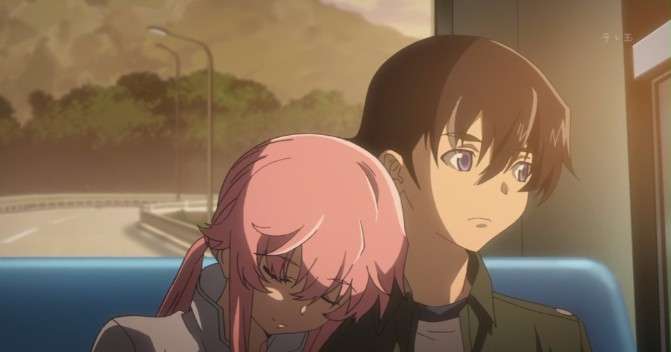 Future Diary is a psychological series with violence, mystery and twisted .

One of the main characters is Yuki Amano. A nervous high school student who’s being stalked by an obsessive girl called Yuno Gasai.

Yuki Amano is kind hearted, fearful, and terrified of others socially. But this part of him changes by the end of the series.

That being said he’s still one of the most introverted characters at heart. 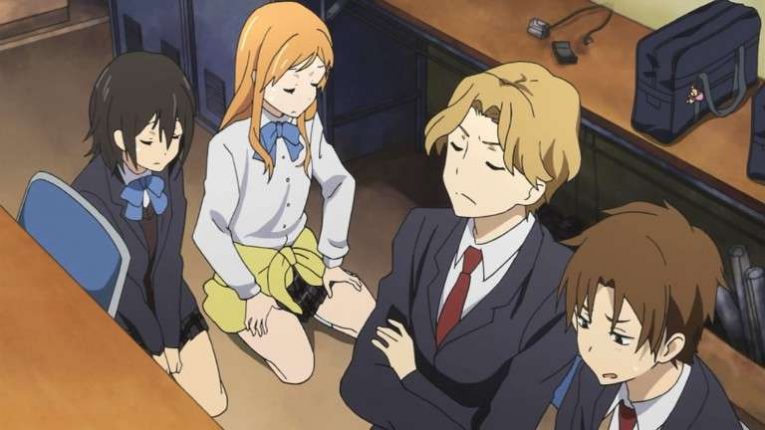 Like Future Diary, Kokoro Connect is a psychological series in the school genre with a twist.

3 of the main characters: Yui Kiriyama, Inaba Himeko and Taichi Yagashi are introverts.

With Yui Kiriyama and Inaba Himeko being the most introverted out of the 3.

You might not have heard of Kokoro Connect, but if you want something fresh in the school category its worth watching.

And is personally one of my favorite shows of all time.

Related: 22 Kokoro Connect Quotes About Pain And Sadness That Will Inspire You 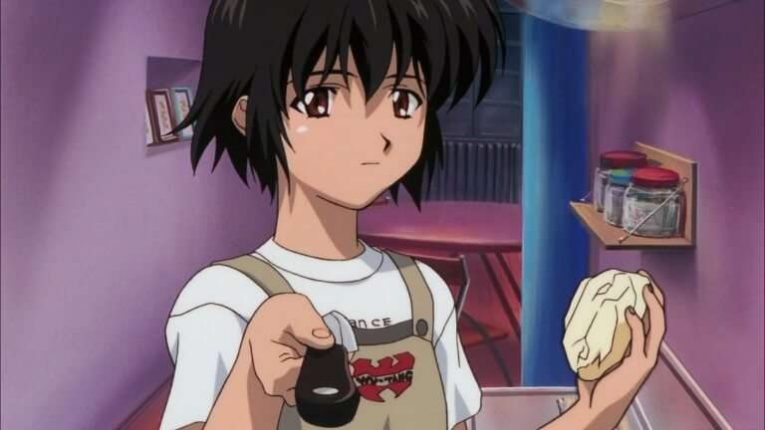 Noir is least known series on this list. But don’t let that fool you – it’s one a kind

The focuses on two main characters: Mariel and Kirika. Who are both freelance assassins for hire.

Kirika is the of the group, while Mariel is more of the ““.

Kirika only speaks when she feels it’s necessary.

Though when it comes to strategy and planning, she’s sharp, witty and has a scary level of intelligence for someone her age. 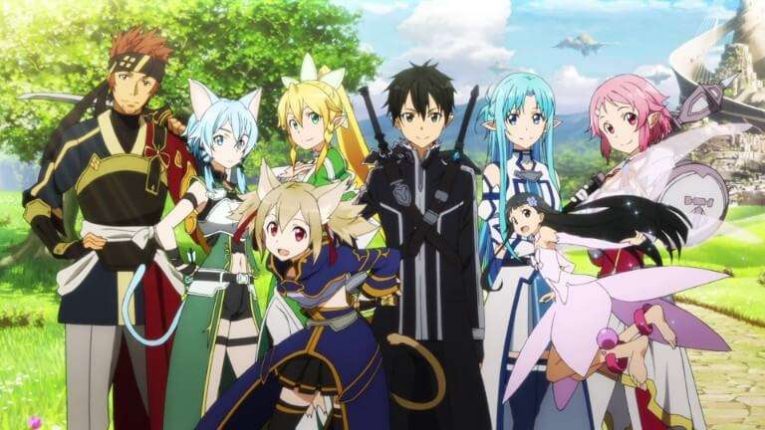 You knew it had to come along at some point in this post… is one of the best examples of having an introverted main character.

Kazuto Kirigaya, better known as “Kirito” is the main protagonist of the show.

Like many gamers from and in real life, Kirito is introverted to the core. With a caring, reserved personality.

Related: 20 Sword Art Online Quotes That Are Sad Yet Inspirational. 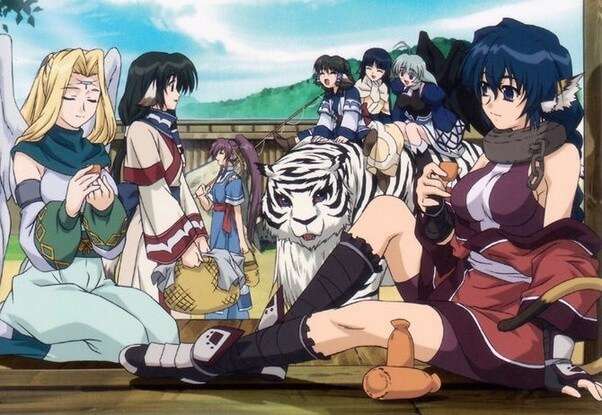 Hakuoro is the main character from : The One Being Sung. Which is an series in the historical/war genre.

With some light hearted romance and drama.

Hakaro is the type of guy who thinks a lot and does everything in his head.

Though he’s skilled at communication and always puts others before himself. Never leaving anybody out of the picture, or being selfish with his decisions. 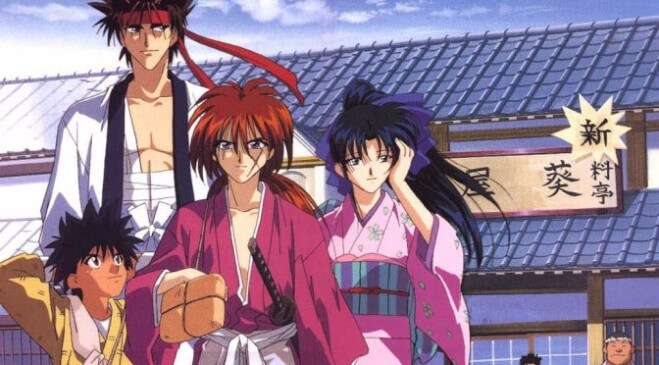 Rurouni Kenshin, like The One Being sung, is an in the historical genre. Except Rurouni Kenshin focuses on samurai’s in the school era of Japan.

The main character: Kenshin Himura has written all over him.

Though unlike “some” Introverts, he has a way with words and has no problem socializing.

Kenshin’s one of my favorite male samurai characters because of his interesting characteristics. 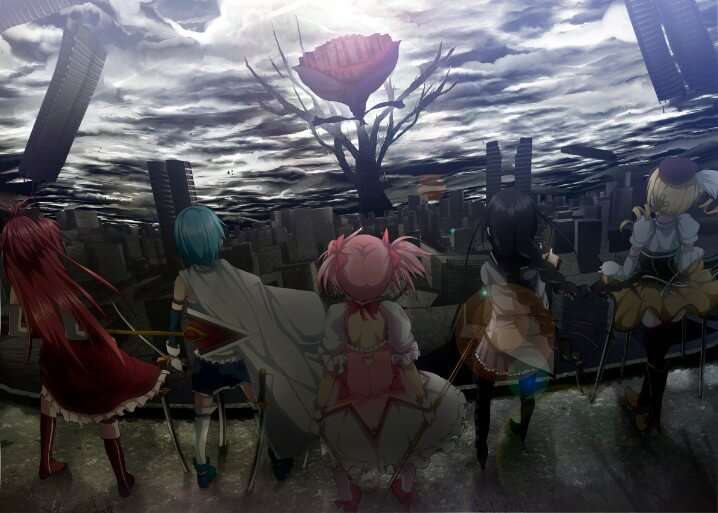 Puella Magi (Japanese name) is a magical girl series with a twist.

There’s no doubt you’ve heard of this popular show, and i’d be surprised if you hadn’t.

At least 3 of the main characters: Kyoko Sakura, and Akemi are introverts.

And each of their personalities is wildly different despite their introverted similarities. 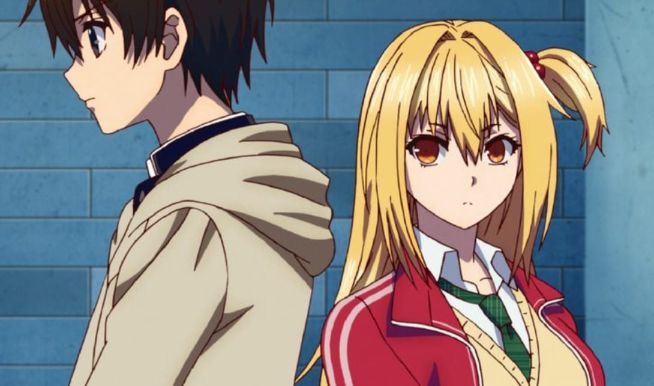 Battle Game In 5 Seconds is a new airing this summer 2021, and is still ongoing in September.

The main character: Akira Shiroyanagi is a classic and gamer who uses his “skills” from gaming to strategize in the real world, and survive the ongoing challenges.

His partner: Yuuri Amagake is another highlight of the series with a tragic backstory. But she leans more on the side of an ambivert.

17. The Disastrous Life Of Saiki K 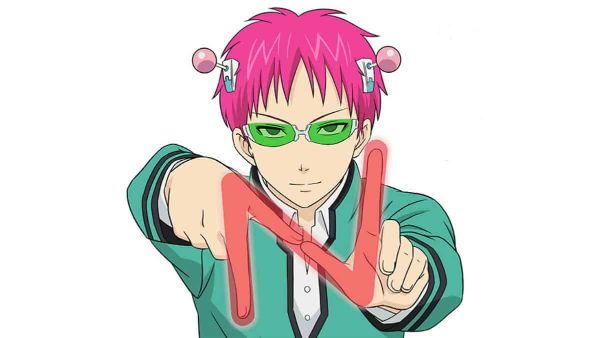 Kusuo Saiki is a psychic, his name is a play on that and the comedy aspect of the series.

Kusuo wants a peaceful life as an , and wants to do his own thing without it being too much of a pain.

In a way, he’s like Saitama or that guy from Classroom Of The Elite.

Being an and a person who enjoys their own space, Kusuo is relatable and the slice of life format gives the a different vibe to comparable shows. 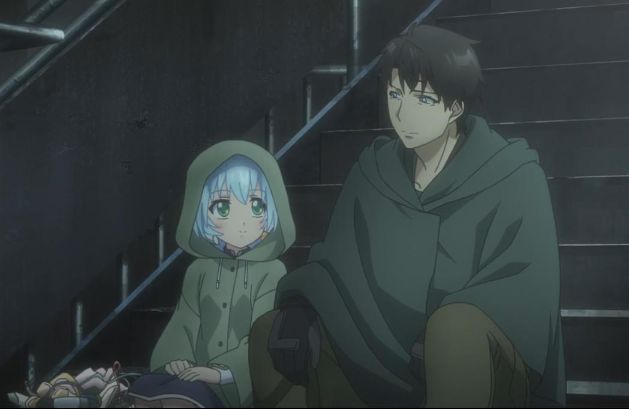 Planetarian is an about a society that’s assisted by robots. But in the current climate there aren’t many humans left at all.

There’s only ONE human, and he’s the main character. He’s joined by a robot called Hoshino Yumemi, a kind, gentle, and selfless robot girl who’s clumsy.

For an that’s not talked about much, and an that’s shorter than most, it’s heartwarming, but sad. And deserving of more credit. 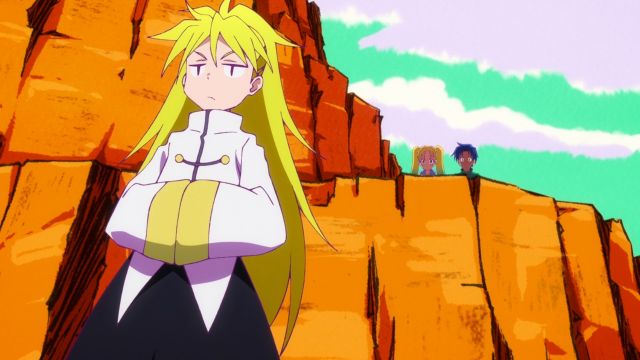 Rin is one of the main characters of this series. She’s the most God in the , and is the sensei and teacher of all the other gods.

Rin has lived for 100’s of years and has learned to enjoy her own company, do her own thing, and be introverted.

It’s her default way of being.

She’s not the most delicate giving the circumstances of the show and its plot.

Do you have anymore ‘s to add with introverted protagonists?

9+ Of The Best Anime Like Battle Game In 5 Seconds!

You’re also the author of articles in justbereal.co.uk, right? Most of them are really inspirational.

That’s right. Nice to see someone from the other side! Appreciate it.

Neon Genesis Evangelion is a captivating series to me because of Shinji Ikari as a shy, reticent, low-self-esteem main character. That is in addition to the badass giant robots, well-detailed science fiction, and insanely intricate and mysterious plot. Possibly best mecha anime of all time.