When you’re having a bad day the last thing you need is “more” bad news. Or worse, something that turns your bad day into a depressing day.

They say laughter is the greatest medicine and I agree.

It’s best to do what we can to cheer ourselves up, laugh and smile to uplift our spirits.

Especially when we’re down.

After all, what good is it if you’re being a negative nancy all day long? That only makes your day worse.

It doesn’t solve the problem or change it by being negative. And the more time you waste on those types of emotions, the less time you have for happiness and joy.

Having one of those days today? 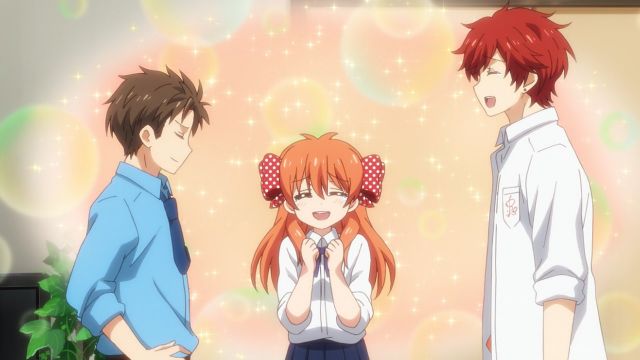 This anime is a high school, comedy show about a girl named Chiyo Sakura. And the artist – Nozaki Kun who Chio develops feelings for.

You get over-the-top comedy and cliches that are made out to be a joke (on purpose). And some subtle where it counts in a true rom-com style.

If you’ve yet to watch it, give it a go. It’s a decent comedy series that deserves a shout-out. 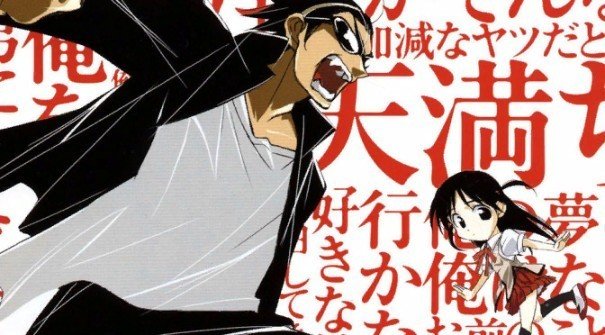 School Rumble is an Anime with unrequited love between tons of characters. And will have you rolling on the floor laughing at times.

One of the main characters of the show is Kenji Harima. A passionate artist who’s working on his personal development.

He’s stepped away from the life of a delinquent and wants to better himself.

And even though School Rumble is full of comedy scenes, it does get deep when it needs to.

Either way, you’ll love this show if you’re into Anime’s. 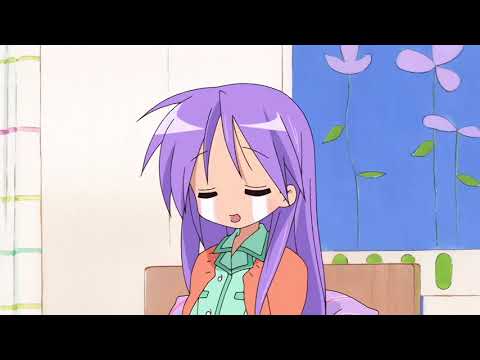 If you’re into video and Otaku culture, this Anime can’t be missed.

it’s hilarious from episode to episode. In a style of Anime.  With no real plot, rhyme or reason except for its randomness and humor.

One thing to appreciate about this Kyoto Animation series is the DUB is one of the best. With stellar voice acting and humor.

And Konata Izumi (the main character) is one of the funniest there is.

Lucky Star was released back in 2007.

4. My Bride Is A Mermaid 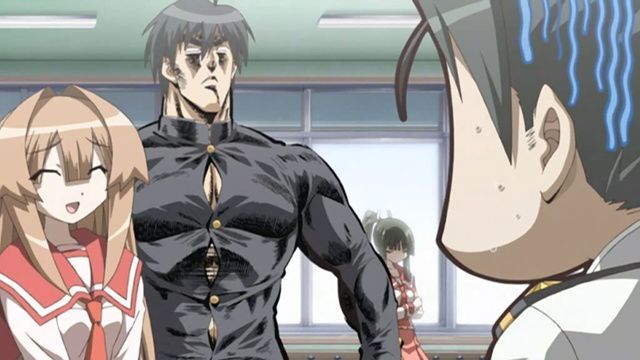 My Bride Is A Mermaid is still one of the absolute funniest anime I’ve seen to this day.

It’s about Nagasumi Michishio, a guy who almost drowns out at sea because he got too cocky and swam out too far.

Sun Seto (a MC) saves him. She’s a mermaid of sorts.

Tradition in Sun’s family dictates they have to get engaged and that’s where the anime’s story begins.

Sun Seto’s family are basically Yakuza, which ends up being one of the highlights of its comedy. 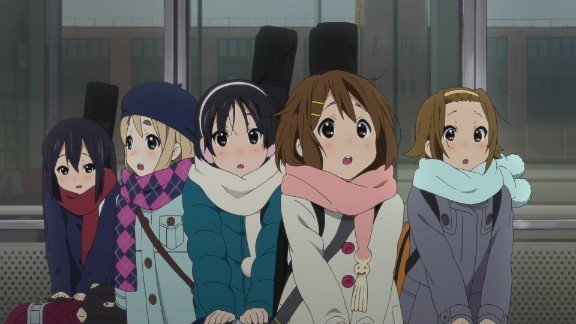 K-On is an anime about 4 who are extremely passionate about . And end up forming the light club.

Their band is named – after school tea time. A ridiculous name in itself but that’s just a hint as to how stupid and funny this anime is. 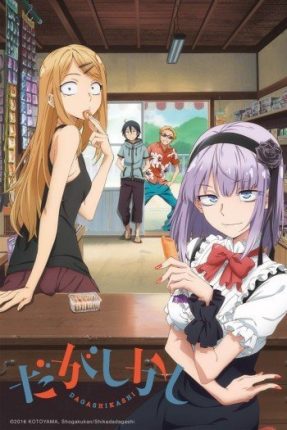 This Anime educates its audience about Dagashi culture in Japan. And it does it in a hilarious, surprising and fun kind of way.

I’ll say the comedy isn’t for everyone and it’s not my favorite from this list, but it’s worthy.

Dagashi Kashi’s style is unique, but it should keep you entertained all the way through.

The two main characters in this show are Misaki Ayuzawa & Usui Takumi.

Misaki is a strong female character who’s a student council president by day, and works hard to make as a Maid by night.

She’s embarassed y her maid job so she doesn’t tell anyone about it. Though Usui Takumi finds out about it.

Usui himself is the sarcastic, troll type of character who does the most unpredictable sh*t.

Besides the eventual , Maid Sama is hilarious and one of the funniest, most quality rom coms I’ve watched. 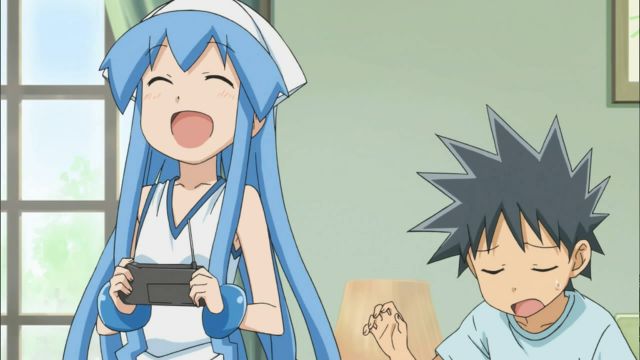 This Anime show is about Squid Girl who comes from the sea to earth. And she has one goal in mind – to conquer the planet.

Of course, it doesn’t go that way. And as it takes an interesting turn, humorous episodes follow-suit. And the creative play on words makes this unlike any other comparable anime.

This is even more true in the dubbed version of Squid Girl, which is miles ahead of the sub.

It’s one of those anime that goes unnoticed these days but has the quality to speak louder than its lack of popularity. 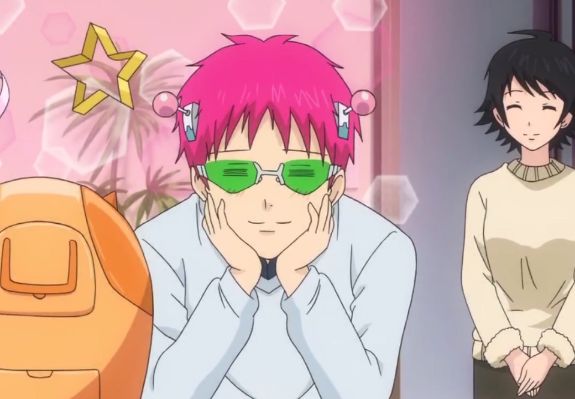 The Disastrous Life Of Saiki K is like a dilluted version of . You won’t find fan service here or “naked” body shots.

The anime mocks traditional comedy tropes, manages to pull off some insane comedy without being cliche or typical.

And with the main character being a psychic since birth, and his reluctance to socialize (he’s an introvert) it makes for a unique anime series.

Related: The Best Anime’s With An Introverted Main Character 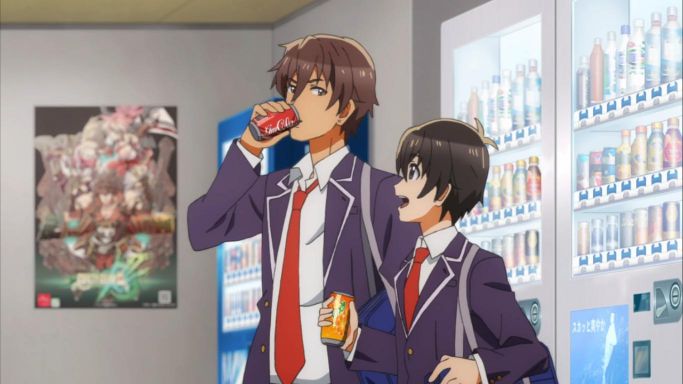 Gamers is the #1 anime series if you’re really about that “Otaku” life.

It’s all in the name. Geeks, nerds, Otaku’s and anyone who loves video to death.

Even the comedy uses video game references and jokes to in so many different episodes.

You’ll enjoy this anime even if you’re not a gamer, but it’s better if you’re familiar with the gaming community. 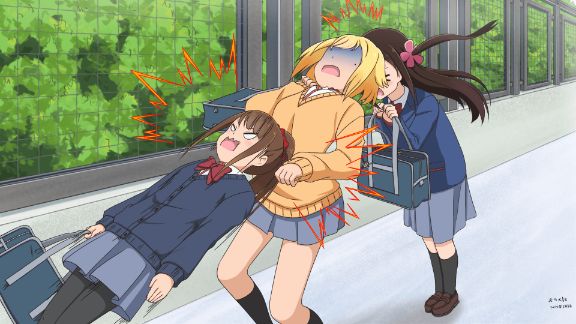 Hitoribocchi is one relatable school anime for introverts and socially awkward people.

The main character – Hitori, has social anxiety and can’t socialize to save her life. Ironically this is related to her “new” goal, which is to befriend everyone in her new school.

You can see where this is going.

The comedy is connected to Hitori’s attempts at making friends, and it puts you in her shoes since it’s so realistic and true to life in some ways. 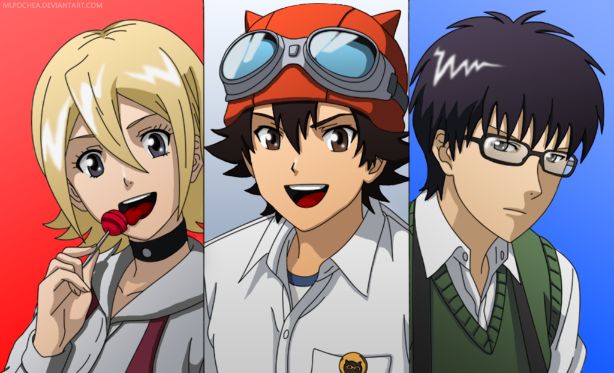 Sket Dance is a treasure I’ve never heard anyone talk about in the anime community. It was released sometime between 2011-2012.

The set-up is 3 anime characters:

All 3 characters run a group called sket dance in school. A group dedicated to helping anyone with their problems.

Even if those problems are stupid and ridiculous, it’s all fair game.

For such a simple set-up the comedy is the rare kind you only find in a couple of anime shows. And it’s over 70+ episodes long. 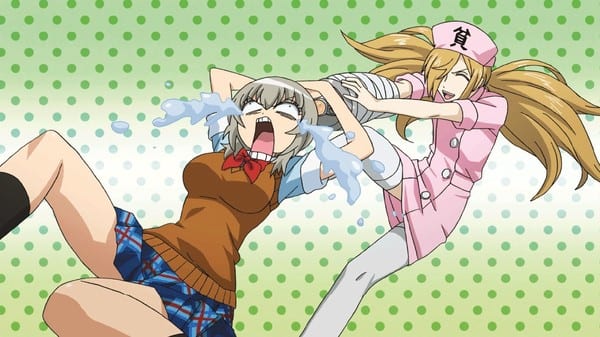 The main character is obviously a woman. Ichiko Sakura. A spoilt little sh*t who expects everything from the world, but cries when she has to do anything for herself.

She’s raised this way, so it’s not entirely her fault.

This is where the comedy comes in, especially when the poverty god shows up to “take” happiness away from Ichiko’s perfect, rich lifestyle.

I like the character development here. It’s surprisingly good for a comedy, but relevant as well. 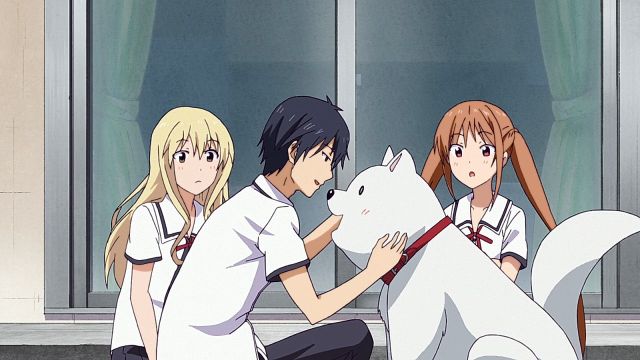 Aho Girl is another “female” in its own ways. But it’s a lot more extreme than examples like Good Luck Girl.

In fact the comedy is so extreme you’re either gonna grow to love it or hate it to death.

Yoshiko (the MC) loves Banana’s, and is stupid. Not just when it comes to school, but life in general.

The anime’s whole gag is linked to Yoshiko’s stupidity, and the nonsense that comes with it.

The Devil Is A Part Timer, it’s all in the name of the title.

Satan ends up on earth after being chased by Hero Emilia, an angel from Ente Isla.

On earth neither character can use their powers, so they’re forced to live like humans, get passports, jobs, and rent out their own properties for the time being.

For a demon-related anime, the concept is creative, different, and even better – funny. Because it’s written with skill.

Hyperdimension Neptunia is based off PlayStation video . But it’s a decent comedy.

Each character is basically a CPU.

The story doesn’t have much to it so it’s comparable to something like K-On or Lucky Star. Except Hyperdimension is in a sci-fi, technology-driven world.

Neptune is the funniest character, but the support characters make this anime a whole package of comical episodes, and witty lines you won’t see anywhere else.

Feel a show has been missed out?