What makes wild anime characters so remarkable is that they completely defy expectations.

Characters with antisocial personality disorders, a condition that regularly appears among anime villains, do not react to events as you would expect them to. This creates tension and leaves you guessing what will happen next and what motivates them.

Do you relate to them?

Other characters who exhibit more prevalent symptoms, such as anxiousness, psychosis, depression, etc, can be pretty relatable.

Stick around as we go through the list of 21+ Anime characters who struggle with their mental illness. 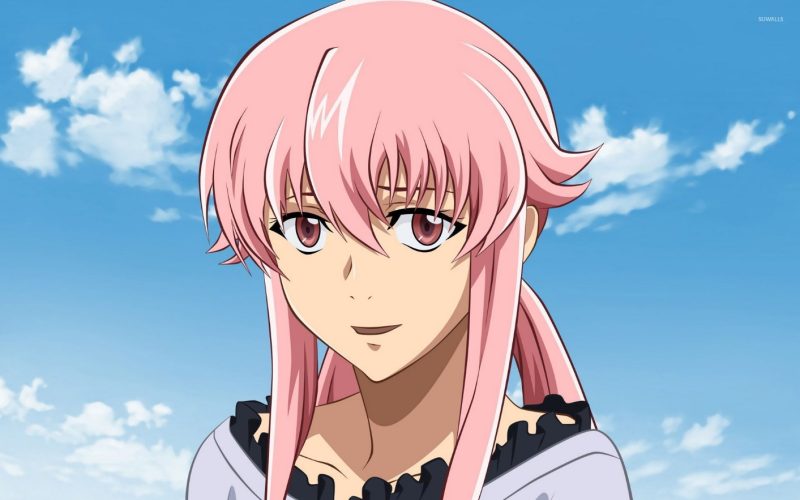 Yuno Gasai from Future Diary is one of anime’s most known psychotic yandere. On the surface, she appears lovely if a touch is clingy.

Yukiteru, the heroine, swiftly understands that her clinging is closer to stalking and that her love seems violent. Most people believe it’s because of her abusive childhood at the hands of her parents.

Pixel Puzzles Illustrations & Anime - Jigsaw Pack: Musix Start Playing Now
We earn a commission from Amazon & other affiliates if you make a purchase at no additional cost to you. 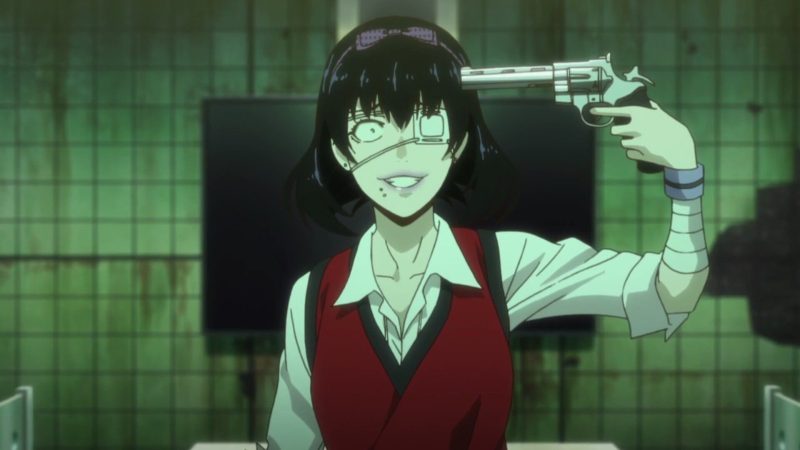 Midari Ikishima is a third-year student at Kakegurui’s gambling school, Hyakkaou Private Academy. Her mental difficulties are on full display there.

She is a compulsive gambler who does not record her winnings. Midari isn’t satisfied with simply plunging herself into financial despair. No, she needs her life to be in danger, even if it means nothing to her.

For example, to “feel alive,” she masturbates while holding a gun to her head. 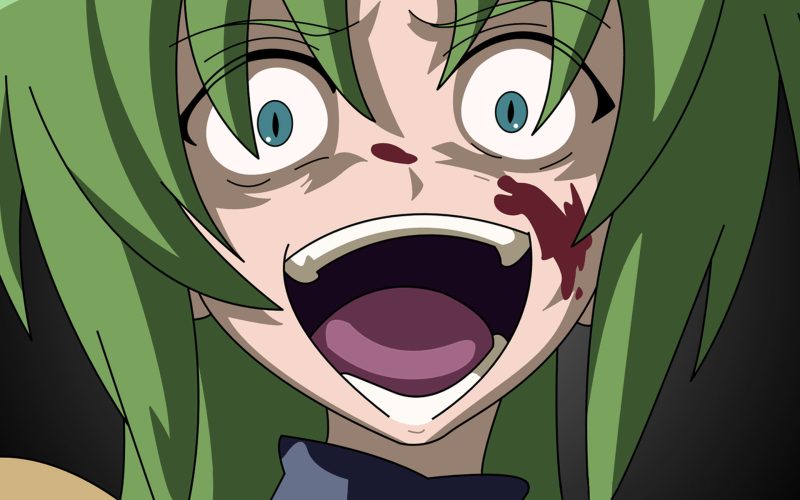 Higurashi: When They Cry is a show about a community plagued by a viral mental ailment that drives its victims to commit atrocities. With a storyline like that, it’s challenging to pick just one character for our list – but Shion Sonozaki’s catastrophic mental breakdown stands out.

Shion is madly in love with Satoshi. Shion blames the strong families who dominate their community for Satoshi’s disappearance.

Her wrath, mixed with the demonic personality she develops to cope with her grief, leads to a violent mental breakdown in which she embarks on a murdering rampage. 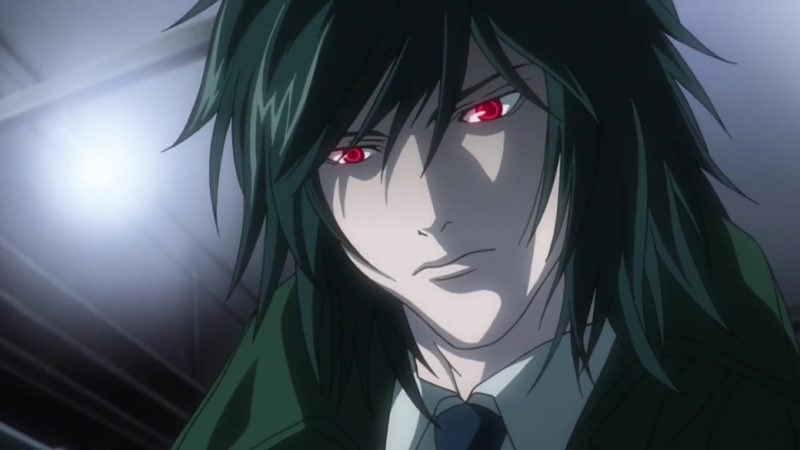 Teru Mikami is possibly the clearest example of a character in that could be considered mentally ill. Mikami leads an obsessively regimented and isolated life.

While this serves him well in his defense lawyer business, it leaves him highly vulnerable to being Light Yagami’s right hand. When Mikami obtains the killer notepad, he becomes wholly insane and begins killing criminals and having orgasms.

When he finds Light is not God and is, in fact, an imperfect person, he commits suicide. 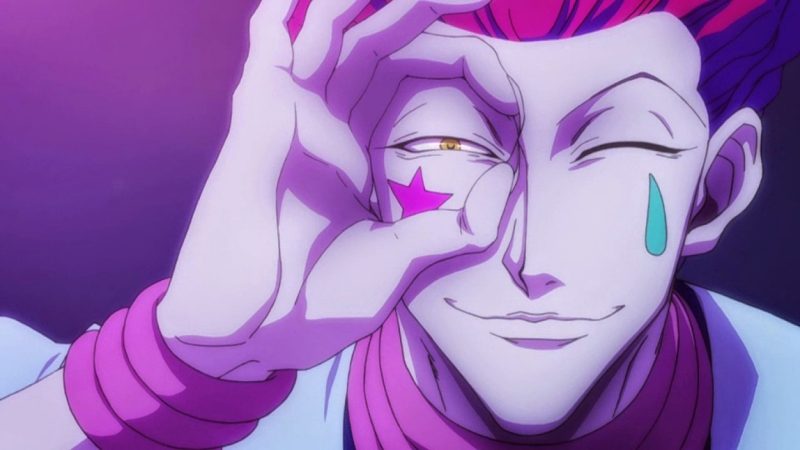 Hunter x Hunter character Hisoka Morow may have an antisocial personality disorder. Other individuals are just foddered for his wicked delight.

He’ll support and defend you as long as you’re helping him, but he’ll slay you with joy if you’re no longer helpful.

He also regularly lies and enjoys doing violent pranks. This guy is a pleasure junkie who derives pleasure from the agony of others.

Akame Ga Kill Depicts the unpredictable Seryu Ubiquitous, who works for the Emperor’s crime-fighting team. Caring about crime comes with the territory, and it isn’t always a pathology – but it is in Seryu’s case.

Seryu’s unwavering sense of black-and-white morality leads her to believe that the corrupt Empire she serves is faultless and its opponents are pure evil. And in Seryu’s opinion, pure evil deserves to die, and she should be able to enjoy herself while doing it.

Her worldview precludes compassion or even access to truth. 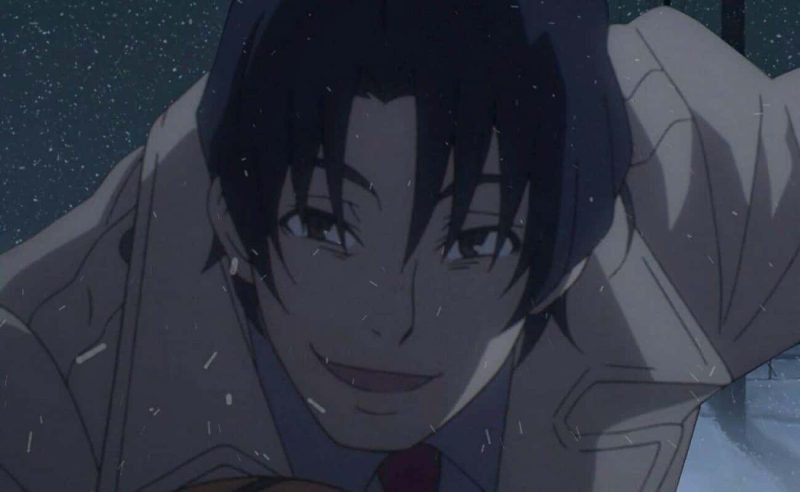 Being a murderer does not inevitably entail mental instability or sickness, although it appears to be the case in Gaku Yashiro’s point. The main antagonist in ERASED looks to have an antisocial personality disorder, the formal term for psychopathy.

Yashiro is a kindergarten teacher who has dedicated his life to murdering children. His objectives are not based on personal benefit of any kind; instead, they derive from a boyhood incident in which he destroyed a swarm of hamsters and admired the efforts of the lone survivor. 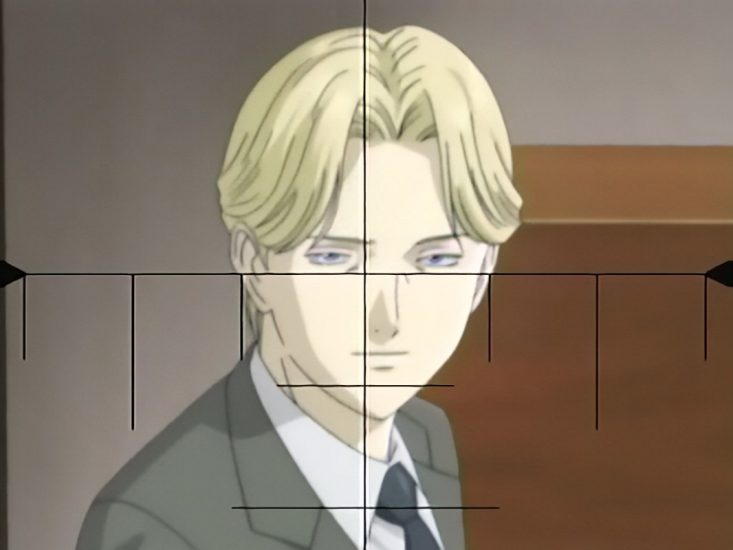 Johan Liebert, Monster’s primary antagonist, is a morally corrupt guy who kills with a stunning lack of passion. He doesn’t relish murdering, but he also doesn’t despise it. His motivations are unknown.

A tragic upbringing may be to blame, but viewers may ponder why his sister, who also endured a horrific childhood, turned out to be a valuable member of society.

Liebert, for whatever reason, wants to be the last man standing at the end of the world, and he is utterly incapable of feeling pity or sorrow. 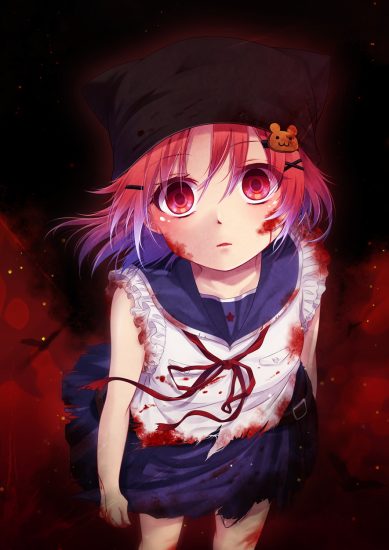 Life in the School World is nothing short of terrifying. The main characters are the final survivors of a zombie apocalypse, and they’ve barricaded themselves inside their school to keep themselves safe.

While most children can accept their bleak life, Yuki Takeya cannot. Yuki lives under an elaborate fantasy of regular school life to shield herself emotionally.

Her companions are forced to pretend to be expected for her sake and protect her from dangers she cannot recognize. 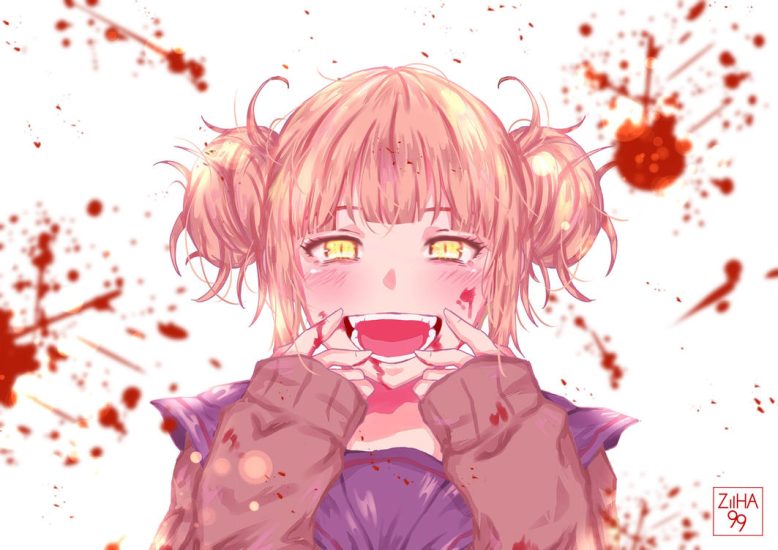 Himiko Toga debuts briefly in the anime, but it only takes a short time for viewers to realize she’s severely off-kilter.

Himiko declares that she wants to kill Stain, become Stain, and love Stain when she is first brought to the League of Villains as a potential recruit. Why? Because Himiko believes life is “hard to live,” she wishes to make it “easy to be alive.”

These are not the statements of a psychologically stable person. 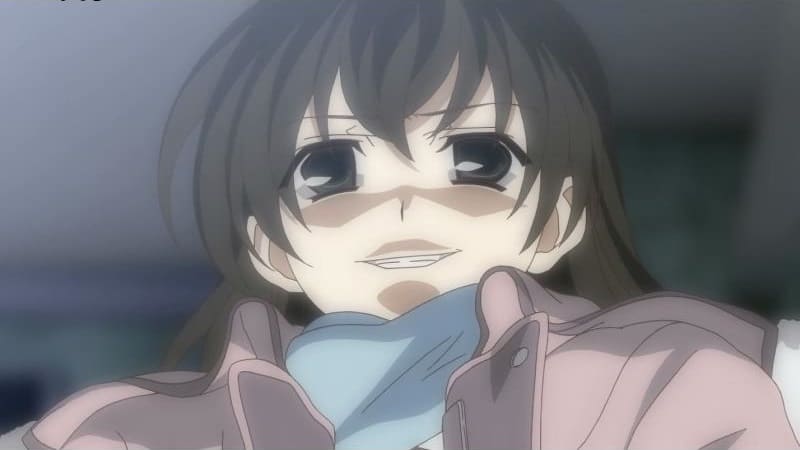 To be fair to Sekai Saionji, she does have the world’s shittiest boyfriend, Makoto Itou, and she doesn’t go insane until he drives her to it.

Who wouldn’t be outraged if their partner locked them out so he could hook up with other females, threw away a dinner they spent hours painstakingly preparing, and demanded that they have an abortion rather than consider sustaining their child?

The fact that Sekai is upset isn’t what gets her on this list; it’s the fact that she chooses to avenge Makoto.

Yes, Makoto deserved to be punished in some form, but it’s taken quite far. 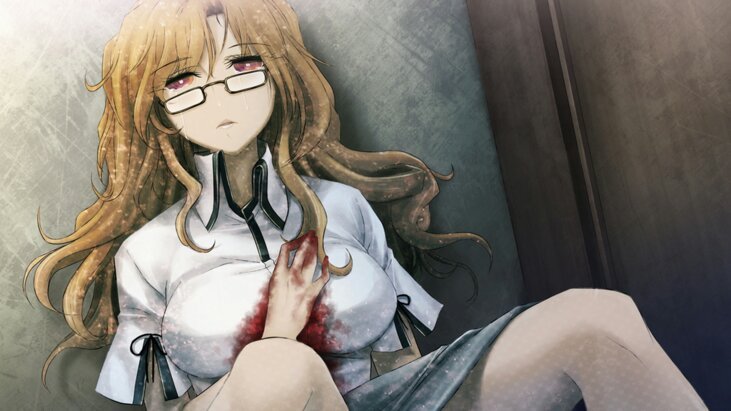 Moeka Kiryu of Steins; Gate struggles with face-to-face contact and converses on her phone, even when people are directly in front of her.

She becomes pretty irritated if her phone is taken away. Moeka grows despondent, physically unwell, and paranoid due to the neglect and abuse she receives from practically everyone she meets.

When a dishonest person shows her kindness, she is willing to do anything for him, including taking lives on his behalf. 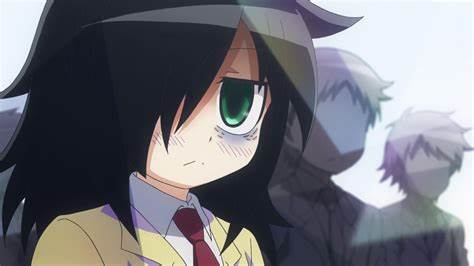 Tomoko is a girl who aspires to be popular and make friends. Unfortunately, her fear and lack of social skills prevent her from striking up a conversation.

She tries to devise workarounds that will quickly make her famous, but they are usually ill-conceived ideas, including spending so long without showering that she attracts bugs.

Her inability to connect with people exacerbates her sadness, leading to even more bizarre conduct. Her mental illness is understandable to many viewers, making the film tough to watch. 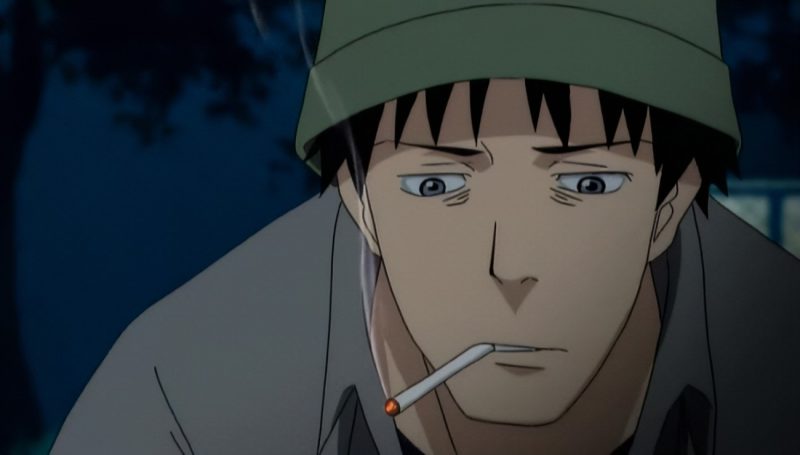 While many anime characters may state this, Satou goes a step further. As the narrative goes, Satou isn’t living the NEET lifestyle because of laziness or incompetence.

He’s miserable to the point of suicidal ideation and frequently hallucinating.

The original light novels attributed this to drugs, but because drugs are not present in the anime, one must presume that it is a type of psychosis. However, heroin addiction is still a mental condition.

Therefore, Satou’s mental stability is essentially nonexistent, and he needs far more assistance than he receives from the deceitful Misaki. 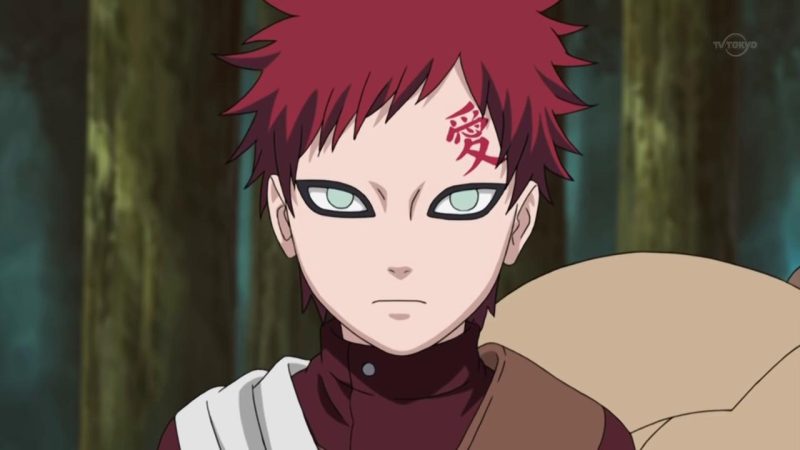 There are many troubled characters in Naruto, but one of the most notable has to be Gaara. Gaara, like Naruto, was born with a tailed beast inside him. Gaara, unlike Naruto, develops a craving for murder.

Gaara went on the defense after a childhood filled with assassination attempts by his father and uncle. He was killed not merely to protect himself but also to disguise his loneliness and to feel alive.

Gaara, on the other hand, finally calms down, stops killing people, and rises to become the political leader of his entire nation. 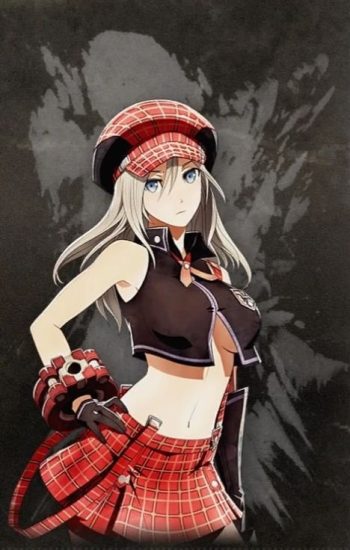 Alisa is one of God Eater’s two new-type God Arc welders, as well as one of the best god-eaters in the game. Though she can successfully wield and use her weapon, she has a horrible background that haunts her.

She’s emotionally unstable due to that trauma, and she was even employed as a killing machine after being misled by a scientist she works with.

She was even told to kill Amamiya on an assignment she unknowingly carried out. 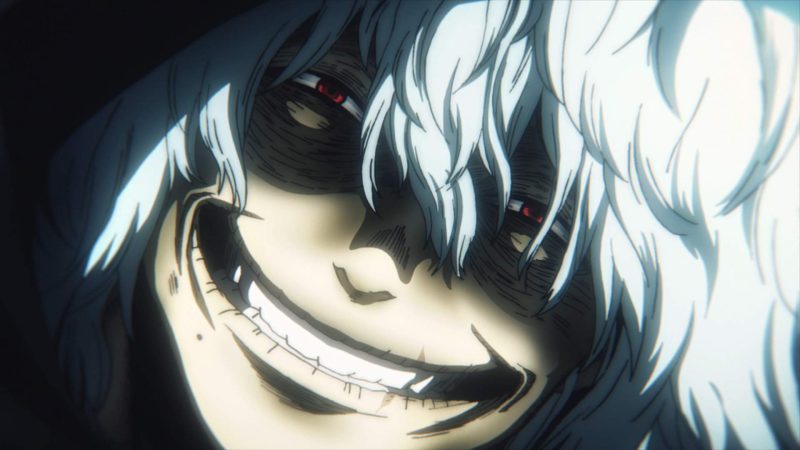 Tomura Shigaraki was not always the villain he was; he only became so after a calamity occurred after he activated his Quirk (Decay).

All for One used Tomura Shigaraki’s tragedy to shape his personality into the formidable villain he is now. And, because he’s odd and often irritated by unexpected situations, he frequently scrapes his neck as he yearns to annihilate others.

He’s lucky to have Kurogiri by his side. 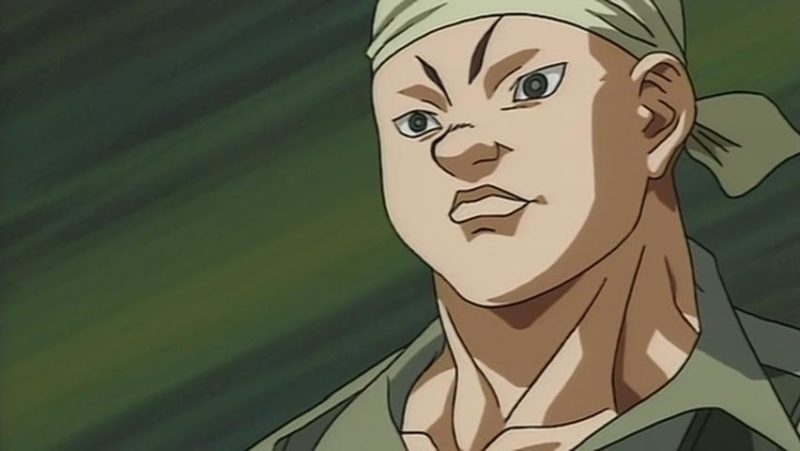 One of the more fearsome fighters is Gaia from Baki the Grappler. He was on the other side of Nomura, who was seen as the doctor of Hokkaido’s 1st Airborne Brigade.

Gaia and Nomura have differing combat talents and motivations due to their split personality. Later in the novel, Gaia defeats and integrates with the other character, revealing a more collected and formal individual. 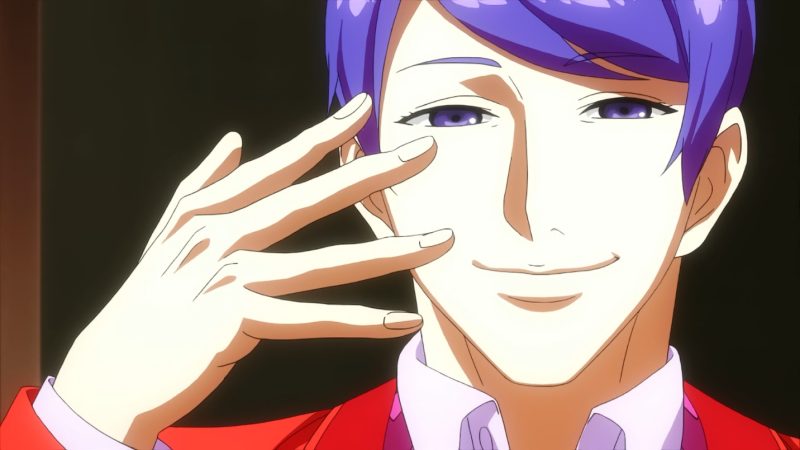 Shuu Tsukiyama (also known as the “Gourmet”) wants the best for his dinner, whether it’s people or ghouls. He’ll pursue his quarry as long as it catches his attention and interest.

With this fixation on his best meals, he became interested in Ken Kaneki, a human-ghoul hybrid. We even saw him go insane while sniffing a blood-splattered handkerchief.

Similar: 21+ Of The Hottest Anime Guys You Wish Were Real 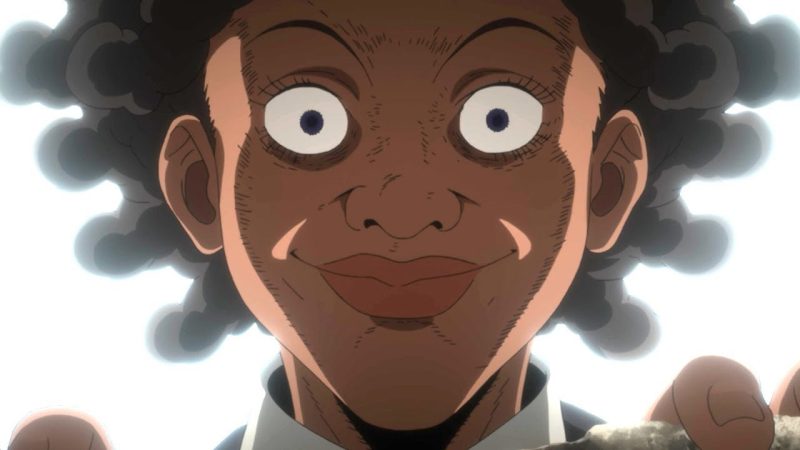 Remember the dispatched to Gracefield House to keep a check on the kids? The one who converses with her doll? Sister Krone was the weird woman.

Though she was seen as mentally insane, her actions in bringing down Isabella for her sake helped to save the children from their fate as demon food. 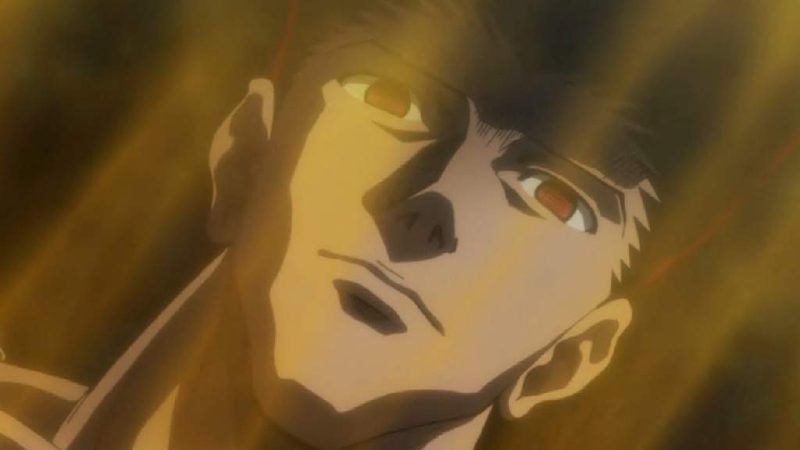 Despite being as powerful as the Chimera Ant King, this enormous person lost his mind for vengeance.

We witnessed this as he pounded the already pulverized head of the feline Royal Guard to nothing to relieve his anguish, loneliness, and melancholy. 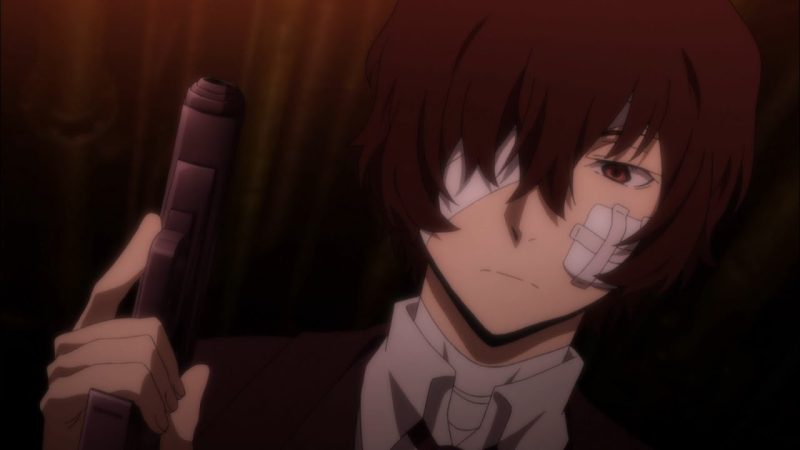 He’s composed, formal, and composed—but only to keep a wild power from erupting in his body. If this boy can’t control his emotions and hatred, expect a kickass fury moment.

He makes this list because he is a suicidal maniac (with a twist). No man in his right mind would suddenly commit suicide with a lovely girl by his side, what Dazai calls “double suicide.” 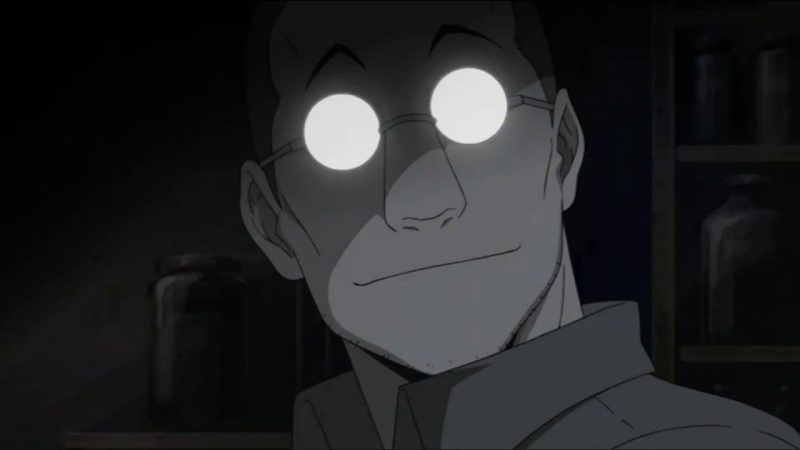 This Alchemist, consumed by greed and power, is universally despised by almost everyone who watches : Brotherhood. Indeed, he is easily one of the most despised anime characters in history, so we must assume that he is insane.

This father went insane and exploited his little daughter in his cruel experiments.

20+ Of The Best EVIL Anime Villains