Most of the stories that are told to us try to make us hate the villain…or so was the case in old times.

From movies, comics, TV shows to and , the type of villains have changed vastly in modern times.

This makes the audience love them and this is especially true in the case of villains.

So today we will take a look at 20+ compelling villains we love: 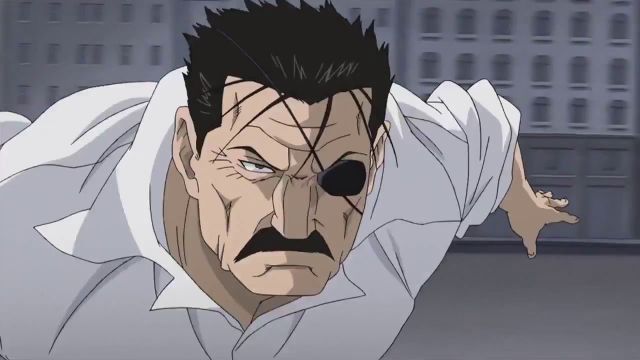 King Bradley is one of the main antagonists of Brotherhood.

He is one of the seven Homunculi. Bradley was also the original Führer of Amestris. He is also known as Wrath.

Bradley served as a political antagonist for most of the Brotherhood plot, i.e. he didn’t have physical fights but was always in the way of our protagonists due to him having high political power.

But at the end of the series, he did also get good fight sequences and proved to be a badass competent swordsman.

This ultimately leads to him being popular among fans. 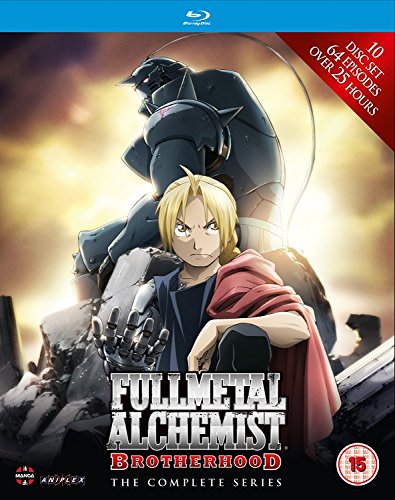 Fullmetal Alchemist Brotherhood - Complete Series Box Set (Episodes 1-64) [Blu-ray] Shop with Amazon
We earn a commission from Amazon & other affiliates if you make a purchase at no additional cost to you. 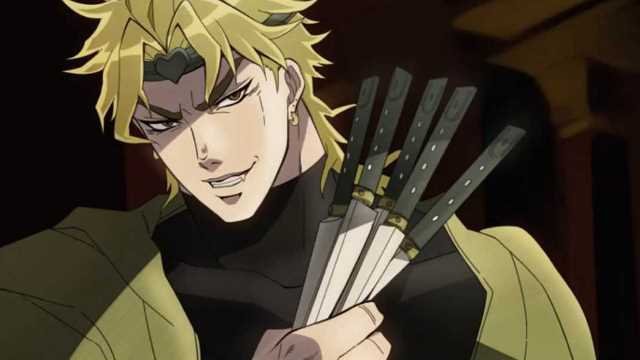 Dio serves as the main villain for JJBA part 1, 3 & some future parts.

When a villain constantly makes an appearance in a critically and commercially successful /, you know he’s great. 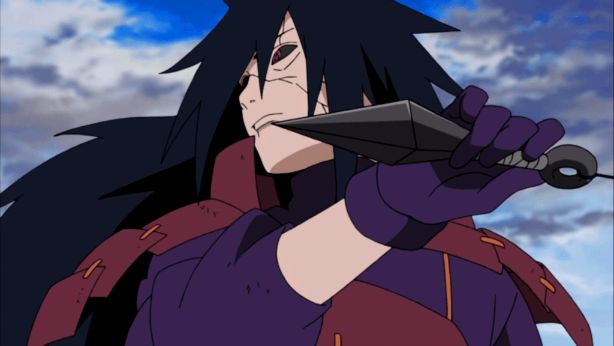 Madara was hyped as an overpowered character way before his introduction. His introduction landed the fans expectations perfectly.

His whole characterization revolved around having badass moments.

This all made him an extremely entertaining villain.

Relevant: 10+ Events In Naruto That Made Uzumaki The Person He Is Today

4. Bondrewd (Made in Abyss) 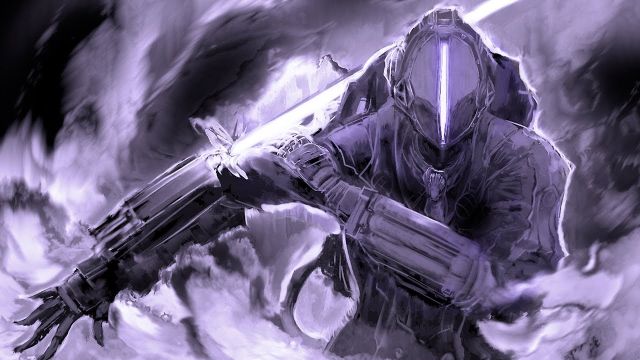 Bondrewd has to be one of the most inhuman villains on this list. He does torturous experiments with children to achieve his goals.

But people still like him because he genuinely believes that his actions are not evil and are for the greater good which radiates through the audience.

People obviously don’t agree with him, but having compelling reasons for his actions makes him a  fascinating character.

Relevant: LOVED Made In Abyss? Then Try These 7 Anime Shows 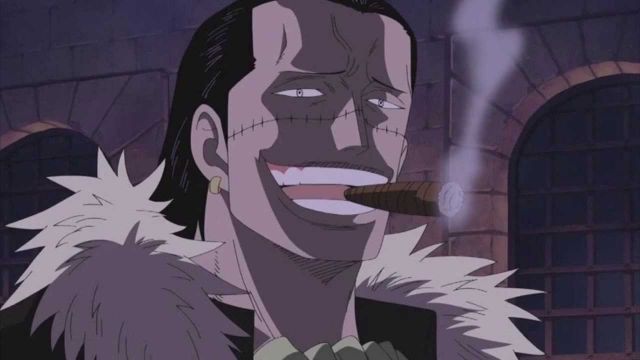 Crocodile is the quintessential charismatic villain.

He doesn’t have a detailed back story or some understandable motive for his evil plans. That said, he’s simply too cool for fans to not love him.

Most of the villains in early had a comedic flavour to them. Most of them felt goofy and didn’t really compare to our brilliant protagonists.

But it changed when Crocodile took over as an antagonist in Arabasta arc.

He posed a real threat to our heroes and the stakes suddenly touched the sky because of him. 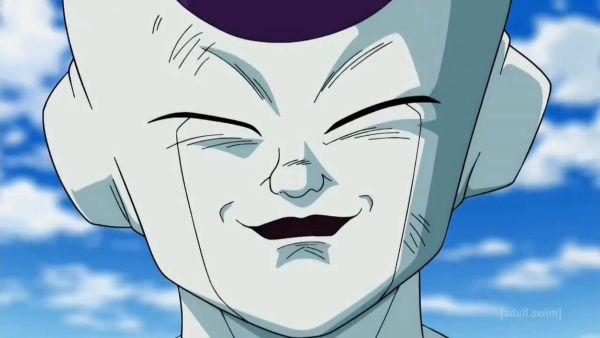 Frieza might have not been beloved by the fans in ’s original run time. That said, as the years went by, the nostalgia in people grew for Frieza.

So did their love.

Frieza while not being anything exceptional has served his purpose perfectly for some of the most iconic arcs in .

He is a perfect antagonist for a series like .

His teaming up with Goku was one of the greatest moments in ’s Tournament of Power arc.

Check Out: 18 Dragon Ball Super Quotes That Will Make You Laugh And Feel Nostalgic 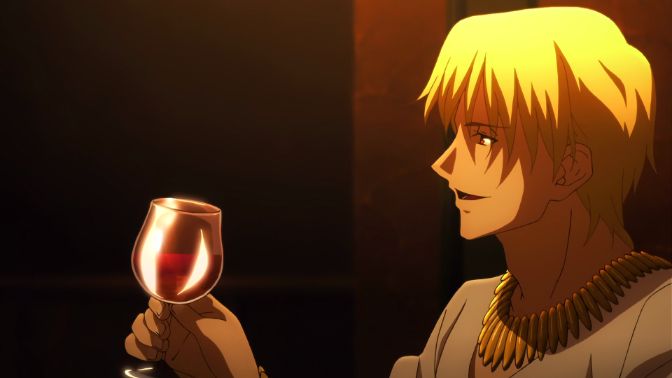 Gilgamesh is an arrogant & selfish hero antagonist. He is known as the “King of heroes”.

As you might be able to judge, he’s one of the most overpowered characters in the Fate verse.

In addition to that his character design is cool, making him one of the most popular characters in the Fate franchise. 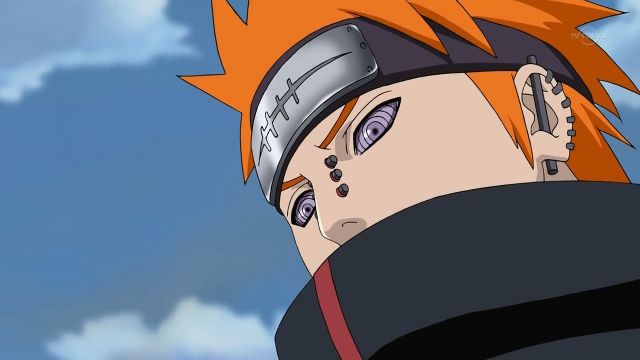 Pain is arguably the best-written villain in all of .

Pain always stood out among villain. He was able to present an ideology that left even the protagonist speechless.

The Pain invasion arc is considered the best arc in Shippuden by many.

It wouldn’t have been possible without Pain.

From his connection with Jiraiya to his “cycle of hatred” monologue. Everything about him was great. 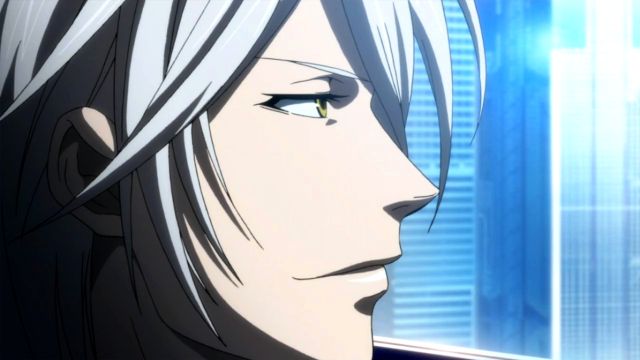 Shougo Makishima is the main antagonist of the first season (& the best season) of Psycho Pass.

He might not be as popular as other villains in this list but people who have watched the show consider him one of the greatest.

He is a highly intelligent criminal able to manipulate people.

One of his prevalent characteristics is to read & quote old literature pieces like Shakespeare, which makes him a quirky villain.

Check Out: 25 Of The Absolute Best Anime Girls With White Hair 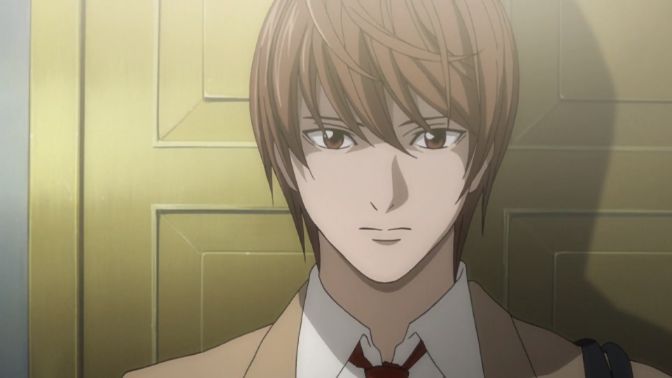 Light Yagami is the protagonist of . Many people might confuse him for a hero, granted he’s not an antagonist but he indeed is the villain of the show.

But this is the reason he is so beloved. He has a cult following both in & outside the .

His grey morality, his ideology of achieving absolute justice at any cost makes him an amazing character deserving of fan love.

Death Note (All-in-One Edition) Buy on Amazon
We earn a commission from Amazon & other affiliates if you make a purchase at no additional cost to you. 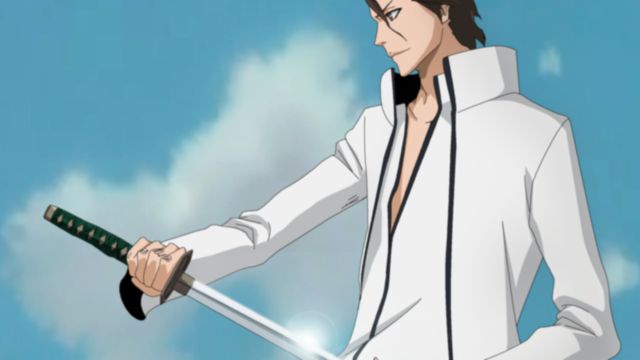 Bleach is filled with great characters. That said, most of the plot and conflict in the series happens because of the series’ main antagonist: Sōsuke Aizen.

Aizen is one of those badass characters who rarely let anything trouble them. Physically and mentally.

Aizen remained one step ahead of everyone in the show. On top of that his character design is also amazing. 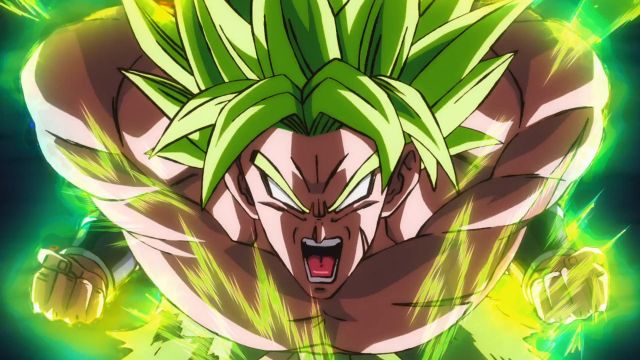 Broly deserves to be here because of the huge fan base he has sustained over the years.

There are 3 versions of Broly: 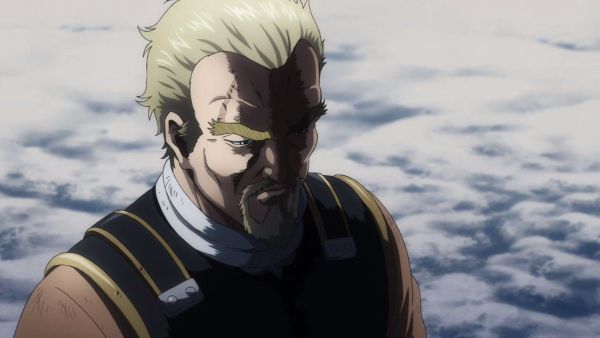 Askeladd is one of the best villains to come out in the last five years.

His role in the show makes him look like a protagonist sometimes.

Even though he killed the protagonist’s father, his character is redeemable because his relationship with Thorfinn (the protagonist) is amazingly written.

That said, the series doesn’t miss a chance to remind us how cruel & evil Askeladd is.

The moment Askeladd starts to appear as a good guy we get a scene of him looting and murdering innocent people.

All those things make Askeladd a very unique and great character. 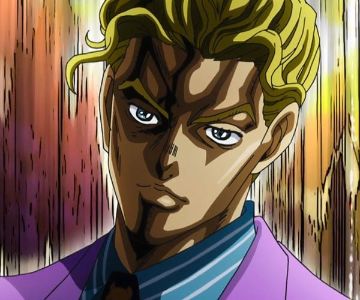 Yoshikage Kira stands out from other shonen villains because he’s a serial killer put into a bizarre world.

He doesn’t have any big goals of conquering the world nor does he have an ideology for changing the world.

His stand power is also one of the fan favourites.

Snce his character revolves around him wanting to have a peaceful life, him having the power of basically making blasts is an irony. 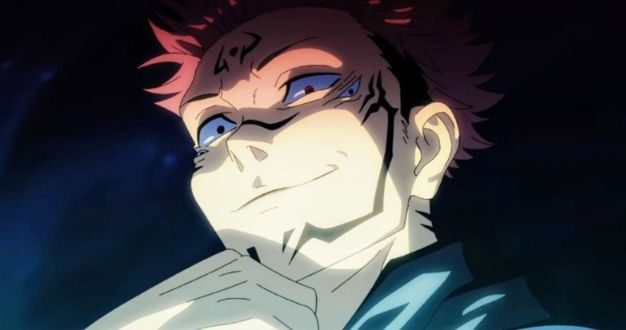 Sukuna is a cursed spirit known as the King of Curse. He was a human sorcerer, and other sorcerers gave their all to defeat him.

After his death he became a cursed spirit, but his curse was too strong for his body to be fully destroyed.

That’s why his remains reside in 20 indestructible fingers.

Due to Yuji Itadori (the protagonist) eating one of his cursed fingers, Sukuna has been reincarnated into Yuji.

Not only is he extremely badass but instead of just being an evil inner demon for the protagonist, he plays an active role in the story by having interesting dynamics with other characters.

Megumi Fushiguro is one example.

Read: 15 Anime Characters With The Most Pride And Self Respect 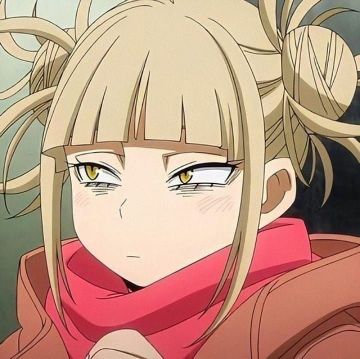 Toga might not be considered the best-written villain in but she’s one of the most loved.

The reason for her being popular is kind of the same reason as to why Harley Quinn is so well-liked, i.e. being psychotic and well… .

She also has some interesting psychological aspects to her character like her twisted sense of friendship.

Toga will continue to grow in popularity as we learn more about her past. 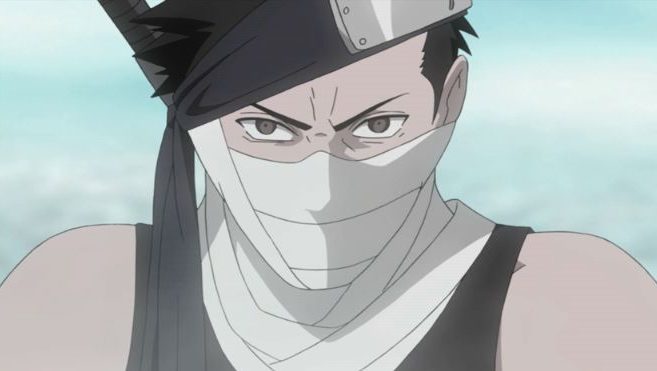 Land of Waves Arc is considered as one of the best first arcs in .

And one of those multidimensional characters in Zabuza.

Zabuza was introduced as a badass guy with a big sword. By the end he made us shed tears.

It’s amazing how a brilliant story was told in such a short amount of episodes.

We can’t forget to give credits to Haku because it was the relationship between Zabuza and Haku that made the arc top tier.

Relevant: These 21+ Anime Characters Have Some Of The Saddest Pasts 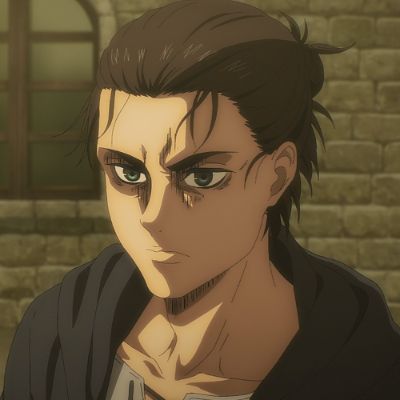 Similar to Light Yagami, Eren is a protagonist-villain but unlike Light, Eren’s character wasn’t always villainous.

The development he went from being a hero to what he’s now is crazy good.

That said, Eren being a villain is up to user interpretation because of the nature of Attack on Titan. i.e., no one in the show can be simply classified into good and bad.

Related: These 67+ Meaningful Quotes From Attack On Titan Will Hit You Hard 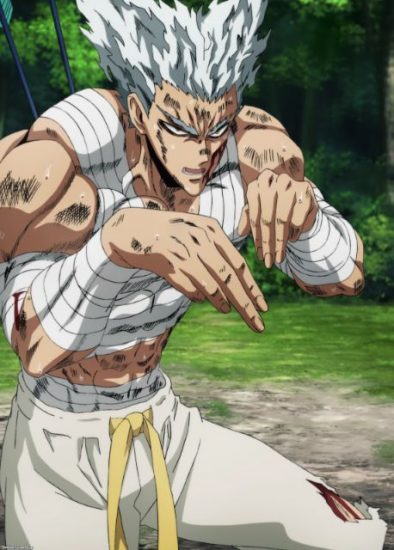 The introduction of Garou added a whole another layer to the story of One Punch Man. It went from just being a superhero parody show to having a serious storyline.

In some ways, Garou is the protagonist of the show because every time he’s on the screen we get to see things from his point of view.

This also helps us understand his character.

His back story is also great, his whole ideology about “villains always losing” is 4th wall breaking and extremely compelling. 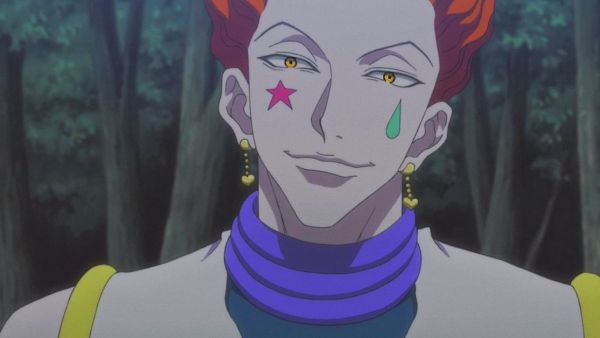 Hisoka is the most popular antagonist in . He even got more fans than the protagonist of the show Gon.

This is justified because Hisoka is one of the most unique villains you will see in all of fiction.

He doesn’t necessarily stop our main characters from achieving their goals but does whatever gives him pleasure no matter the cost.

Hisoka also serves as an ally to the main characters oftentimes which makes him even more likable.

Check Out: 23 Supporting Anime Characters More Popular Than The Protagonist 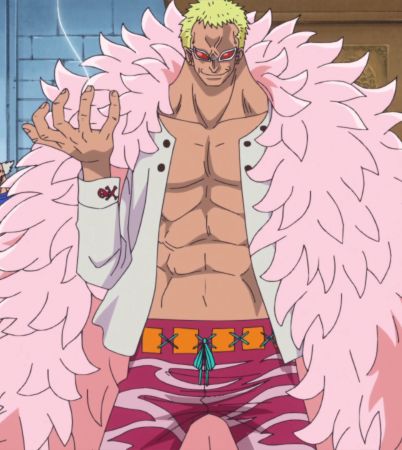 Doflamigo checks all the boxes needed for an awesome villain.

Like many characters in , Doflamingo was introduced at an early point of the story and always influenced the story.

His character’s full potential was unleashed in Dressrosa arc where he served as the main antagonist.

22+ Shonen Female Characters Who Break All The Stereotypes