The definition of mainstream, just so we’re clear:

“Mainstream is a term that usually refers to the common current of thought of the majority, meaning that “mainstream” things are those that are currently popular with most people.”

I want you to keep this in mind as you dive into this post.

I can’t count how many times people have “confused” what mainstream vs non mainstream is.

With that said – here are 15 I feel deserve MORE credit than they’re getting.

And probably ever will. 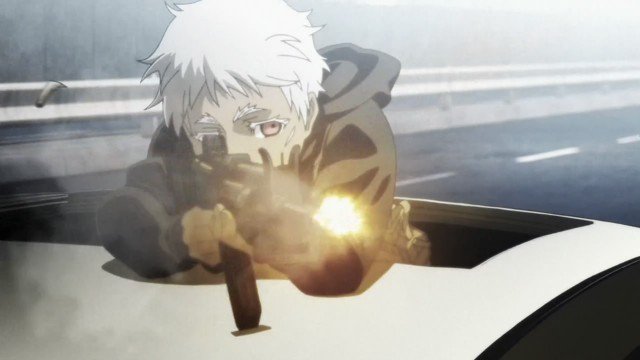 Jormungand is a realistic portrayal of how an arms dealer lives on a daily basis.

An arms dealer is someone who buys and sells weapons to drug lords, warlords and everything in between.

All over the world.

What you’ll love about Jormungand is the main character’s leadership role, her personality, and the dark, gritty life lessons sprinkled throughout the series.

It’s so underrated, and is produced by White Fox (same studio as Steins Gate and Re:Zero).

2. Guardian of The Sacred Spirit 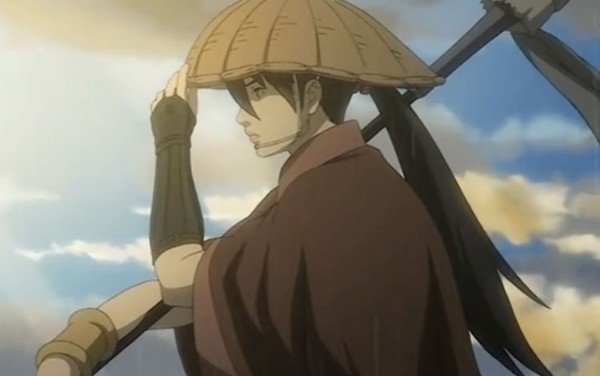 Balsa Yonsa, the main character is a body-guard. Given the duty to protect a young prince from his own people who are trying to kill him.

What follows after episode 1 is a mother-son-like relationship between Balsa and Chagum. Along with support characters who join the adventure.

If it’s action you want, a solid story, and some of the best chemistry you’ll see between characters, this is it.

The animation is also different to your usual series.

Related: 15 Of The Best Adventure Anime

3. My Bride Is A Mermaid 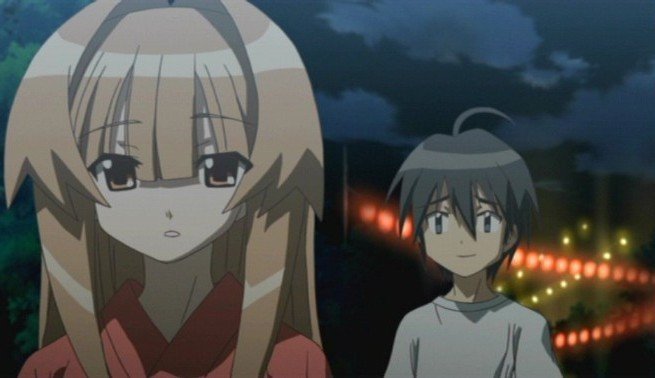 This will always be one of my favorite comedy/parody series ever made.

As you can tell, My Bride Is A Mermaid is a comedy with romance and some of the best parody seen in an show.

It’s on par with something like Gintama, only nowhere near as famous or popular.

You’ll appreciate the “relationship” between the main characters too. It’s somewhat realistic and relatable when it gets serious later into the series.

Kanon is a forgotten series by 2018 standards.

To me it feels like “the shadow” of Clannad. It’s more popular, famous older brother.

But even still, Kanon is a well-done series with its own unique flair and style.

One thing I appreciate most about Kanon is the lack of fan-service, and stronger focus on telling the story with meaningful side characters who pop up along the way. 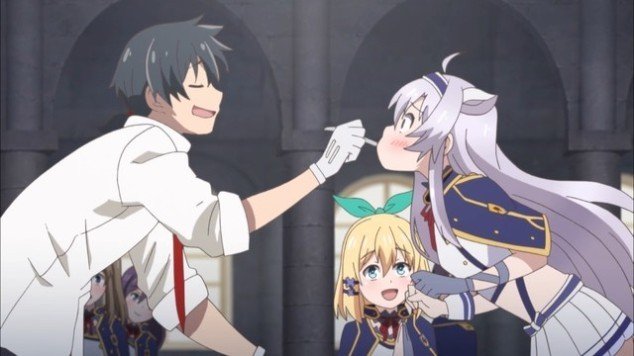 Akashic Records Of Bastard Magic Instructor… That’s the English name for this series.

It’s a bit of a mouthful.

Basically this is about a shut-in who gets the chance to teach magic with his unconventional style and wisdom.

And even though Glenn Radars (the MC) is sarcastic, laid back and easy-going, his past is a lot darker than it seems.

That’s all I’ll say without revealing too much and spoiling it before you get the chance to see it yourself. 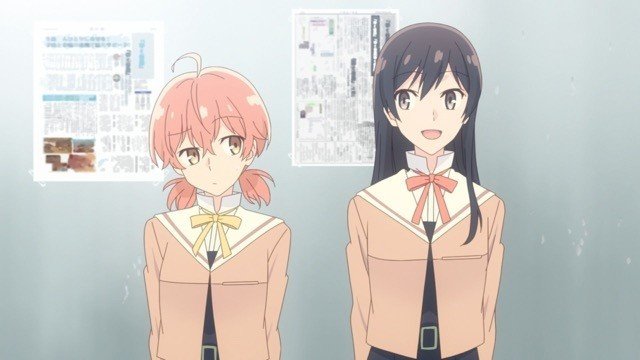 This series reminds me of Citrus… except it’s more classy and less trashy than Citrus ever was.

If “Yuri” is your thing then you’ll love the way Bloom Into You tells its story.

In fact – I’m not interested in Yuri and even I’m enjoying it.

I’ve never seen a Yuri show like this, and it’s just generally a laid back series to get into. 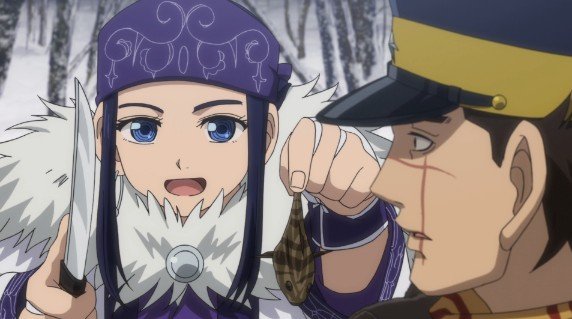 Golden Kamuy is about a bunch of soldiers on the hunt for gold that’s worth a fortune.

That’s the “basic” theme without spoiling too much for you.

Not only is the portrayal of Ainu on-point, you can tell the creator did his homework when producing this series.

It’s one of the running highlights throughout Golden Kamuy that makes the story so refreshing. Alongside the action, brutality and surprisingly good comedy. 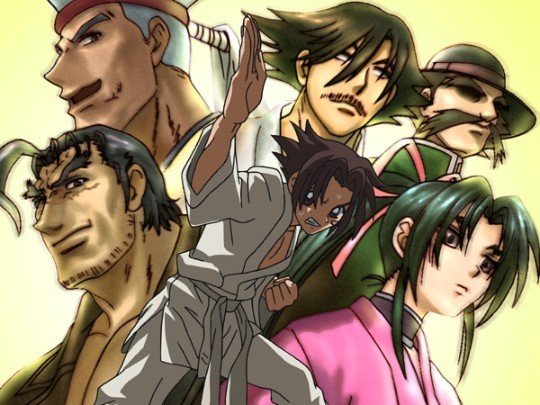 There are few martial arts shows. Almost none of them are famous or popular.

But I feel like Kenichi The Mightiest Disciple deserves so much more praise than it gets.

This will show you how to overcome bullying by training and working on yourself. And gaining enough confidence to not only stand up for yourself, but for other people who are in need.

And to top it all off – it’s a realistic series almost everyone can relate to in some way.

Related: 10 Educational Lessons You Can Learn From Anime 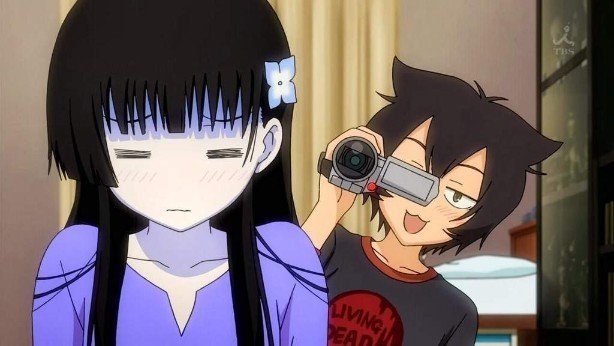 Sankarea is an Ecchi meets zombie series. With romance sitting in the middle of it.

The main protagonist, Chihiro, wants a zombie girlfriend because “normal” girls don’t do it for him.

And Rea – the other main character, is the daughter of a pervert who’s obsessed with taking naked photos of Rea.

It’s pretty messed up and hard to swallow. But if you can get through it, this is an interesting series unlike no you’ll ever see.

10. The Disastrous Life Of Saiki K 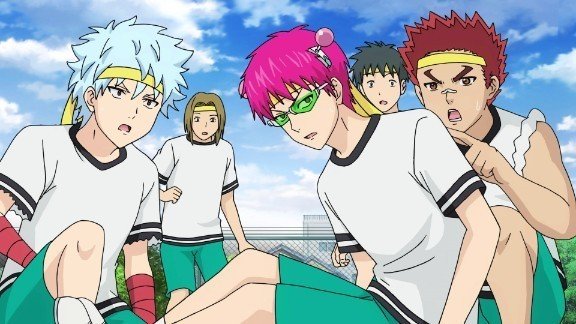 To me – The Disastrous Life Of Saiki K is the modern-day version of Gintama (or a similar comedy).

The main character is a psychic who like Saitama, isn’t excited by the fact he’s so insanely .

Kusuo Saiki just wants to be in the background and not be bothered by anyone. But the plot obviously makes a joke out of it, and the parodies are just priceless.

Easily one of my favorite comedy of all time. 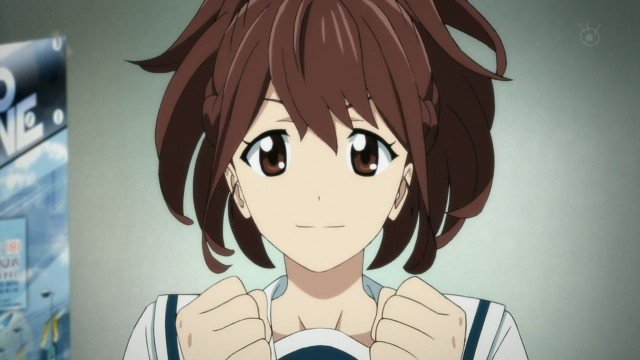 It draws you in and keeps you in the dark as to what’s happening or where the will take you. Only to later drop something BIG that covers the story in a dark cloud with an uncomfortable outcome.

That’s all I can say without spoiling it. I’d recommend it for Steins Gate fans. 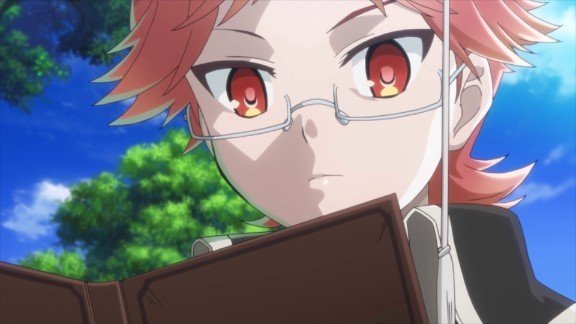 What happens if you take Assassination Classroom, and remove the supernatural elements?

You get The Royal Tutor. Minus the action.

Everything takes place inside a palace, where Heine Wittgenstein teaches 4 princes to prepare them to become king in the future.

This ends up teaching you how to build your confidence, communicate, become self-aware and better yourself as a human being.

And it does it all with a small touch of comedy to keep things interesting. 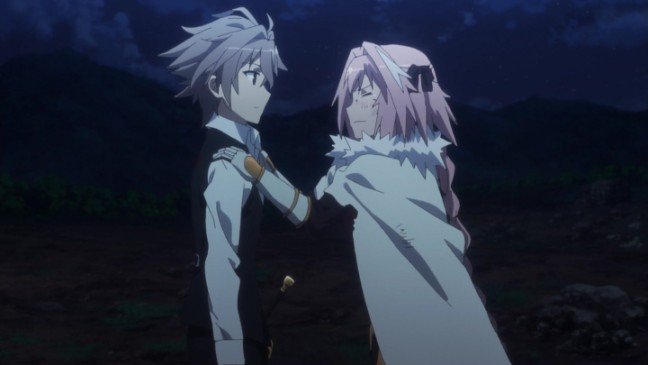 There’s something I’ve noticed with the Fate series. It’s as if the quality has been going downhill the more a new series is created.

The characters, the interesting approach they took with the main protagonist… It’s a magic series that deserves more credit.

It does start off slow and gradually kicks into gear the more you watch it.

So give it a try, and be patient while you’re at it! 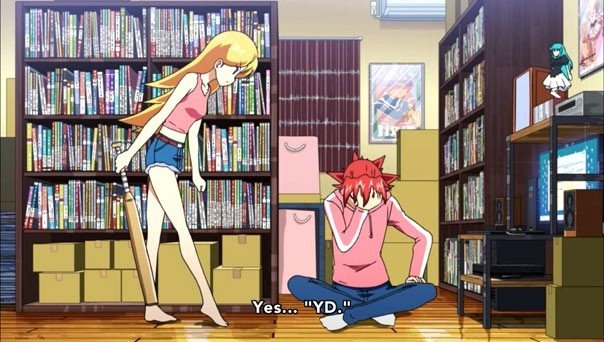 Denpa Kyoushi (The Ultimate Otaku Teacher) is another educational series, similar to Assassination Classroom and The Royal Tutor.

The main character is an Otaku, and unsurprisingly – the way he teaches relates back to gaming and playing video .

Which he uses to inspire his students and get them thinking in ways they never thought possible.

But it’s not all “education” – there’s comedy and even a tiny bit of romance too. 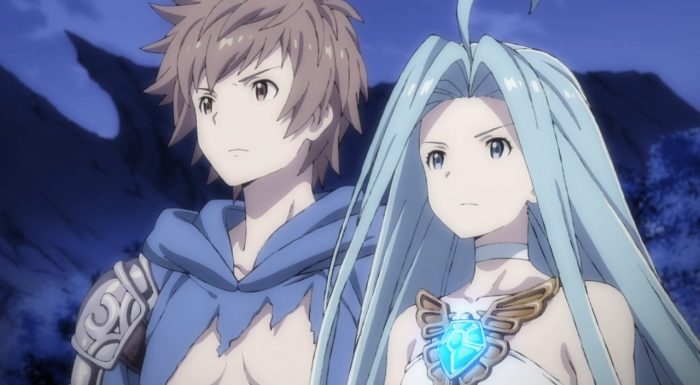 Granblue Fantasy is originally a video game for IOS and Android. Adapted into an series.

Similar to Guardian Of The Sacred Spirit, the adventures in Granblue Fantasy makes this shine. And the characters have a nice blend of chemistry and purpose that adds to the story.

If you end up enjoying it, there’s a season 2 expected to release sometime in 2019!

Related: The Ultimate List Of Anime TV Shows To Expect In 2019