Anime like South Park, there are many that fit the description. With some strong similarities.

South Park is a series I grew up on. The classic “oh my god they killed Kenny” is legendary.

The joke is I was much younger than the politically correct “age” to be watching it. But that’s more about maturity.

Lucky Star is an about Otaku’s. Konata Izumi being the main Otaku of the series.

She, and friends like Kagami go to events together. It’s in a slice of life format and highlights parts of Japanese culture.

There’s no way near the same amount of F bombs and what not in Lucky Star when comparing to South Park.

But…. The animation style, characters, and some of the humor does make this an relevant enough to transition into.

Made by Kyoto Animation.

Relevant: Why Kyoto Animation Is One Of The Most Innovative Studios

Good Luck Girl is about Ichiko Sakura, an arrogant, spoiled little sh*t who has her own butler.

He almost dies, and this takes Ichiko down the path of self improvement, unknowingly.

There’s more to it than just that though.

What happens in between is full of so called inappropriate humor and politically incorrect content.

You’re best off watching the DUB version since the jokes are better and more close to home. 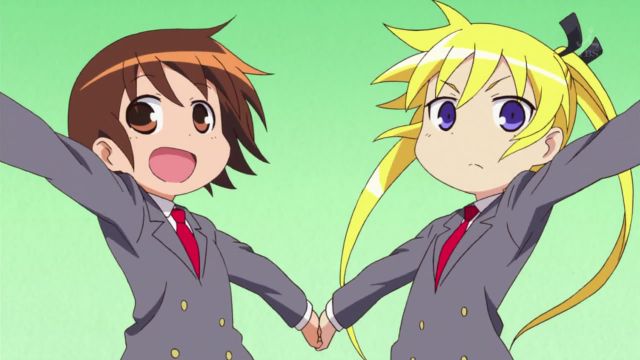 This is about Sonya, a girl who knows martial arts. Even to the point of it being a reflex.

She’s an assassin in secret.

And there’s her air-headed friend Yasuna who’s sometimes the rear end of the ’s jokes and humor.

The chibi style of art, the characters, and the things they get up is comparable to South Park. 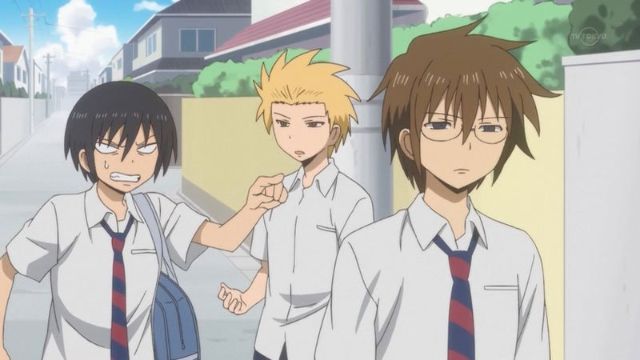 Daily Lives Of High School Boys is the GUY version of what you typically see with comedy series.

All the main characters are boys.

It’s a daily snapshot of all the dumb sh*t teenage boys get up to, whether stupid, outrageous,, ballsy or hilarious.

It’s all from the male perspective and deserves more shine than it gets.

Definitely a good to watch if you’re into South Park. 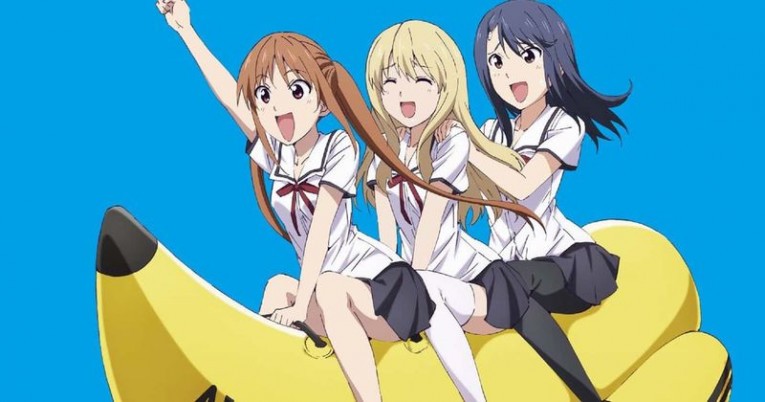 Aho Girl is about Yoshiko, a girl who loves Bananas and has a Banana stand.

She’s stupid and seems to lack common sense. To the embarrassment of some of her friends or people who know her.

Even kids can’t stand her stupidity.

Because of the extremism with the comedy, it’s the type of show you’ll end up loving or hating.

All depends on your perspective.

It does break some stereotypes and cliches, and isn’t what you’d call politically correct either.

Relevant: 16+ Funny Anime That Will Cheer You Up 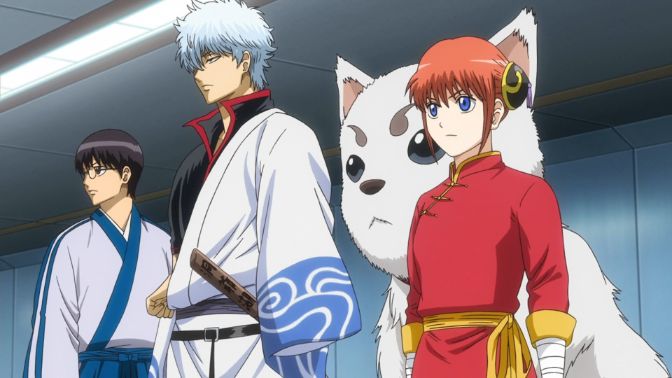 Gintama is a classic series that’s been running for well over a decade. And is one of the most successful comedy .

If you’re into comedy , it’s hard NOT to have heard of this series. Even if you haven’t watched it.

It’s about Gintoki, and other characters like Kagura. All of who are unconventional and break many cliches.

It has action and meaningful moments, not just tongue in cheek comedy or the type of humor that gets a reaction out of you. Seitokai Yakuindomo is about Tsuda, a student who starts at a new school that used to be an all girl school.

That’s the basis of the . Lewd jokes, tongue in cheek, and it manages to do it with almost zero fan service.

It’s approach to comedy is different because of how it manages to stay clean without being “Ecchi”.

South Park fans will enjoy this. Every episode brings something to the table. 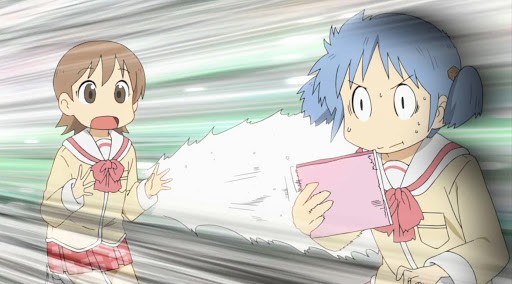 Nichijou is another crazy series with some of the wildest, most random, energetic comedy there is in the industry.

It’s about Mio, her friend, and a scientist girl. And all the shenanigans they all get up to in their lives.

It’s in a slice of life format.

From doing a suplex on a Deer, to capturing the smallest details of something mundane and making it funny… And the silliest facial expressions.

Nichijou is comedy on steroids. It’s somewhat of a classic by Kyoto Animation. 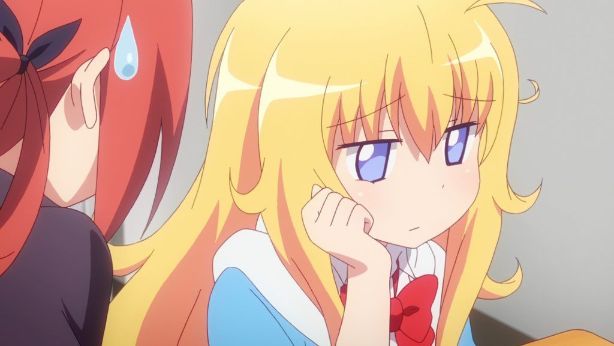 Gabriel Dropout is about Gabby, an angel who once she comes to earth starts acting lazy. And being more laid back.

It’s the fact she’s used to keeping up with appearances that she becomes lazy and plays a lot of video games.

There are other angels and even demons and this is how the comedy comes into play with with the comical plot.

Slightly more tame than others on this list, but comparable none the less. 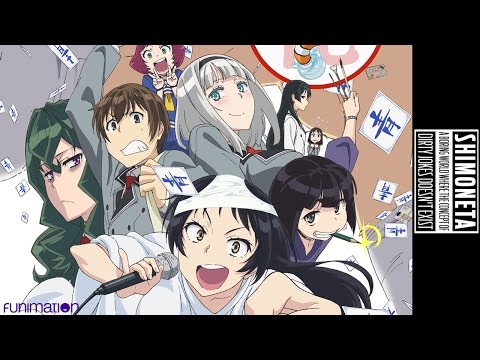 Shimoneta is basically Seitokai Yakuindomo, but taken to a new level of lewd and even Ecchi.

Fan service is to be expected here.

The is about Ayame Kajou, also called “blue snow” who’s branded a terrorist for sharing lewd pictures throughout the city.

The government and society has been dumbed down to think anything “lewd” is unclean, and will arrest anyone caught even making jokes about it.

If you can imagine an SJW driven society, Shimoneta is the definition of it. With political correctness gone mad.

The content and how far it’s willing to go should be right up your alley.

Post: Why “Woke” Culture Will Never Infect The Anime Industry 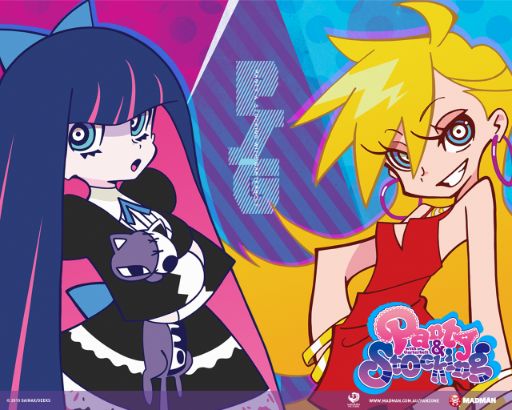 Panty And Stocking With Garterbelt is a wild series to say the least. Unapologetic with its language and themes.

It’s about 2 angels called Panty & Stocking. Both are kicked out of heaven for being disobedient.

With the help of a priest they earn their way back into heaven by killing Ghosts with panties and stockings as WEAPONS.

One being a gun, the other a sword.

The animation style and art is familiar for fans of American cartoons, despite being an .

The humor is as straightforward as you can get. 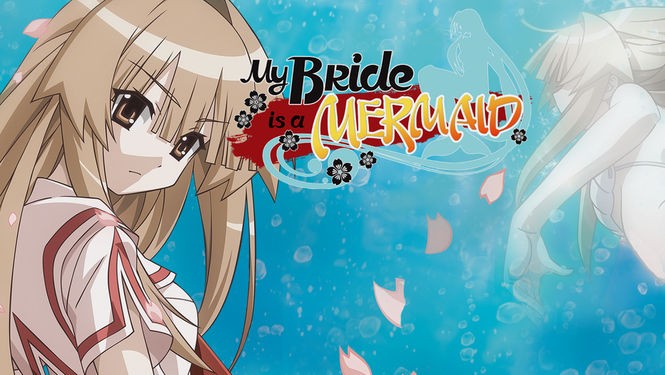 My Bride Is A Mermaid is like a female lead Gintama, but with tons of Yakuza members and an ordinary male MC.

Nagasumi Michishio almost drowns in the ocean but is saved by a mermaid. That mermaid is Sun Seto.

By Seto mermaid principles, if a mermaid comes into contact with a human, they’re killed off. So they get engaged to avoid that outcome.

What happens down the line is tongue in cheek humor, scenes that are intentionally out of context and made to look “lewd”.

Not to mention parodies of all kinds.