Anime airheads tend to be extroverts or ambiverts. Though that’s not to say they can’t be introverts at all.

They’re the type of people who are in their own world. And can come across as dense, slow, or so absent minded that they say things without realizing the power of what they’re saying.

Be it inappropriate, politically incorrect, or something that doesn’t fit the mood or is unexpected.

They say it without a care in the world. Or they’re gullible and easily fooled and swayed. 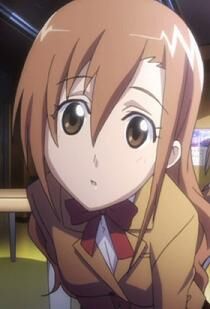 Aria Shichijou comes off as innocent, gentle, and too good to do any harm to anyone, or anything.

That’s part of her “airhead” persona.

And it’s true. She is gentle, and even easy going. But she blurts out a lot of sex jokes and is one of the main highlights of this in the anime.

She brings a easy going feel to the anime. And as a character, she’s more memorable than most. 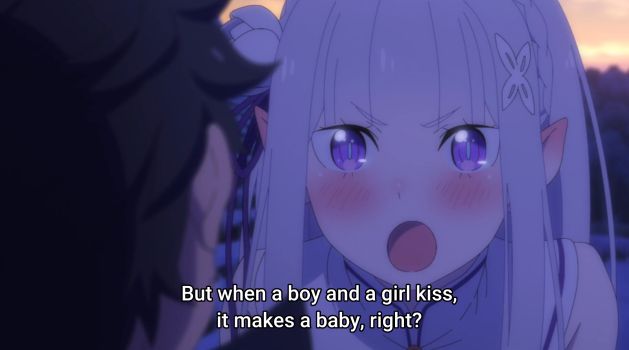 Emilia is too pure for her own good, and always has been from the very beginning of Re:Zero.

She’s gullible, and will believe anything she’s told if it’s a person she trusts, like Puck.

This is why she’s lead to believe “kissing” makes you pregnant.

She has the best intentions, and comes a long way in overcoming her drawbacks. 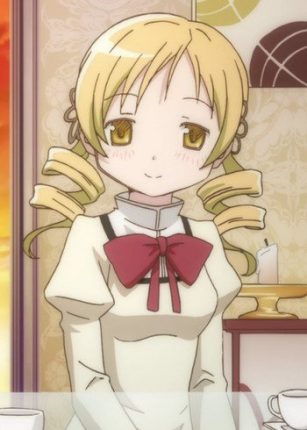 Truth is Mami Tomoe is anything but cliché. And stands out for her role in the series.

She’s a “Senpai” to the other magical , and is the one they initially talk to and get advice from.

In her own words, she’s not really strong. She just “acts” tough and suffers from loneliness in silence. 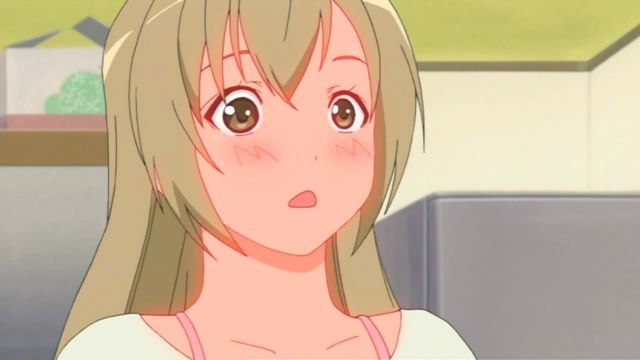 Haruka Minami is the oldest sister in Minami-Ke. Chiaki, the youngest sister, see’s Haruka as a “goddess” who can’t do no wrong.

As the oldest sister Haruka is the one taking care of things in the household. Food, cooking, chores, the whole lot.

She’s an important part of the Minami sisters lives, and is the anchor to the anime series.

Even if not the main source of the comedy. 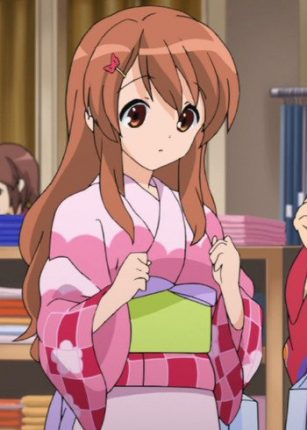 Mikuru Asahina is a nervous character who seems scared of trying or doing certain things. And is kinda bullied at first.

She’s not the most confident character when compared to others on this list.

Asahina though, like many airheads, is generally kind. Sometimes too kind for her own good.

She’s what you’d call pure of heart, and doesn’t seem to have an evil bone in her body. 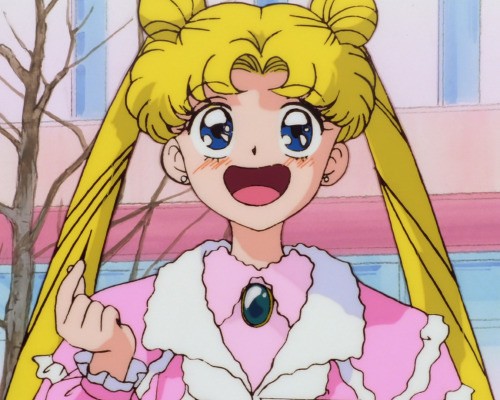 Usagi Tsukino, aka Sailor Moon, is the star of the show. And the center of the Sailor soldiers.

She’s blonde, has long hair, is air-headed, and is known for being clumsy as well. But is the purest of the group.

You could say Usagi Tsukino is the inspiration for a lot of modern air-headed anime .

Sailor Moon is a after all. 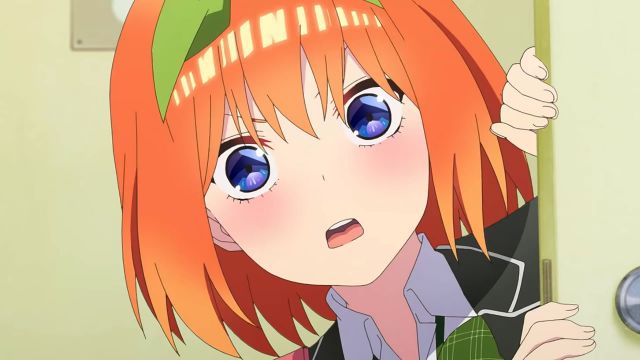 Yotsuba Nakano is one of the 5 twin sisters. Her personality is more upbeat, jolly, and genuine than the other sisters.

It’s not often she doesn’t say what’s on her mind, it’s just when she does it’s with pure intent and never malicious.

Of all the sisters she’s the most air-headed, and . But the most easy going and easiest to talk to. 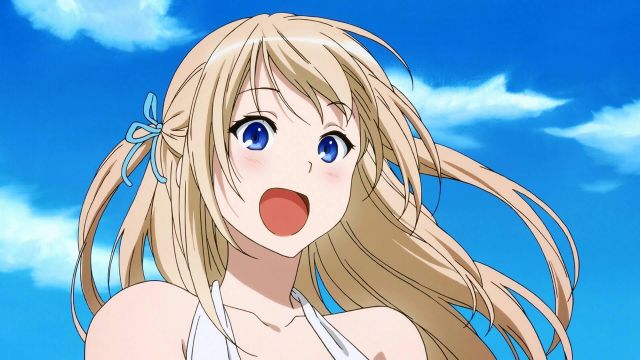 Sylphy is a nut job when comparing to other characters in Amagi Brilliant Park.

If you can imagine an extrovert at the highest level, she’d be close to it.

Sylphy’s got a good sense of humor and doesn’t take things too seriously. And that plays into the anime’s comedy.

She’s one of the most entertaining characters. 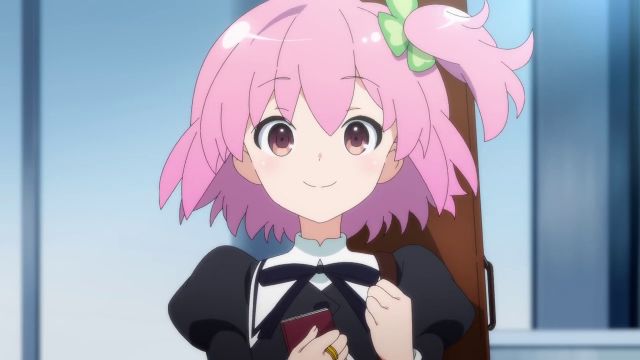 Riri Hitotsuyanagi might be air-headed, but she’s sharp and intuitive at the same time.

This is partly shown In the first episode she narrowly avoids being run over by a car when crossing the road.

Most of the time she’s stuck in her own world but her energy and charisma is what draws people to her. 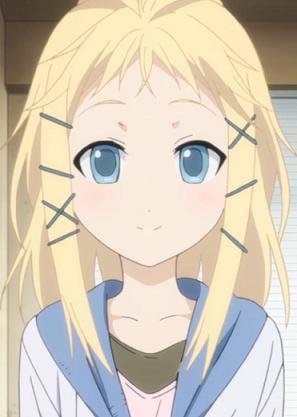 Tina Sprout is an airhead, but one who’s also an introvert. Making her unique on this list of characters.

She enjoys spending time by herself, and is independent minded enough to do so. Not the kind of person who always needs their hand held.

Because she’s so , you have to be direct with her or it’ll go through one ear and out the other. 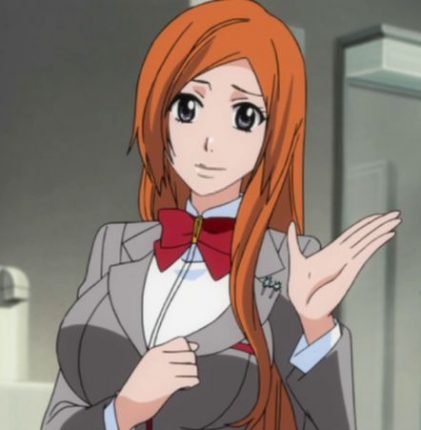 Orihime Inoue is famous and doesn’t need much of an intro. She’s hated by many in the community.

And loved by some.

Not my favorite character for how she was portrayed, but she’s the kindest character in .

She’s the type who will put others before herself, and is comfortable in dealing with the consequences of those actions.

That’s the type of person she is, and it’s her stand out trait. 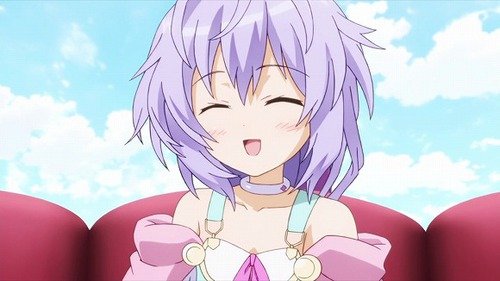 Plutia has 2 forms, just like other characters in Hyperdimension Neptunia. “Plutia” is her regular form.

In this form she’s more air-headed, lazy, laid back, and too absent minded to care about the small details.

Of all the characters in Hyperdimension Neptunia, Plutia is one of the more unique ones. And even strange.

But in a good way. 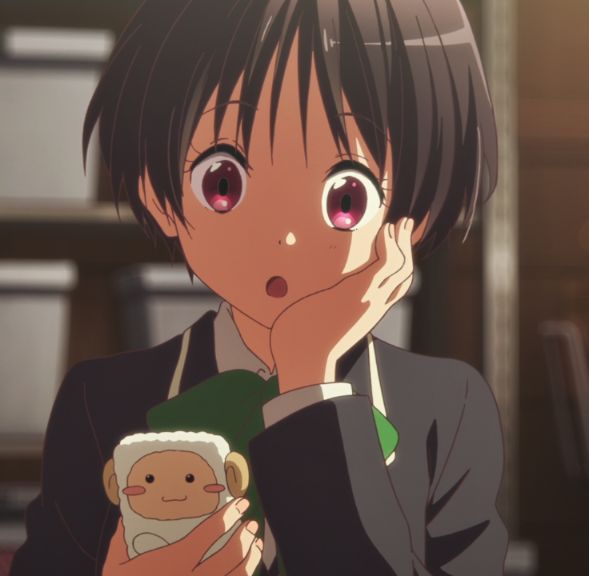 Kumin Tsuyuri likes to sleep a lot. Or more like taking naps. That’s one running gag of this anime series.

When she’s awake she’s too absent minded to worry about small details, or ordinary things people worry about.

That speaks to how laid back, easy going, and care free she is. And also to how she see’s life.

The type to only worry when it’s necessary. 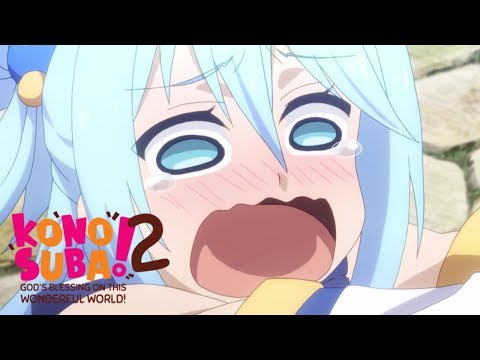 Can you name more airheads in anime?

16+ Of The Best Anime Characters Who Are Klutz (Clumsy)

15+ Weird But Powerful Anime Weapons That Are Unforgettable