ships that never set sail are a common occurrence in so many shows.

Often it’s the underrated character who doesn’t get the credit they deserve. Or isn’t paired up even though they have GREAT chemistry with the protagonist.

But not all are as stellar as that.

Anyway, let’s talk about it. 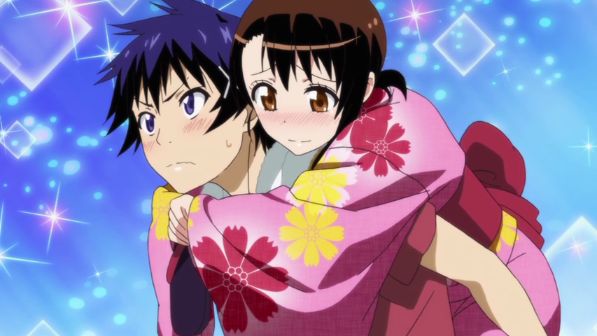 Kosaki Onodera is one character who will never see the light of day when it comes to ships.

She’s the type of character who’s:

Some of these traits describe her character. Her anxiety never allows her to approach Ichijou and tell him about her feelings outright.

And besides – the itself starts to steer things in a different direction. And Chitoge Kirisaki, the cliche blonde is the one who takes the cake.

At least that’s how it’s likely to play out.

Related: 20+ Innocent And Pure Anime Characters Who Will Soothe Your Soul 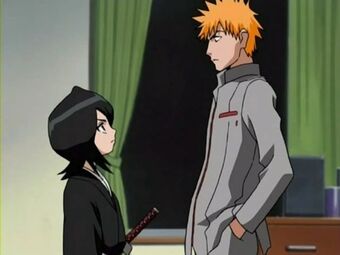 Rukia Kuchiki is one of the greatest female characters of all time.

I don’t care what anyone says.

She’s the definition of a female character done right in shonen. Especially compared to ‘s mistake.

Rukia’s also one of the characters who isn’t used for fan service, and is built up in a way where she’s relatable and real.

These qualities leak into her chemistry and relationship with Ichigo Kurosaki. And their bond throughout Bleach.

For whatever reason though, Tite Kubo lead the story in a new direction. And paired Renji with Rukia and Ichigo with Orihime.

So the deal is sealed and the ship’s fate is written in stone.

Related: 10 Of My BEST Anime Characters From Bleach (Who’s Your Favorite?)

Hasuki ends up in a similar scenario as Kosaki Onodera in Nisekoi. But not quite the same.

Inuzuka and Hasuki have been friends from the beginning, and have known each other for ages.

She never confesses her feelings though. Not until she’s forced to when Inuzuka indirectly pushes her into a corner.

Given the context of their relationship it would have made sense. But the “blonde” character takes the crown yet again.

Relevant: 34 Of The Best Anime Waifu’s You’d Get Down On One Knee For 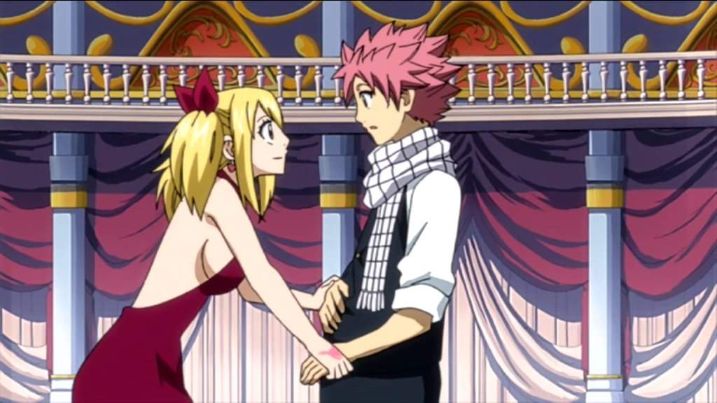 Natsu and Lucy is probably one of the most famous ships of all time.

Both are clearly meant for each other and have a bond like few others in . That’s what makes it special.

From there, the relationship between both characters starts to build. And some subtle hints are dropped throughout the .

Originally before Lucy came into the picture, Lisanna and Natsu were meant to be together.

Both Lisanna and Natsu even pretend to be “wife and husband” as kids. Lisanna’s disappearance changed that.

Even with that, Natsu and Lucy STILL never come to a real conclusion because the author seems to have avoided it.

Related: Should Natsu Be With Lucy Or Lisanna In Fairy Tail? 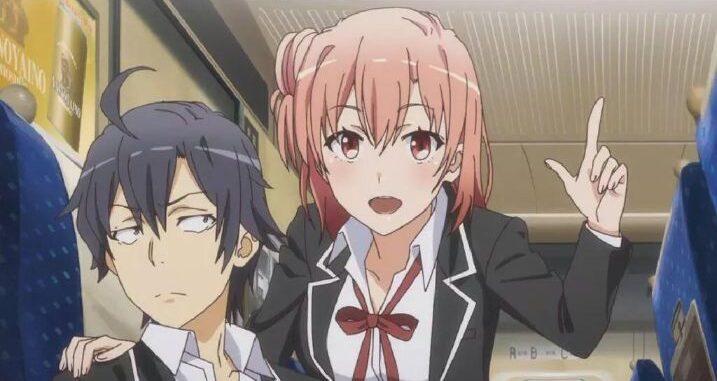 Yuigahama and Hachiman is another popular ship, but not on the level of .

In the beginning of Oregairu there never was a “ship” of sorts. But as the progresses, things change.

Yukonoshita is reluctant, which fits her introverted nature. Yuigahama is the extrovert so it was more obvious.

After season 3 released, this became crystal clear. Since Yukinoshita is the one who came out on top with Hachiman (no pun intended).

Out of all ships, this one was the most logical. 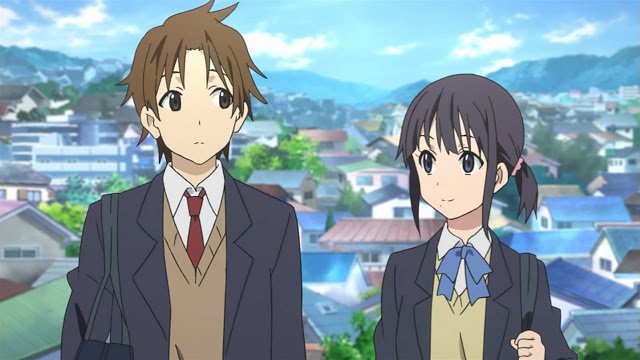 This is quite an old ship by 2020 standards, but still worth saying.

Iori Nagase was the girl Taichi was into. For a good portion of the and especially in the beginning.

The problem is Iori is having an identity crisis, on top of the madness and stress all characters have to deal with.

She rejects Taichi, despite their relationship and bond. And Inaba (the Tsundere) later takes the crown and they end up together.

Relevant: 9 Of The BEST Motivational Anime You Need To Consider 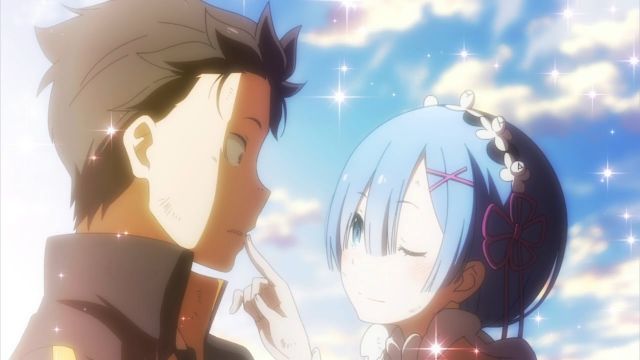 This ship can be compared to Natsu and Lucy in terms of popularity. It’s insane.

Subaru’s destined for Emilia at the very least. He’s had his eyes set on Emilia from episode 1. She was the first character he bonded with.

All of Subaru’s actions in some way go back to Emilia. It’s his driving force and motivation.

The unlikely relationship building that happened with Rem, while sensible, will never come to fruition though.

Judging from the confession in season 1 all the way up to season 2, it’s clear this ship will never set sail. 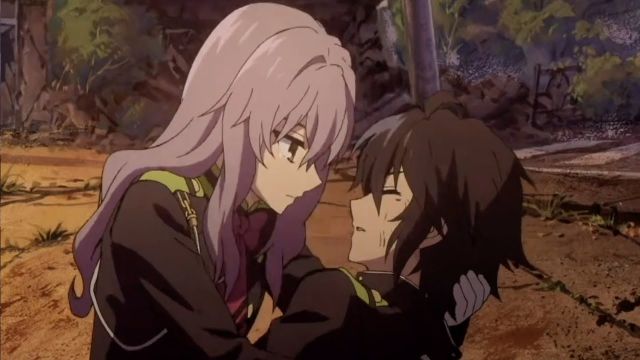 Shinoa Hiiragi and Yuu (Yuichiro) is an interesting pairing. It’s the only one that makes real sense in Owari No Seraph.

In the beginning there’s clearly no interest between both characters. Shinoa just loves to tease Yuu because he’s easy to piss off.

Shinoa has a playful and sarcastic personality as well so it’s nothing more than that.

Later though, Shinoa starts to develop feelings for Yuichiro. But he’s oblivious to it.

Even readers don’t believe the ship will sail, so it’s likely this will be a unrequited love type of situation.

Yui Kiriyama has known Yoshiharu for a long time. And she’s rejected his confessions more than once.

There’s a good, deep reason for this. But it’s a massive spoiler and relates to Yui’s perception of Men.

As the ‘s plot thickens and progress is made, Yui Kiriyama is open to being “official” sometime later in life.

Yoshiharu has no issue with this.

Problem is, the was cancelled so no more material will ever be made. So for now it’s over.

Rin Okumura and Shiemi get familiar at some point in the beginning of the series.

Shiemi loves flowers and gardens, and that’s how they end up meeting.

She’s a kind soul and considers the feelings of others. And has a lot of empathy in spite of her experiences.

Rin, while rough around the edges, does have a softer side.

Problem is, Shiemi puts Okumura in the “friendzone” at the end of the . So it’ll be a rocky road from this point. 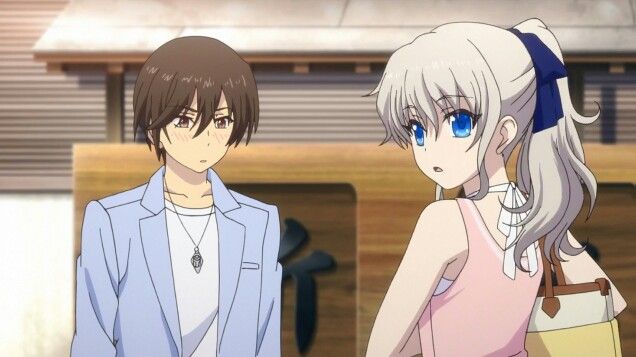 Charlotte is an underrated series. The power system is one of the best, simplest, and realistic.

Yuu Otosaka is a guy who’s humbled after meeting Nao Tomori, and he puts his past of “cheating” and misusing his powers behind him.

Both of them end up becoming a good pair as far as chemistry. But the is only short.

The chance of this going further is small, and so it’s likely we’ll never see anything beyond the last two episodes. 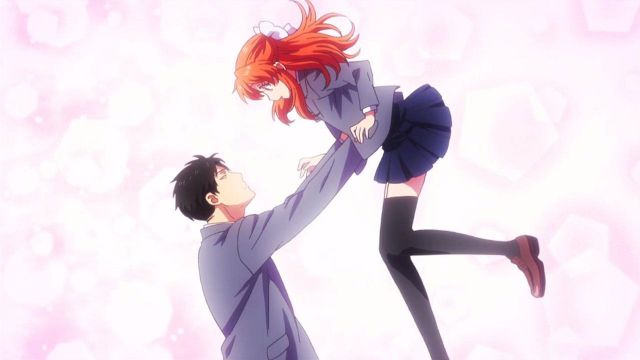 Chiyo Sakura points out an ironic but brutal truth: she asks out the boy she likes, and he gives her an autograph in return.

That “boy” is Nozaki Kun, a artist. And one half of the main characters.

Nozaki Kun is the type of where romantic misunderstandings and comedy is at the center of the story.

Romance isn’t really the ‘s focus. But still, even with the obvious hints, there’s never gonna be a ship sailing from this series. 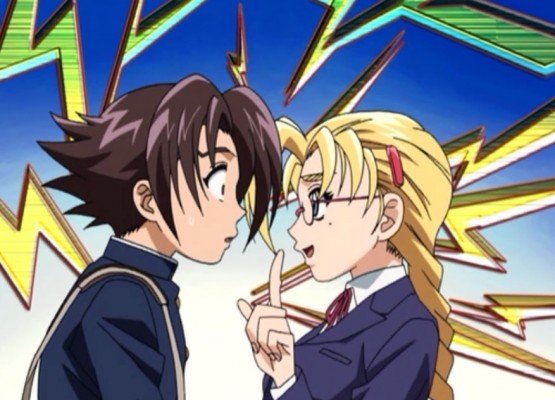 Kenichi The Mightiest Disciple is an old school series. And it has some of the best material done by a shonen.

“Weak knees Kenichi” is bullied in school. But learns martial arts and becomes stronger because he meets Miu Furinji.

Not surprisingly, he falls for the girl. But she either pretends to not notice or avoids the conversation.

Even after 50+ episodes the ship doesn’t become anymore official. And it’ll never set sail at this point.

Related: 21+ Anime Shows That Can Motivate You To Live Better (According To Reddit) 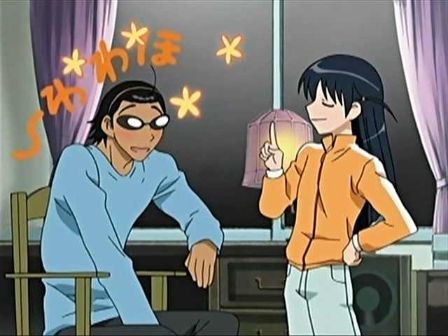 School Rumble is another old school , and one of the most original for comedy and rom com.

Kenji is a delinquent, but he sets out on a path to change his ways and become a better person. Similar to Great Teacher Onizuka.

Harima is a artist, and he pursues this dream. Romantically, he loves Tenma. And the reason goes deep.

Tenma never acknowledges his love not because she doesn’t care, but because she’s too airheaded and oblivious.

Plus Kenji never makes it blatant by being direct with her. The ship will likely never see the light of day.

What other ships can you think of?