Anime traps are a common and running joke that everyone knows about by now. And if not, you’re in for a surprise.

You tend to see anime traps in shows like:

But they can show up anywhere the author or writer decides to include them. They can even be protagonists, not just side characters.

Traps by their nature look like the opposite gender but never turn out to be. And are crossdressers by nature.

Here’s a list of anime traps who deserve all the credit they get! 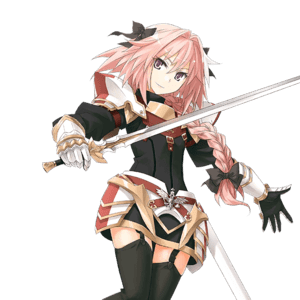 It’s only right to include Rider Of Black to start off this post. He’s one of the most popular. Fate is a popular franchise after all.

In the anime: Fate Apocrypha, Rider of Black is of the rider class. And represents one of the 12 paladins of Charlemagne.

Just like the real historical figure, Astolfo is a “pretty boy” and the prettiest of all 12.

The TRAP reveal in this anime is savage compared to most. 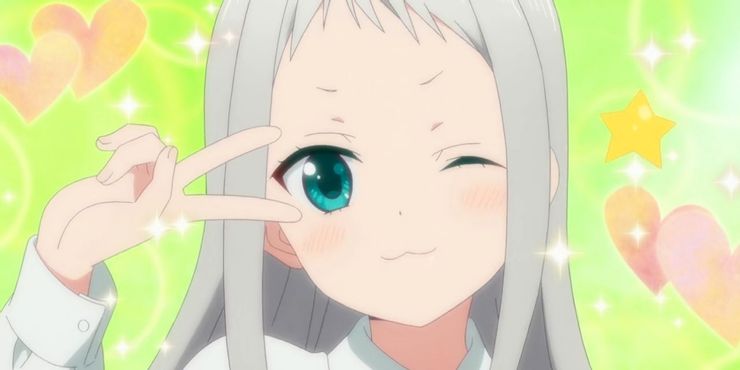 Hideri Kanzaki is the type of anime character who’s smug as f*ck, and understands the art of sarcasm.

Sometimes he comes across as being full of himself and overly confident, and his story has some strong relevance to the trap theme.

That makes him different to most of these characters since Hideri’s appearance is intentional on his part. 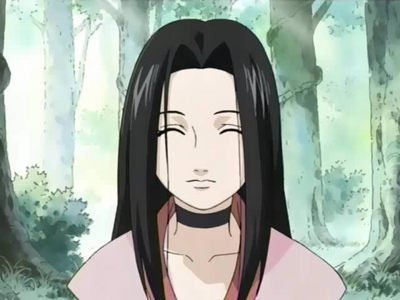 Haku is one of the most traps the anime industry has introduced. Naruto aired in the early 2000’s at the end of the day.

He’s deceptively attractive, and looks more like the opposite gender than most traps can admit to.

It’s not even intentional.

The word “trap” wasn’t even popular back then. 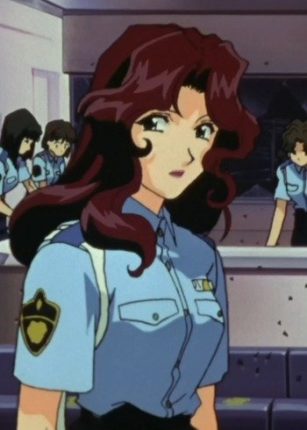 Aoi Futaba is an original trap most fans won’t know about. The anime You’re Under Arrest is from the late 80’s and early 90’s.

Out of the Tokyo police force in this anime, Aoi is the one who like Hideri, chooses to “change” his look. And he uses it to his advantage when dealing with criminals.

On the average day, Aoi is a laid back-ish character who’s not at all violent or aggressive as a person.

Related: 13+ Old School Anime You Should Add To Your Watch List 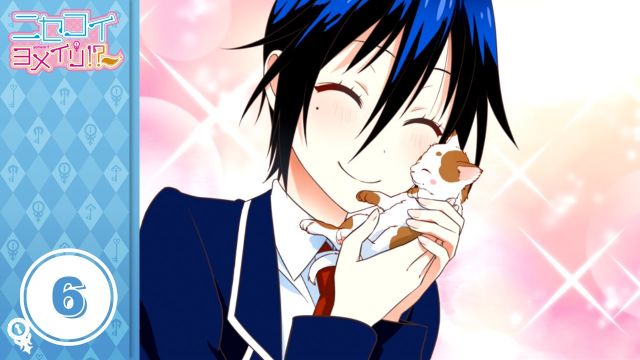 Seishirou Tsugumi is a surprising trap who shows up later in Nisekoi. An anime made by studio SHAFT.

She dresses like a boy from top to bottom, but there’s a deeper reason as to why that’s the case.

It’s related to her insecurities.

Suit and tie is her usual dress code and it’s not often that changes in the anime.

Relevant: Looking For Anime Girls With Short Hair? Here Are 27+ Of The BEST! 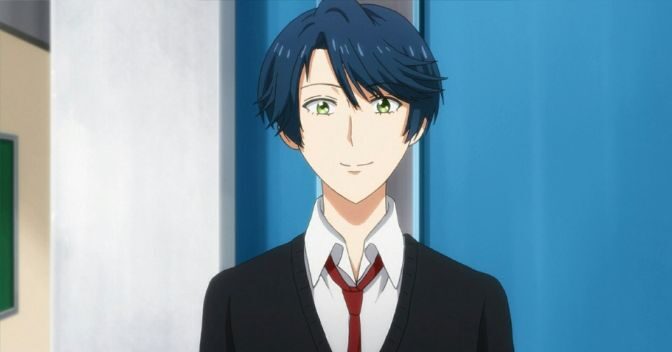 Yuu is tall, thin, has short hair, gentle, and treat her like she’s their knight in shining armor. Because they’re reminded of a prince based on how she looks. 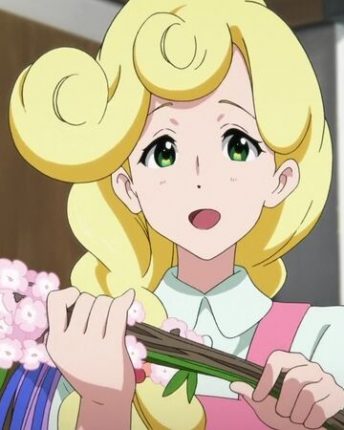 Kaoru Hanase is one of the shop keepers in the town of Tamako Market. And one of the characters in the anime’s opening intro.

He’s the kind of trap that feels different because it’s easier to overlook. After all – this element isn’t the point of focus and never is in Tamako Market.

He’s seen talking to Tamako a lot whenever she’s around.

Related: A Collection Of The Best Quotes From Tamako Market For Anime Fans 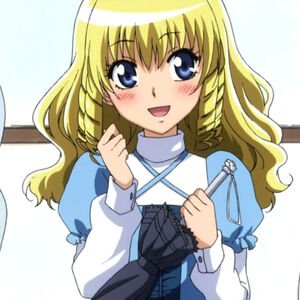 Aoi Hyoudou is one of the workers in the maid cafe of Maid Sama. Working alongside Misaki Ayuzawa, the MC, and other support characters.

Hyoudou is the type of character who loves being noticeed. Attention is important and he makes himself the center of it.

His appearance speaks to his own interest in “cute” things, and that reflects in his work.

9. Albus (The Grimoire Of Zero) 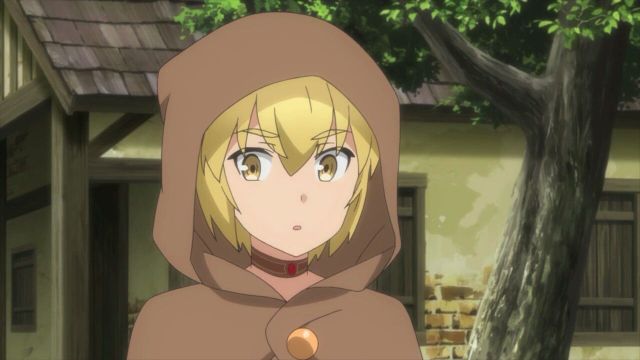 Albus is a trap who’s female but looks like a boy. But she never goes out of her way to admit it, say it out loud or make a big deal of it.

Not because Albus is embarrassed or hates her traits, but because the anime doesn’t give it too much attention like others.

Albus has her heart in the right place and you can see that through her actions in the plot. 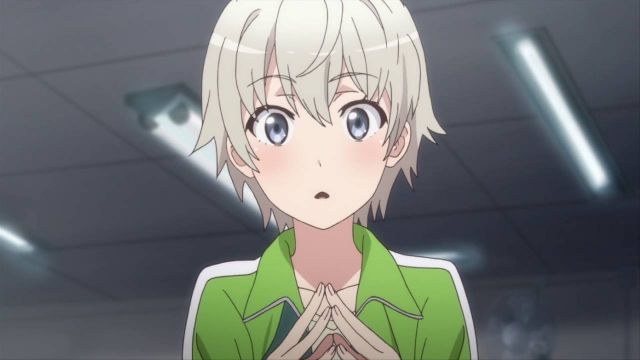 Saika Totsuka is a famous trap from the Oregairu series. Who makes more of an appearance in the earlier seasons.

Hachiman, the main character is so lost for words he feels attracted to Totsuka, until he realizes Totsuka is a boy.

He’s a less relevant part of the series but shows up for comedic effect. 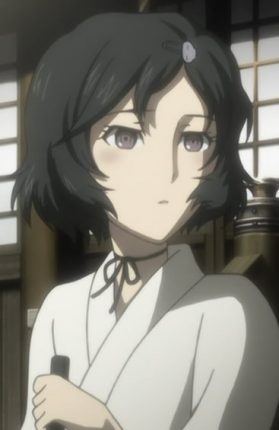 Ruka Urushibara is so deceiving, Kurisu Makise can barely pick her jaw up off the floor when she realizes Ruka is a boy.

Ruka doesn’t take it any way in particular, and in fact is laid back about it and not overly dramatic… Like some trap characters.

She’s a more relevant part of the anime compared to others who aren’t protagonists.

Relevant: The Most Memorable Quotes From Steins Gate That Will Make You Think 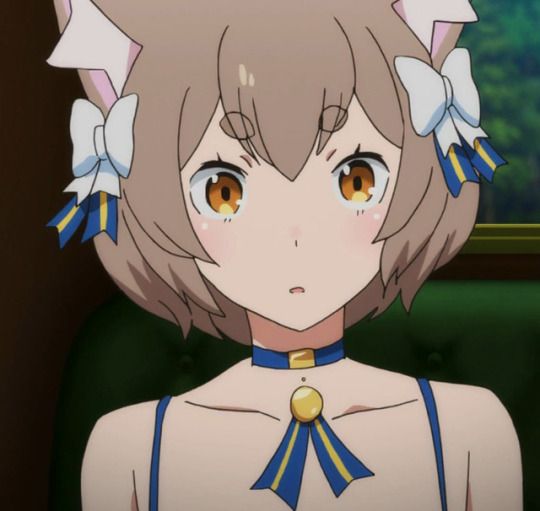 Felix from Re:Zero is a little like Hideri from Blend S. Playful, smug as F, sarcastic and loves to tease others.

Subaru can’t believe his eyes when he realizes the truth of the situation, and Felix laughs the whole thing off.

Felix is more powerful than appearances will lead you to believe, but not he’s not OP or anything like that.

I know this is mostly a joke but let’s keep it real – when season 2 happened, ithe “trap” card was well played.

Kirito decides to lie to Sinon, claiming he’s a girl. And his long hair avatar makes him so believable.

Until Sinon realizes she’s been had, and then Kirito gets the slap of his life and that’s the end of that .

Anime Gender Equality –  Is This REALLY An Issue?

The History Of Anime Traps, And How The Trend Began