Ochako Uraraka is one of my best characters in . Or at least I felt that way from the first season.

Of all the female anime characters, she’s not the one being used for fan service when it comes around, and as a character she has no equal.

I feel like overtime some of Ochako’s potential is wasted to a certain degree. There’s more juice that could have been squeezed out of the lemon if you get me.

Anyway – let’s get into this sh*t. 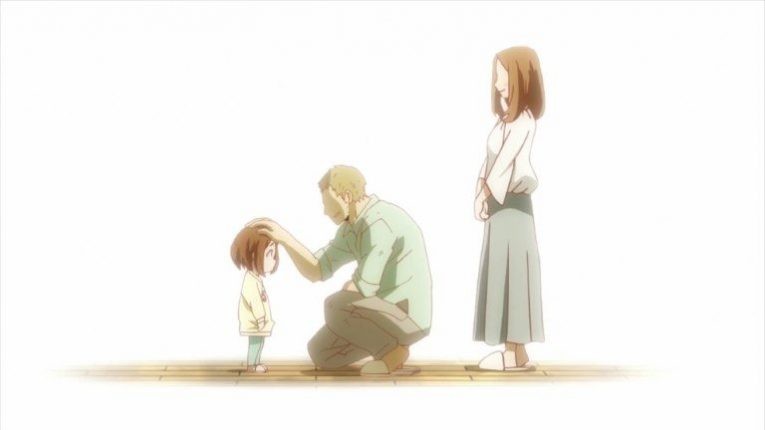 To get into Ochako’s character we have to start with her backstory.

Ochako Uraraka doesn’t come from a wealthy family. They’re getting along “ok” but not great, financially.

The family’s construction business isn’t doing too well. But more tha anything – Ochako’s parents want her to achieve her dreams.

That’s the best thing she can do for them as her parents.

This plays into the ‘s main story when Ochako makes her first appearance in season 1, episode 3.

After meeting Deku and Tenya for the first time, they all talk about their goals. And why they wanna join the hero association.

Deku’s reasons revolve around All Might, we get that.

Tenya’s family’s been part of the hero association for ages, so he’s expected to live up to it. It’s a requirement.

But Ochako? She’s different to almost everyone in class 1-A. 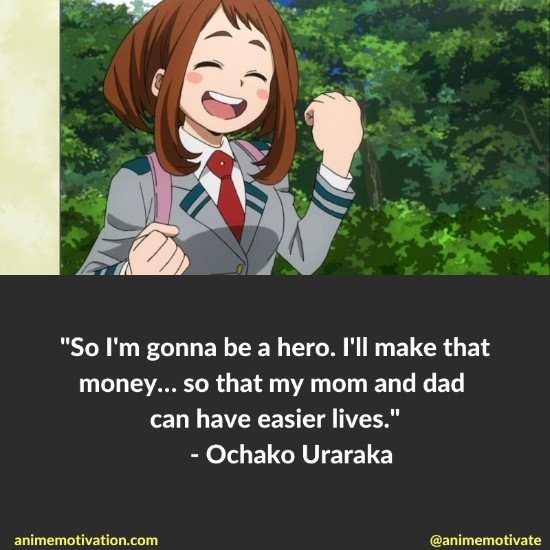 “So I’m gonna be a hero. I’ll make that … so that my mom and dad can have easier lives.” – Ochako Uraraka

This is the quote from the when Ochako shares her goals with Tenya and Deku.

Her goal is to make enough so her parents don’t have to struggle, and they can live easy lives.

This has been her intention from the beginning when she was a kid. And she’s had that goal ever since childhood. 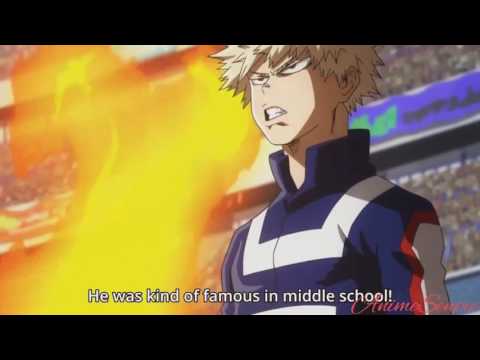 More than any other scene in , Ochako’s fight with Bakugo shows off her determination.

When she said her goal is to make a lot of so she can support her family and help others, she MEANT it.

This fight against Bakugo, one of the strongest characters at that time, highlights this inner drive.

She tries her best despite the amount of people doubting “just” because she’s a girl. And even Bakugo acknowledges her as a fighter, which is why he refuses to hold back. 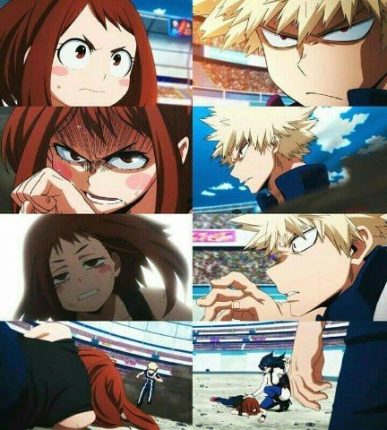 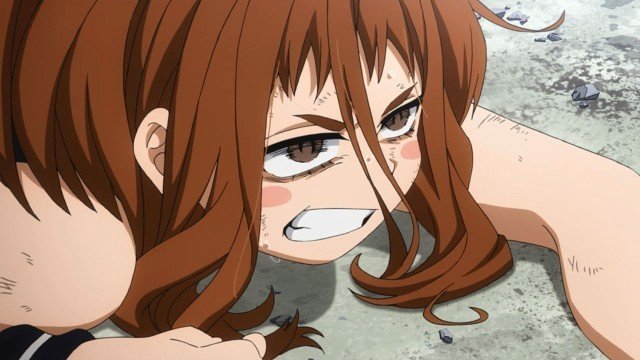 We see Ochako pull out some creative tactics to finish off Bakugo in the end. And even before she’s defeated – she’s carefully anaylzing and coming up with a strategy.

It’ snot just one of the greatest fights in the series, but one of Ochako’s greatest moments that highlight her potential.

A potential that’s driven by her respectable goal of helping her family, financially.

But Ochako’s relevance takes a back seat after S2 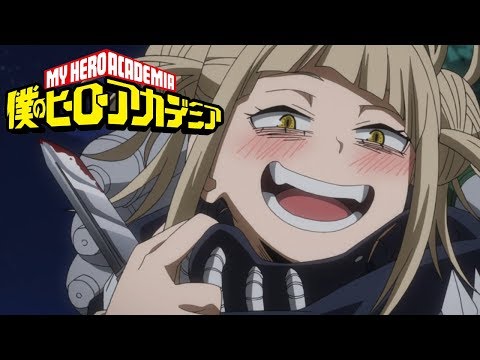 The only highlight that’s really worth mentioning after S2 is Ochako vs Toga.

Everyone beforehand is off training during the internship, and gaining new skills and learning new ways to use their quirks. Or in Ochako’s case – martial arts.

Her motivation to learn this was her past fight with Bakugo. Martial arts and knowing how to fight better gives her an advantage. 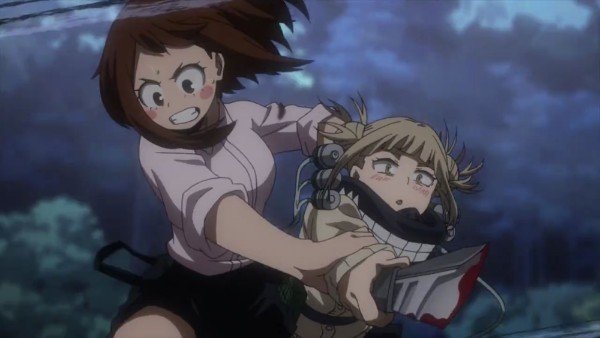 During the fight with Toga we see Ochako’s progress as she dodges Toga’s knife and slams her to the floor with ease.

It’s a boss moment for Ochako.

I don’t think most fans seen it coming. Even Toga couldn’t believe how easily she got HANDLED during that fight.

After this episode in season 3, we don’t see much of Ochako anymore. Especially as far as character development and developing her story and her personal goals.

decides to give her a back seat and instead – focus on romance. 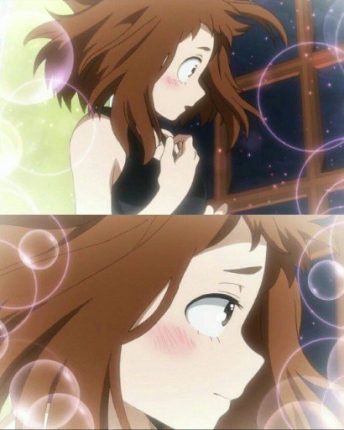 From s3 onwards, it’s either Ochako getting lost in thought about Deku, and the feelings she has for him.

Or it’s a related “” moment with some light comedy, but nothing too serious or relevant to her story.

Bakugo and Deku’s fight being one of those highlights, but Ochako is left with nothing special.

At this point (even with season 4) it feels like she’s been watered down into a character who’s role is all romance and nothing else.

No where near as bad, but it feels like Sakura’s early days in  at this point. 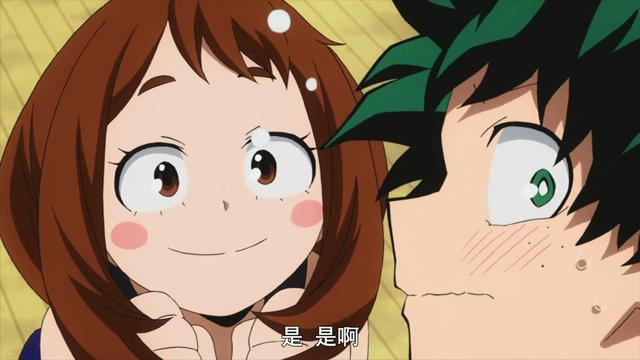 While I’m all for the romance between Deku and Ochako (they’re a good match) Ochako needs more than that.

She started out in as a character with promise and potential.

Plus a goal people respect, including Tenya, because it’s a goal that’s practical and shows how responsible Ochako is as a character.

If that’s no longer developed (as well as her character) it’s a massive waste of potential.

Ochako has always ranked in the top 10 in MHA polls, so it’s clear she’s a relevant and likable character. She just needs more screentime and focus once season 5 comes around.

Ochako’s missing that right now and needs it desperately.

The 35+ Most Meaningful Anime Quotes From My Hero Academia

31+ My Hero Academia Face Masks To Start Shopping For

Well, season five is on its way! Let’s see what they do with her!