I am sure that many of you have heard of . This anime has moved up to #1 on my list of Favorite Anime’s.

Izuku Midoriya was one of the unfortunate people to be born without a quirk. But Midoriya is determined to become a hero like All Might, the number one hero. 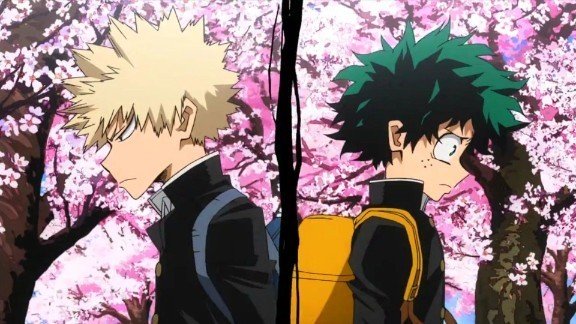 That’s why his journey to become a hero is so inspiring, making My Hero Academia an absolute must-see.

There are several characters in that stand out. Shoto Todoroki is a strong favorite among MHA fans.

His white and red hair has captured the hearts of many. A lot of people also like All Might and Midoriya.

I believe that Eijiro Kirishima is also a very likable character, and he is my second favorite character in MHA.

While I like a lot of the characters, I believe that Katsuki Bakugou is the best character in 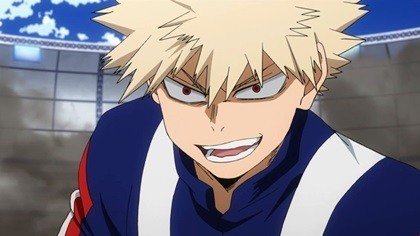 He has spiky blond hair and a very quick temper. His quirk is explosions and he can use his quirk for offense, and he can even use it to fly through the air.

Katsuki Bakugou was the childhood friend of Izuku Midoriya.

Along the way, they became distant and Bakugou started to be very rude to Midoriya. But Bakugou still has many traits that make him a great character.

Due to his horrible temper, Bakugou is terrifying sometimes and he kind of growls when he talks.

When Midoriya tries to talk to him, he’ll respond with something like, “Shut up, Deku” or “Get out of my face.”

Bakugou wants to be the number one hero, so he’s competitive.

I believe that Katsuki Bakugou is the best character in because, even with his quick temper, he is not painted as the villain. Normally, villains are the ones who are hot-tempered and terrifying.

An example of this is during the UA Sports Festival, when Bakugou gets angry and becomes violent.

In Season 3, the League of Villains even tried to recruit Bakugou because of this. But Bakugou is trying to be one of the good guys, so he refuses.

That’s what makes it interesting to see Bakugou’s character trying to become a hero.

His character is a lot different from the typical hero character in most anime’s. 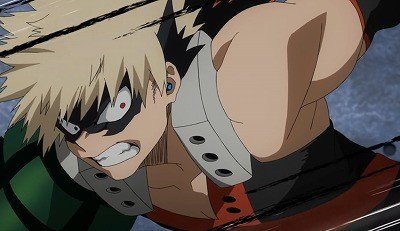 Bakugou’s temper is so outrageous that it’s kind of funny. Someone will ask him to do something, and he’ll yell, “DON’T TELL ME WHAT TO DO!”

Sometimes, he doesn’t even call people by their real names.

Todoroki’s quirk is that he is half-cold and half-hot, so Bakugou calls him “icy-hot” on several occasions.

Bakugou’s good friend, Eijiro Kirishima, has a very loveable personality. He has spiky red hair and his quirk is that he can harden his body like a rock, which is useful in both offense and defense.

He’s kind to most everyone, but Bakugou calls him a “red-headed loser” when Kirishima didn’t even ask for it. It’s nice to have a character like Bakugou who isn’t an annoying level of mean. He’s actually so mean and scary that it’s funny.

Bakugou is also an interesting character because people still like him even though he is mean to most everyone. He’s always mean to Midoriya, but Midoriya is a sweetheart and always tries to be polite and nice to Bakugou as well as everyone else.

Also, Kirishima always sticks by Bakugou’s side even though Bakugou has been rude to him on so many occasions.

This shows that even if you have flaws, like Bakugou, you can still have plenty of people around you that like you and want to be your friend. 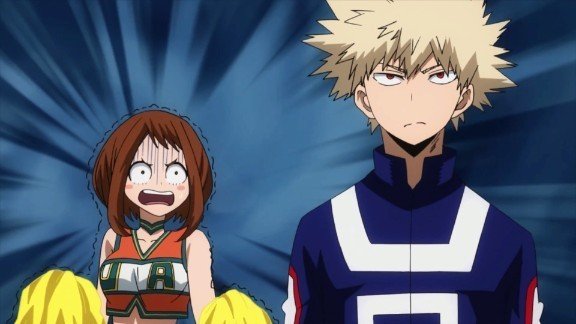 Bakugou is also, obviously, extremely driven. He will clearly stop at nothing to become the number one hero.

A character like Bakugou shows people that they should never give up on their dreams and that they should work hard to get what they want. This is an important quality that everyone should develop.

Like Bakugou, everyone should work hard and never give up on their dreams.

In a battle against All Might, Bakugou pushed himself very far because he desperately wanted to beat him.

Bakugou’s character does a great job of showing viewers that they should push themselves to achieve their goals, even if the road to achievement is bumpy.

Life isn’t going to be perfect, so I feel we need to power through and overcome the obstacles, just like Bakugou.

The 34 Most Meaningful Anime Quotes From My Hero Academia