Spiderman the cartoon is old school by today’s standards. No different to the first season of DBZ, NGE, or Magic Knight Rayearth.

It’s a classic with some if the best music, openings, and writing as far as superheroes in the west.

If you’re a fan of Spiderman, be it the:

Or anything else, here’s some anime with similarities that are close enough to Spiderman.

is about Izuku Midoriya, a kid who’s bullied growing up into his teenage life. But things change.

He’s given the opportunity to have a quirk, a superpower he’s always dreamed of. And the anime documents his journey of becoming a hero.

There’s a lot of similarities between Deku (Izuku Midoriya) and Spiderman. Especially from a hero point of view.

It’s also no surprise that the creator of MHA draws inspiration from American cartoons, some of which shows in the designs. 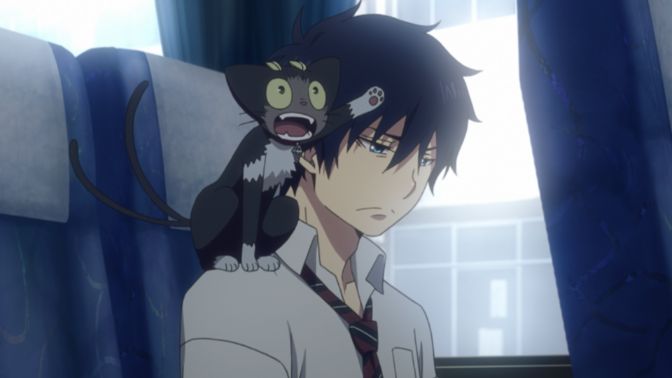 Blue Exorcist is about Rin Okumura, a kid who grows up with abnormal experiences.

Other kids are afraid of him, almost as if they can sense something “off” with him. And they treat him with disrespect.

He gets into a lot of fights and stands up for himself. And you quickly find out in the first episode or so that Rin is in fact Satan’s son.

Though the themes in this anime are different to Spiderman (it’s about demons, etc) there is some overlap under the surface.

It’s a bit of an underappreciated anime in desperate need of a new season.

Related: 15 Main Anime Characters Who Refuse To Give Up When Life Gets Tough 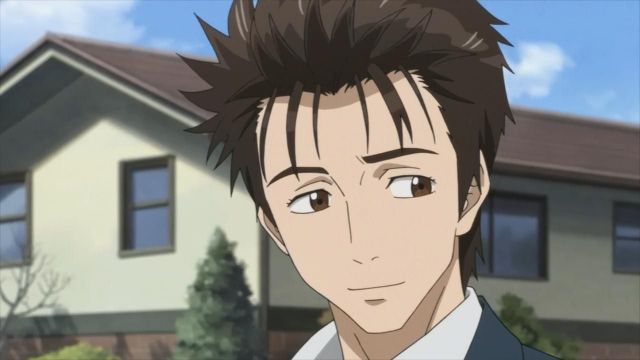 Parasyte is about Kenichi, a teenager who’s brain is almost eaten and taken over by a parasite. But it takes over his left arm instead.

In this way, it’s very similar to Spiderman and how Peter Park gains his powers and comes to be who he is.

Kenichi slowly starts to learn how to deal with this new parasite living in his arm. And learns how to use its power. to defend himself.

He even has conversations with it since this parasite is intelligent and can talk with humans.

Concepts of morality, ethics, right vs wrong, and more is visible in this anime’s themes and stories.

Relevant: 17+ Of The Greatest Horror Anime That Will Get You Invested 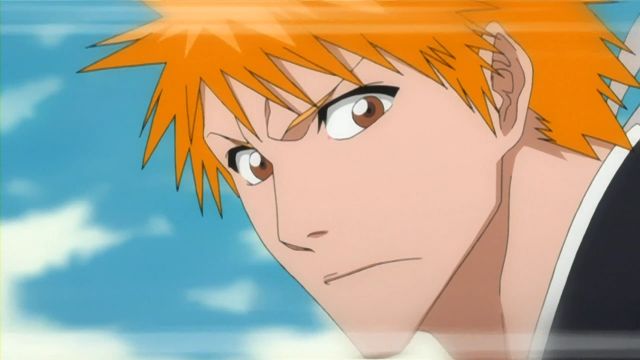 Bleach is an anime about souls, soul reapers, humans, hollows (like demons), and the world’s that exist between them.

Ichigo Kurosaki becomes a soul reaper, a type of being that kills and hunts down hollows.

Bleach has over 350+ episodes so far, with the 100 year blood arc currently being adapted into an anime.

What makes Ichigo different to most Shonen protagonists is he doesn’t fight to get stronger, but to protect his friends and family.

He’s a rare breed and a relatable character unlike any other. 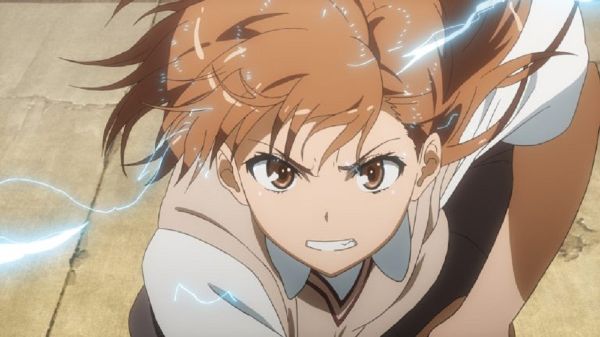 More so with the main characters.

In the world of Academy city, a place where millions of Espers exist, there are only 5 who are ranked “level 5”. Mikoto Misaka, the MC is one of them.

People assume she’s arrogant because of the prestigious school she attends, and because of how powerful she is. But in reality she’s modest and humble.

With the power to generate electricity in every facet, down to the detail, she can stick to walls and do all kinds of things. Courtesy of the law of physics.

She’s one of anime’s BEST and most likable protagonists when it comes to superpower/action genres. 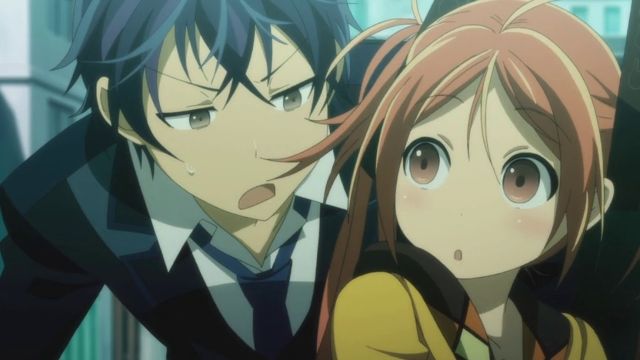 Black Bullet is about a monster called Gastrea, and the virus it carries that’s able to infect people.

One of the “Infected” are called cursed children, because they have the power of the Gastrea, but not enough of it to kill or take over their bodies.

Rentaro Satome, the MC, had his body modified after almost being killed by a stage 4 Gastrea in the backstory.

The style and approach of this anime is definitely different, but it has overlapping concepts and ideas. And is colorful with its use of language (in the dub).

Worth giving a try. 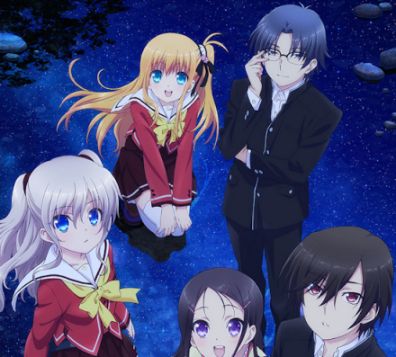 Charlotte is an underrated superpower series just like Railgun. It’s only short (12 episodes) and is made by P.A Works.

The anime is about teenagers with supernatural abilities. In this world, every power has a limitation and generally isn’t overpowered or illogical.

The way superpowers are portrayed here is more realistic and less over the top.

One example is the ability of invisibility. It only works on one person at a time, rather than having no limit.

The main characters travel around the city finding people just like them, making sure they don’t misuse their powers for the wrong reasons.

There’s a lot more to it than it sounds though.

Reevant: Why Charlotte Is A Distinctive Anime Series 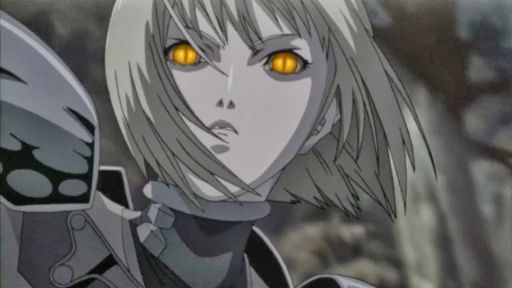 This anime is about Clare, a girl who becomes a claymore (warriors who are trained to kill demons). Claymore’s have demon blood in them.

Their mission in life is to kill demons and protect humans. Nothing more, nothing less. And the reality is depressing.

All Claymore’s are female with no exception. And the organization controlling them takes advantage of them.

It’s a lot more gruesome than your average Spiderman series, but it’s a hidden gem and well worth the watch.

Relevant: 17+ Of The Greatest Madhouse Studios Anime Worth Recommending 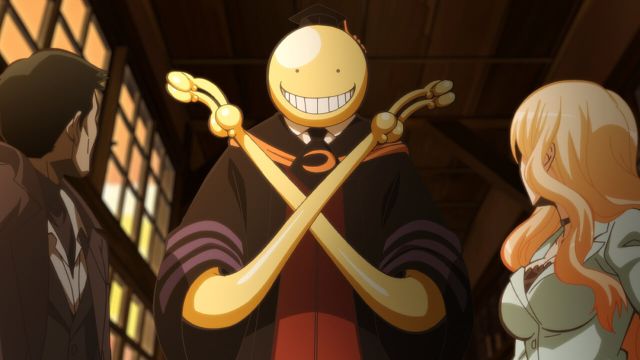 Assassination Classroom is about Koro Sensei, a teacher who looks like he’s from another planet.

I’ll let you find out the details on that later, but it’s comparable to Spiderman.

In 90 days or so Koro Sensei is rumored to blow up the moon, and so students from class F are trained to kill him before that happens.

The anime changes in unexpected ways and evolves in a style that’s unique. Especially with the relationship building and character development.

It’s genuinely a sad series once you reach the 2nd season as well, with tons of action and even comedy.

There aren’t too many anime that are comparable, but this should do it.