It might not even sound possible. But it is, and there are anime that fit the bill.

I grew up watching Simpsons and no one can deny it’s a funny series.

It dominated TV more than it does today in 2021.

The family vibes, the slice of life setting (in a way), and the dumb comedy is legendary.

Aside from the differences in animation compared to anime, there are anime that are comparable.

Castle Town Dandelion is a slice of life/comedy series with Seinen elements baked into it.

The father of the MC: Akane is a king. But he insists his daughters and sons should live like normal people.

It’s a family oriented anime with 9 people living in the house. And it’s an important part of the series.

With only 12 episodes you’ll get through it fast, and there are similarities to The Simpsons here.

Minami-Ke is about the Minami household and the 3 sisters: Haruka, Kana, and Chiaki.

Haruka is the oldest and the one the other sisters look up to and treat like an “angel”.

All of the comedy is centered around Kana and Chiaki’s arguments, fights, and everything outside of the house like school and life in general.

Underrated for how funny the series is, given that it’s not as known as more popular anime out there.

3 Seasons in total, and OVA’S.

HInamatsuri is a mixed bag. It’s family focused between Hina and Niita, a member of Yakuza. And the unlikely wholesome relationship they end up forming.

There are episodes though where things get emotional, like the mini arc involving homeless men and a teenager.

Everything in between is pure laughs, comedy gold, and stupidity you can’t help but get a kick out of.

It’s partly a supernatural series, but it doesn’t rely heavily on this aspect at all.

Relevant: 67 Of The Best Anime Shows Of All Time (No Ranking Order)

Crayon Shin-Chan has been airing since 1992 and is still ongoing. The anime has caused controversy on different occasions.

The anime is about Shinnosuke Nohara, or Shin-Chan for short.

He’s a kid but happens to be perverted, naughty, and shameless to an extreme.

The family and slice of life setting makes this similar to The Simpsons. Especially for the extreme comedy at times and “inappropriate” moments.

Miss Kobayashi’s Dragon Maid is all in the title. Kobayashi allows a dragon girl to live with her, and she ends up helping Kobayashi around the house and with chores.

Soon enough, Kobayashi’s dragon friends are invited over and it starts to feel like a family.

There’s obvious fan service in this series, but it’s the type I’d call relevant. And the anime is one of the funniest of any slice of life/comedy series in the last decade.

Think of it like a female lead version of The Simpsons.

Fruits Basket is about Tohru Honda, a girl who’s homeless and taken in by a family representing the Chinese zodiac.

She becomes part of the family but becomes interested in one guy in particular, romantically. And vice versa.

A lot of episodes focus on the family aspects and the comedy that stems from the diverse personalities.

There are some serious moments in Fruits Basket as well.

7. The Disastrous Life Of Saiki K 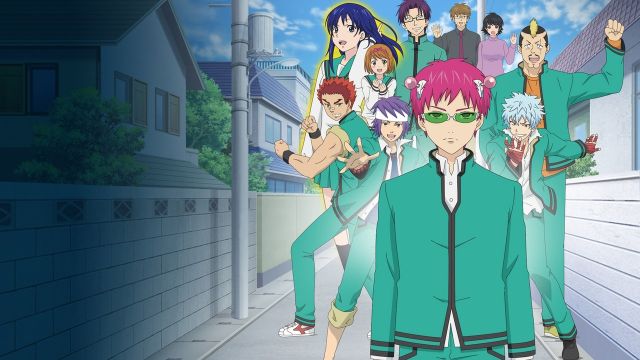 The Disastrous Life Of Saiki K is one of the cleanest comedy series on the planet.

Never mind in the anime industry.

It manages to be funny without profanity, F bombs, so called naughty words or even fan service.

The anime’s strength is in making fun of cliches, and making Kusuo Saiki so relatable despite the guy being an OP psychic.

Easily one of the the best anime of all time, all in a slice of life setting with creative writing.

It’s refreshing and should be even or Simpsons fans (watch the Dub).

Relevant: Yes, These 19+ Anime Shows Are Better DUBBED Than Subbed

Believe it or not, but Osomatsu-san originally started around 1962 in Shounen Jump. Years later it became the anime we know of today.

It’s about identical twins. 6 to be exact. All of them have their own wildly unique personalities.

They’re NEETS with the motivation of a rock.

That’s where the stupid-comedy comes into the picture. A snapshot of their daily lives, struggles, and attempts to live it the best way they know how.

9. Engaged To The Unidentified 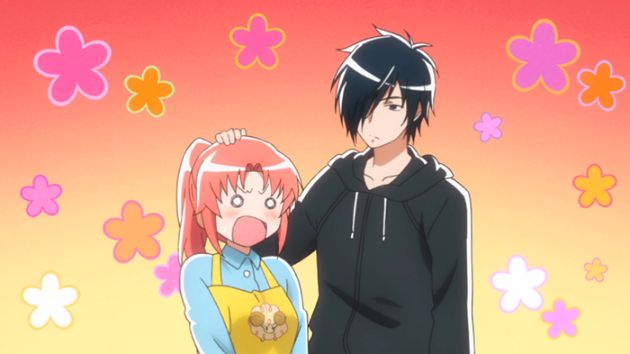 Engaged To The Unidentified is an anime by Doga Kobo. A studio responsible for Umaru Chan.

You have Kobeni, the main character who’s an introvert and a little self conscious.

There’s Hakuya, the guy she’s expected to get engaged with. He’s an introvert as well, and awkward.

And then there’s Benio, Kobeni’s older sister who’s questionable on so many levels, and an absolute weirdo.

Lastly there’s Mashiro, Hakuya’s younger sister who’s mature for her age and is tormented by Benio.

It’s an odd family, relationship, and it’s the driving force of this anime’s humor.

Barakamon is probably the tamest show on this list, as far as how far it goes with the comedy.

Tat’s what makes Barakamon nice and clean, while still being a funny series.

It’s about Seishu Handa, a calligrapher. He goes through some personal changes while living on an island far away from home.

He builds a bond with locals, and unlikely friendships. And grows as a person with a new outlook on life.

In between though there’s a lot of light hearted moments with comedy sprinkled on top.

Gintama is another one.