The storyline of has gotten better right after the 90s. Not only the storyline, but even the animation looks more modern style.

Even to this day it still looks like it’s been just made recently. There’s a lot of to watch that was made around the year of 2000+ that’s for kids, adults and even for older people.

It doesn’t have to be a specific age even if it’s categorized for that particular . 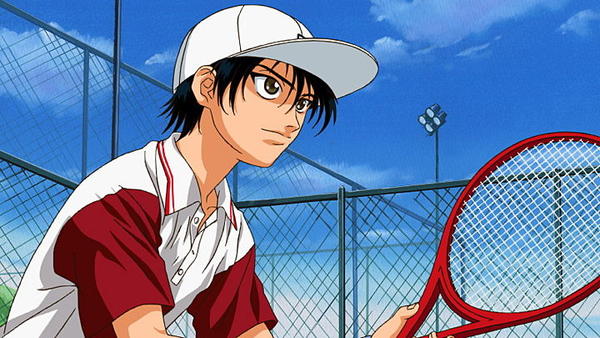 It’s about a young tennis prodigy named Echizen Ryoma who moves to Japan to go to school in Seigaku.

Once in Seigaku, Echizen encounters obstacles that would make him a better and stronger tennis player.

Prince of Tennis started in the early 2000’s, it became popular in Japan after the series ended.

If you want to binge watch a sports , this could be it as the series have over almost 180 episodes. With films and OVAS. 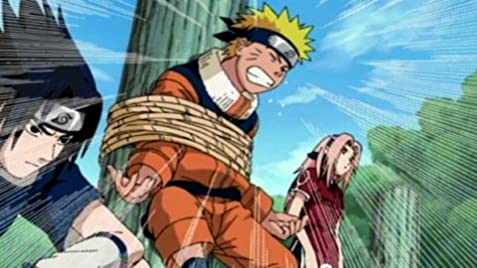 A young orphan ninja boy named Uzumaki tries his hardest to be the next Hokage of his villag.

He wants to be recognized by his friends and people of the leaf village.

is action-packed at the very start of the beginning. And continues on into Shippuden (season 2).

It remains as one of the best and popular series to this day.

If you want to watch this, good luck in binge watching everything as there’s so much. Especialy with Boruto. 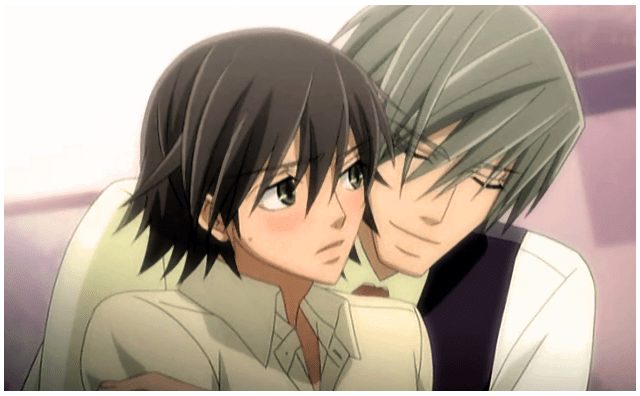 It’s about a high school student named Misaki who needs to be tutored for his college entrance exams.

Akihiko falls in love with Misaki right away, but Misaki keeps denying his feelings for the older man.

The series is popular as the is still ongoing today. The storyline is good and it doesn’t focus on one couple but 3 couples.

If you like BL (boys love) , check out the series.

Besides the series and , it also has the OVA, CD Dramas, video game, etc.

Relevant: 13+ Of The Greatest Yaoi Anime You Should Start Getting Into 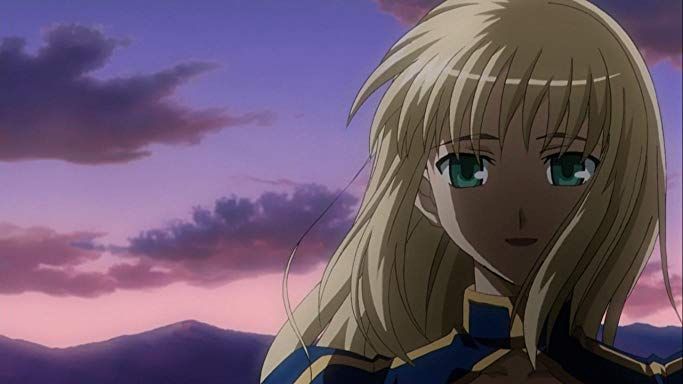 If you want to watch Fate/Stay Night, you should watch it from the very start and not like somewhere in the middle or end because it gets confusing.

Fate/Stay Night has almost 25 episodes plus a short OVA. it’s a short series to watch where you can watch it within a weekend.

The animation of the series till looks good, but Fate Stay Night UBW looks even better. 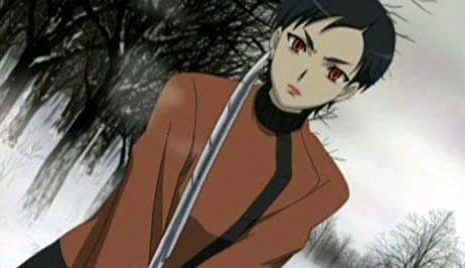 A girl named Saya is a high school student who doesn’t have any memories from her past.

The intent is to stop destroy the chiropterans (creatures) and defeat Saya’s sister Diva.

The series is violent but it’s good overall, however the fight between Diva and Saya could have been better.

If you like vampires and monsters, this is one of the series that you should look into. Blood+ came from Blood The Last Vampire, the storyline and concept is almost the same but clearly different.

Besides the series; there’s the , video games, music, and novels to look into.

Related: 9 Anime Shows Like Blood+ You Should Watch With Vampires And Demons 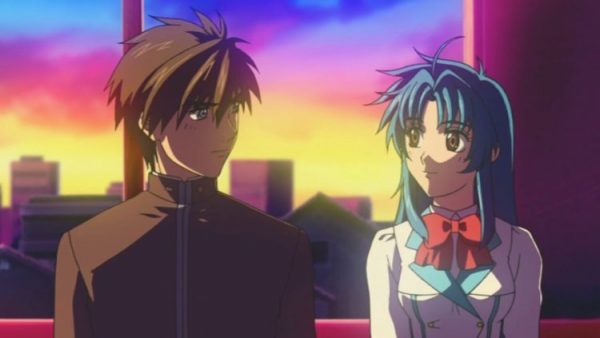 The series is about a military member named Souske who is put in charge of protecting a Japanese high school student named Kaname.

It’s military style so there some strong violence, but the is humorous and action packed.

Full Metal Panic has awesome music, the first series of FMP has 24 episodes, but there are sequels to it.

If you like action and don’t really mind the mecha aspects, this is what you should look into. 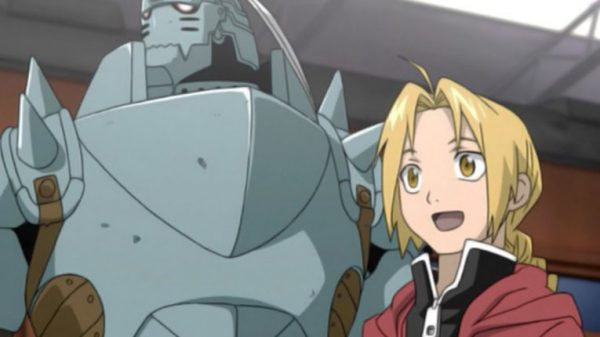 It’s about 2 alchemist brothers who are looking for the philosopher’s stone to restore their bodies.

Who doesn’t remember full metal alchemists in the early 2000’s? The first series was a bit different from the but the spin-off: Brotherhood has the same events from the .

Both series aren’t long to watch if you haven’t watched either of the series yet.

At the time, was one of the best to watch in the early 2000’s because of the storyline and the unique characters and battles. 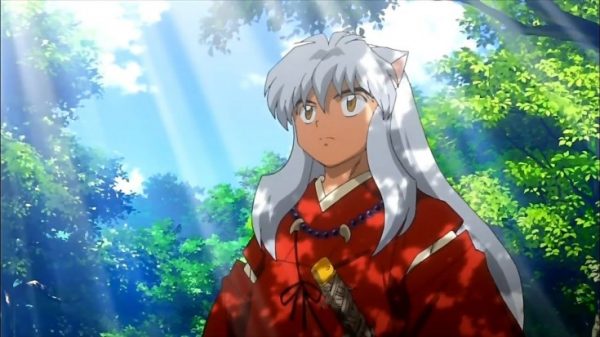 A high school girl named Kagome goes back into the past within the feudal era and meets the half-demon, .

Once there, the both of them go on an adventure to gather up all the shikon jewel pieces that Kagome has shattered from the jewel.

is one of the shows that you should watch because it has about almost everything within an .

It has: fantasy, adventure, comedy, romance, school, etc. The animation even got better after a few years.

This is not short as it has about 200 episodes which includes the final act part.

A sequel of titled Yashahime has started last year (2020) and is still ongoing. 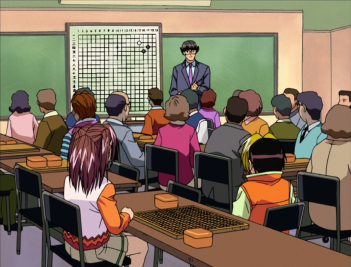 A boy named Hikaru saw an old Go board in his grandfather’s shed. While he was cleaning it, he meets the spirit Sai who is a Go player.

Hikaru becomes intrigued in playing the board game.

If you want to watch a game , Hikaru no Go is one of the series that you should look into.

The series has elements like supernatural, tournaments, drama, school, coming of age, etc. It’s quite emotional at the end after you hear the first opening song.

The ended so abruptly though as the even got cancelled. 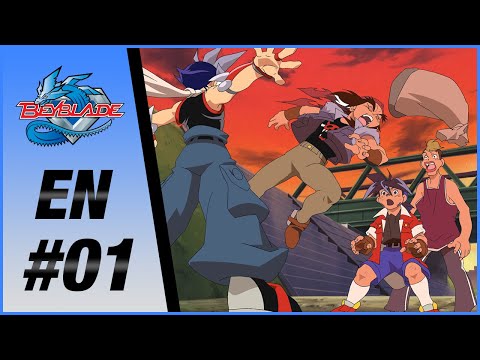 Beyblade is about a spinning top toy that whoever knocks the other beyblade out of the stadium is the winner.

The series is about a boy named Tyson who becomes the world champion Beyblader.

Tyson is part of the team called Bladebreakers. The animation was a bit different with the character designs but it improved when the next season titled Beyblade VForce aired.

I think kids still play Beyblade and the series is still popular because of all the beyblade , , video games and the films. 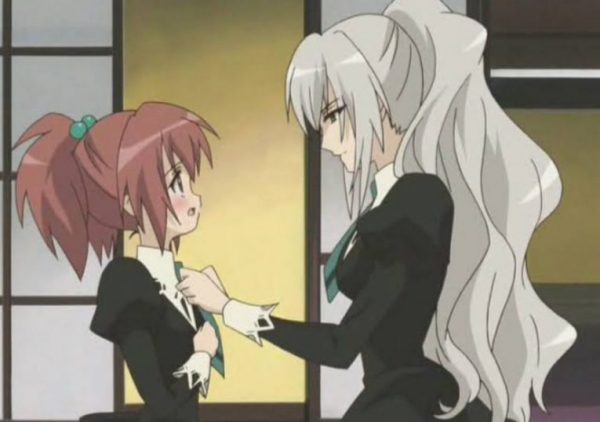 The series is about a group of girls who go to different schools. It tells the story of romance between the girls.

The anime series is yuri but the storyline is good as it tells what each couple is doing.

There’s a total of 26 episodes.

Strawberry Panic is a must-see and even to this day it’s one of the best yuri out there. 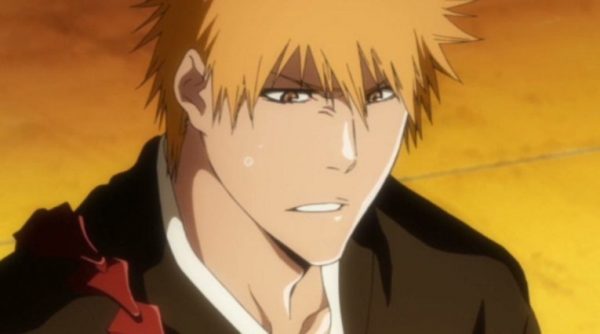 It’s about a boy named Ichigo who becomes a soul reaper after meeting a girl called Rukia.

Ichigo goes on an adventure to figure out what is going on in the soul society organization.

It is mainly an adventurous and supernatural series, with 370+ episodes in total.

There’s even going to be a new of Bleach titled Thousand-Year Blood War to end the for their anniversary.

Besides the series and , there’s a couple of movies as well to look into.

Check Out: The GREATEST Anime Quotes From Bleach 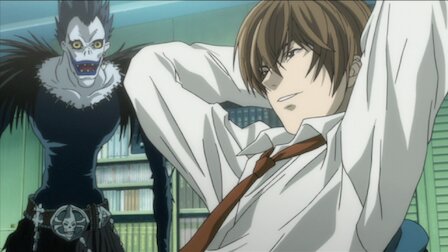 It’s about a high school boy who finds a notebook titled “.” It once belonged to a shinigami.

Whoever finds the book is granted supernatural abilities to kill whoever’s name is written in the book.

has a somewhat good storyline, but the ending of the series? Not so much.

Ever since aired, it has gotten films live action drama and movies..

Post: 5 Dark Life Lessons You Can Learn From Death Note 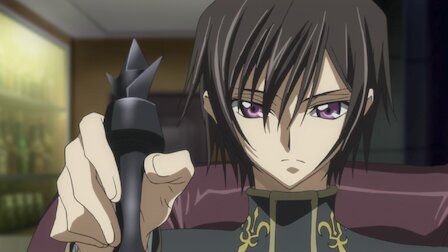 The black prince who is named Lelouch, gets involved in a war and finds a mysterious girl.

The mystery girl saves Lelouch’s life and grants him a power called Geass.

Both season 1 and 2 of the series have 25 episodes.

Even though it’s been years since it aired, it’s still watchable for otaku fans that are both new and old. It’s a classic.

It’s easy to understand the storyline of Code Geass. 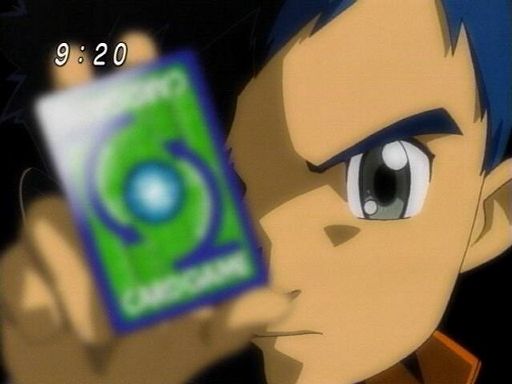 Digimon Tamers is the 3rd series of the Digimon franchise.

It’s about a group of young kids discovering that Digimon is real in the “real world” where a Digivice magically pops up one day.

Unlike in Digimon and Digimon 02, Digimon Tamers use trading cards to help boost their Digimon in real battles using their digivice.

Digimon Tamers is set in the modern world but the Digital World makes an appearance for a few episodes.

Just like the previous series, there’s about 50 episodes to watch. 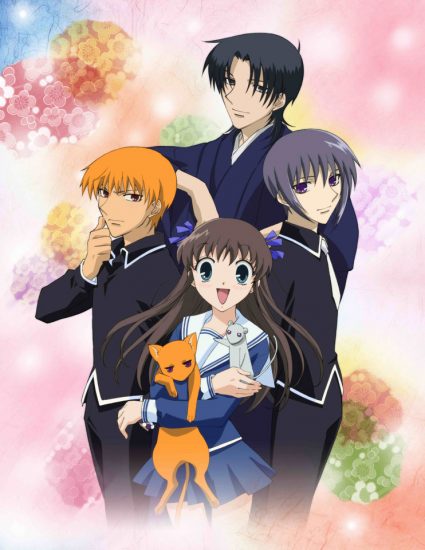 It’s about a young girl who learns that the Soma family is cursed and possessed by the animals of the Chinese Zodiac.

If you haven’t seen Fruits Basket, you have probably heard about the . The is so popular in both Japan and the U.S.

It has different themes within the itself. For instance: romance, fantasy, reverse harem, etc.

Besides that, the animation is good even if it’s an old anime.

Fruits Basket has a reboot series which started in 2019. The 2019 version of Fruits Basket follows more closely with the and the series itself has almost 55 episodes and is ongoing. 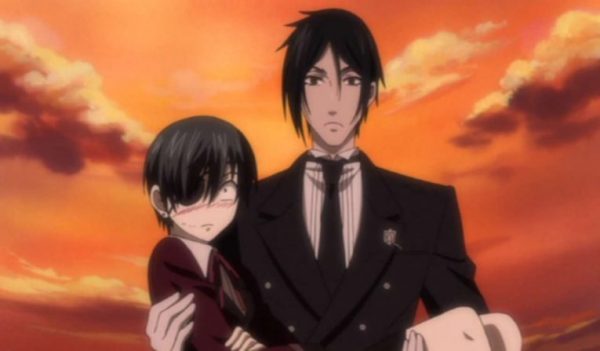 An orphan searches for his parents’ killers with the help of a loyal demon servant.

The series doesn’t take place in Japan but during Victorian era London.

The storyline is good and different but the series is controversial.

Many people think that the author intended the series to be yaoi or BL (boys love) but many argue that the series isn’t.

That said, you can clearly tell there are some scenes that could be considered romantic or Yaoi.

I think you should give this a shot. The first series has only 36 episodes and then there’s the OVA’s, but it continues on with a sequel and another few OVA’s plus the movies.

Article: 9+ Of The Best Anime Shows That Are Just Like Spiderman! 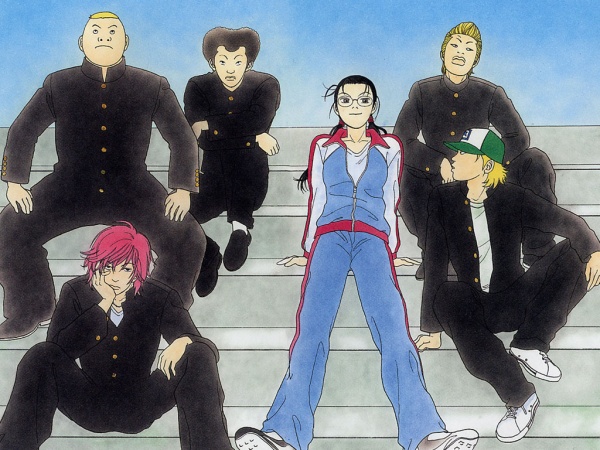 It’s about a teacher named Kumiko who wants to teach instead of being a part of the yakuza family.

She gets the job in a private all-male school but she got the class that has all the troublemakers which is class 4-D.

Throughout the series, she tries to teach them education and life lessons, hiding the fact she comes from the yakuza.

This has good points to help the older kids with life lessons. The television drama and special came first prior to the series, the series has almost 15 episodes. 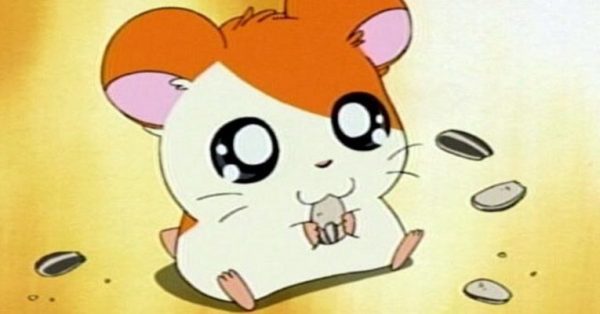 The name says it all as it’s about a hamster who lives with its owner and goes on an adventure.

I’ve seen Hamtaro before and it was really popular when it aired in the early 2000’s. I believe that the is aimed for kids that are in Elementary School and lower.

Hamtaro has almost 300 episodes, there’s also the spin-offs and movies.

Try binge watching Hamtaro, the kids would like to see that cuddly, hamster!

Related: 43+ Of The CUTEST Anime Pout Faces That Will Make Your Day 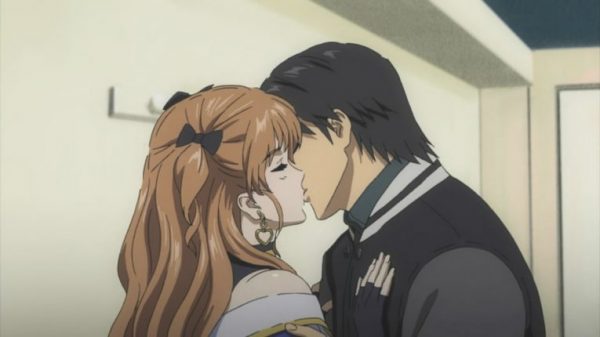 It’s about a young couple from high school.

A girl named Yuki has to put their relationship on hold because she’s becoming a singer. Yuki couldn’t handle the pressure in both her being a singer and then a lover to her boyfriend.

The storyline is somewhat realistic on trying to juggle a relationship and a career of your dreams.

There might be some parts that will hit you in feels.

Old Vs New Anime: Here Are The Biggest Differences Worth Mentioning