There are some yuri storylines that are pretty good.

If you are having a hard time finding a Yuri to watch, maybe the list below will be able to help you to choose one.

Not all Yuri is meant for kids and could be only for adults, double check to be double sure.

Suzu and Yachiyo are complete opposites as one is extrovert and introvert. However after meeting for the first time, an instant attraction was made between the two.

The music is good and the opening song is kind of funny as well if you listen to it. I think the series itself is supposed to be like: cute, comedy with romance.

It has 12 episodes and one not aired.

If you haven’t watched this Yuri , I think this series might be to your liking. 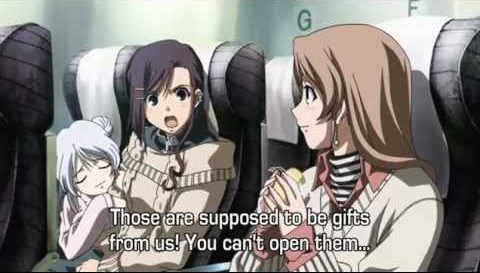 Twin sisters, they moved to Tokyo and started high school leaving their young sister with their parents.

Kanade and Sakuya started to have a romantic relationship until another girl began to intervene.

The series is really short, it has 7 episodes and each episode is 15 minutes long.

The music is quite good and the graphics are okay even if the series is old as it has been more than ten years.

If you can surpass seeing them as sisters, I think this is good to watch and you can binge watch it in one day if you have the time. 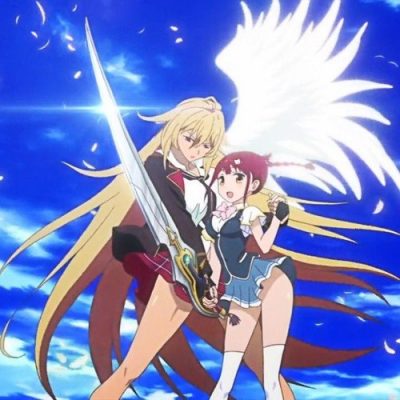 Mamori is a mermaid who goes to one of the five islands, Mirel saves Mamori by giving Mamori sexual pleasure and Mamori turns into a sword.

The is a bit confusing and it has one season with a few OVA’s. The music is quite good but the series itself is for adults. 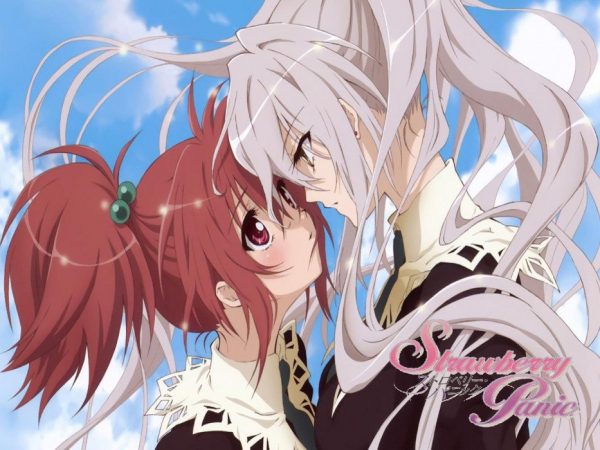 A girl named Aoi transfers to a catholic school where it is divided by three sections. Aoi falls in love with Shizuma but pretty soon there’ll be a love triangle.

Unknown to Aoi, Shizuma’s past will bring them all together.

I don’t think you’ll be able to binge watch the series in one day as it has 26 episodes.

It’s an old series which came out in 2005 but the animation is still good; besides the series, there is also the and the .

The music is awesome to listen to and it is interesting to watch. 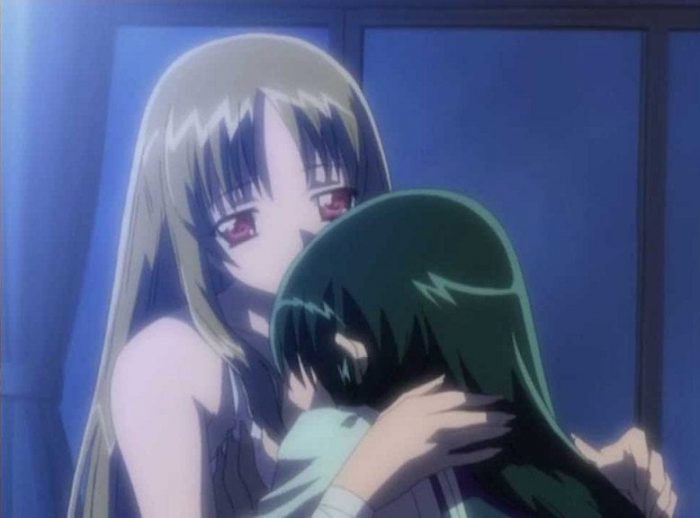 A girl named Hazuki is looking for her adopted sister and love interest.

Hazuki travels to different worlds in books within the library. Another old series but the video game came first before the series.

You can binge watch the series as it has 13 episodes, the game and the has different story-lines.

Yamibou is another confusing series but it is understandable once you’ll watch at least an episode or two.

6. Destiny of the Shrine Maiden 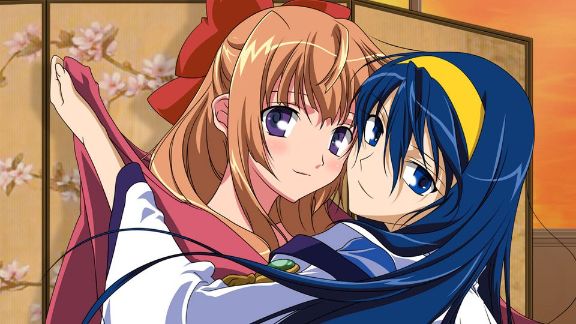 Chikane and Himeko are two different girls, Himeko is Chikane’s devoted friend. But something occurs in their school and they have to become shrine maidens of the moon and sun.

The story-line is different among the other series, it’s also an old series more than ten years with twelve episodes.

Related: 25+ Of The Best LGBTQ Anime Shows That Won’t Disappoint

A typical school anime series where two friends meet each other in the gym while ditching class, they became fast friends and probably something more.

This is a series which came out last October 2020 to December with 12 episodes.

The series has beautiful animation and music, the series will be translated to English dubbed soon. 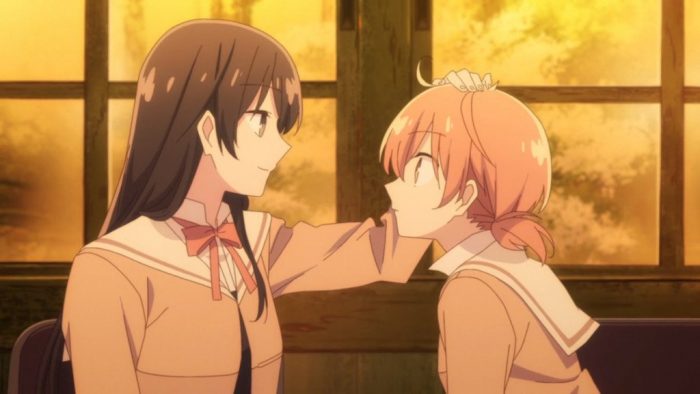 Yuu is trying to find her love interest, she enters high school where she meets Touko. Yuu likes romance and wants to start a relationship.

The series is still a bit new as it has been out since 2018.

The animation is beautiful but I think the story-line is okay but there’s something that’s lacking.

Relevant: 7 Meaningful Life Lessons You Can Learn From “Bloom Into You” 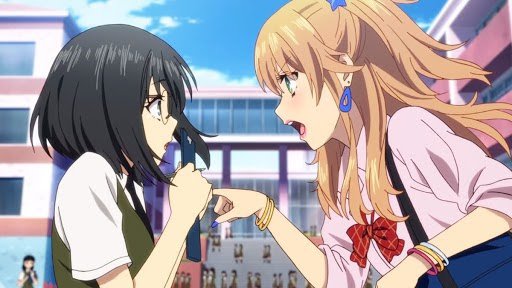 2 stepsisters get to know each other and Yuzu is starting to have romantic feelings for her stepsister throughout the .

If you don’t mind it being stepsisters or if you can just ignore the fact, this series is still new as it was released in 2018.

It only has 12 episodes and the , the animation is good as well as the music. 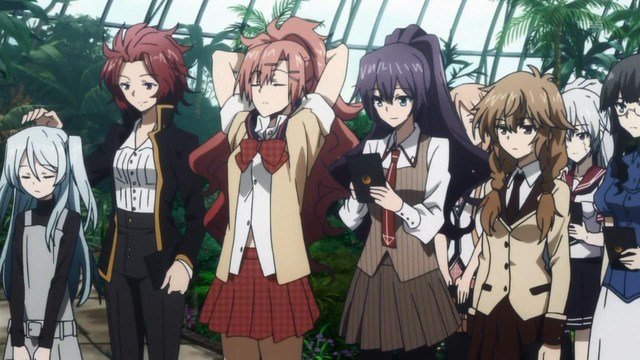 13 girls are transferred to a class to assassinate the last student named Haru; however one of the assassin’s named Tokaku protects Haru from the other assassin’s.

The series has been out for a few years now, but not many people are liking the ending of the series.

Clearly this isn’t for young kids as it’s violent.

There’s a total of 12 episodes plus an OVA, you could probably watch it within one day.

11. Kase-San and the Morning Glory 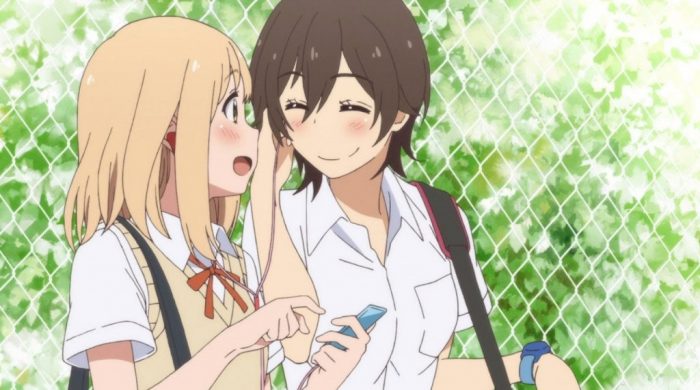 Yamada and Kase are two different girls in different grades; Yamada planted morning glories and that’s when the two girls began to talk to one another.

The OVA may be short for some people but it has a good storyline and it’s quite sweet at times. 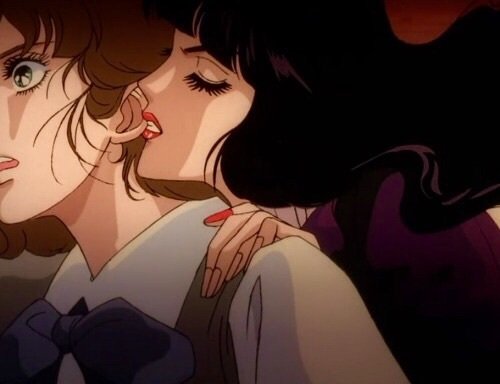 This is really an old anime, around the early 90s but the was released around 1975.

Even if it’s an old , the animation is still beautiful and has a lot of drama as it is centered around school.

Dear Brother is about a girl who writes letters to her brother as she enters high school. It’s a long series and there are almost 40 episodes in total.

There’s a lot of themes within Dear Brother and this may not be suitable for kids. 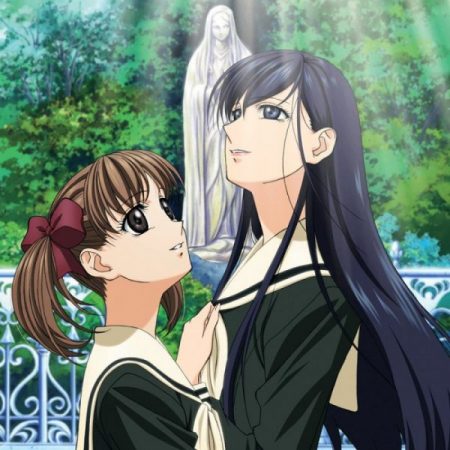 It’s about the student council in Lillian Girls Academy as they find who’ll be replacing who.

This series is a bit different like other , instead of the opening song being vocal, it is instrumental.

There’s 4 seasons for Miteru and then the sequel Naisho has also 4 seasons.

The isn’t new either, it has been released since 2004 – 2009. fans will compare Maria-Sama to Strawberry Panic as there’s some similarities between the two. 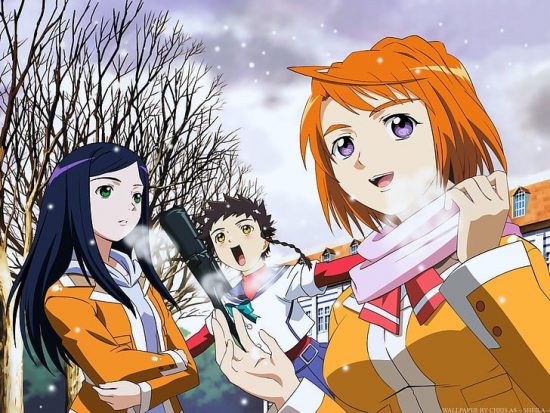 It’s about these girls that could materialize like weapons as they try to stop an evil organization.

It has almost 30 episodes plus an OVA. A lot of fans liked this series even if it sounds confusing at first.

The animation is still good even if the style isn’t like the newer right now.

There is some yuri within My-Hime. 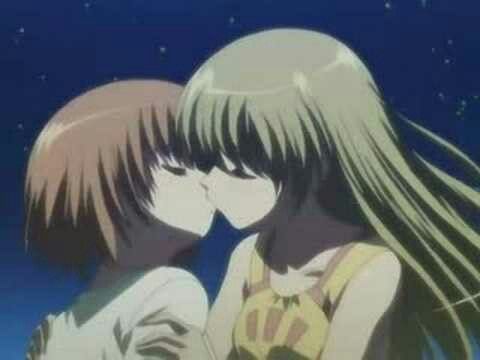 A boy is killed when a spaceship crash lands on him, he is given as a second chance as a girl.

The girl, now named Hazumu is in love with her 2 female friends. There’s 12 episodes along with an OVA; besides that there’s even a video game and of course the .

You can tell that this is a bit old once you watch the opening song. I think this series is supposed to be fun and cute with a bit of something happening but to me, it feels a bit confusing.

Even still, many people like this series and it’s still worth recommending.

Related: What Anime Should I Watch? Here Are 17 Recommendations 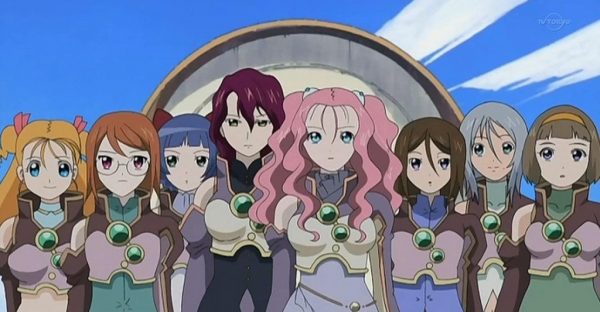 Simoun is like a flying machine where it can be piloted by young girls, the girls can chose their own sex until they turn 17 years of age.

But someone wants to know about the secret of simoun and so war breaks out.

It is indeed confusing at first as the story-line is very different from other yuri .

Simoun may not be suitable for some kids as it’s violent. 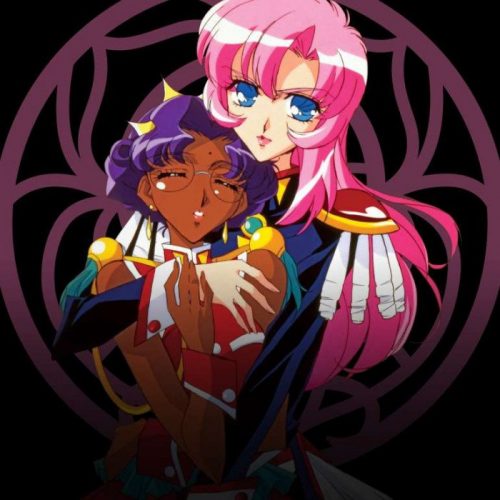 It’s about a tomboyish girl named Utena who wants to become a prince one day, she begins having sword fights to win the rose bride named Anthy.

As they grow stronger together, Utena figures out that Anthy is connected to those that started the sword fights at the school.

It’s an old, old series being released in the early 90s and the animation is still old, but the story-line is really good as well as the music.

It has almost 40 episodes along with an film plus the ,

Revolutionary Girl Utena is a classic! 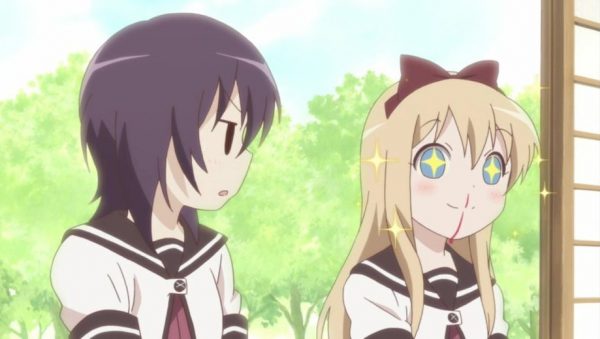 It’s technically about a group of middle school girls and their daily lives, it consists of a club and student council.

To me, this seems like it’s supposed to be cute and that it is aiming for girls.

Yuru Yuri has a lot of seasons and OVA’s if you want to watch a series about school life.

The series has been since 2011 but there’s also some OVA’s that just aired back in 2019. And of course Yuri is hinted in this series.

Related: 21+ Funny Things Unique To Anime That Only FANS Will Understand 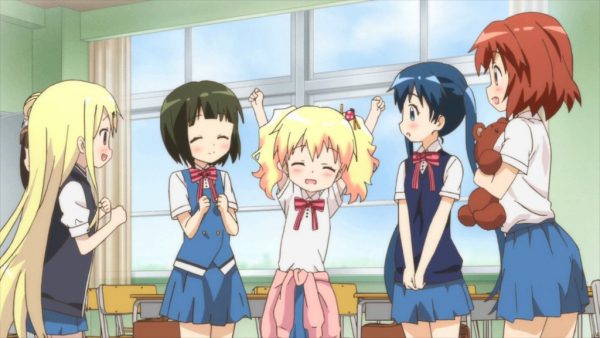 It’s about a girl named Shinobu who is from Japan, she goes to England for a few years and stays with a girl named Alice.

It isn’t until a few years later, Alice goes to Japan and will be living with Shinobu.

If you like cute anime series, you should look into this and there are hints within the series that Yuri is happening.

With Yuri, just like BL or any kind of , you have to check the rating and to see if it’s good for the kids or not.

Besides having that content, there can be hints of Yuri within the series and you don’t even know that it’s happening. Unless you’re a seasoned fan who can spot the hints (or you find out later).

40+ Of The Most Underrated Anime That Deserve Appreciation