Yaoi is basically two guys having feelings for one another and kissing sometimes in the anime as yaoi is BL… Which stands for Boys’ Love.

Yaoi is loved by both women and men but most of the majority of its audience is women. Why do otaku love yaoi anime? What’s so appealing about it?

Here are some recommended yaoi anime to start watching!

Ai no Kusabi is an old anime but is quite well known by yaoi fans.

It’s about a blonde named Lason who is an elite class and who encounters a “mongrel” named Riki.

Lason keeps Riki as his “pet” then brings Riki back to his house. Jupiter doesn’t like the relationship between Riki and Iason as Raoul, Iason’s friend, tries to warn him.

The old Ai no Kusabi only has 2 episodes but it’s an hour long each while the reboot of the 2012 version has 4 episodes and is half an hour each episode.

Both versions are almost identical but quite different. 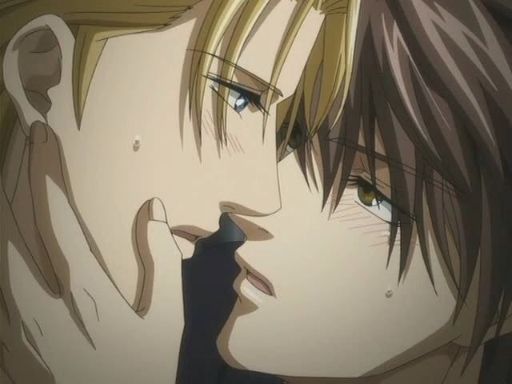 Ranmaru is getting married to his friend Kaoru and their arranged marriage is on a ship.

However, they don’t get along as Ranmaru storms off after a fight and meets Alberto after Ranmaru gets into another fight.

The anime OVA is only 2 episodes and half an hour each so it isn’t long to watch. It’s a simple storyline and something to watch if you have nothing to do.

The manga itself only has 1 volume 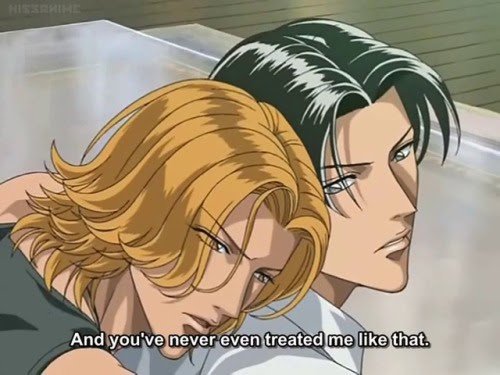 Iwaki and Katou are both film stars, Katou starts to have feelings for Iwaki when they are doing an intimate scene.

Iwaki is unsure on how he feels about Katou. It’s one of the first yaoi anime that I’ve watched and it’s pretty sweet if you watch both episodes.

There’s even an OVA called Winter Cicada that is like the manga, both the series and OVA are different from one another.

Haru Wo Daite Ita is short and it leaves you wanting for more. Magicami DX | Magical Girl Game (NSFW) Start Playing Now
We earn a commission from Amazon & other affiliates if you make a purchase at no additional cost to you. 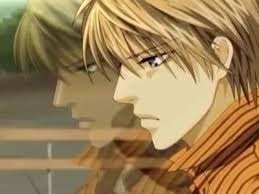 The Finder Series only has two OVA’s but they’re quite long but still, the anime leaves you wanting for more!

Akihito is a photographer and one night he captures the mafia leader, Asami. Ever since that night, their relationship somewhat became something more even though Akihito keeps denying Asami.

The anime series may be short, but the manga is still ongoing and is long to read.

I found the finder series by chance one day and I was hooked on the series after watching the anime series. It took me a long time to read the manga as there were a lot of volumes out already and it was interesting, 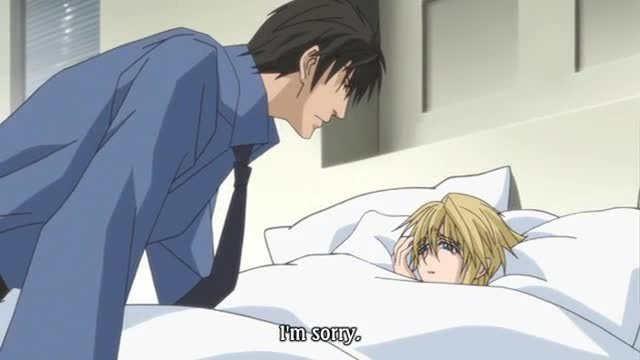 The anime is kind of sweet if you watch the episodes throughout. It’s about a man named Kano who buys Ayase from an auction, he rapes Ayase after buying him and then he feels regret.

Kano bought Ayase because he remembers him back from a few years ago. Ayase owes Kano and he has to sell his body to him each time.

The anime is a bit confusing at first and so you have to pay attention. There’s only four OVA anime episodes, but there’s a lot of volumes for the and manga. 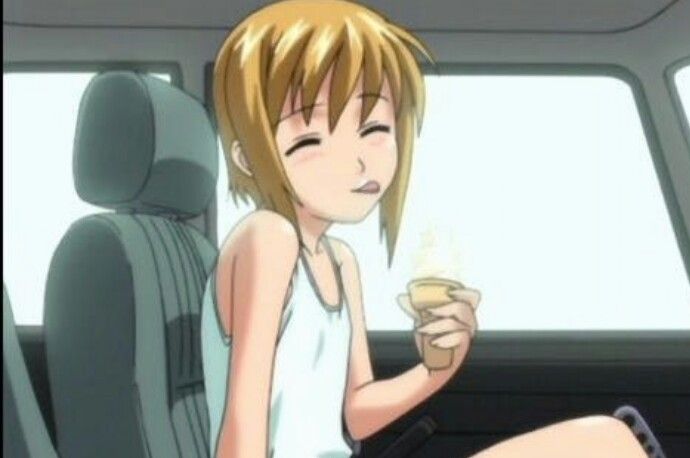 I’ve only seen the 1st episode and there’s 3 episodes in total. All 3 episodes have a different storyline with the character named Pico.

Pico does look like a girl at first glance, but Pico is actually a boy. In the first episode there’s a bit confusion when a boy named Mokkun encountered Pico.

It’s an old anime, like 10+ years but the animation is good and modern. 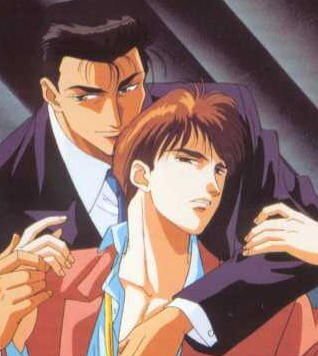 Hence the title as it’s about a CEO: Mr. Honma begins an affair with his co-worker, Junya.

Mr. Honma teaches Junya how to promote himself within the organization and sexual favors is the method.

It’s an old anime style and not much of a storyline. If you have nothing to do during your time, this is one of the anime’s that you should probably watch during COVID 19. 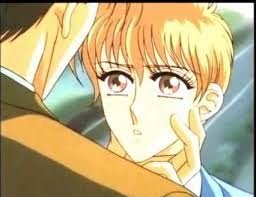 Mizuki meets Kazuomi one day on the street, Kazuomi has nowhere else to go after he broke up with his girlfriend.

Kazuomi decides to stay with Mizuki and as payment, they have sex. This is a simple anime to watch and only has 1 OVA.

I haven’t read the manga but the OVA is easy to understand and it’s only 30 minutes. 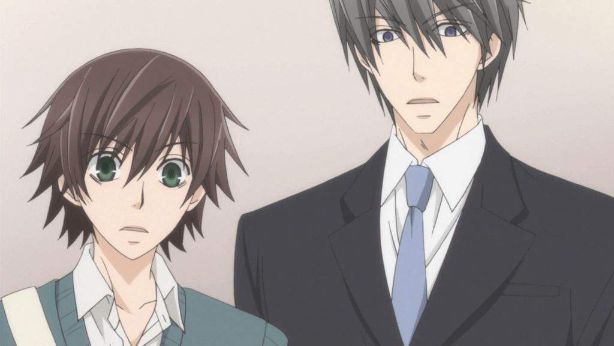 If you’re into yaoi anime, Junjou Romantica is a popular anime series among yaoi fans.

The anime series tells a story of 3 couples but the main storyline is focused on Misaki and Akihiko.

Akihiko was in love with Misaki’s older brother, but finding out that he was getting married, Akihiko fell for Misaki after he did something sweet for him.

The storyline is really sweet and even though it focuses on just 3 couples!

There’s a total of three seasons so far for Junjou Romantica and I believe that the manga is still ongoing. 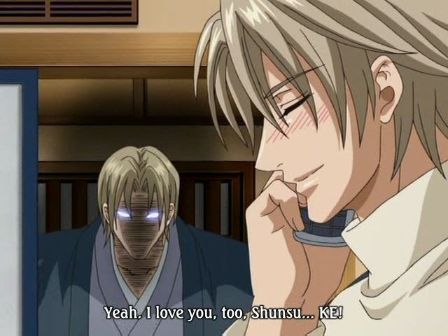 Kirepapa is about a divorced father named Chisato who looks like he’s 18 but is actually 35.

Chisato is protective of his teenage son and he tries to scare his friends away except for one. Chisato and his son find love within this two-part episode series.

It’s been like, 10+ years for this anime but the animation and graphics are still good. 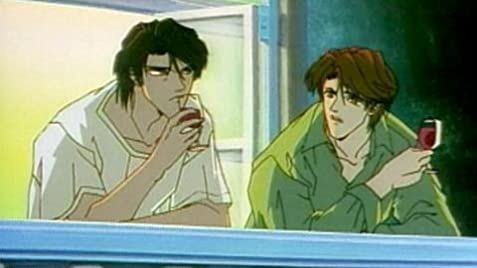 Dee and Ryo are both NYPD Detectives.

Dee begins to have feelings for Ryo but Ryo isn’t too sure about how he feels for Dee. They solve crimes together and soon they’ll solve their feelings for one another.

What really gets to me is: why there is only 1 OVA?! If you want to see what happens between these two, you have to read the manga.

The OVA is really old but the storyline is quite good! 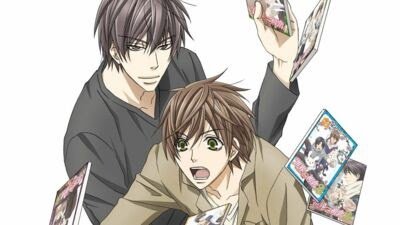 If you’re a fan of Junjou Romantica, you probably have heard of Sekaiichi Hatsukoi.

Sekaiichi Hatsukoi is the spinoff from Junjou Romantica, and it’s by same author!

There’s a total of 2 seasons so far and there’s a new series from be the proposal arc that should have been released in 2020, but due to covid19, it’s delayed for 2020. 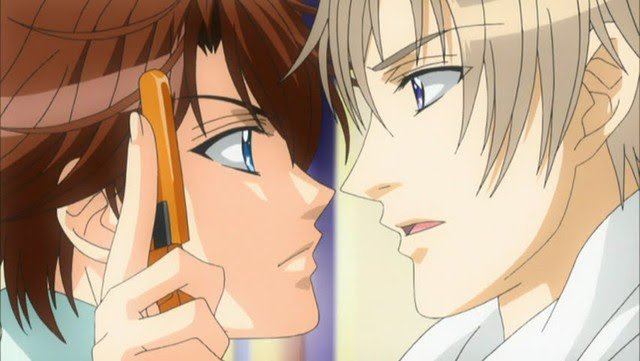 If you like yaoi and don’t want anything graphic, Gakuen Heaven is one of the anime’s.

It’s a short anime but it’s really sweet. Keita is invited to attend Bell Liberty Academy, but everyone is wondering: why was he invited if he has no talent?

Keita’s memories are slowly coming to him and he finds out more about his friend and upperclassman, Kazuki, and who he really is.

Gakuen Heaven was popular back in the day as it has several video games focused on Keita. Besides video games, there’s also a few full length dramas and manga.

These are the anime’s that I know and have watched that are Yaoi.

I like watching yaoi anime’s cause the storyline can be forbidden because of their love.

Can you recommend more Yaoi anime?

Magicami DX | Magical Girl Game (NSFW) Start Playing Now
We earn a commission from Amazon & other affiliates if you make a purchase at no additional cost to you.