Ever notice how “small” companies are in the UK, compared to the USA? Even if we’re talking about “” in general, a UK company is the last thing to come up in conversation.

We haven’t got to that point yet on a global scale (not like the BBC has for British Television).

I’m not here to say why that is…

Today I want to talk about (and share) some of the biggest companies contributing and making a difference. Some of which are pretty big, and others in between…

MVM Entertainment call themselves: “the leading supplier of all things ” for over 20 years. According to Twitter.

One things for sure though: MVM Entertainment has been in business for a long time. Specializing in ’S.

MVM Entertainment is the parent company, with the “actual” business being done over at -On-Line.

Animatsu Entertainment Ltd is a UK distribution and production company.  Focusing on ’S of films and TV shows.

The company was founded in 2015 by Jerome Mazandarani and Andrew Hewson.

At the moment they have a couple dozen series you can , like Golden Time, Parasyte and Attack on Titan.

Despite the name, Manga UK is not what you think. They’re actually licensors and distributors of films and TV shows. On an international scale.

They also publish news often for the community in the UK and beyond.

According to their about page:

“ UK successfully handled international sales for the award-winning animated feature, IN THIS CORNER OF THE WORLD”.

Out of all the companies on this list, they have the biggest social media following by far.

Animax UK is an alternative to for UK fans. They don’t have a catalogue of shows comparable to , but it’s UK dedicated none the less.

Animax is actually a company found all over the world, in places like France, Germany, India (previously), and other countries.

It’s owned by the Sony Corporation. 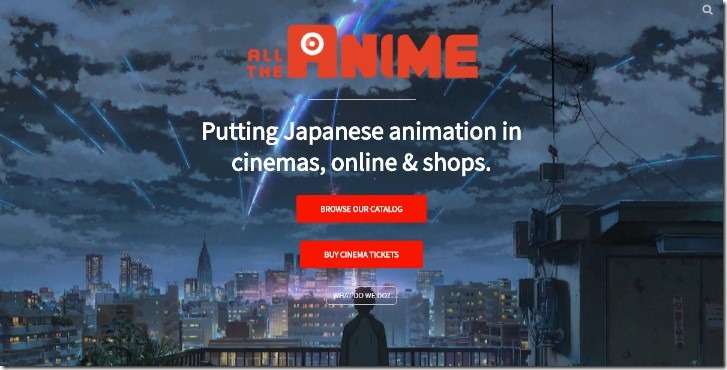 All The Anime is similar to UK. Selling, licensing and distributing ’s, films and TV series. They also sell cinema tickets to upcoming films on their website.

Similar to UK, they run their own blog and publish content related to their businesses.

The company was founded by Andrew Partridge in 2013. And is based in Glasgow, Scotland.

Make sure you check out these companies if they have something you want. And of course, if you’re a native in the UK.

If you’re like me and you’re wondering why there are so few companies in the UK… here’s a question:

Why Is the UK unrecognized in the global market?

All 5 of these companies are known in the UK to somebody. But they’re not known in the sense that no matter who you ask, everyone knows them…

Why is that? Why is it the UK has so few licenses, too many restrictions and almost no alternatives to , and other types of businesses?

Why is the catalogue of shows so small compared to the USA in particular? Surely it can’t just be the fact that America is larger, right?

I recommend you read these 2 posts for more info on that:

Why Is NOT Popular In The UK Compared To USA & Japan

The Industry Has A SERVICE Problem

Do you have anything else to add?