Is it really that bad? Are characters really sexualized as much as we’d like to believe?

Are they sexualized at all?

Or is this a case of choosing to only see this aspect of characters?

I’ll leave the answers to you for the moment.

Before I get into anything like that… Let’s first talk about why anime characters are sexualized at all.

And the reason why this won’t change anytime soon.

Why Characters Are Sexualized: 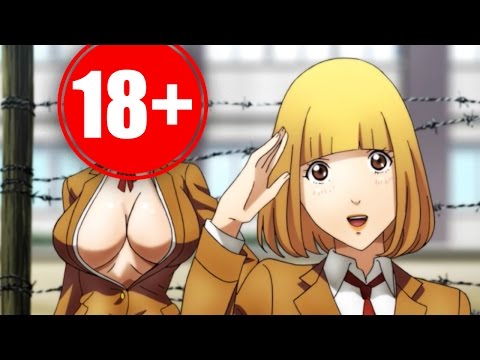 This fact reminds me of Nami from One Piece. One of the most famous One Piece itself.

In one scene… Nami is damaged, and the first thing that’s pointed out is her “knockers”, followed by a torn top and a subtle push from her left arm to keep her chest at bay.

Why is this necessary, and why do most anime fans like it? 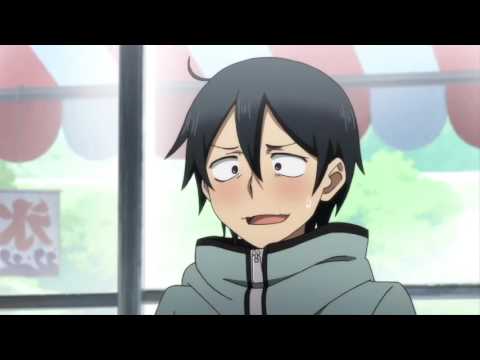 So when you see this kind of sexualization of female characters, it’s self-fulfilling.

Especially when you realize ‘s age range is mostly teenagers and people in their early twenties. 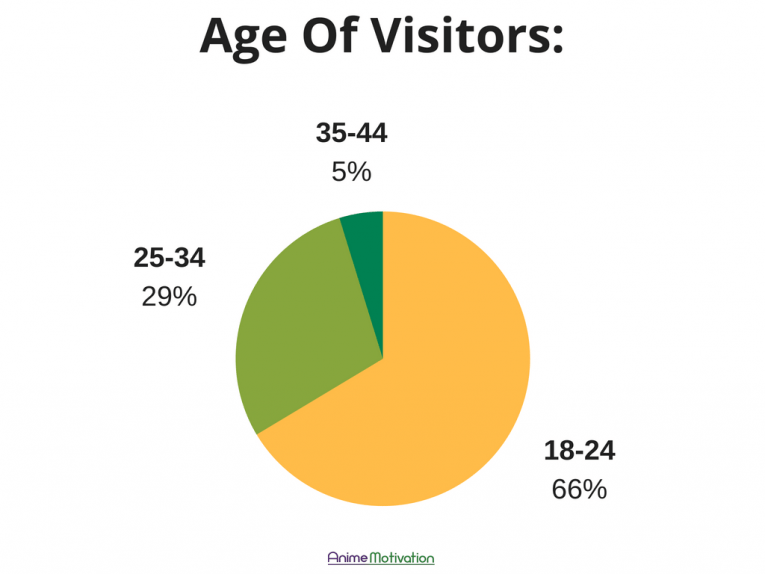 When you look at it from this point of view (based on facts) it’s hard to debate the reason.

Don’t get me wrong – fan-service and sexualization has its place. As does everything.

But the fact is – people enjoy it. So let them enjoy it. It’s not going anywhere. Though I’m not too fond of it myself (when it’s overdone).

I’m guessing fans in Japan enjoy it more than international audiences do, but I can’t say for sure.

The answer lies within their culture.

2. Fan Service has its own demand in the industry 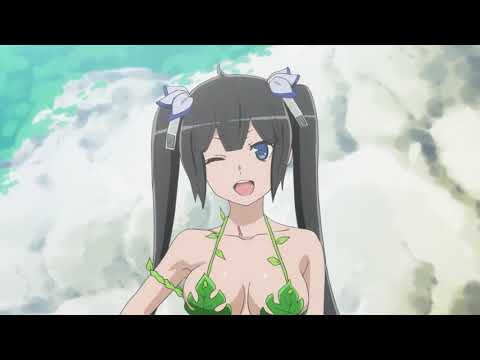 This is Hestia from Danmachi. A fantasy series with TONS of fan service.

Enough fan service to make you “choke” in disgust, or happiness. Depending on what you like or don’t like.

Personally I think it strikes a good balance, and is done within context.

But here’s the thing:

Danmachi isn’t the only with fan service 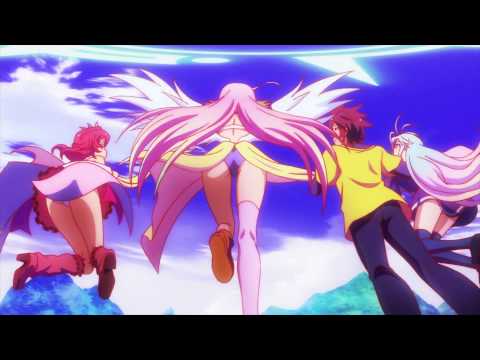 You already knew that, but this video from No Game No Life takes things a step further.

This is only a 0.37 second clip and there’s plenty of fan service from the No Game No Life squad.

Regardless of age they’re being sexualized to the extreme. And there’s no argument about it.

But… the reason this kind of thing exists is because:

The last point isn’t pleasant, depending on the type of fan service we’re talking about, but it’s the truth.

Fan service plays a big role in why characters are supposedly sexualized in the industry.

It’s not an issue to begin with anyway.

3. It’s a good tactic to get people’s attention, and Japan knows it 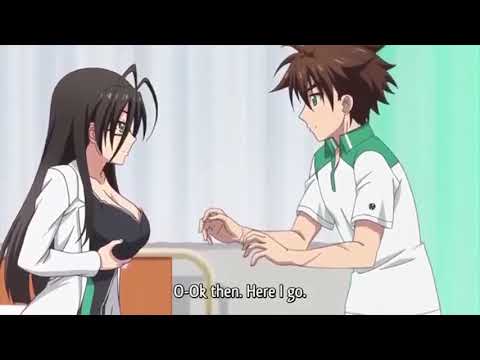 It’s not like western media is any better when it comes to sexualizing characters. In fact I’d argue it’s even worse, depending on which part of the spectrum you’re looking at.

Child beauty pageants in the UK and USA is one example, and it’s sickening. No one complains about it, least of all critics.

That aside: the media all over the world, not just with “anime”, has been doing this forever. Meaning sexualizaiton in general.

And it’s because it works so well.

Show a half-naked body of a woman (in particular) and what do you get?

Clicks, views, and then eventually: money. Because most people are lured in by the sexualization of the image.

Americans do this more than most, and these are the same hypocrites hating on , calling it misogynist because it doesn’t pander to their feelings and so on.

Related: Is Anime A Bad Influence?

4. Japan doesn’t give a sh*t about what people think

This is something I’ve mentioned before: Japan mostly cares about how the industry is doing… in their own country.

It’s why so few dubs are created overseas.

Or why there’s so few companies across the world in the industry.

I suspect the same is true with fan service and sexualization of characters: Japan doesn’t care what we think.

Is it wrong to sexualize characters? 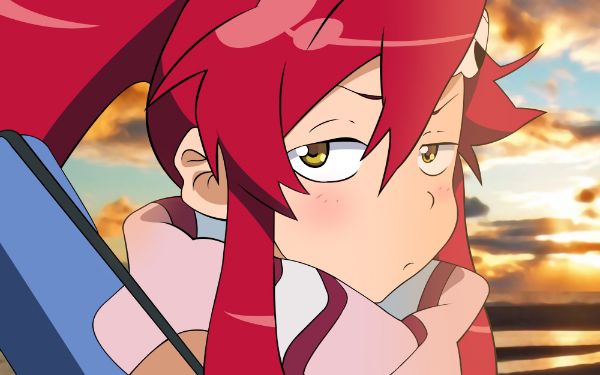 If you ask me… no. Everything has its place.

It depends on the , what’s happening in the story, and where the focus is.

it’s not wrong when it’s within the right context. Though admittedly – sometimes it’s taken a step too far. But that’s me personally.

I’m mostly talking about how cringey it can be.

When is it OK to sexualize characters? 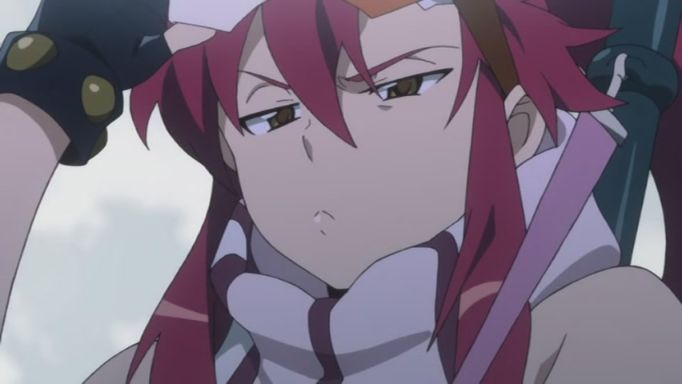 Continuing from my last point – the above is Gurren Lagann. The character is Yoko Littner.

In this kind of series – it’s understood from the beginning that fanservice is part of the series. For both male and female characters.

And in other like – it’s expected because it’s an .

are a “watered” down version of what you’d see if you watched something explicit (I’m sure you know what I’m implying). 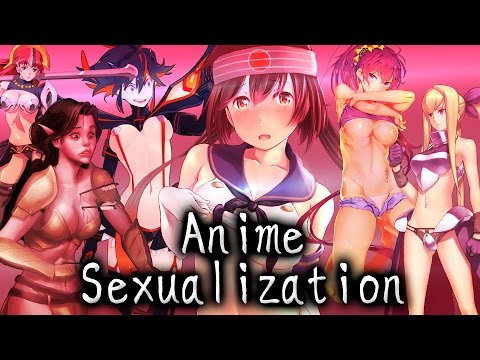 So with that said – yes, there is a time and a place for sexualizing anime characters.

And that’s regardless of how YOU perceive it. Or the west perceives it. Because remember – that’s the point of .

Man, woman, it doesn’t matter who’s being sexualized. is and that’s that.

Regardless of – that applies to in general.

But that leaves the question:

What about other genres?

In truth – most anime as a whole.

And before you roll your eyes, yes, it does happen in other genres. Just not as often as .

Sometimes you tend to see “exploitation” in these kinds of series. No Game No Life and  are examples I gave earlier in this post.

is another culprit of this.

As long as the context makes sense, it doesn’t matter. And even then, it’s not always a cause for concern.

My problem with fan service and characters being “sexualized” is when it makes no sense to the overall plot, character, story or development.

That’s when I’m forced to facepalm myself, and walk away with disappointment dripping from my taste buds.

But that doesn’t mean it’s a bad thing in the grand scheme of things. It’s preferential.

Related: The TRUTH About Anime Objectification That Nobody Talks About

Is any worse than other forms of media for its sexualization?

Have you seen the way celebrities dress in the USA?

Or the things they “get up to” in general? 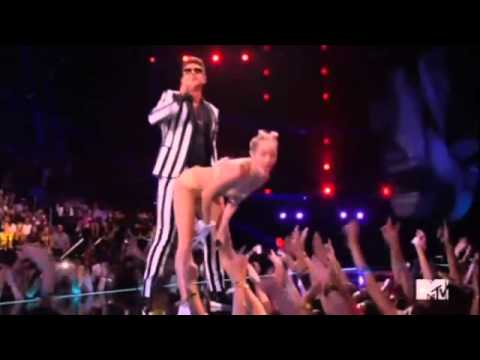 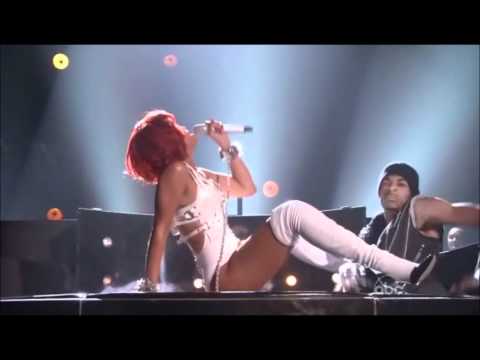 This is Brittney Spears and Rihanna. I don’t need to say much because you know who they are.

I laugh when I see this bullsh*t being labelled as “empowerment”. That’s a fallacy delusional idiots love to believe to condone bad behavior.

Aren’t they sexualizing themselves and”objectifying based on how they’re dressed? Yet nobody says anything because they’re celebrities?

Same for Cardi B and Megan Thee Stallion these days, and all that WAP shit..

The same people who have no issue with this are the ones who hypocritically target anime.

What If the roles were reversed? 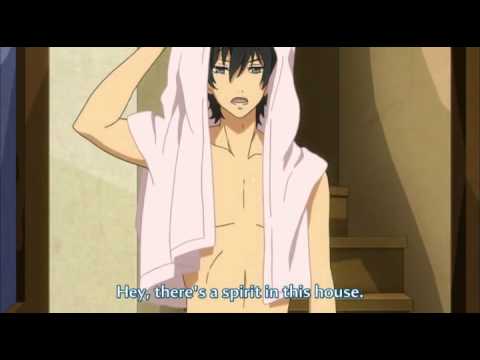 Gintama, the Fate series, and too many others have done this forever.

The only reason people complain about sexualization in the industry, which is slang for “women”, is because female characters are targeted.

That by itself is sexist because it assumes it can only be about women.

While I don’t enjoy extreme fan service, it’s not THAT big of a deal.

Most fans don’t have an issue with it. Even when it’s out of context.

As for the gender argument – It’s the same issue I have with the concept across most forms of media.

If most women were fans (70%), and male fans only made up 30%, would women complain about too much sexualization among characters?

I’m not convinced they would.

This is more about political correctness than it is about addressing a real problem.

Outside of that – can we finally put this argument to bed now?

Let’s focus on REAL problems of sexualization in society itself. Like how the same SJW’S in the US complaining about characters will sexualize their own teenage celebrities, teenagers in general, and so on.

THAT is a problem.

Not some fictional sh*t happening in a fictional universe that doesn’t affect the world we live in. And has no correlation whatsoever.

Complaining and being politically correct in general… is mostly about bias, SJW nonsense and hidden agendas.

It’s easy to point fingers rather than clean up your own mess in your own back yard.