The plot and story of this is about Aladdin, a magi, which is a person who’s destined to choose a candidate to be king.

They’re also unnaturally powerful when it comes to magic.

Magi Labyrinth Of Magic has obvious influences from the original Aladdin series. So there’s an obvious south Asian vibe to it.

From the hats they wear, to the main character Aladdin using a flying carpet… 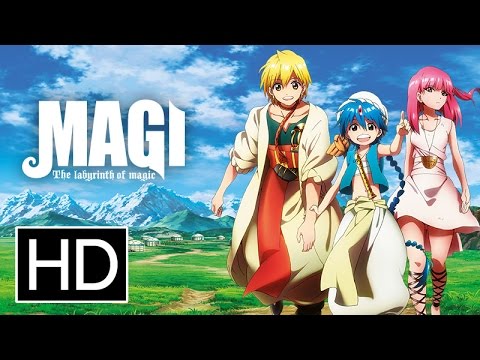 1. Children of the Whales 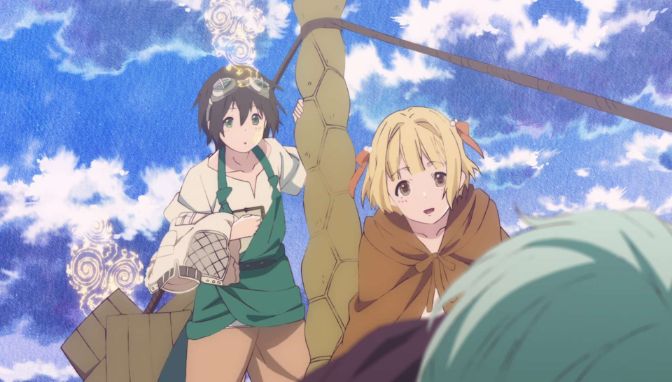 Children Of The Whales is an series I haven’t watched in a good while.

All the characters are living on a moving island. the island is actually a massive mud Whale.

Chakuro, the MC, has an addictive habit of documenting things. To the point of others seeing it as an illness.

I can’t say much else to avoid spoilers, but this is what drives the series forward.

Some characters are gifted with abilities, others swordsmanship and battle. And the plot starts out tragic pretty quick.

Mystery is a big part of this series aside from fantasy, which distinguishes it a bit from Magi. 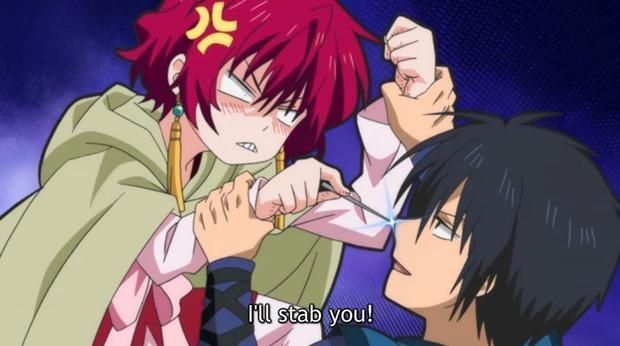 Yona Of The Dawn is one of those that desperately need a 2nd season. It has the material to make it happen as well.

It’s about Yona, a red haired princess who loses that title, goes on the run with her bodyguard, and turns a new chapter.

Living life as a princess made her weak, fragile, and unable to do the things she needs to survive. And she learns this while being on the run.

It changes her, and you get some good character development.

It’s truly an underrated series, especially one that focuses on magic and things along those lines.

3. Guardian Of The Sacred Spirit 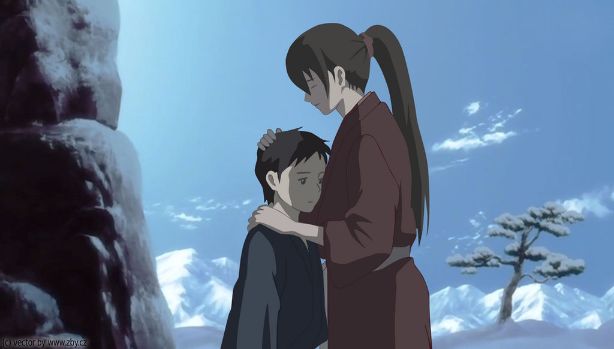 Guardian Of The Sacred Spirit is a little more tame when it comes to areas of magic and the flashy stuff that comes with it.

That said, it’s still a fantasy series and that’s an important theme.

It’s about a prince who also has to go on the run (like Yona) because his kingdom is trying to kill him off.

A woman named Balsa defends him, helps him survive, and protects him with her life. She’s a strong female character who deserves more credit.

Guardian Of The Sacred Spirit is one of those quality anime that doesn’t get shouted about as much as it should. 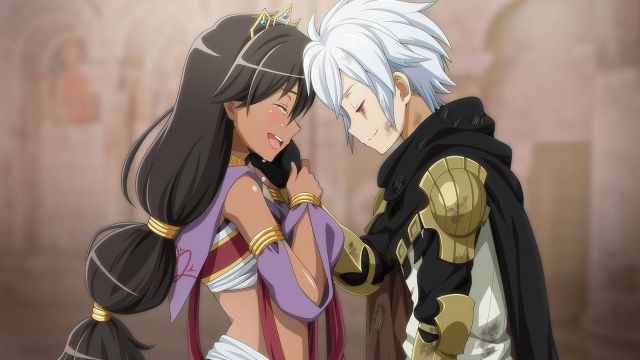 Danmachi, or in English: Is It Wrong To Try Pick Up Girls In A Dungeon?

You can tell it’s adapted from a novel by it’s title.

It’s about Bell Cranel, an adventurer who’s almost killed while in a cave fighting monsters.

A woman called Ais Wallenstein saves his life. She’s a swordsman and she becomes his inspiration.

Bell Cranel also has a Goddess, a poor one, relative to the and how the world works.

It has 3 seasons so far. 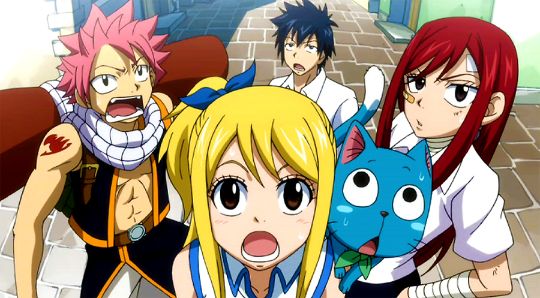 anime as far as resemblance.

It’s about Heartfilia, a girl who wants to join the guild. She uses gate keys to summon spirits for battle.

it’s also about Dragneel, a dragon slayer who rolls around with a talking cat pretty much.

The real story is obviously way beyond this with the ’s 300+ episodes, plus movies.

There may be fan service and even “the power of friendship” cliché, but it doesn’t take away from the ’s quality and ability to stir the emotions. And make you connect with its characters.

Related: 21 Anime Opening Songs That Will Entice You To Watch Each Series 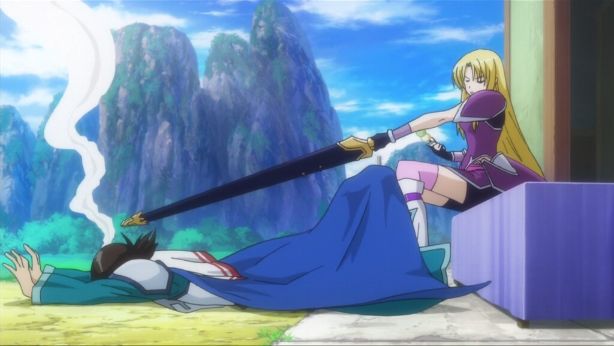 The Legend Of The Legendary Heroes is an with historical vibes, and plenty of brutality. More violent than Magi in some ways.

It’s about Ryner Lute, a guy who seems too lazy to do anything. He has a secret power that causes him to go berserk. That’s where the violence stems from.

The adventures in this involve him and a blonde girl you can think of as a Tsundere.

Definitely not the most known , but still relevant and worth the mention.

Read: 12 Of The Greatest Anime About Japanese Culture 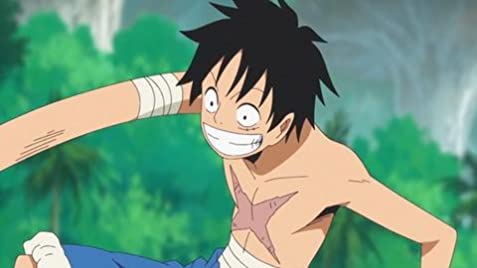 One Piece really needs no introduction, but why not. It’s about pirates and their adventures across the ocean. Town to town, island to island.

Monkey D Luffy is different to most protagonists in Shonen. He’s not motivated by cliches and won’t jump in to save someone just because.

His main goal is to search for a treasure, which most people scoff at in the beginning.

When you think about the setting of , the scenery, and how they travel, it’s extremely similar to Magi.

Main difference is one has magic, the other doesn’t. ’s equivalent is the devil fruit. 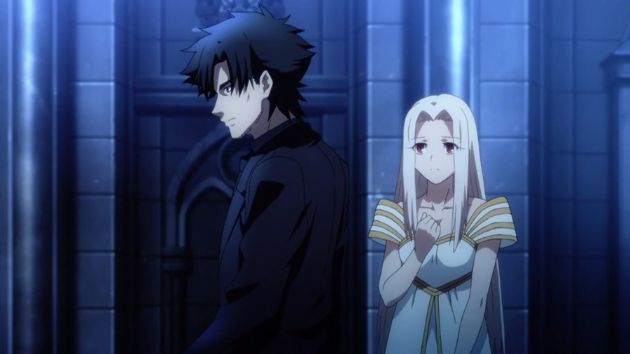 Fate Zero is one of the most important magic series of all time in my eyes. The quality is just on another level all together.

It’s about mages who summon familiars to fight in a Holy Grail war. The purpose is to win and have their wish granted by the Holy Grail.

In between there’s obvious war, action, fights, murder, and the back and forth that’s expected given the circumstances.

What really sets Fate Zero apart is its characters, their motivations, mindset, and the unreal visuals between fight scenes and regular footage.

It easily competes and even destroys more modern being released in 2021, despite being older. 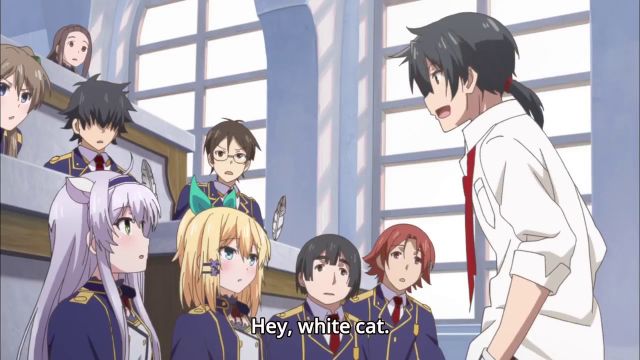 Rokudenashi is about Glenn Radars, a “step in” teacher at The Alzano Imperial Magic Academy.

He’s lazy, laid back, easy going, and doesn’t take him self seriously most of the time.

Other main characters are Rumia Tingel, and Sistine Fibel. They’re all basically a trio.

The adventure aspect that you see in Magi isn’t here, not to that extent. But it does have elements that crossover.

It’s in desperate need of a 2nd season, just like many novel adaptations.